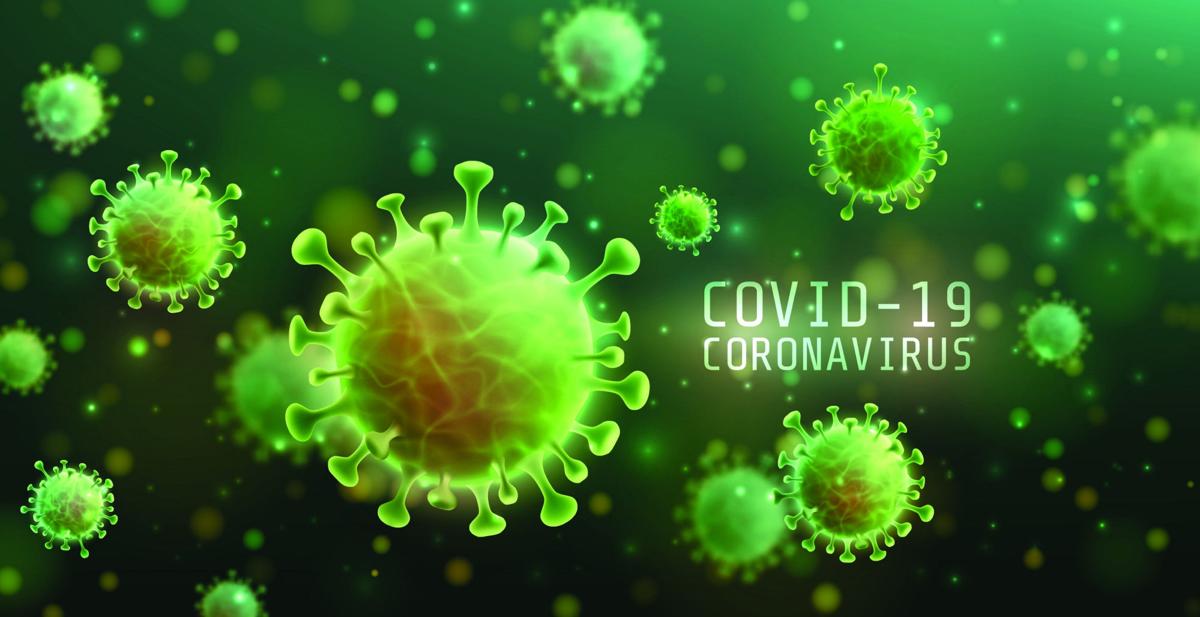 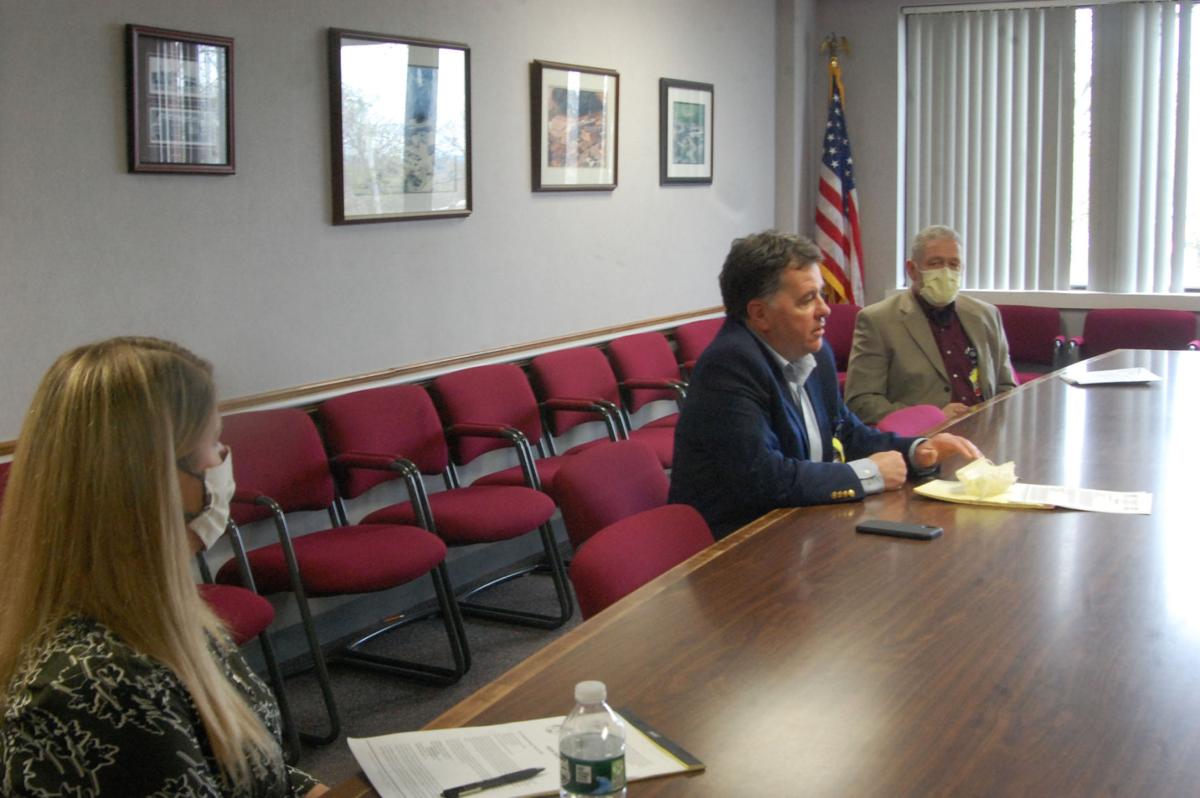 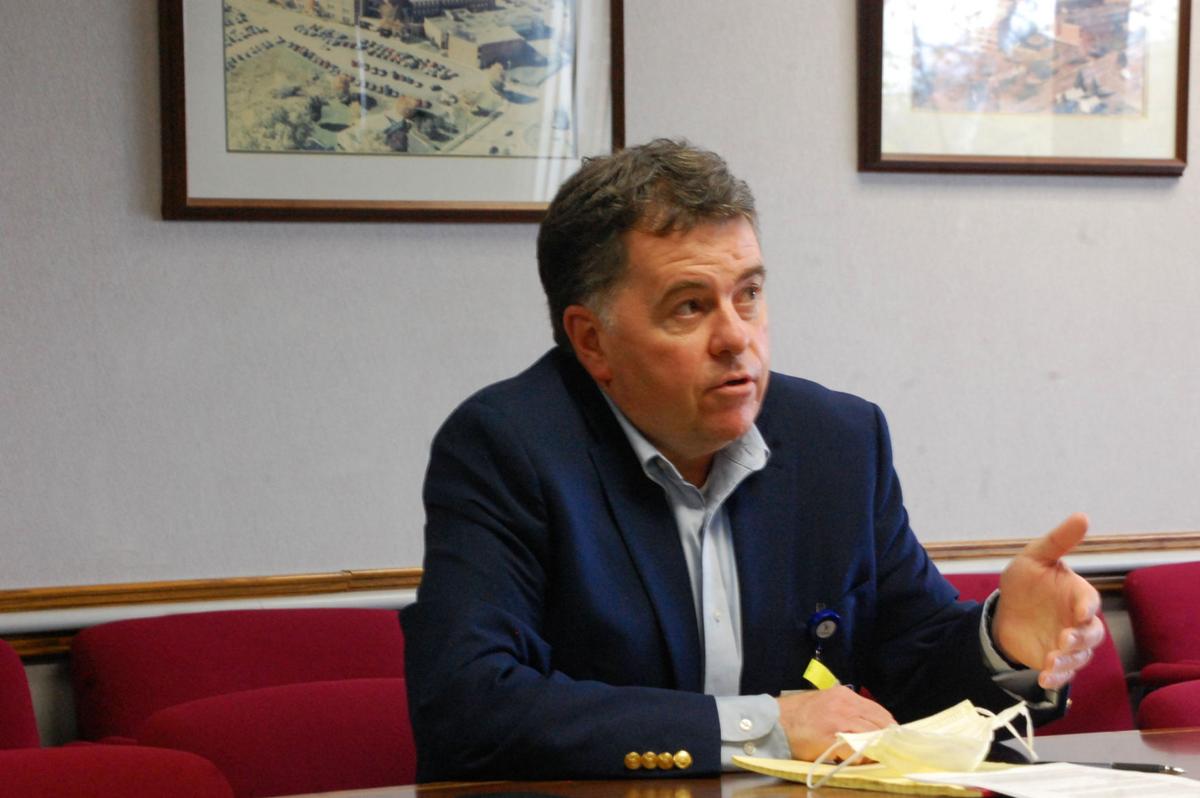 LOWVILLE — Although five more people tested positive in Lewis County as of Friday night for the novel coronavirus which causes COVID-19, four of those people tested negative for the virus with a different lab Saturday morning.

According to Lewis County Healthcare System Chief Executive Officer Gerald R. Cayer and Public Health Director Ashley Waite, four of the people confirmed to have the virus work at the county nursing home, which is part of the Healthcare System, and exhibited no symptoms. Because of the “background” of those people and the fact that they had tested negative in the first round of mandatory staff and patient testing beginning on May 5, new tests were conducted Saturday morning.

“When you do these tests they are in a point in time. You could have been exposed but then, depending on where you are in the incubation period it may not (show) in testing,” Mr. Cayer said during a press conference Saturday afternoon held at the hospital on North State Street. “I think from a due diligence perspective it was important for us to confirm that they were positive.”

Two additional swabs were done on the four individuals and sent for rapid processing at the Samaritan Medical Center as well as to the Healthcare System’s normal processor, also called their “reference lab,” LabCorp.

The tests processed at Samaritan all came back negative. They were done using the same rapid test analyzer the Lewis County facility anticipates to have online by the end of the month, the Cepheid Xpert® Xpress.

Results from LabCorp, which also processed the tests that came back positive, are expected back on Sunday.

“When you run institutions like healthcare, we have to work hard to rule out the false positives because it fundamentally alters how we address operations... it impacts who can work, when they can work and how we can provide care,” Mr. Cayer said.

Even if the four cases turn out to be false positives, Mr. Cayer said the people are likely to have to remain in isolation until Department of Health officials can evaluate the situation and “issue guidance” about how to move forward.

The four staff members do not work in the same departments and are isolating in their homes.

The swabs that resulted in the positive results were taken on Thursday, when about 423 people were tested. They included 260 full-time, part-time and casual employees as well as a number of hospital staff who frequently go into the nursing home, like physical and occupational therapists, maintenance and dietary staff members.

The fifth person who received a positive result on Saturday is also isolating at home and was exposed to the virus out of the county, Mrs. Waite said.

The fifth person was not retested, Mr. Cayer said, because the extra testing was only done because some “flags went off” about the employee test results.

“I did it from the employer’s perspective. I wanted to make sure we took all necessary steps for our employees and in my mind I think it is good due diligence. It really isn’t a public health decision point, if you will, but I was very transparent with Ashley and said, ‘Hey listen, this one concerns me, so I think we’re going to do a little bit more testing,’ if for no other reason than to just validate and have clear understanding.”

Mrs. Waite said contact tracing was nearly complete relating to all five cases. Staff members, residents and family members were contacted earlier in the day about the situation.

The county had a 15 day period with no positive test results in April.

LOWVILLE — Lewis County confirmed another COVID-19 case as of Sunday morning, bringing the county’s total number of confirmed cases to 20.