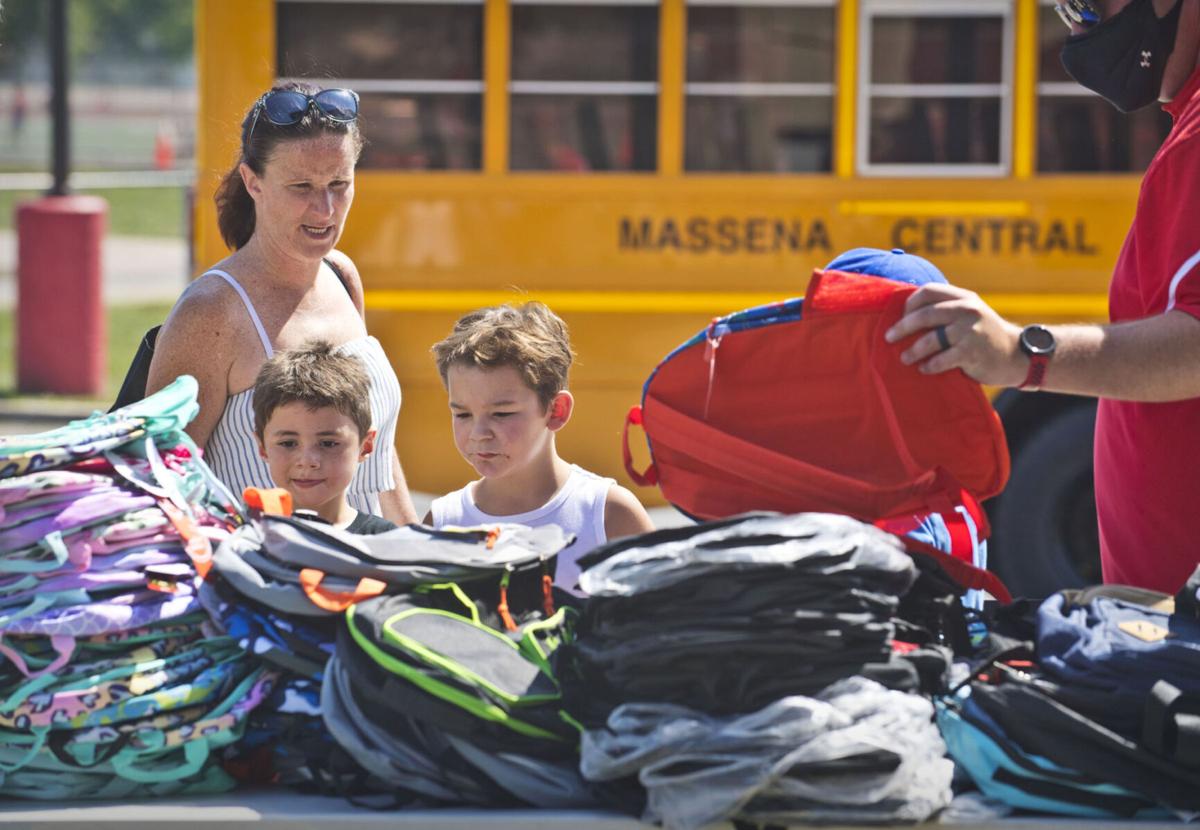 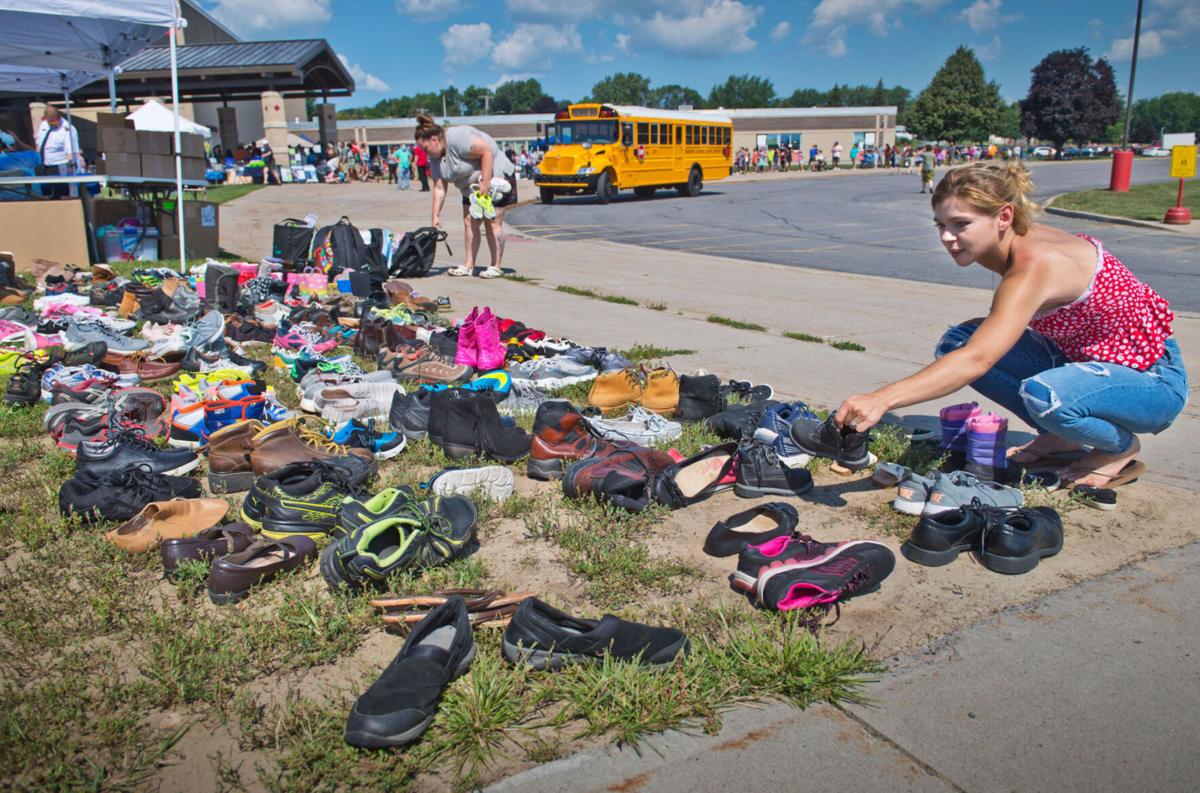 Caroline Dominique, right, looks for a pair of shoes for her son at the Salvation Army display during the Massena Central School District’s Ready 4 School event. Christopher Lenney/Watertown Daily Times 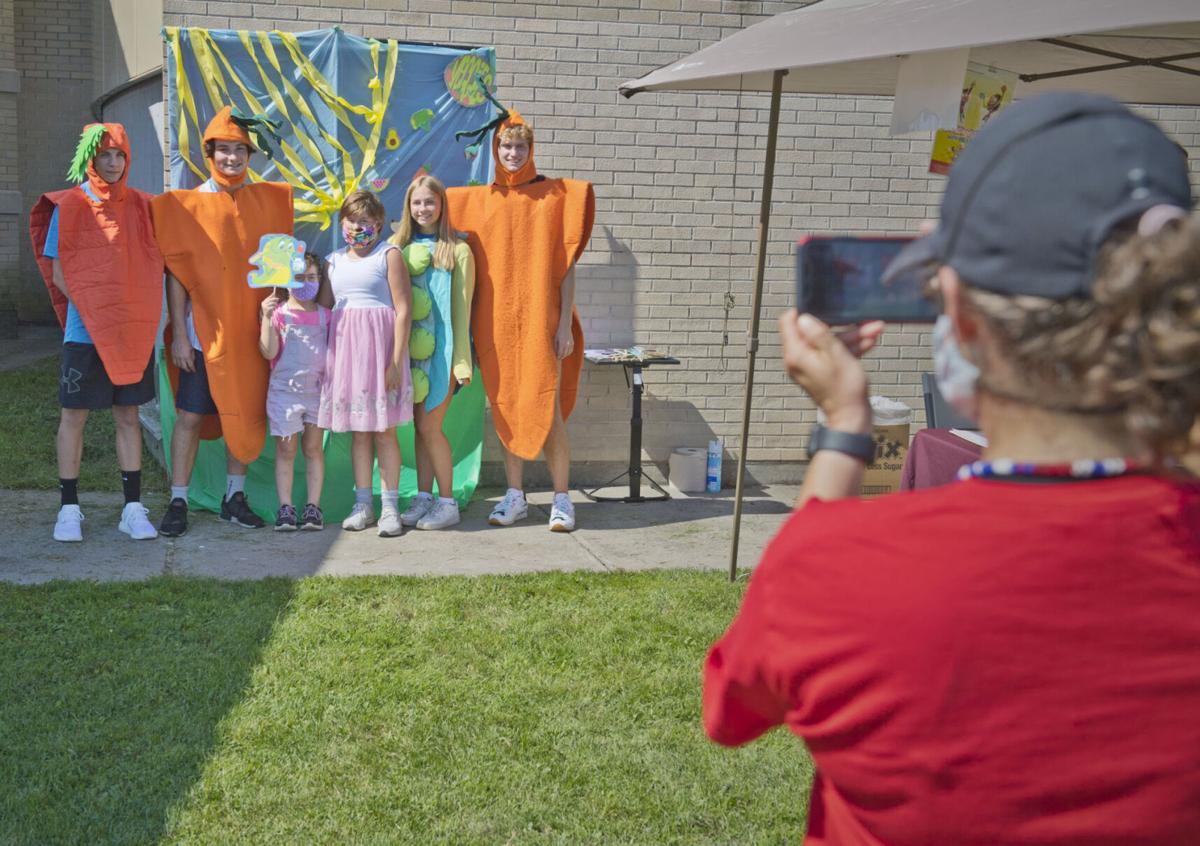 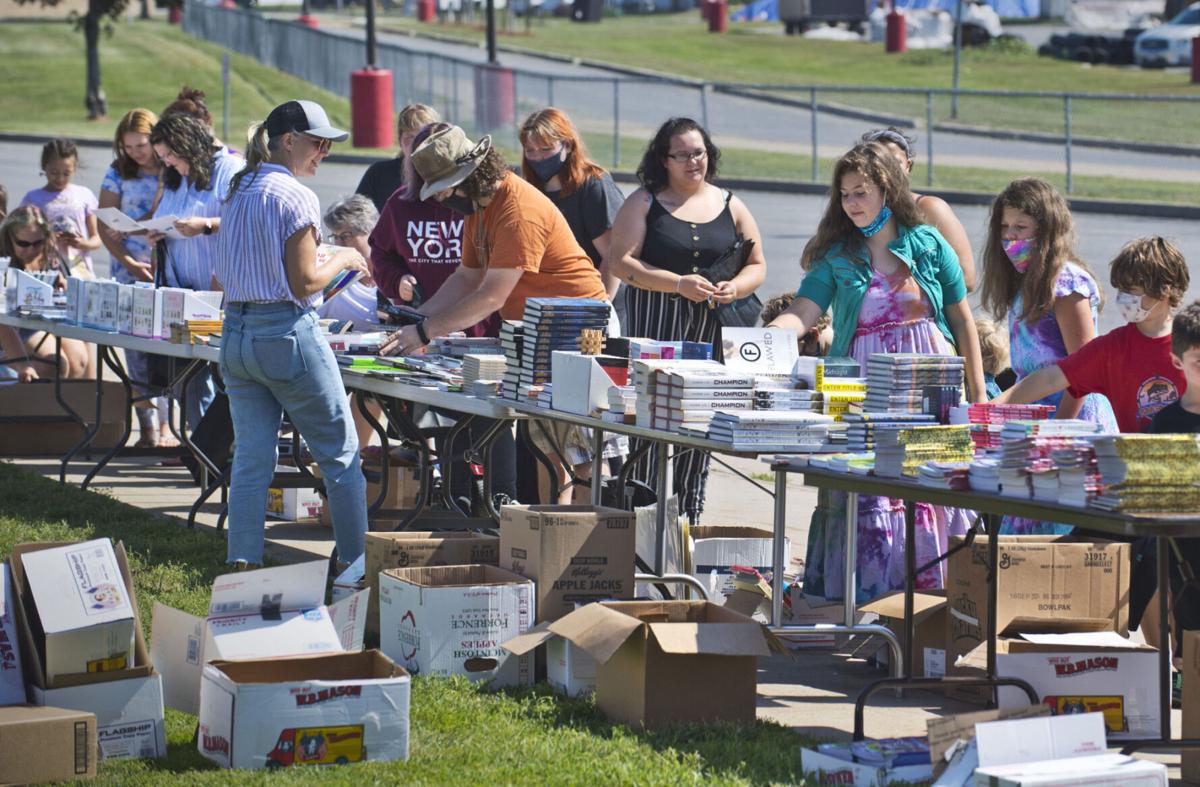 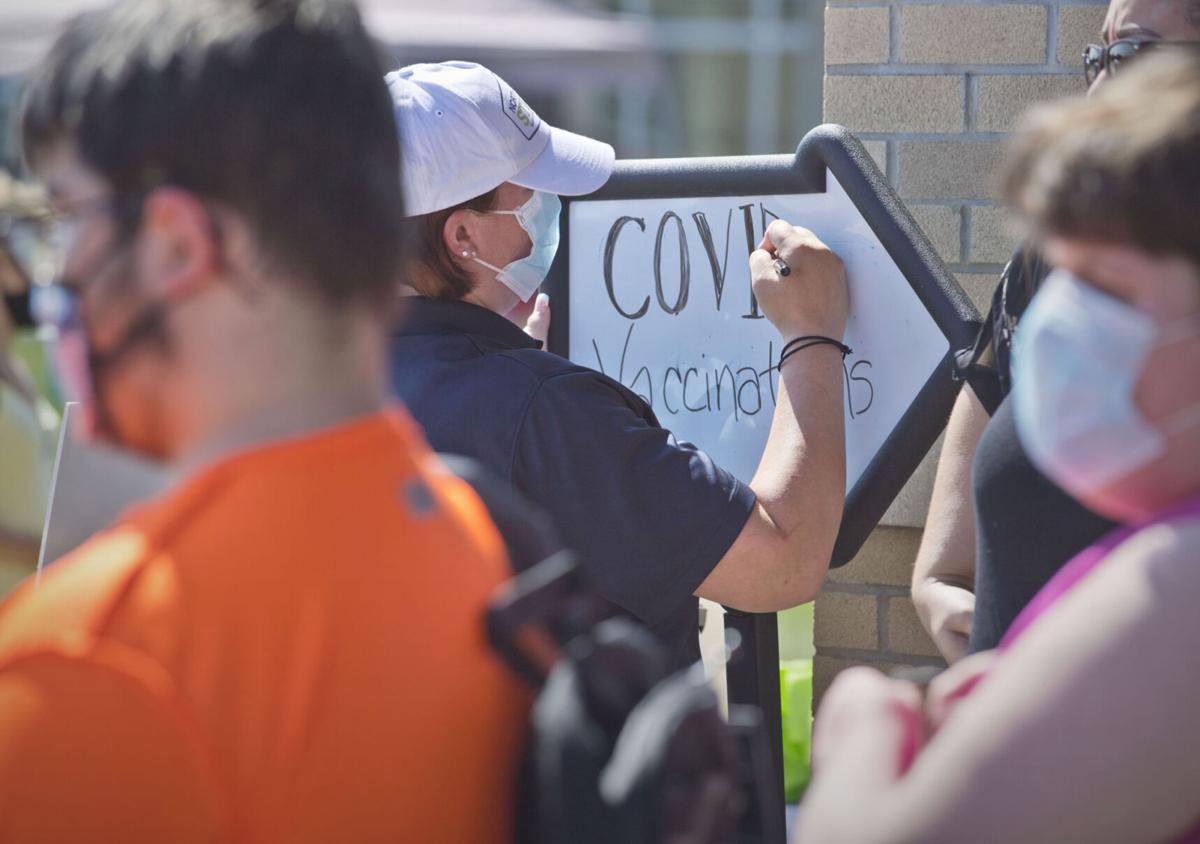 Caroline Dominique, right, looks for a pair of shoes for her son at the Salvation Army display during the Massena Central School District’s Ready 4 School event. Christopher Lenney/Watertown Daily Times

MASSENA — In a sure sign that school bells will soon be ringing, the Massena Central School District welcomed families and students back with its third Ready 4 School event last week, in preparation for the Sept. 3 opening.

It was the return of an event that had to be downsized last year because of the pandemic. Instead of having an in-person event, the district collected school supplies and distributed them to the different schools, where they were handed out by counselors and principals to students who needed them.

This year’s event was completely outdoors in front of the high school. From the start, a long line snaked around the front sidewalk as families waited to get to several tables that were carrying stacks of books, two tables that were piled high with all types of donated backpacks, and several tables with school supplies like pens, pencils, notebooks, folders and more — much more.

Another area that drew a lot of attention were four chairs that had been set up for free haircuts, and others took advantage of a free Pfizer vaccination clinic for everyone 12 and older, provided by the community Health Center of the North Country.

The commanders of The Salvation Army in Massena had a table filled with water bottles, 700 to be exact, according to Lt. Nicholas White, who manned a station with his wife, Lt. Jennifer White.

The commanders had recently been reassigned to Massena, and they’ve been introducing themselves to Massena and surrounding communities.

“We’re trying to be active,” he said.

Lt. White said they had also participated in the recent Love Massena Day at Alcoa Park and handed out 300 free snow cones.

A 40-foot bus “mobile mission,” which serves as a mobile food pantry has taken the commanders throughout St. Lawrence and Franklin counties to areas that recently included Saranac and Tupper Lake, meeting with those who can’t make it to Massena for assistance.

“We’re on the road every Friday,” he said.

On Tuesday, in addition to the water bottles, the lieutenants had pamphlets and other information about their services. One of their upcoming events is a circus with games, food and fun from 5 to 7 p.m. Sept. 8 to kick off The Salvation Army Kids Kafe. It will be held at Salvation Army headquarters at 78 Victory Road.

The office also offers information on other topics such as teen driving, bicycle safety, safe driving, laws and safety tips, and distracted driving.

For those who are no longer using car seats, a new law says that all back-seat passengers, like those in the front seat, must buckle up. All children under age 13 should ride in the back seat, Ms. Conger said.

According to the state Department of Health, car crashes are the leading cause of deaths and injuries among New York “tweens,” those between ages 8 and 12. Most tweens who were seriously injured or killed were not wearing seat belts.