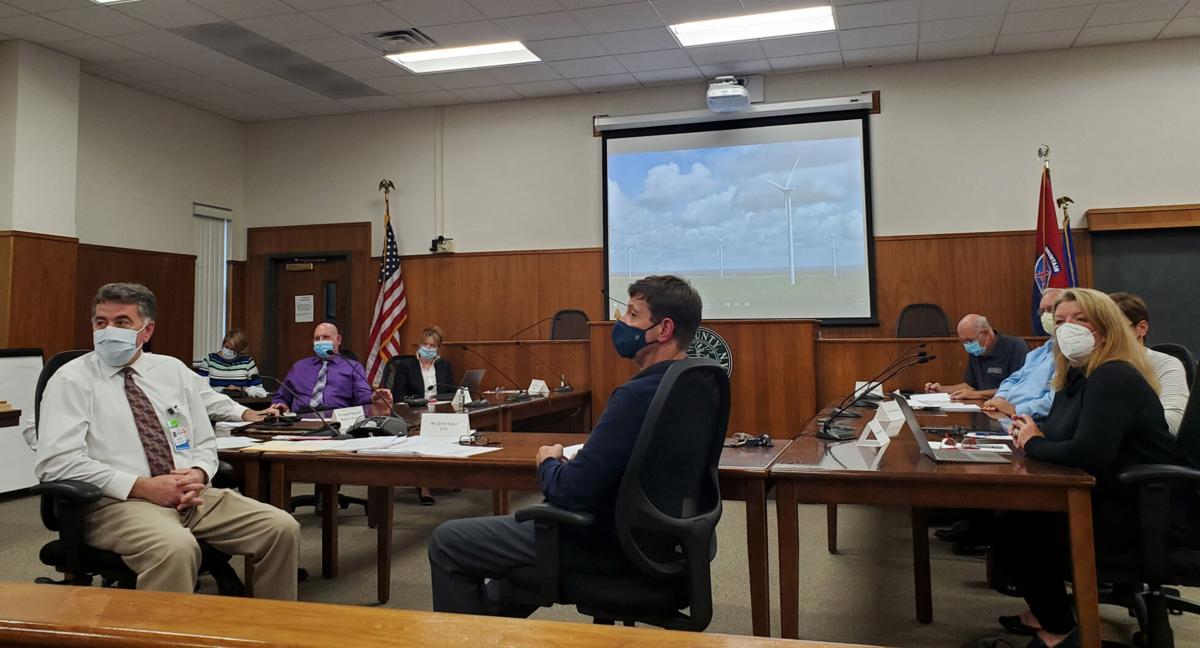 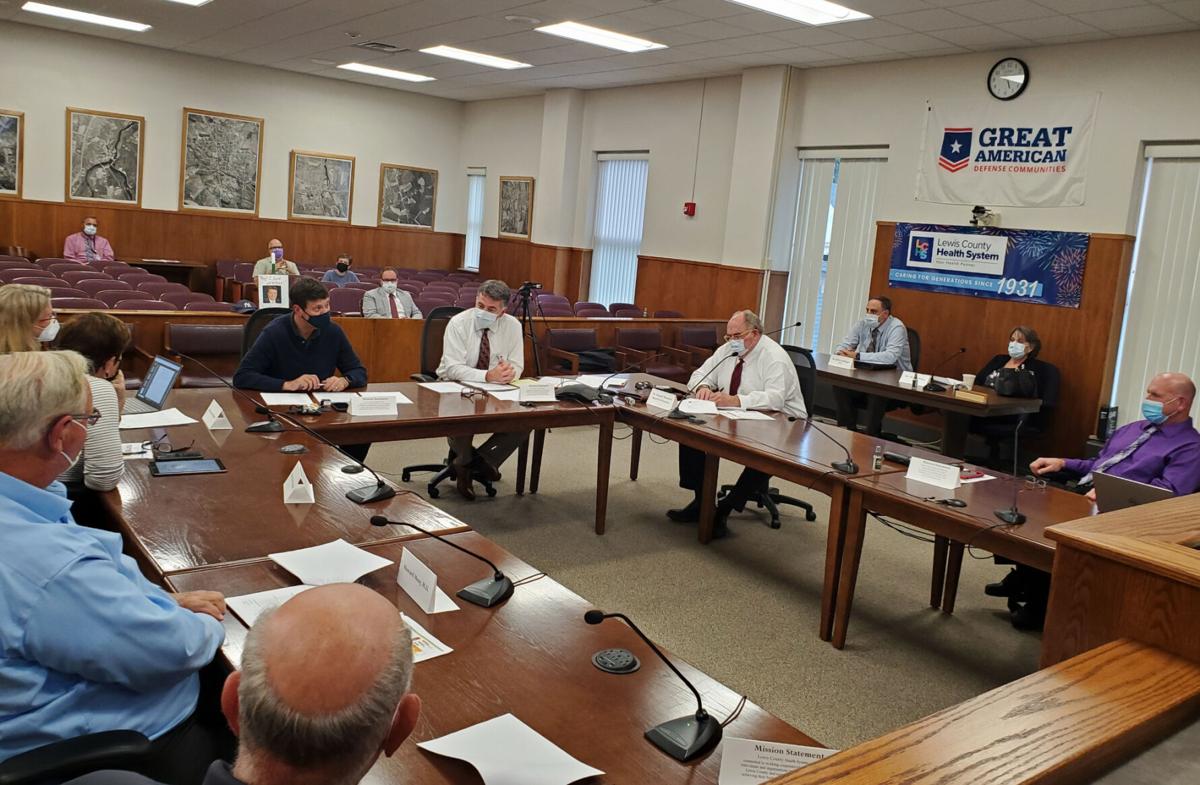 The Lewis County Health System board met on Monday night at the Legislative Board Room in the County Court House on North State Street. Julie Abbass/Watertown Daily Times

The Lewis County Health System board met on Monday night at the Legislative Board Room in the County Court House on North State Street. Julie Abbass/Watertown Daily Times

LOWVILLE — A shortage of healthcare workers existed for years before the COVID-19 pandemic made it worse and controversies surrounding vaccinations for that disease compounded the problem, especially for small, rural hospitals classified as “critical access hospitals.”

Now, as staffs continue to be whittled down to skeletons, time will tell if the numbers are enough to keep services rolling.

On Sept. 10, when the leaders of Lewis County Health System informed their community members through local news agencies that baby deliveries would be “paused” at the facility because of the number of staff members unwilling to be vaccinated for COVID-19, it turned out the whole world was listening.

That “pause” went into effect on Saturday, but overall, the facility does not anticipate having to pause any other departments, at least for now.

Chief Executive Officer Gerald R. Cayer announced at Lewis County Health’s board meeting on Monday night that 677 people had been vaccinated as of noon and only 12 people had yet to be vaccinated or resign. There have now been 35 resignations, down from 43 on Friday, because some staff members either chose vaccination after all or filed a religious exemption.

There have been five medical exemptions approved and 26 religious exemption applications awaiting the federal judge’s decision on the case to require them brought to federal court in Utica.

“Some, when push comes to shove, will vaccinate,” Mr. Cayer said about those who remain, however everyone who is not vaccinated and has not received an exemption is on unpaid leave starting today .

They have until Friday to make a decision when, if they decide COVID-19 vaccination is not for them, they will be terminated for cause, with varying termination dates. All of the small rural hospitals are giving their staffs at least some time on unpaid leave to ensure they are making the right choice for themselves before the final termination happens.

On the surface, it is a similar story for many hospitals: vaccination numbers have skyrocketed at most facilities, bringing vaccination percentages into the high 90s. Similarly, unvaccinated and exemption numbers are low.

Another critical access hospital, Carthage Area Hospital now has only six unvaccinated people on their staff of 484 people. Eleven people have resigned from the facility.

Carthage Area and Claxton-Hepburn Medical Center, which are both administered by CEO Richard Duvall, have been able to share staff when needed and keep all of the services flowing.

“We’re actually sitting pretty good at both institutions, and we see no reason to pause any services or anything along those lines,” Mr. Duvall said.

Located in Ogdensburg, Claxton-Hepburn is not rural or designated as a critical access hospital but as the sister organization to Carthage through Mr. Duvall, it is critical for that rural facility.

The 823 people who “can be vaccinated” includes full-time, part-time and contract staff, and students — anyone who comes on the campus and has been required by the state to be vaccinated, Mr. Duvall said. Twelve people are still unvaccinated, and 12 others have resigned since the mandate was handed down.

He said there had been “a handful” of exemptions at each hospital — definitely fewer than 20 between the two.

Both hospitals have a number of vacant positions that they will try to fill by “working collaboratively” and by working with their “preferred vendors” for temporary staffing, Mr. Duvall said.

That is the same story for most hospitals around the state, not just the north country’s “critical access hospitals.”

While Gov. Kathy Hochul announced over the weekend the possibility of bringing in trained medical staff from the National Guard in the state or from other states and countries, hospital leaders are watching to see what will pan out considering many reservists with the training and skills needed at these facilities already work for hospitals throughout the state, even some locally.

The smallest and most rural of the north country’s critical access hospitals, Clifton-Fine Hospital in Star Lake in southern St. Lawrence County, has 20 beds and 100 employees.

Only one employee refused vaccination for COVID-19, so staffing isn’t the biggest problem for this facility.

“How I see this whole thing affecting us in critical access hospitals is certainly the downward effect of this from regional hospitals that already had some vacancy rates, so even 10 percent more is a crisis for them to be able to staff beds for us to transfer to,” CEO Diedra Sorrell said. “That is already the absolute effect that already became clear over the weekend when we got notifications from some of the bigger trauma centers that we would typically look to transfer to.”

She said as a critical access hospital, they generally “stabilize, treat and transfer,” which will get harder to do as the staffing crisis continues.

The example she gave was any new case of COVID-19, which up until now, has automatically been transferred because of concern that the level of treatment required would get too high too fast, like serious breathing issues and the need for a ventilator.

Now, however, more is known about the virus and treatments are available to prevent cases from getting serious, so Ms. Sorrell said they will likely keep those patients at Clifton-Fine and take care of them.

“We’re two years into this now and when we made that policy, we didn’t know what to expect. We are perfectly capable of keeping people who are not critical,” she said.

River Hospital in Alexandria Bay has been taking a similar approach from the beginning, treating the less serious cases in order to make room for the more serious COVID-19 cases at the larger regional hospitals.

But the concern of not having any empty beds for the most sick patients is also worrisome to the larger hospitals.

St. Lawrence Health System, which has one critical access hospital under its umbrella, Gouverneur Hospital, in addition to larger facilities including Canton-Potsdam and Massena Hospitals, is already seeing the systemic impact of the staffing shortage.

“The staffing shortages have a hospital-wide domino effect that starts with the lack of nurses and nurse assistants to treat acute inpatients. Providers may not be able to admit patients to in-patient status from the Emergency Department, or to non-critical patient status from the Critical Care Unit,” said St. Lawrence Health Vice President of Administration Jeremy Slaga via written statement. “These situations further create a traffic jam that limits the staff’s ability to admit new patients.”

So far, however, the critical access hospitals have all been able to pivot, redistribute and realign staff to keep services going.

At least for now.