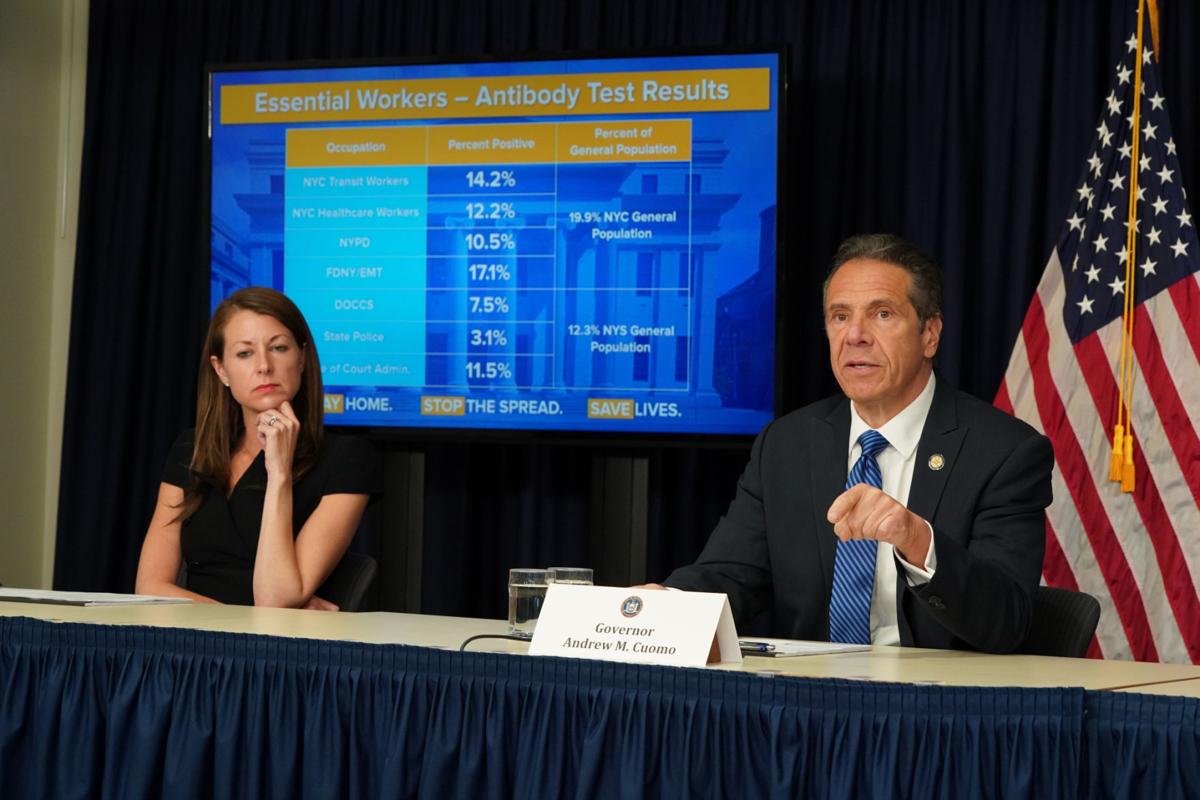 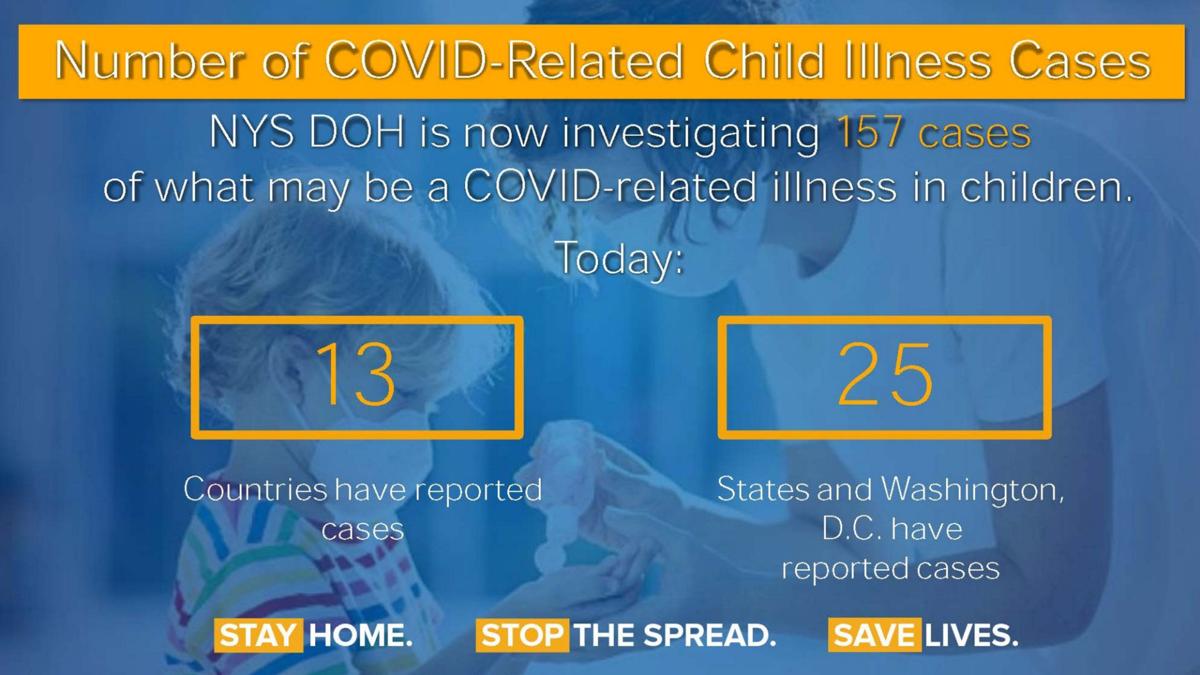 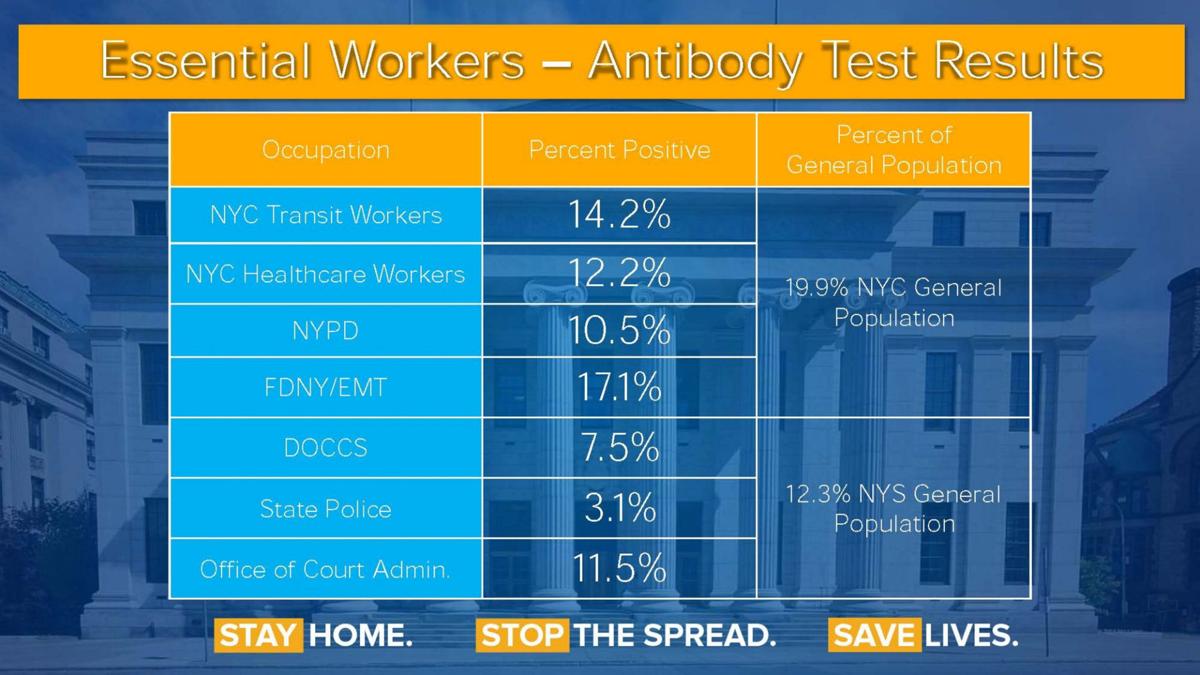 Summer school will not open in New York for in-class learning and will be conducted through online distanced learning to reduce the risk of virus spread, Gov. Andrew M. Cuomo said. Meals and child care for essential employees will continue.

The decision comes on the heels of dozens of medical experts studying at least 157 New York children with COVID-19 complications causing inflammation of blood vessels and extremities, mimicking symptoms similar to severe illnesses such as Kawasaki disease and toxic shock syndrome. Officials initially reported the virus does not primarily affect children.

“It’s quite serious — we’ve lost a number of children,” Gov. Cuomo said Thursday during a briefing at his Manhattan office. “The more they investigated this, the more cases they’ve found.”

The governor did not specify the number of deaths to date, but reported three May 11. As of Thursday, 13 countries and 25 states and the District of Columbia have reported similar cases in children.

It remains unclear how long it takes for symptoms to appear after a child is exposed to COVID-19. Officials have not made a decision about students returning to classrooms in the fall.

“As the facts keep changing, prudence dictates you don’t make a decision until it’s timely and you have the most recent facts to make a decision,” Gov. Cuomo said.

The state will issue guidelines in early June for schools and colleges to start preparations for socially distanced learning. Schools must submit plans for state approval in July.

The state has not released guidance about summer camps. Budget Director Robert Mujica said officials are reviewing those guidelines and will announce a decision by early June.

The state’s sales tax filing deadline was extended another month to June 22. It was first extended to May 19 at the start of the crisis in March.

The state saw 105 virus-related deaths Thursday, including 78 in hospitals and 27 in nursing homes. The state’s coronavirus death rate remains flat after totaling 112 fatalities Tuesday, 105 on Monday and 106 fatalities Sunday.

Officials reported 246 virus patients entered hospitals statewide Wednesday — down from an average of about 400 new daily hospitalizations last week and 600 daily the week prior.

“We’re actually lower than we were when this first started when this COVID crisis hit us,” Gov. Cuomo said. “So, that’s really good news. We got over the mountain.”

The state Legislature is looking to reconvene early next week and tackle a host of coronavirus-related measures that have been floated over the past two months.

The state Senate is expected to return to session remotely on May 26 and 27 — the first legislative work for lawmakers since approving a scaled-back state budget April 2, or after the April 1 deadline.

The Legislature has conducted two COVID-19-related hearings since on the pandemic’s impact on small businesses and communities of color across New York. Some lobby groups have called for pay cuts for state lawmakers who would have been in session for most of the last two months.

“I talk to the legislative leaders with every significant thing I do with executive orders, so I’ve been talking to them all along,” Gov. Cuomo said.

State legislators have been working hard communicating with people across their districts, the governor said.

“People think ‘well, they’re not in Albany, they’re not working,’” he said. “No, they’re working. I think they’re working harder than they’ve ever worked, by the way, because the demands in the district are very high. They’ve been involved with everything we’re doing. Whatever they plan do, we’ll talk about.”

Both the Senate and Assembly can resume legislative session using remote technology such as video conferencing, allowing lawmakers to vote on bills without entering the building. The current session is slated to end June 2. Lawmakers must pass a measure to extend session or convene a special session into the summer to continue to vote on bills.

State Sen. Majority Leader Andrea Stewart-Cousins, D-35, and Assembly Speaker Carl Heastie, D-83, have expressed a desire to return to work. In recent weeks, representatives of both legislative leaders said they were waiting for congressional action on financial relief for states and local governments before proceeding with state measures.

Officials have said New York faces a $61 billion budget shortfall over four years, and state education, hospitals and localities should expect cuts up to 20 percent, which would likely slash spending for schools, healthcare workers and first responders.

The governor reminded New Yorkers again Thursday the importance of wearing face masks or coverings in public while pointing to a graph showing downstate essential workers — including transit and healthcare employees, police and firefighters — all had lower COVID-19 infection rates compared to New York City’s general population of 19.9 percent.

Businesses must provide face masks and proper PPE to all employees and enforce social distancing measures, including maintaining six feet between employees and customers and reducing density, in accordance with state Department of Health guidelines.

To report employers who are not following PPE, hygiene and social distancing protocols or providing masks to employees, call 1-888-364-3065 to file a complaint with the state.

COVID-19-positive New Yorkers will likely get a call from a regional contact tracer, who helps people remember who they came into contact with and determine potential exposure. The call will appear from “NYS Contact Tracing” on a smartphone.

“You should answer that call,” Gov. Cuomo said. “It’s not a hoax. It’s not a scam. It’s not a fraud. It’s for your health...for your family’s health.”

State beaches and lakefronts will open at 6 a.m. Friday and remain open through Monday through the remainder of Memorial Day weekend. All will operate at 50 percent capacity with concessions closed and group activities prohibited.