Birders use binoculars and scopes to take in flocks of geese on Rotary Lake Saturday afternoon in Malone. Alexander Violo/Malone Telegram 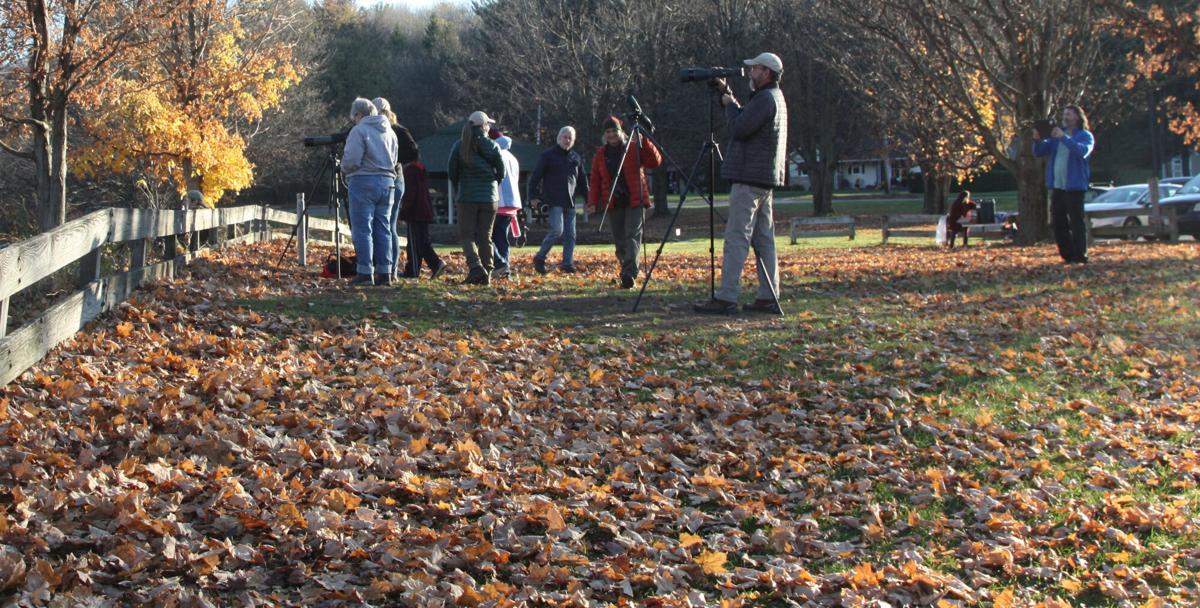 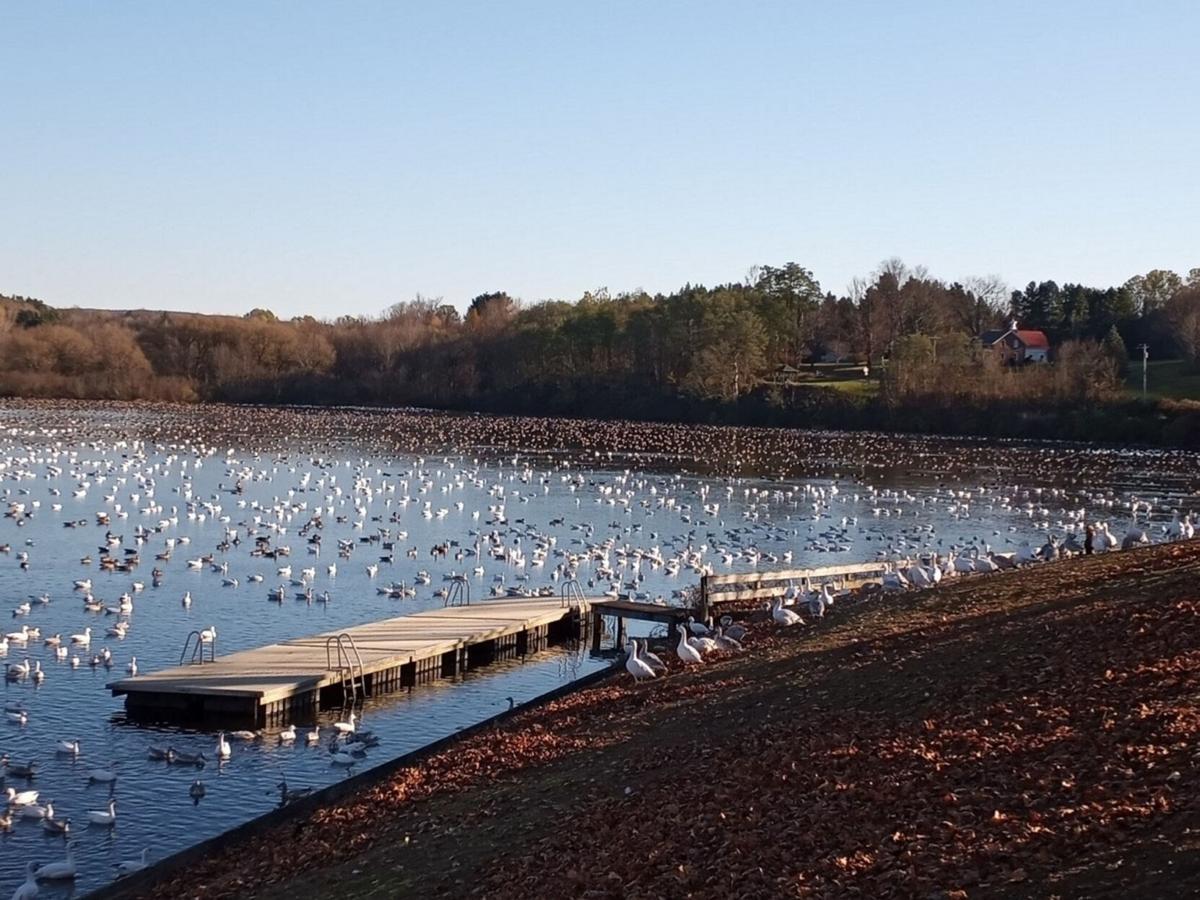 Snow and Canada geese fill Rotary Lake in Malone. Janelle Jones, president of the NNY Audubon, said geese can typically be seen in Malone until the end of November, with smaller numbers by Thanksgiving. Alexander Violo/Malone Telegram

Birders use binoculars and scopes to take in flocks of geese on Rotary Lake Saturday afternoon in Malone. Alexander Violo/Malone Telegram

Snow and Canada geese fill Rotary Lake in Malone. Janelle Jones, president of the NNY Audubon, said geese can typically be seen in Malone until the end of November, with smaller numbers by Thanksgiving. Alexander Violo/Malone Telegram

MALONE — Rotary Lake was filled with geese on a recent Saturday afternoon, drawing birders to Malone Village Memorial Park to take in the waterfowl’s annual migration.

Multiple species including cackling, Canada, Ross’s and snow geese were out on the water, with local birders using binoculars, scopes and cameras to take in the sight.

It was the second year in a row Northern New York Audubon and the Malone Chamber of Commerce worked together to host the event celebrating the migrating geese at the park, according to Mary Scharf, Chamber president.

According to Janelle Jones, a volunteer and president of the Northern New York Audubon, she chose that weekend for the migration watch after looking at photos she had taken of geese on Rotary Lake in the past.

“It is really incredible when the geese take off and land, just the huge numbers of them, it is just a really awesome sight — if you are a birder or if you aren’t,” Jones said. “We just wanted to give everybody the opportunity to come out here and experience it.”

Jones said although Canada geese start showing up at area ponds and lakes early in the fall, by late October and early November a sizeable number of snow geese arrive as well.

“Earlier in the season it’s more Canada geese than snow geese, but by the end of October seems to be when more snow geese show up, the bigger flocks,” Jones said.

In addition to these two common goose species, Jones said a couple of rare species made an appearance in Malone this fall too.

“There have been a couple of rare ones out there so far this fall which has been really exciting,” Jones said. “We haven’t been able to find one today, but I have seen a Ross’s goose out there, and that looks almost identical to a snow goose, it’s really hard to tell apart. It just looks, I don’t want to say it looks cuter, but it is cuter and a little smaller.”

Jones said there were a couple of cackling geese out on the water too.

“They look almost identical to the Canada geese, but it is a different species and it has got a shorter neck and a little stubby bill, it looks about the size of a duck,” Jones said.

Jones said geese can typically be seen in Malone until the end of November, with smaller numbers by Thanksgiving.

“The last couple of years, right around Halloween, is when it seems it’s been really good as far as the number of geese,” Jones said.

Jones said Northern New York Audubon has 14 board members and covers a wide swath of territory from Blue Mountain Lake to the Canadian border, including the Champlain and St. Lawrence valleys.