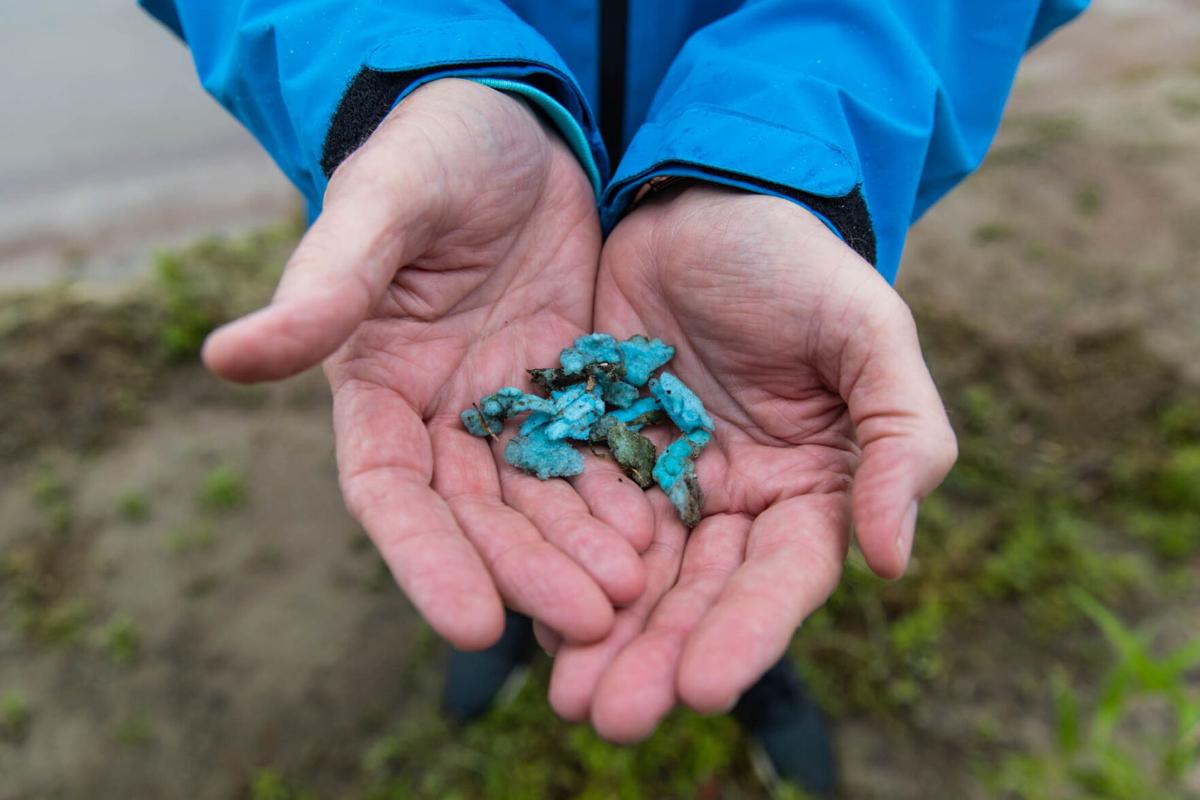 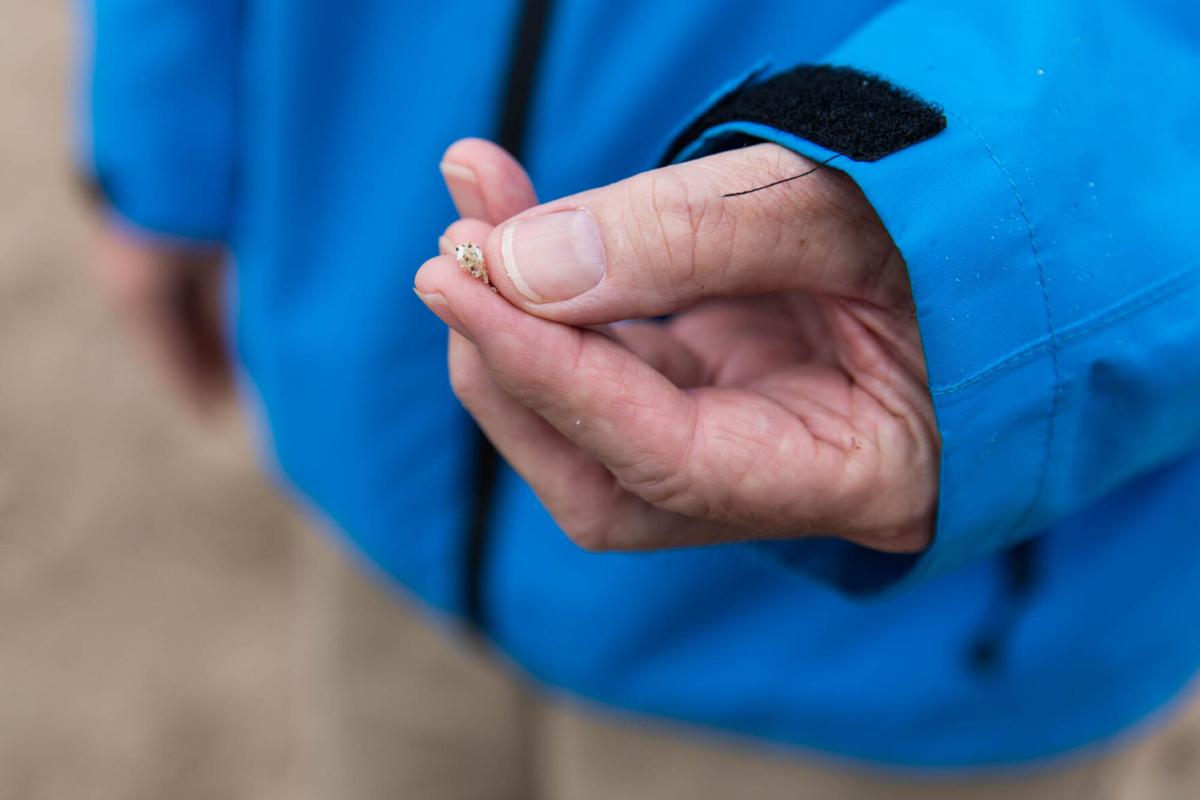 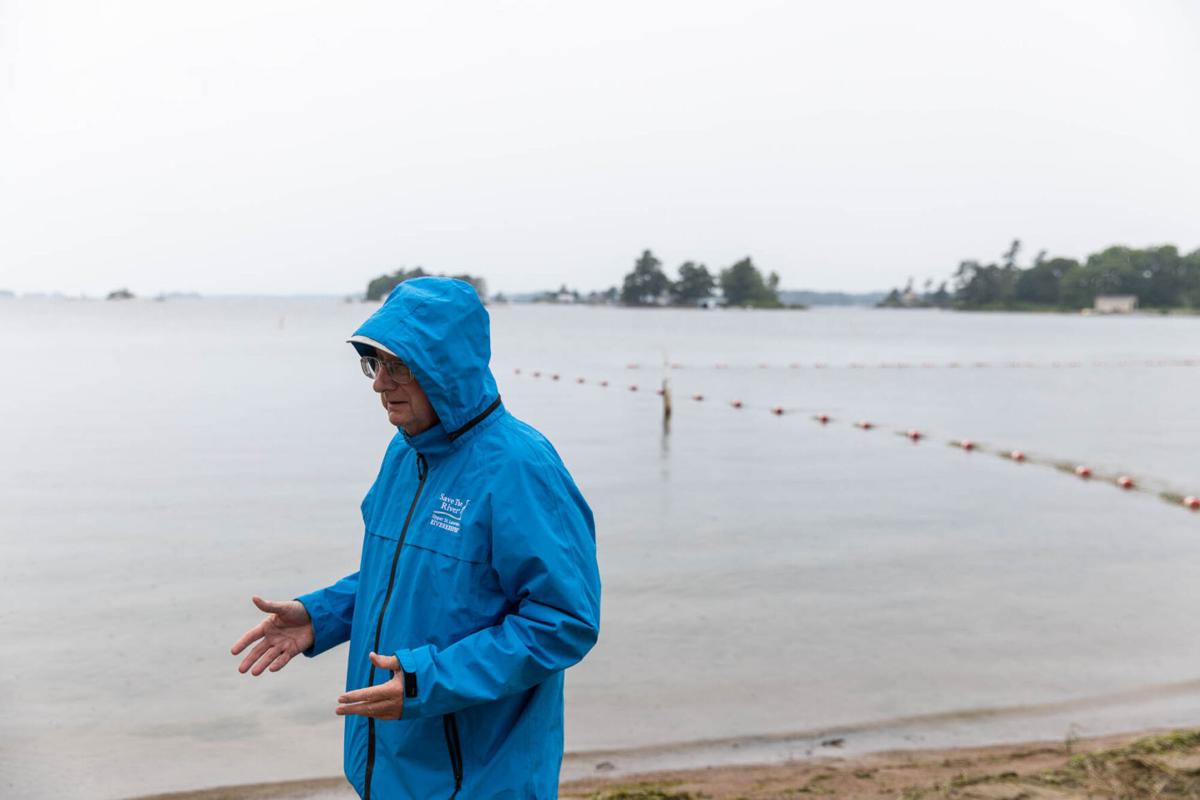 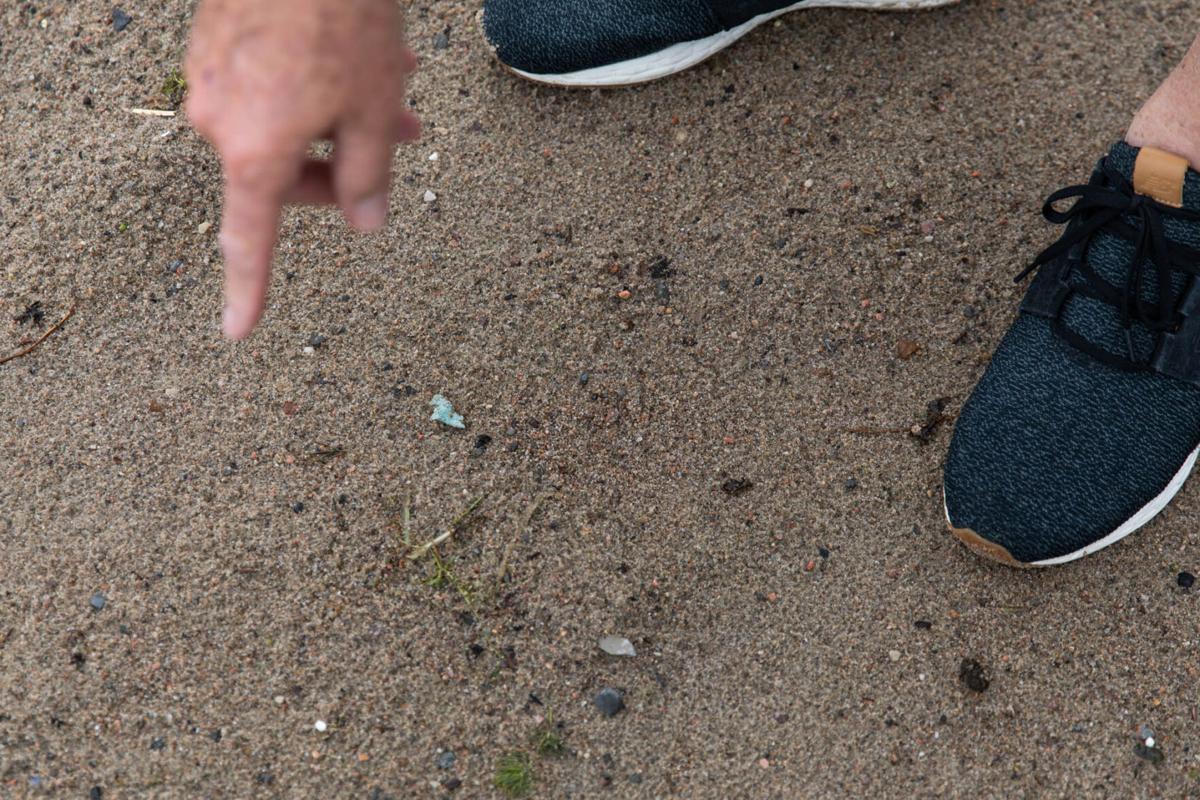 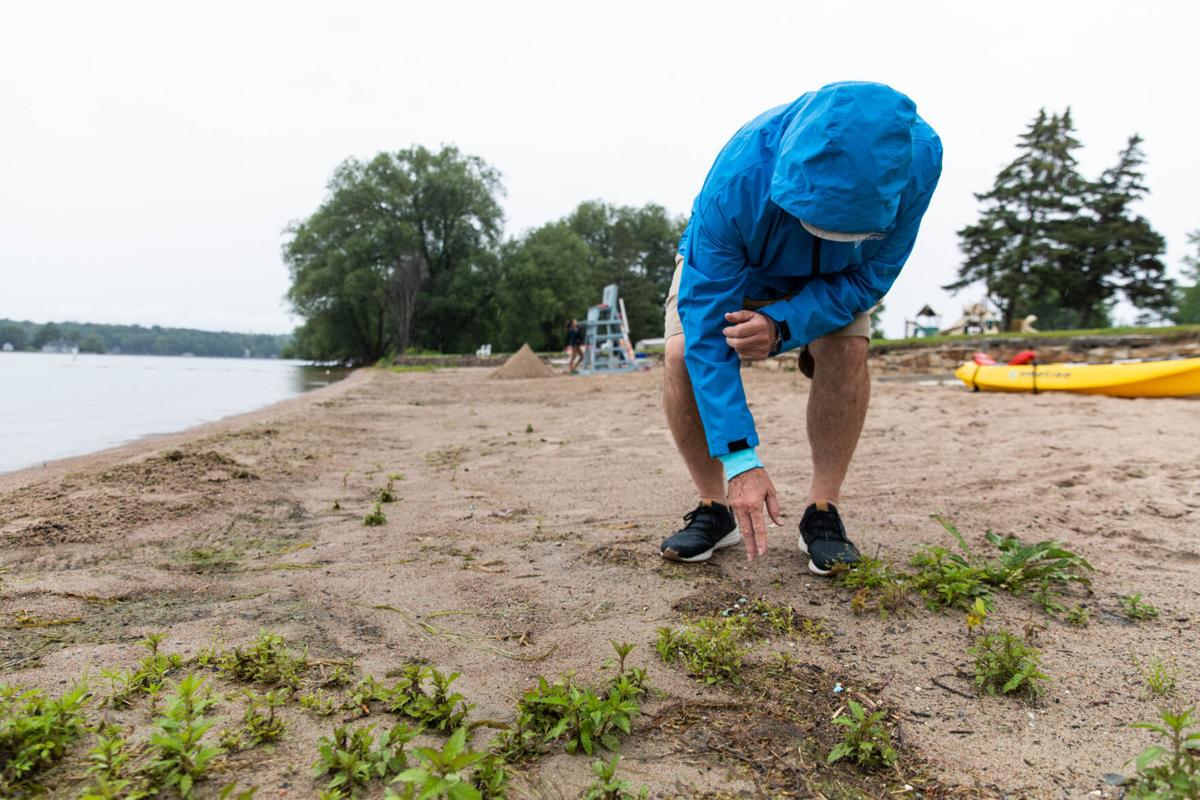 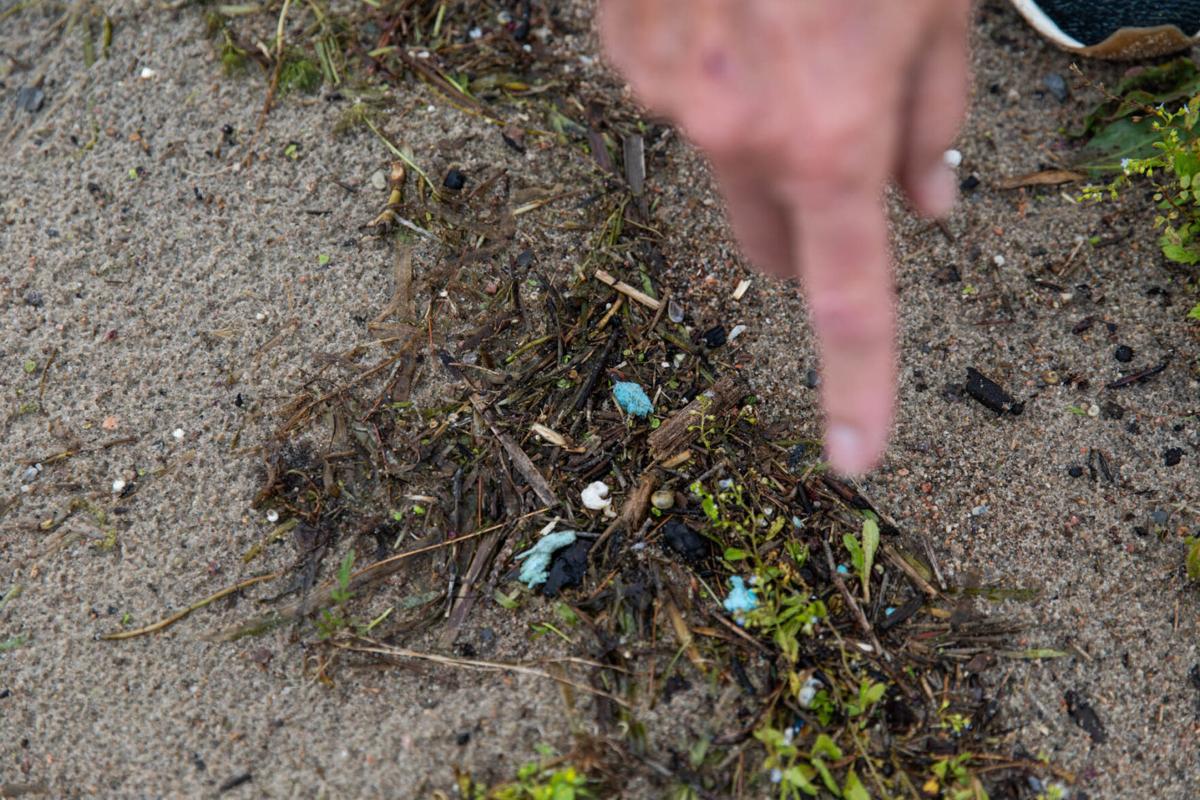 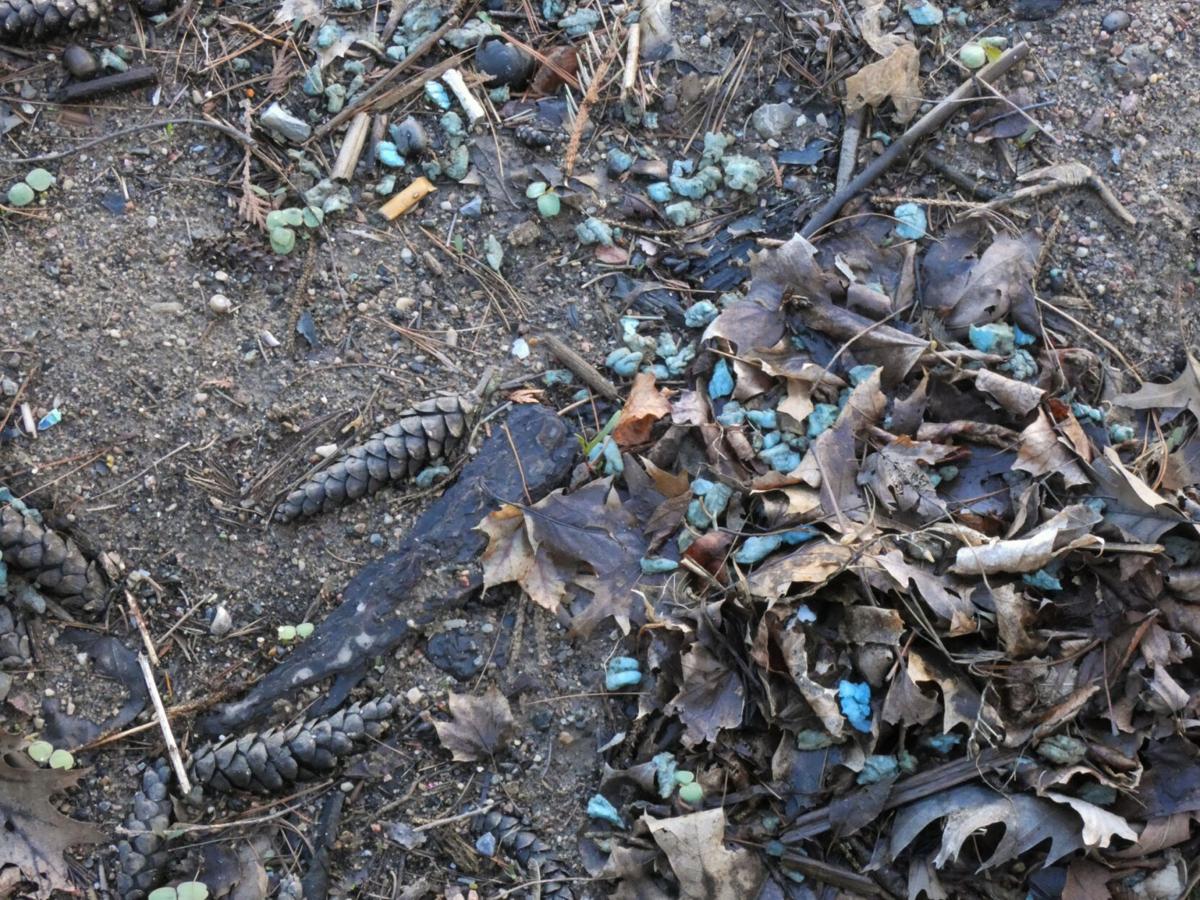 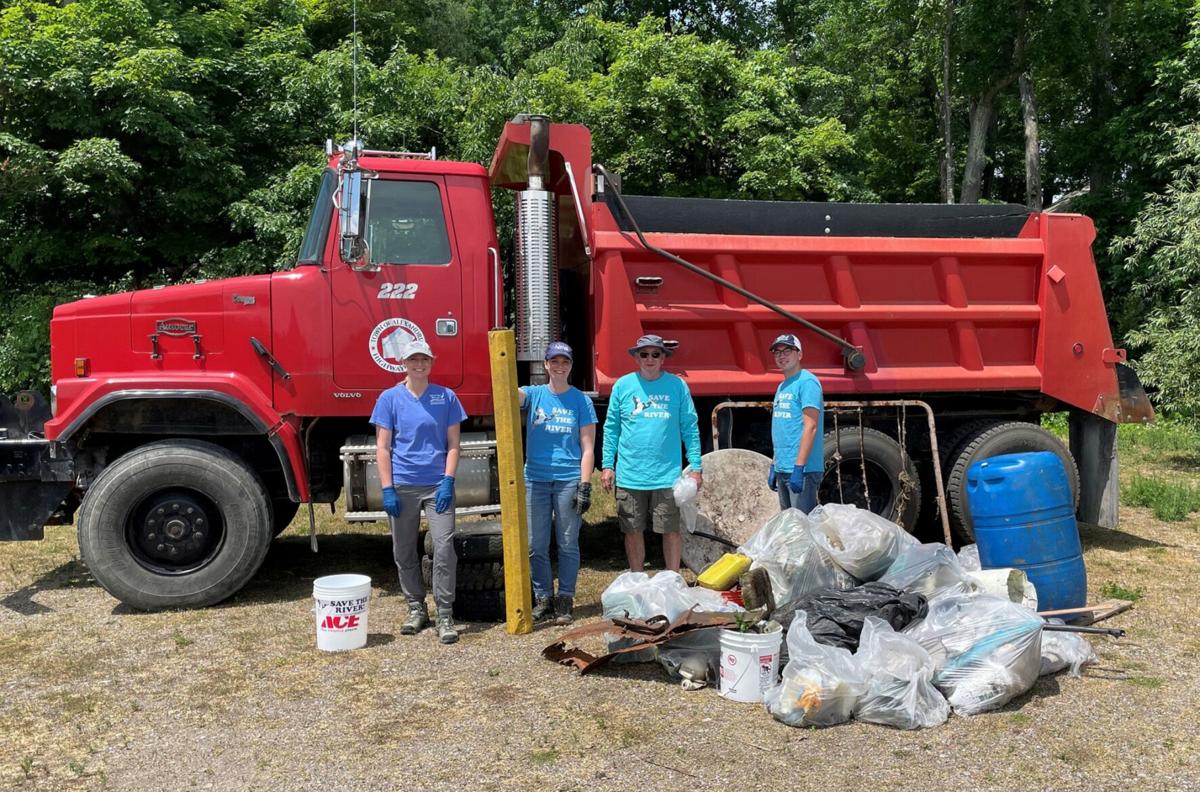 Save The River staff with trash collected on June 11 during the Wellesley Island Trash Free River Cleanup. Provided photo 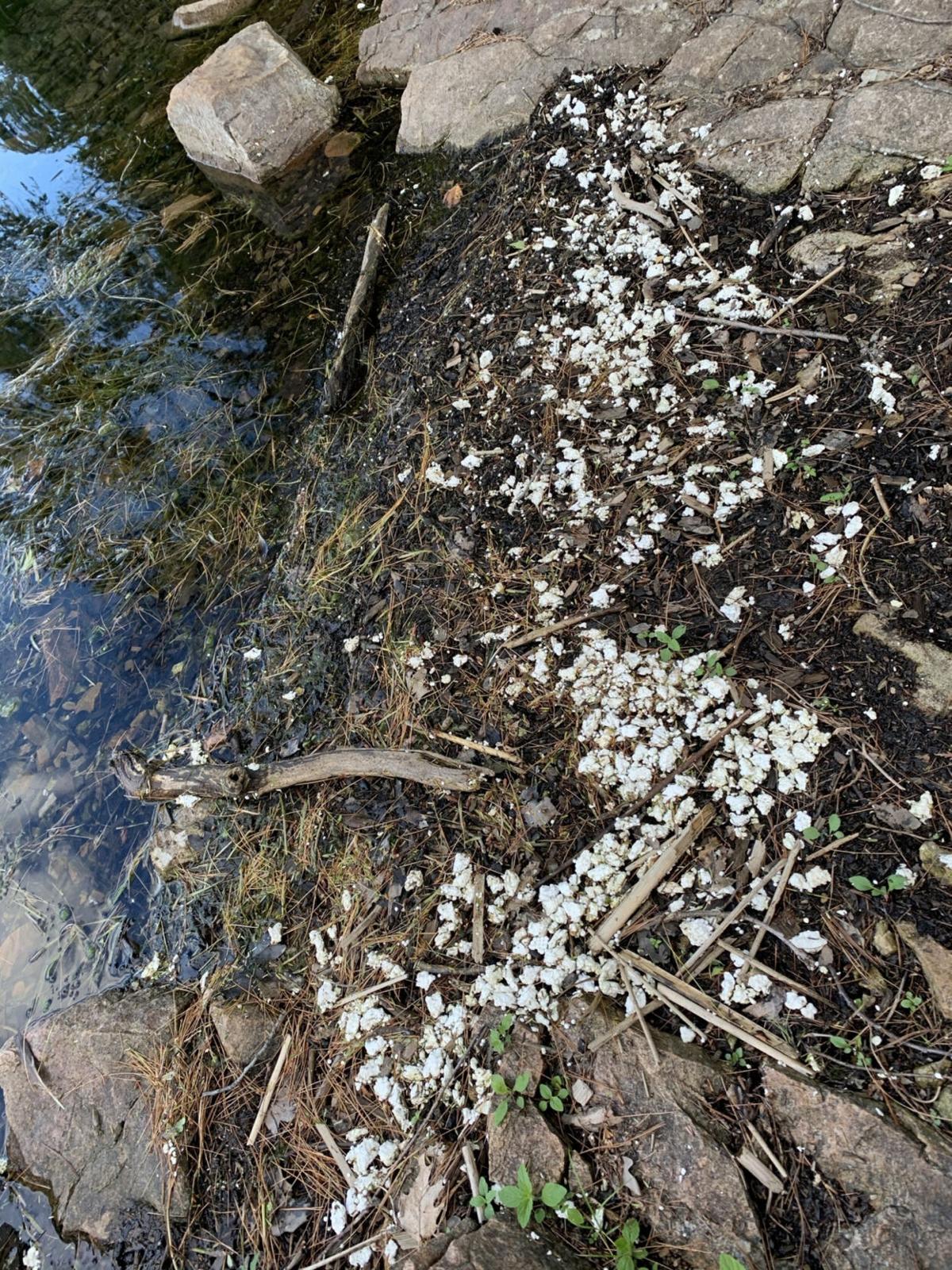 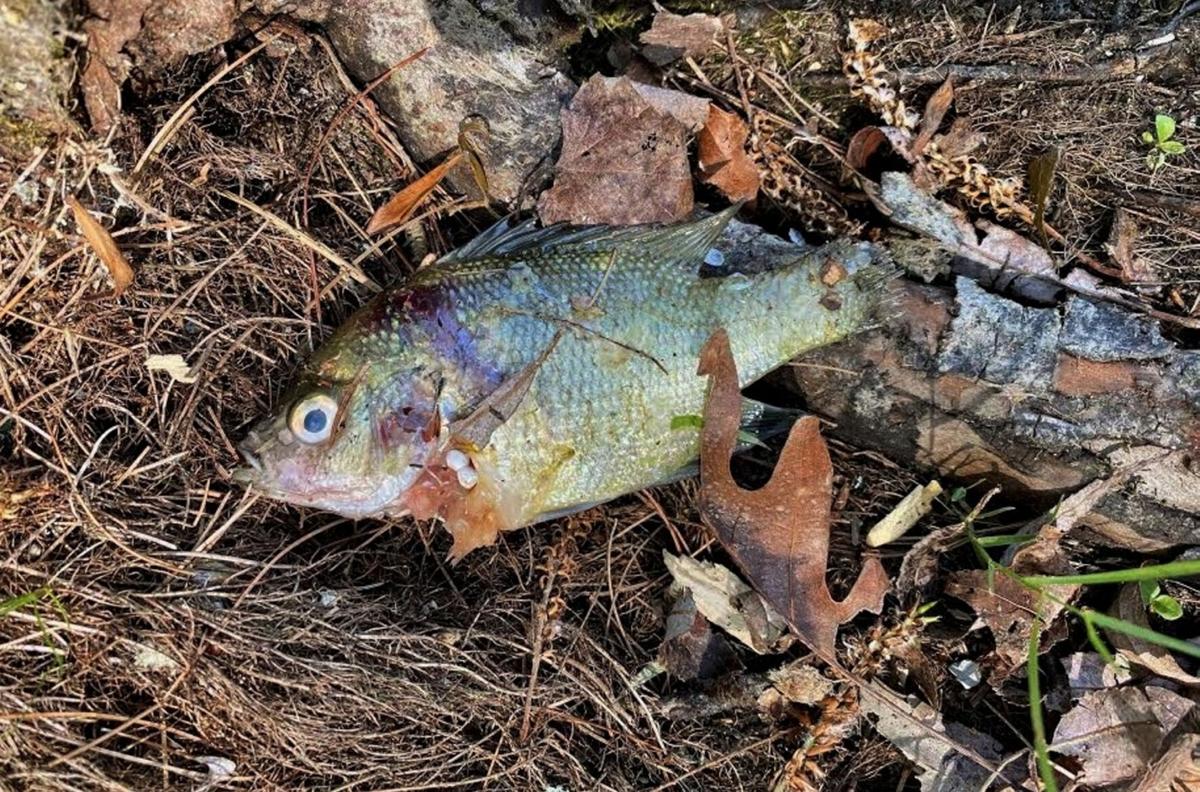 Dead fish with Styrofoam in gills in the Thousand Islands. Provided photo 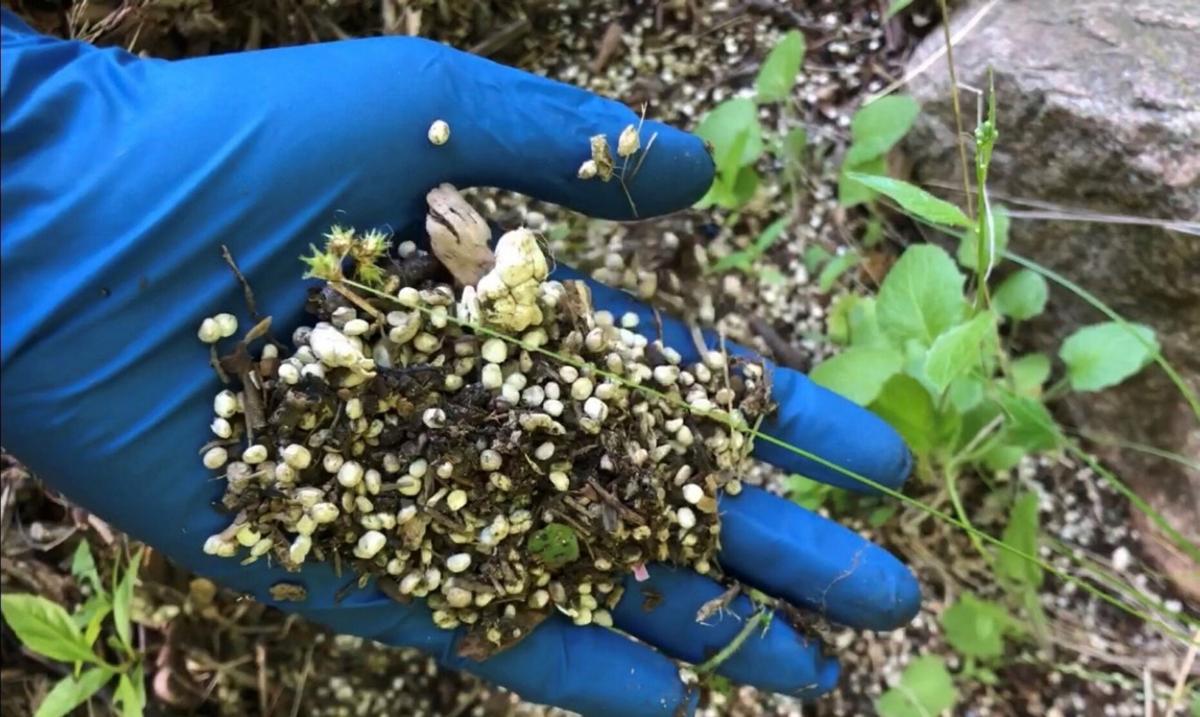 Save The River staff with trash collected on June 11 during the Wellesley Island Trash Free River Cleanup. Provided photo

CLAYTON — A layer of blue-and-white confetti covers the shoreline of the St. Lawrence River Thousand Islands, but it’s not from any beach birthday parties.

The same confetti is visible across the Great Lakes basin, until it’s not.

For the region’s lake and river communities, docks are a necessity, but keeping them afloat requires a careful balance of the right buoyant materials. Repurposed oil drums and plastic barrels are widely used as affordable options to support floating docks, as are rectangular billets commonly made of blue or white polystyrene.

Popularized more than 30 years ago in floating dock systems, polystyrene — the trademarked Styrofoam is a leading line from the Dow Chemical Company — has become a staple confetti-like pollutant.

“It’s everywhere,” Save the River Executive Director John M. Peach said, “and this is just one portion of the plastics problem.”

Mr. Peach walked along the beach at Grass Point State Park between Clayton and Alexandria Bay on Tuesday afternoon, pausing occasionally to examine polystyrene pieces having deteriorated from billets. The more obvious pieces are about the size of a fingernail, but upon closer inspection, smaller pellets mingle with individual grains of sand.

Polystyrene billets can maintain their structural integrity for a few years, Mr. Peach said, but several factors contribute to their degradation. Abrasion from ice and waves accelerates breakage, and nesting muskrats and minks pick apart the billets from the inside. The shedding threatens water health, fish and birds. Save the River staff found a dead fish on shore this year with white polystyrene pearls in its gills.

The surface-level problem with polystyrene billets is simple to identify — the pieces are literally visible along the mainland and the shores of the river’s populated islands. Mr. Peach said he started noticing the beach pollution about eight years ago and started investigating. Save the River has hosted nine cleanups since last year, with participants initially drawn to “the big stuff.” After looking down at the beach for a few hours, they usually realize just how many minuscule pieces of soft plastic are in the sand.

When the polystyrene is scaled down to a granular size from the sometimes 4-foot-long billets, it continues to shrink. The problem is further complicated by the eternal nature of plastics devolving from macro- to micro- to nanoplastics. From a chemistry perspective, the breakdown of plastic polymers leaves the same material with the same chemical properties even when the pieces seem to disappear.

Globally, some 25 million tons of plastic were produced annually in the 1960s, according to the United Nations Environment Program. Now, an estimated 300 million tons are being produced each year. With strong corporate legs and a pervasive presence in basic products and packaging around the world, the plastics problem is complicated to say the least.

Scientists have now documented microplastics in the global biosphere, and specifically in the human body, but potential health risks are far from understood.

“The distribution and abundance of microplastics into the world are so extensive that many scientists use them as key indicators of the recent and contemporary period defining a new historical epoch: The Plasticene,” reads a 2020 peer-reviewed study published in the International Journal of Environmental Research and Public Health. “There is considerable complexity involved to understand their impact due to different physical–chemical properties that make microplastics multifaceted stressors.”

For its part, Save the River is contemplating its next steps in the Thousand Islands and Great Lakes.

“We’ve identified the problem,” Mr. Peach said. “Now what are we going to do about it?”

A multi-angle approach is ideal, he said. Incorporating billet manufacturers, dock builders, the international Waterkeeper Alliance, of which Save the River is a member, is a big-picture start.

At least anecdotally, Mr. Peach said, local dock builders have expressed support for alternative repairs and a widespread transition from polystyrene materials to alternatives, like steel and PVC. Though PVC is yet another type of plastic, it’s rigid and mitigates the potential for degradation.

Save the River plans to continue cleaning beaches by hand and looking into possible dredging or vacuum research. At the same time, Mr. Peach said, integrating more plastics education into children’s and youth programming is “equally important.”

Save the River Program Manager Lauren K. Eggleston is helping to lead that effort.

“Maybe they’re the ones who will figure out how to vacuum up all the little bits,” she said. “Even if we take a tiny step forward, I see it as something good.”