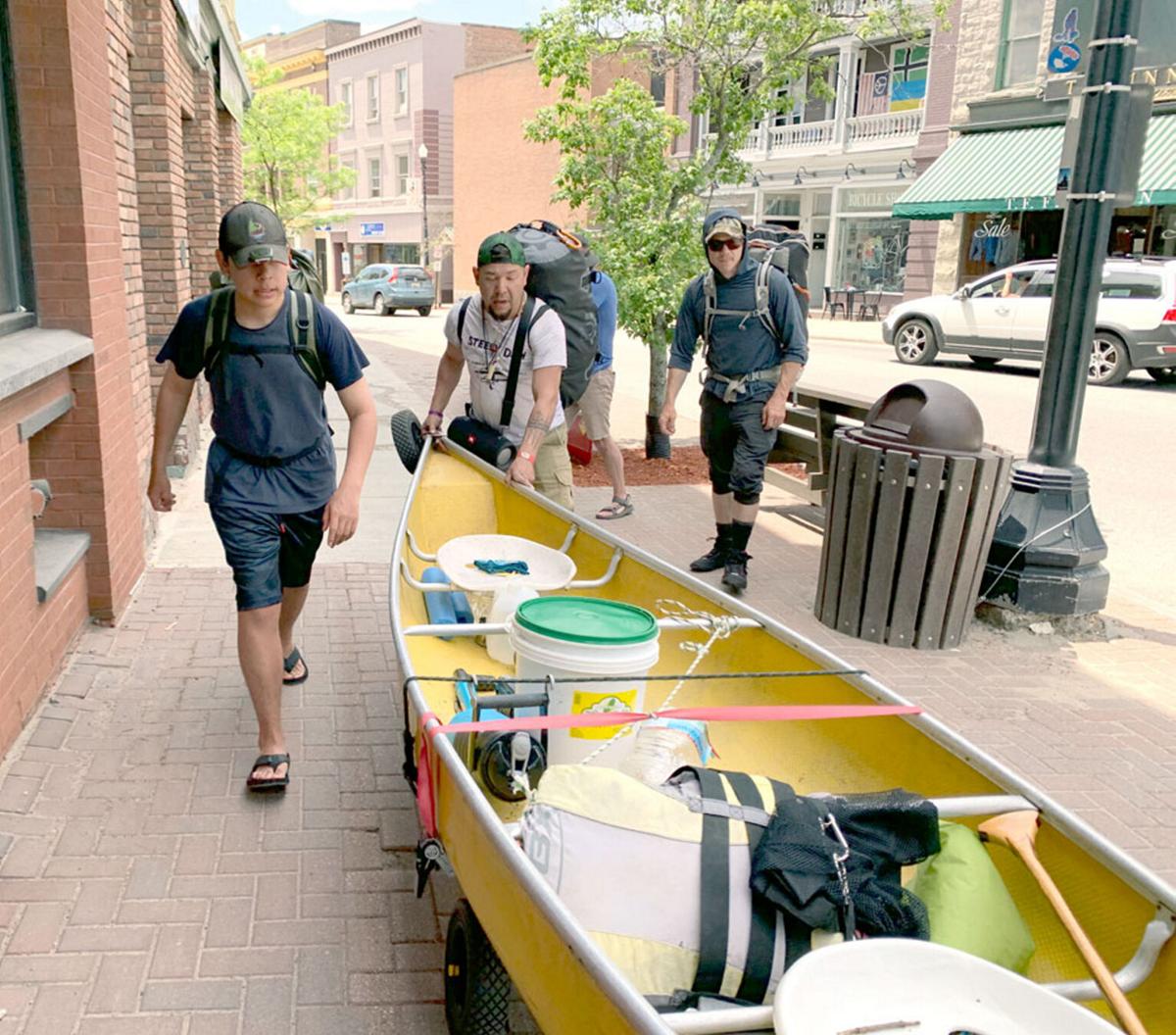 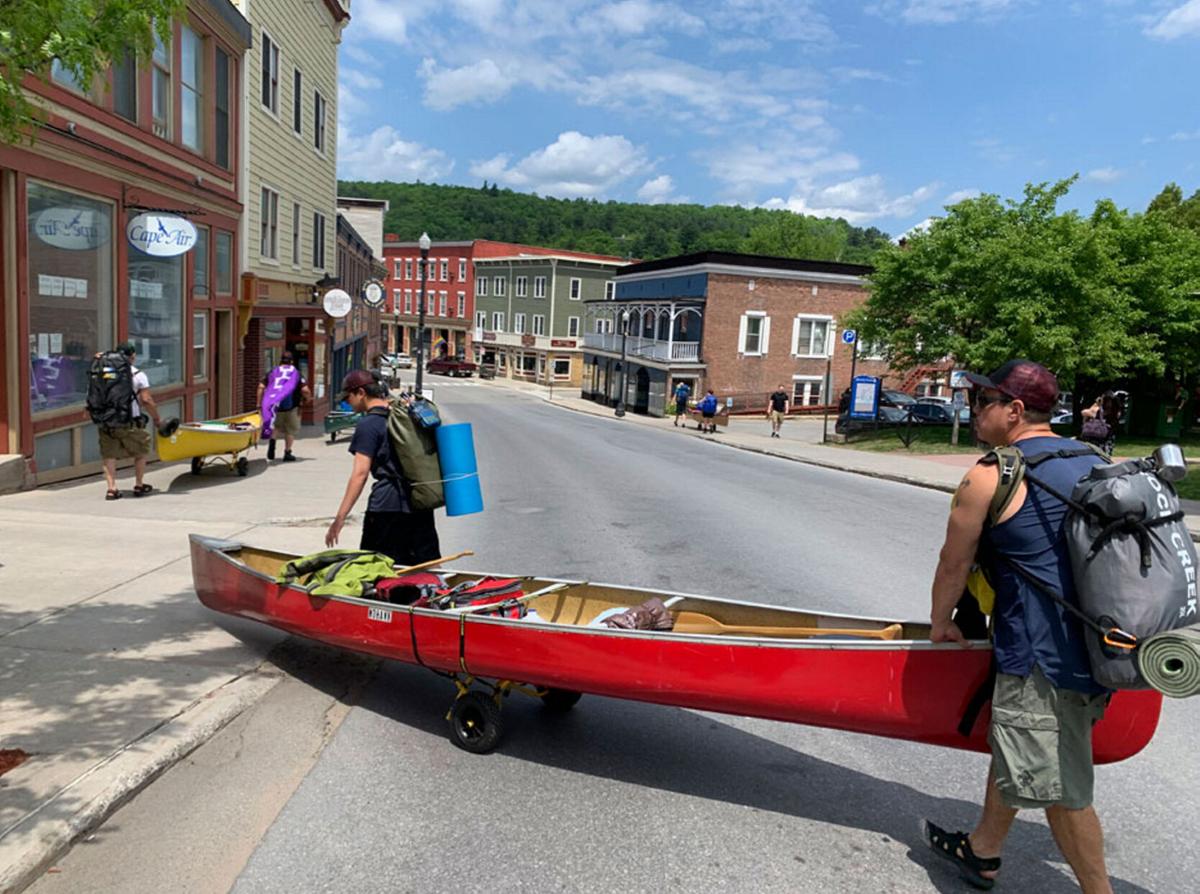 Braydon Homer, left, and Neil Benedict cross Broadway while portaging their canoe through Saranac Lake on Friday, along with others in their seven-person group. Peter Crowley/Adirondack Daily Enterprise

Braydon Homer, left, and Neil Benedict cross Broadway while portaging their canoe through Saranac Lake on Friday, along with others in their seven-person group. Peter Crowley/Adirondack Daily Enterprise

SARANAC LAKE — If you were strolling through downtown Saranac Lake on Friday around lunchtime, you may have seen four canoes being rolled through town.

It was a group of seven people, six of them representing three Haudenosaunee (Iroquois) nations: two Mohawks from Akwesasne, two Oneidas and two Onondagas. As they rolled their boats through town on wheels — a common accessory for long-distance paddling — some of them sang along with a recording of Native American singing and drumming. In one of the boats was a hide-covered drum. They were continuing an ancient tradition, using waterways as highways.

The 85-plus-mile route from Old Forge, in the southwest Adirondack Park, to Saranac Lake is a classic, and in recent years the 740-mile Northern Forest Canoe Trail that runs from Old Forge to Fort Kent, Maine, has enticed more and more “thru-paddlers,” as they’re called. The Saranac River is a big part of the route, and it winds right through the middle of this Adirondack village, making it a good stopping point. Chris Morris of Saranac Lake, the NFCT’s spokesperson who works out of the organization’s office in the heart of downtown, said he has seen a large number of thru-paddlers come through this year. He tries to connect with them as they pass through.

This group had been on the water for a week, starting May 28 in Old Forge. They arrived in Saranac Lake on Thursday and spent the night in a hotel — a rare treat on a journey that largely passes through wilderness.

Freddie Wilkinson of Madison, N.H., is the only member of the group who plans to paddle the whole route. For now, the other six are going as far as Swanton, Vt. — about 185 miles from Old Forge, according to “The Northern Forest Canoe Trail Through-Paddler’s Companion” by Katina Daanen.

But these folks aren’t skimping. Hickory Edwards, of the Onondaga Nation in Central New York, said they have another voyage planned, paddling 150 miles from Seneca Lake in the Finger Lakes east to the Mohawk River at Canojoharie from July 11 to 23.

Then they will drive up to Maine to rejoin Wilkinson and paddle the end of the NFCT, ending at Fort Kent — pretty much as far north as one can go before entering Canada.