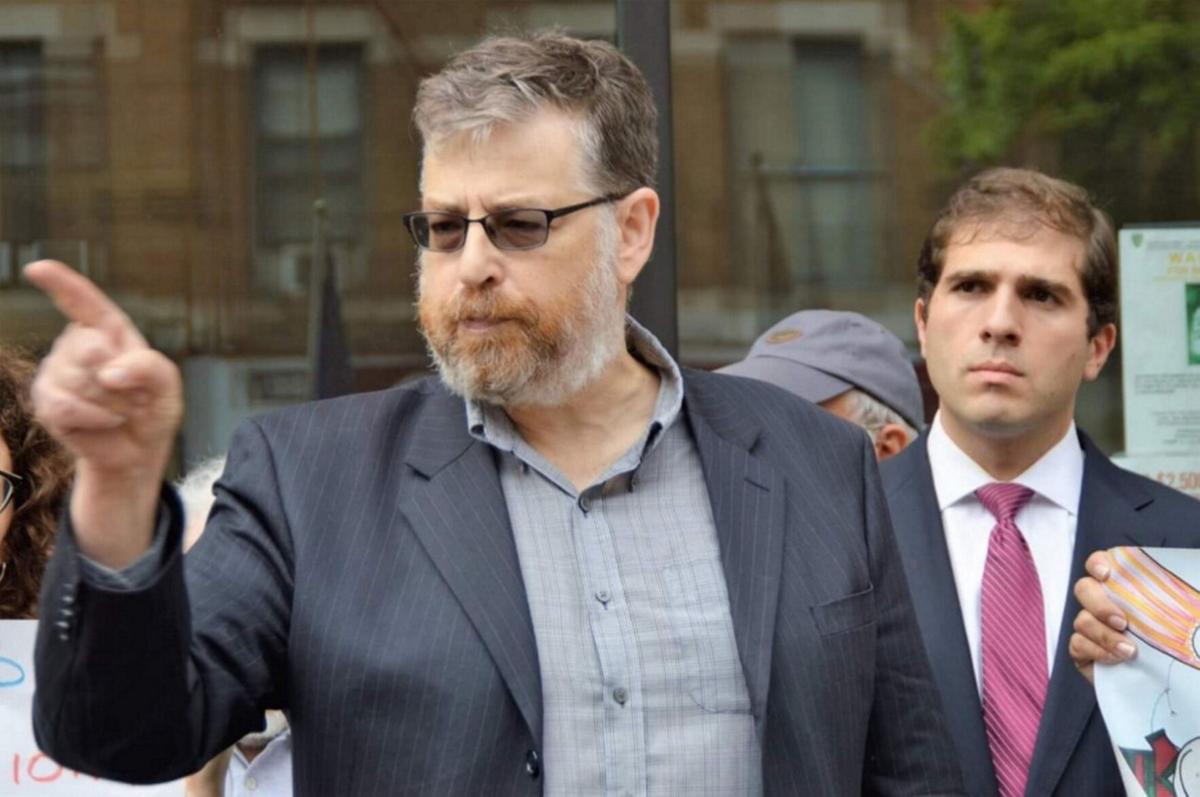 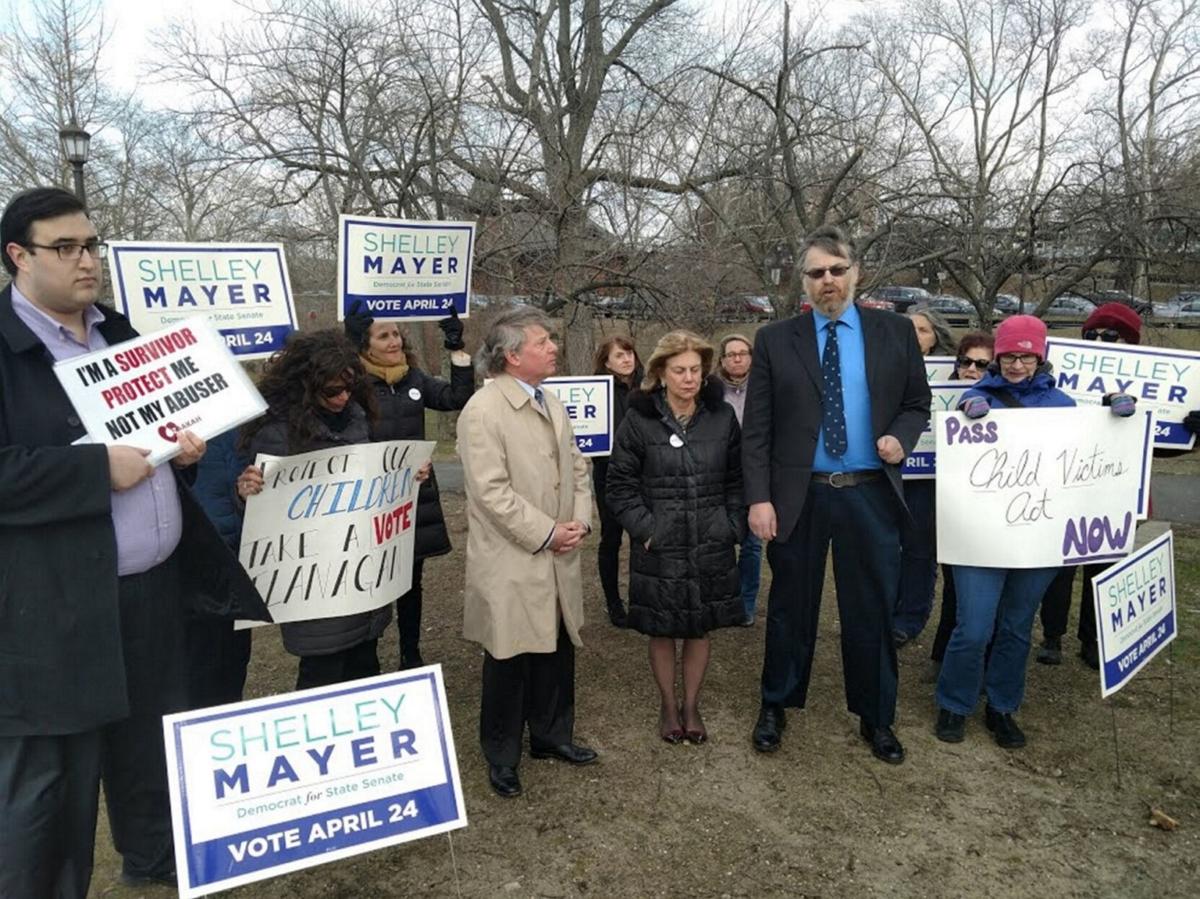 Activist Gary Greenberg and supporters rallying in support of the Child Victims Act in 2019. Johnson Newspapers

Activist Gary Greenberg and supporters rallying in support of the Child Victims Act in 2019. Johnson Newspapers

Survivors of child sex abuse who have struggled to get legal representation to sue abusers who lack money or assets are pushing the state Legislature to fix flaws in the Child Victims Act as lawmakers push to pass similar legislation for adult survivors in the next two weeks.

The proposed Adult Survivors Act would give people ages 18 and older a year to file civil lawsuits for past sexual abuse, even if any statutes of limitations on those legal claims have expired.

Lawmakers are pushing to pass the Adult Survivors Act in the next two weeks, or the end of legislative session June 10. Sponsors Senate Judiciary Committee Chairman Brad Hoylman, D-Manhattan, and Assemblywoman Linda B. Rosenthal, D-Manhattan, modeled the bill after the Child Victims Act.

“These cases aren’t moving forward,” activist Gary Greenberg, a New Baltimore resident, said of filed Child Victims Act cases. “Very few cases have been settled. I know none have gone to a jury yet. ... a lot of it was because of COVID, a lot of victims are getting notices from lawyers that they’re rescinding their payment agreements ... and that they only can proceed with the time to do the cases they feel will get them the most back monetarily.”

The deadline to file cases under the Child Victims Act is Aug. 14.

The state Office of Court Administration reports 5,641 cases filed under the Child Victims Act throughout the state’s 62 counties from August 2019 through Friday.

“We have no way to know what hasn’t been filed,” Court Administration spokesman Lucian Chalfen said in a statement Friday.

Greenberg spearheaded the movement to pass the state’s Child Victims Act and led the effort through forming the Fighting for Children PAC and ProtectNYKids Inc. Greenberg hears from several fellow victims of child sexual abuse, he said, who are hitting legal roadblocks and pushing for a fund to cover victims’ legal fees and push more cases to court.

Attorneys are often disinterested in their case, he said, unless victims are accusing an alleged abuser with money or assets, or a wealthy institution.

“You have all these victims that are disillusioned — they’re heartbroken, they’re upset,” Greenberg said. “When the Child Victims Act was passed, we initially thought the majority of the victims would get justice in the courts, but it hasn’t worked out that way.”

If passed, Hoylman and Rosenthal’s Adult Survivors Act would start a year-long clock to allow adult accusers to sue their alleged abusers and others, such as an employer, who might be culpable for abuse such as rape, criminal sex acts and incest offenses.

Those lawsuits must be filed within one to five years of the abuse, depending on the act, under current state law. The Adult Survivors bill would also waive the 90-day notice of claim requirement to bring a legal case against a public institution.

Greenberg’s sexual abuse as a child allegedly took place in the former Cohoes Memorial Hospital, now Samaritan Hospital, and has had his case move forward. Greenberg said the Legislature should not pass the Adult Survivors Act until the Child Victims Act is fixed first, otherwise, it will add to an already blooming issue for victims.

“We’re going to pass the Adult Survivors Act and you have these cases carrying on?” Greenberg said. “The timing isn’t right. Look-back isn’t the way to go. The current sponsors in the Senate and Assembly have written a bill the same way they’ve written the Child Victims Act, and it would just create another cult class of disillusioned victims.”

Lawmakers must create a fund for victims to get the justice they were promised in the passage of the law, Greenberg said.

“We just want justice for all victims, and I think we can attain it,” he added.

Greenberg has pushed legislative leaders in the state Senate and Assembly, Hoylman, Rosenthal and other lawmakers to hold a bicameral hearing to examine the Child Victims Act and amend the law.

Hoylman and Rosenthal have not responded to his calls and attempts to make contact for more than a year, he said.

Hoylman, who is running for Manhattan Borough president, and Rosenthal did not respond to multiple requests for comment Wednesday, Thursday and Friday about changing the Child Victims Act, a fund to cover victims’ legal expenses or survivors’ qualms about the Adult Survivors Act.

“I think we are certainly open to looking at issues that people may have and want to make sure that all survivors are ensured justice,” Mike Murphy, a spokesman with the Senate Majority Conference said in a statement Friday. “We as a conference have always understood that when it comes to passing legislation there can always be additional fixes. ... I think we would have to discuss it as a conference, but (a legislative hearing) is certainly a possibility.”

Sen. James Gaughran, D-Northport, sponsors a bill to establish the Child Victim Foundation Fund and create a supplemental child victim fee to assist victims of childhood sexual assault with civil legal costs and services. Business corporations would choose to donate all or part of their tax refund to the fund.

Sen. Alessandra Biaggi, D-Bronx, co-sponsors the measure to create the fund, which remains in the Senate Budget and Revenue Committee since Jan. 8. Representatives from Biaggi’s office did not respond to multiple requests for comment Thursday and Friday.

Representatives with the Assembly Majority Conference did not return requests for comment Friday.

Patrice Griffin, a 45-year-old disabled veteran, was repeatedly sexually abused by members of a 1990s rap group in Brooklyn from the ages of 8 to 18.

“I had been accepted by two attorneys, and then they dropped my case because they said the individuals who assaulted me as a child no longer have any money,” Griffin said. “I was disheartened, I was depressed. Because of the statute of limitations, (victims) are only allowed to pursue a civil suit. It makes it really hard for survivors to receive justice.”

“Other than the fact that we deserve justice, these politicians should really take a look (at the Child Victims Act),” Griffin said. “If they were in this position, how would they want to move forward if it was their child? Laws got passed and heads got spinning.”

Steve Coffey, an attorney with O’Connell and Aronowitz in Albany, said his firm is representing more than 10 cases under the Child Victims Act.

Many attorneys have stayed away from Child Victims Act cases, he said, for several reasons, including money, building evidence for a case that is decades old or the alleged abuser has died.

“You have to look at a lot of issues — the complexity of the case, the chances of success and the potential monetary return,” Coffey said. “These can be very difficult cases, they’re very time-intensive.”

Some defendants struggle to respond to attorney’s calls for more information to build a case, Coffey said, as the discussion of sexual abuse adds a stressful emotional component to these cases.

“Money is secondary to many, many of these victims,” he said. “Very seldom money is the prime motivator. But for an attorney, you have to be careful. You have to be really careful when you go off on crusades. People say it’s a business decision in a lot of ways. How good’s your proof? What are your damages? How old’s the witness?”

Theo Liebmann, an ethics professor at Hofstra Law School, said the state does not have an ethical rule in place requiring attorneys to take Child Victims Act or similar cases.

Many states have rules that bar lawyers from avoiding appointments by a judge to represent a client, unless the representation would pose an unreasonable financial burden or the clause is repugnant to the attorney.

“That rule is actually not a rule in New York state — it’s in most other jurisdictions, but it’s not in New York,” Liebmann said Friday. “If that were a rule that were part of the New York state Ethics rules, then judges could appoint lawyers to take those cases.”

State ethics rules recommend New York lawyers commit a certain number of hours to pro bono services each year, but the suggestion is not a requirement that bears legal consequence.

“The problem is really more of a practical one than an ethical one,” Liebmann said.

The state Office of Court Administration issued an order suspending the filing of all nonessential claims, including claims within the Child Victims Act lookback window after the COVID-19 pandemic hit in March 2020.

“We’re proud of the work we did to pass the Child Victim’s Act and finally give survivors their day in court,” Rich Azzopardi, senior adviser to Cuomo said in a statement Friday. “If anyone has proposals to further strengthen the law, we’ll review them.”

Azzopardi did not answer if the governor supports creating a fund to cover victims’ legal expenses or the proposed Adult Survivors Act.

The state Office of Victim Services assists survivors with counseling or other expenses related to their victimization. The agency also funds 212 programs across the state that help victims.

While these programs cannot provide legal help to bring lawsuits, they can provide direct support and services to victims and survivors of crime and their families, according to a statement from the governor’s office Friday.