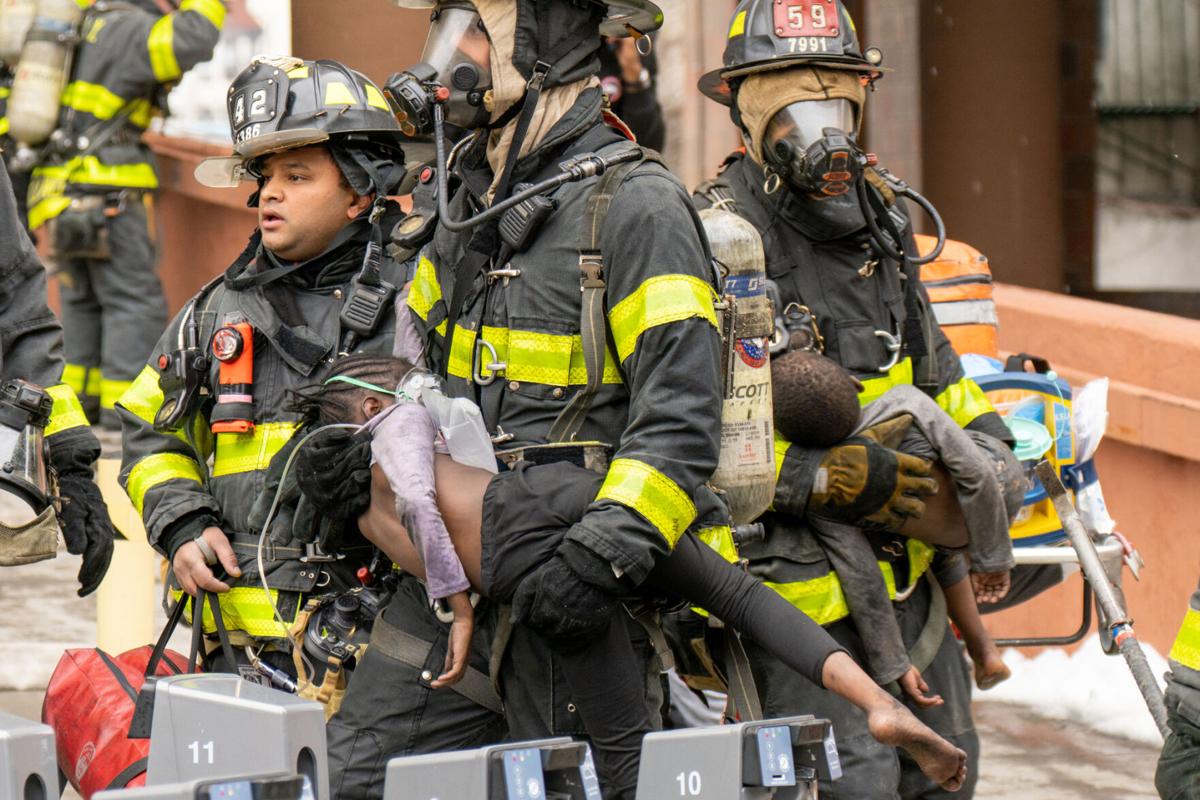 At least 32 people including multiple children were critically injured, with firefighters making dramatic rescues after a fire broke out inside an apartment on E. 181st St. in the Bronx on Sunday. Theodore Parisienne/New York Daily News/TNS 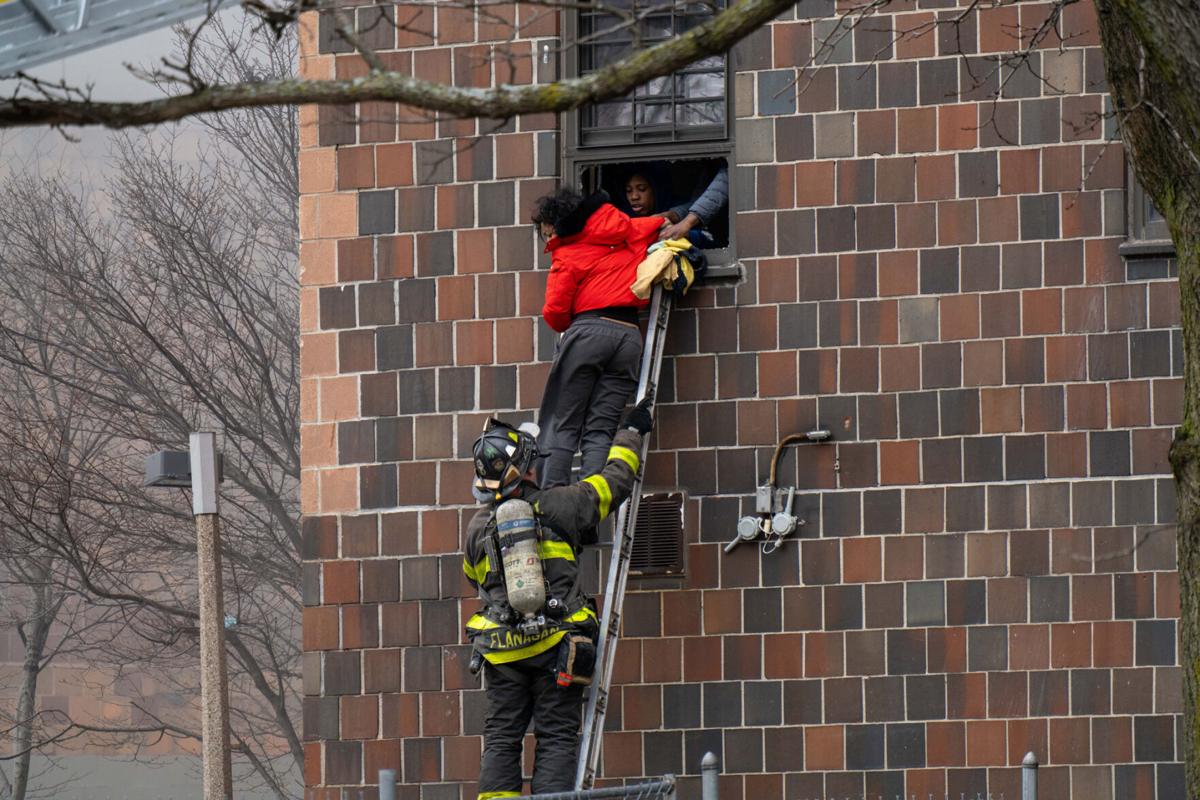 Firefighters hoisted a ladder to rescue people through their windows after a fire broke out inside a third-floor duplex apartment in the Bronx on Sunday. Theodore Parisienne/New York Daily News/TNS

At least 32 people including multiple children were critically injured, with firefighters making dramatic rescues after a fire broke out inside an apartment on E. 181st St. in the Bronx on Sunday. Theodore Parisienne/New York Daily News/TNS

Firefighters hoisted a ladder to rescue people through their windows after a fire broke out inside a third-floor duplex apartment in the Bronx on Sunday. Theodore Parisienne/New York Daily News/TNS

NEW YORK — Firefighters faced a perfect storm of conflagration as a smoky blaze tore through a Bronx tenement, killing 17 people including eight children, and by all accounts did all they possibly could.

It didn’t help that COVID-19 had thinned the ranks of responding firefighters, or that apartment doors may have been broken or left open, or that there was no sprinkler system in the building when the fire erupted Sunday.

“I talked to many veteran firefighters who said it was the worst fire they had ever been to in their lives,” Andrew Ansbro, president of the Uniformed Firefighters Association of Greater New York, said Monday.

“The members that operated yesterday did so with the utmost heroism in the traditions of the FDNY. Unfortunately, not all fires have a positive outcome, and not everyone makes it out. It’s horrible. This fire is something that will live with them forever.”

Even when the oxygen ran out of their tanks, and they were on their knees trying to suck in air off the floor from below the thick, black smoke, the tired firefighters pressed on rescuing residents separated from their families, Ansbro said.

The omicron variant had sidelined some of their firefighting team, but no one counted heads before climbing an angled ladder or manning a heavy hose.

“Hundreds of residents were taken out of the building, and it’s a shame many of the residents succumbed to their exposure to the toxic smoke,” said Lt. James McCarthy, president of the Fire Officers Association. “Our members followed their training and saved as many lives as they could in this incident.”

Officials said a space heater was to blame for the late morning fire that ripped through a 19-story apartment building along E. 181st St. near Tiebout Ave. in Fordham Heights.

The fire — the city’s deadliest since the 1990 blaze at the Bronx’s Happy Land Social Club — quickly tore through the building and sent thick black smoke through hallways and apartment units.

More than 30 people were rushed to area hospitals with life-threatening injuries.

The fire, which went to five alarms, was also one of the more difficult ones to fight. The cylinders that firefighters strap on their backs have about 45 minutes worth of air in them, with an alarm that goes off when they’re down to about 10 minutes.

But teams were ignoring the alarms, rescuing residents from every floor of the building, even as dense smoke darkened every hallway and stairwell.

“Many of the firefighters in this incident operated while those alarms were going off and pushing the envelope as close as possible to running out of air, and some did, just to try to save as many lives as possible,” McCarthy said.

Ansbro said firefighters have ways to conserve air and slow down their breathing.

“At that point they’re just tolerating an intolerable condition to get the job done,” he said

The heroism took its toll. One firefighter received oxygen treatment in a hyperbaric chamber and recovered. Another suffered a burn to his neck.

Firefighters put on a brave face about their work, but this one got to them, McCarthy said. Union officials said they are encouraging members to seek counseling to help them deal with the stress and loss of life.

“This tragedy, there are a lot of factors involved,” McCarthy said. “Trying to point a finger is not what we’re here to do. We always advocate for fully staffed engine companies to get hose lines in faster and it would have helped with victim removal.

“Everything in our business is ‘seconds count’ and having more people on hand always makes a difference.”