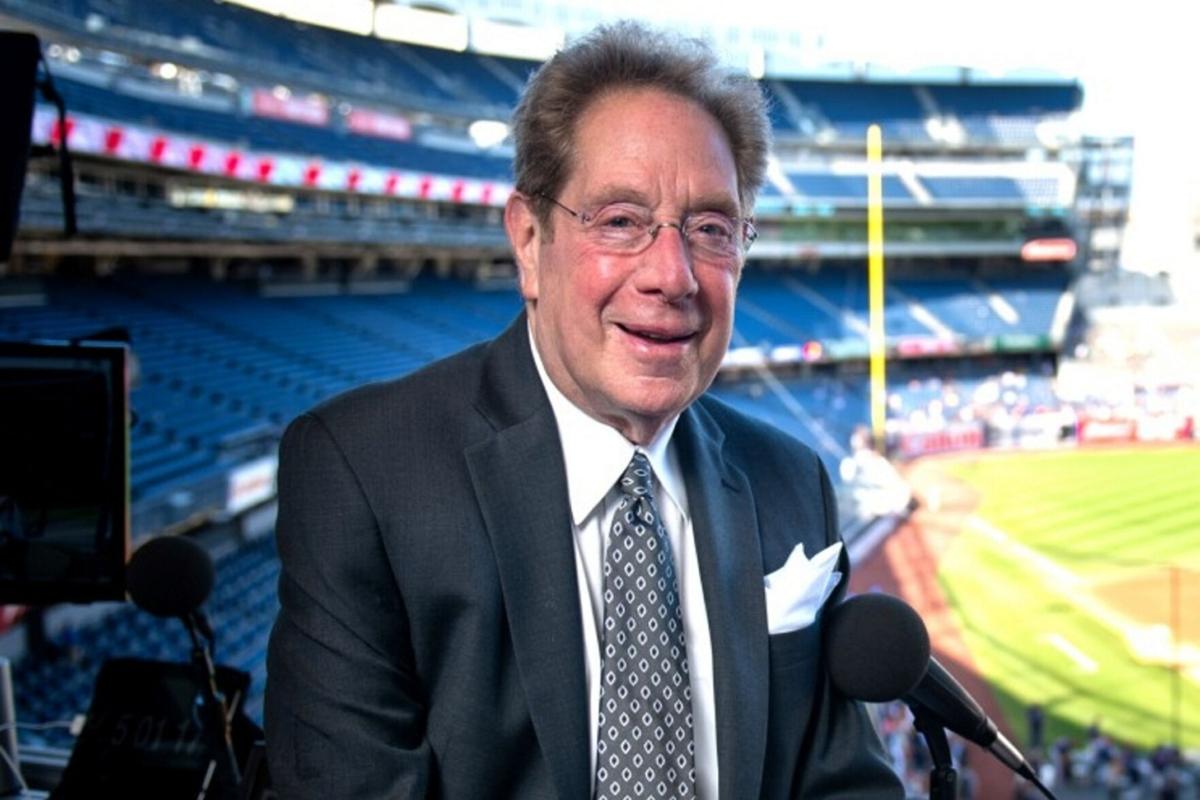 Before he was the voice of the New York Yankees, John Sterling was one of the voices of the north country at WWNY in Watertown. Corey Sipkin/New York Daily News 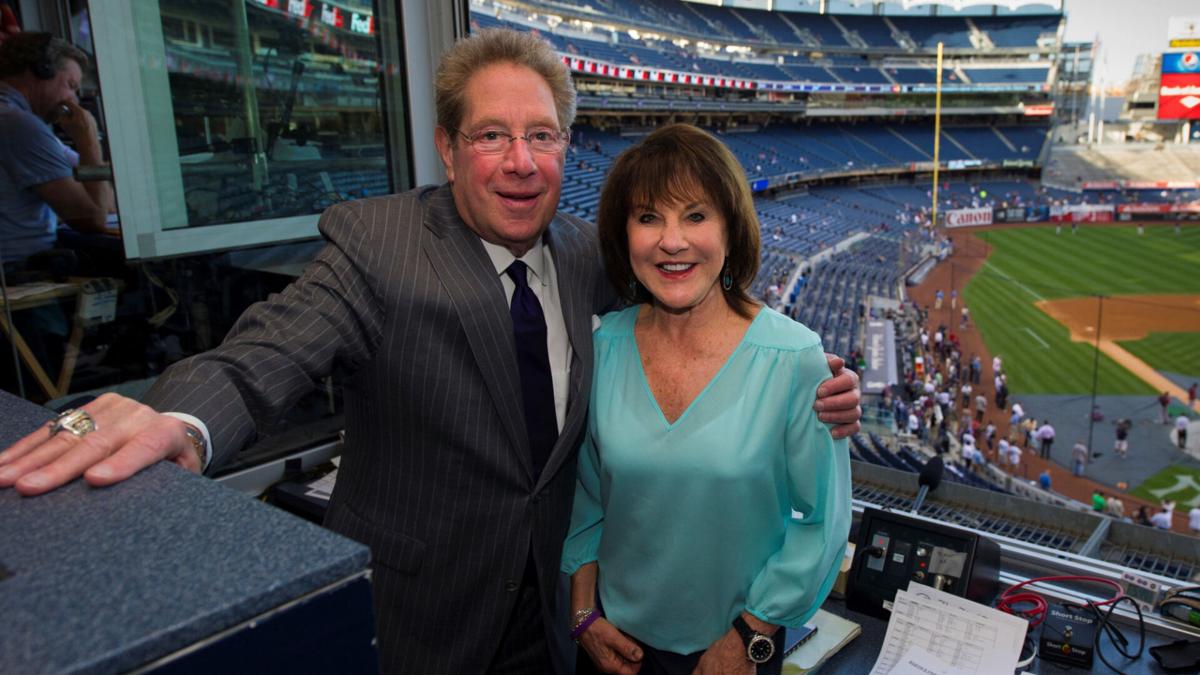 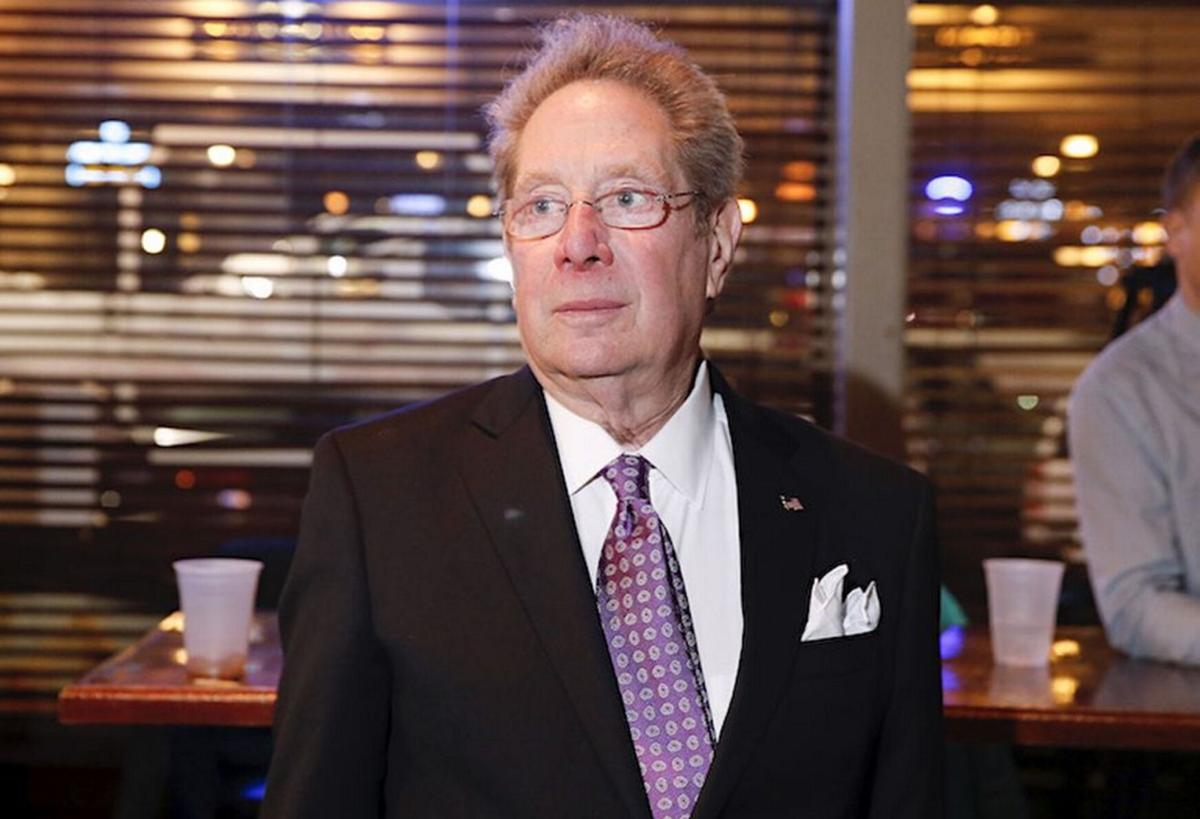 Before he was the voice of the New York Yankees, John Sterling was one of the voices of the north country at WWNY in Watertown. Corey Sipkin/New York Daily News

WATERTOWN — Many sports fans across the globe are familiar with John Sterling’s unique way of calling a game.

From the signature home run calls to “Ballgame over. Yankees win. Theeeeee Yankees win!” But some may be surprised to learn that at the very beginning of the legendary broadcaster’s career, John Sterling spent time working in Watertown.

He started working at WWNY after he was released from his job at WLSV in Wellsville.

“I was heartbroken; I just started, and they released me after a couple of months,” Mr. Sterling said.

When he lost his job in Wellsville, he called an agency just a few days later that worked with smaller stations in New York. He said that someone named Paul Baron got him in touch with WWNY. So he sent a tape over, and got an audition, which he described as “the best audition,” noting the studio was “lovely.”

“It was the best audition, I love doing auditions,” Mr. Sterling said. “Everything went right, you know, the people making the decision, program director, general manager, all that stuff. They’re in a booth behind me ... and they had me telescope the music, you know, means just start it, just identify it, and then come back out of it so it doesn’t take any time. And so I had a music sheet and I played the music, announced the music, where I could do some shtick with and then they drove me out to WCNY-TV where the TV station was, and they had me hold up a sneaker and do a spot, you know. Anyway, I got the job ... I had a great time. I loved working there.”

Mr. Sterling worked with WWNY on both radio and television when he started there in February 1960, although most of his work was in radio.

Mr. Sterling said that he loved his time in Watertown and spent February 1960 until the end of that summer in the city. Since his time in the area was spent at the end of winter, he missed the worst part of the season.

“I always tell people I was in Watertown in the summer,” Mr. Sterling said. “I said in the winter, you always see a picture of Watertown where the snow is as high as the bus.”

Some of the people Mr. Sterling remembers include the late Tony Malara, who became the president of the CBS Television Network; Glenn Gough, a veteran media personality who did the morning show and later became known to a new generation of north country residents as the long-time host of WPBS’s Whiz Quiz program; and the late John “Jack” Case, a sports reporter and editor at the Watertown Daily Times, which at the time owned WWNY radio and WCNY-TV, later to become WWNY-TV.

Mr. Sterling said he really enjoyed being able to tape the weekend shows on network radio, which surprised him.

“One thing I really enjoyed, which you wouldn’t think I would have, I’m not very mechanical, but I had to tape all the CBS — it was a CBS affiliate — and they had all these shows on in the weekend that I had to tape, and I fell in love with them. It was the last gasp of network radio,” Mr. Sterling said. “I had to record and playback Gunsmoke and Johnny Dollar, which was like a detective thing, and also Mitch Miller had a show at Sardi’s and I’ve always wanted to do a show like that. And they had the Yankees on, and I was an inveterate Yankee fan then, baby!”

Every so often, when he had free time, he was able to do disc-jockey work, which he said he really liked. They played music that he really enjoyed — “Sinatra-ish,” as he put it.

Mr. Sterling, who grew up in New York City, recalled a time he was eating in a restaurant in Toronto when he got recognized by a couple of people.

“Oh, are you John Sterling?” they asked.

Mr. Sterling said he normally replies in those circumstances with “Guilty.”

The people then told him they were from Watertown.

He then told them he used to work in Watertown.

The $85 a week job in Watertown was a raise for him, and he said that it was really important to him.

He said that he wanted to become a personality, and that he “never even fantasized about the Yankee job.” But that Yankee job did come, and Mr. Sterling has run with it.

Mr. Sterling began broadcasting Yankee games on the radio in 1989, a job he never had to audition for.

He remembers getting back to his apartment in Atlanta when a producer from WABC in New York called him and asked if he would be interested in the Yankee job. The only problem was that he did not want to give up his job broadcasting Atlanta Hawks basketball games.

He said the new general manager did not like the Yankee broadcast team at the time. Mr. Sterling then asked if the general manager knew who he was; he did, because Mr. Sterling had worked for TBS, a cable TV station that allowed people all over the country to watch and listen to him.

Mr. Sterling said he didn’t have an agent at the time so he called up a friend of his that had done New York Nets basketball games with him, and who also had a law business. He asked his friend, Mike DiTomasso, to call WABC to see if they could make a deal.

They did make a deal, and the rest is history.

“I never auditioned, and you have to say one thing for this guy — Fred Winehouse is the fella’s name — and, you know, I owe him everything,” Mr. Sterling said. “He gave me ... my God, this is going to be my 34th year of doing the Yanks. So, it kind of worked out.”

One of the most notable aspects of a John Sterling-called game includes his signature home run calls. Some calls for notable players include “An A-Bomb! For A-Rod!” for Alex Rodriguez; “El Capitan!” for Derek Jeter; and “A judgian blast! All rise, here comes the Judge!” for Aaron Judge.

Mr. Sterling said a lot of them have just happened naturally.

“A lot of them just came out of my big fat mouth,” Mr. Sterling said. “It’s just something I started to do and it caught on and so that and ‘Yankees win’ and ‘back to back and belly to belly’ I have to do. I have to do it, and after all, you should do what the audience wants.”

“We’re in Atlanta, down 0-2, and the next three games were just so phenomenal, including the game where they’re down 6-0 and win in 10 or 11 — whatever, they won — and so the last game Joe’s (Torre) older brother Frank got the heart transplant on a Friday, and Saturday we won the World Series at Yankee Stadium,” Mr. Sterling said.

Mr. Sterling also had a fond memory of an Atlanta Hawks game back when he used to call the Hawks’ games.

He said Game Seven of the Eastern Conference Semi-Finals between the Hawks and the Celtics at the Boston Garden was “the best basketball game I’ve ever seen.” It was a game the Hawks lost, and therefore lost the series, a series that they led at one point three games to one.

Mr. Sterling said the overall kindness of people throughout his career is something that really stands out to him.

“People treat me with such respect, and such niceness,” he said. “I’ve never had an unpleasant moment, not one. Not one.”

There’s no question about it, Mr. Sterling has seen some of the greatest athletes to ever play sports live in front of him — athletes like Derek Jeter, Mariano Rivera, or back when he called Atlanta Hawks games, Dominique Wilkins.

But one athlete stands out to him in particular: Yankees relief pitcher and longtime closer Mariano Rivera.

“So I think of all the times that Mo came in, and was so letter perfect, and was about as perfect — no one’s perfect, everybody makes mistakes —you know, Mo would get beaten every now and then, but his phenomenal record every single year to be that great, and coming in to end the game,” he said.

Mr. Sterling will begin his 34th year calling Yankees games in April, but being in Watertown was not a small thing for him.

“Being on the air in Watertown was great. I loved it,” Mr. Sterling said. “I loved everything I did, including taping the shows and kind of acting as the announcer between all these great shows on CBS and the Yankee game and my own disc-jockey work.”

“I love Watertown,” he added.

When viewers tune in to watch the Yankees on the team’s “Chase for 28” this upcoming baseball season, they’ll once again hear the legendary radio voice of Mr. Sterling, whose earliest days were spent broadcasting in the north country.