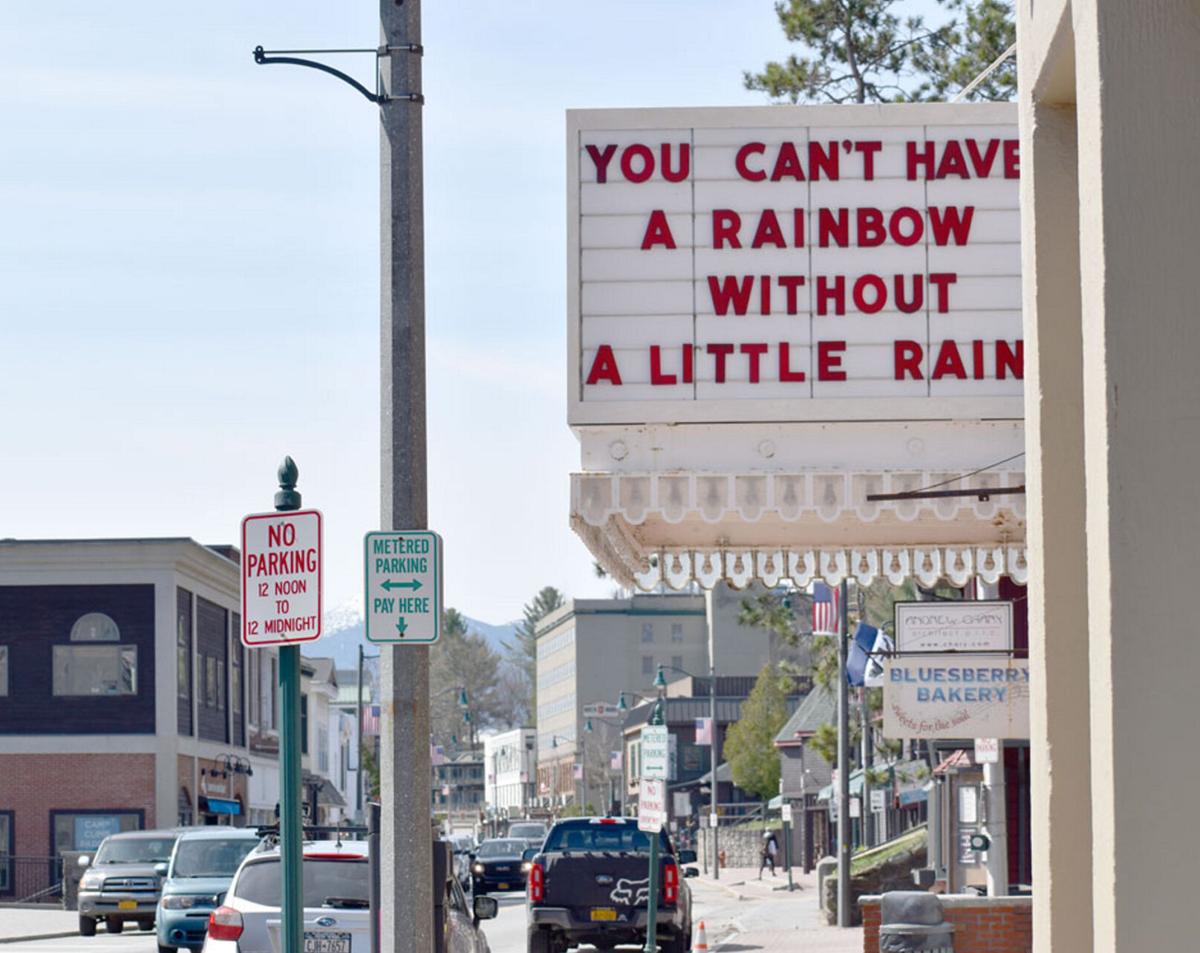 On May 19, the Palace Theatre marquee in downtown Lake Placid offered a hopeful message during the COVID-19 pandemic. Elizabeth Izzo/Adirondack Daily Enterprise 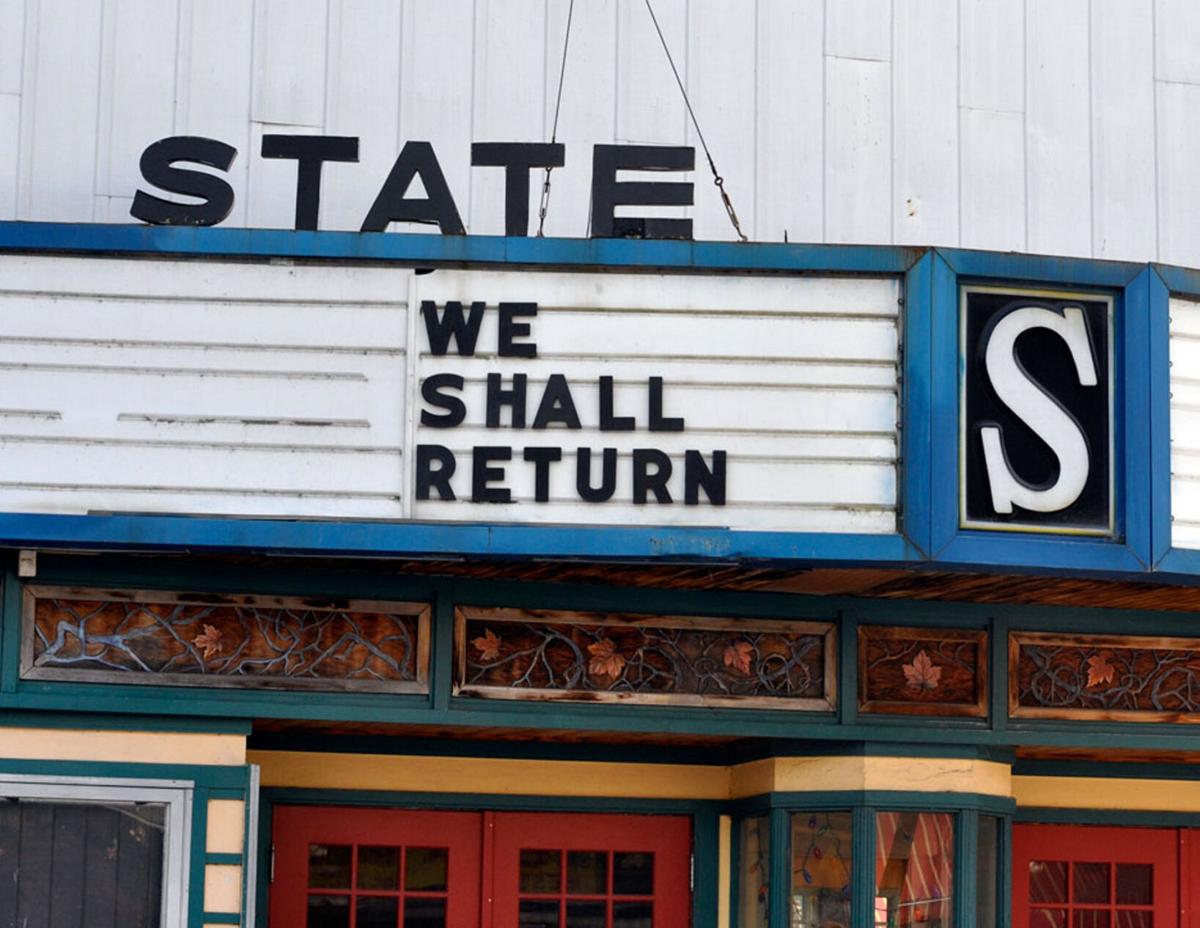 The State Theater in Tupper Lake has been closed since March. Amy Scattergood/Adirondack Daily Enterprise 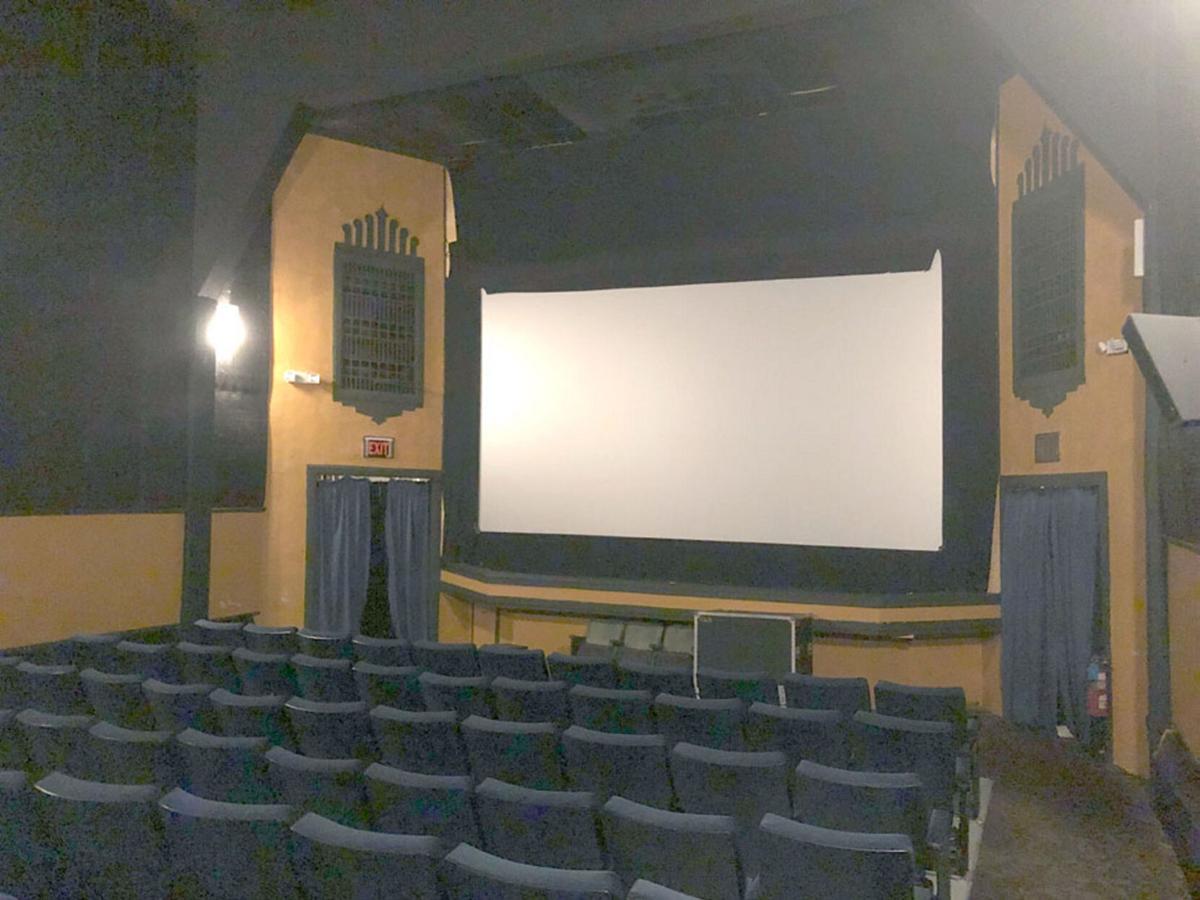 On May 19, the Palace Theatre marquee in downtown Lake Placid offered a hopeful message during the COVID-19 pandemic. Elizabeth Izzo/Adirondack Daily Enterprise

The State Theater in Tupper Lake has been closed since March. Amy Scattergood/Adirondack Daily Enterprise

If you spent the summer dreaming of buttered popcorn and waiting for Christopher Nolan’s latest movie to open, you’re going to have longer to wait, at least in the north country.

Gov. Andrew Cuomo recently said New York will continue to hold off reopening plans for movie theaters. Up to 10,000 theater employees have been laid off or furloughed across the state since theaters were forced to close in mid-March, according to the Albany Business Review. Cinemas are now open in 45 other states.

This puts the small, family-owned theaters in the Tri-Lakes area in a bind — one that’s already lasted for six months.

The Palace opened in 1926, and Clark’s granddaughter Heather Clark is planning a 95th-anniversary celebration for the four-screen theater in 2021 — assuming it will be open by then.

“We’re waiting,” said Heather, whose grandparents bought the theater in 1961. “That’s all we can do.”

“Even if Cuomo says yes, the best I could do is a few historic shows,” said Strasser, as she looked around her closed theater. “Yesterday a whole bunch more movies got pushed back.”

Since the beginning of the pandemic, studios have been pushing back the release dates of upcoming movies. The widely anticipated movie “Tenet,” a noir thriller by Christopher Nolan, was delayed three times due to COVID-19. It was the first Hollywood film to open after the shutdown and opened to disappointing numbers on Sept. 3. (“That broke my heart,” said Heather, a big Nolan fan.)

“Most of my salespeople from Warner and Disney were laid off,” said Strasser. “There’s nothing.”

“Even if we do get the authorization to open up,” said Cory Hanf, who owns the Hollywood Theatre in AuSable Forks, “Hollywood’s not playing anything. How many times can we play a 30-year-old movie?”

Hanf is selling his theater to Jerod and Chris Heidrick, owners of Thwaits-Zaumetzer Funeral Home in AuSable Forks, a process Hanf began before the pandemic. It’s not a new business model; the Clark family also owns the funeral home in Lake Placid. (And yes, they’ve all heard plenty of “Six Feet Under” jokes.)

Strasser would open up the State if she could, although at this point it will take her some time to get the old place in working order again. A lover of independent films, the former projectionist said she’d experiment showing lesser-known films and could easily space out filmgoers in the big theater.

“I can deal with 10 people at a show and still stay alive,” said Strasser. “I own the building.”

At a news conference in Plattsburgh on Monday, local politicians called for Cuomo, the state and its Department of Health to issue guidance to theaters on exactly how to open safely. So far there have not been any guidelines offered.

“We had a plan,” said Barbara about reopening the Palace. “But you can only put it on paper.” The Palace has been refurbished some during the summer, which was easy to do because it was closed.

“We’re keeping our marquee on, because it lights up the street,” she said. “Our electric (bill) this summer was out of this world.”

Barbara says that she’s heard of smaller theaters that have opened in other states — Vermont and Massachusetts allowed theaters to open with a smaller capacity in July — that couldn’t make payroll.

“There’s no product,” she said.

“It’s illogical,” said Hanf about letting restaurants open but not movie theaters. “It’s not a concert where there’s 80,000 people.” The Hollywood has two screens with 136 seats between them, and Hanf said he could easily space out folks and provide masks and sanitizer.

“The draw with theaters is seeing something new,” said Hanf. He noted that it would be one thing if he could show the new Wonder Woman movie — “Wonder Woman 1984” was originally scheduled to be released in June but has been pushed back to Christmas — but as it is now, he’d have to show previously released movies that people can watch or stream at home.

“This hurts the whole industry,” said Heather of Cuomo’s holding out. “Without New York and L.A., (studios) don’t want to open their movies.”

Another conundrum is that the independent movies that Strasser loves and would show if she could open are the sorts of movies that appeal to an older crowd who are more at risk.

“I’ve got a squadron of old ladies,” said Strasser of some of her regulars. “They would be staying home.”

Strasser looked up at her own dark marquee. The last movies she screened before she closed were Pixar’s “Onward” and the remake of Jack London’s “The Call of the Wild,” starring Harrison Ford and a CGI dog.

“This is a small town. What are you going to do in the dead of winter? You can go bowling,” said Strasser. New York bowling alleys were allowed to reopen in mid-August.

“Or you can go to the movies.”