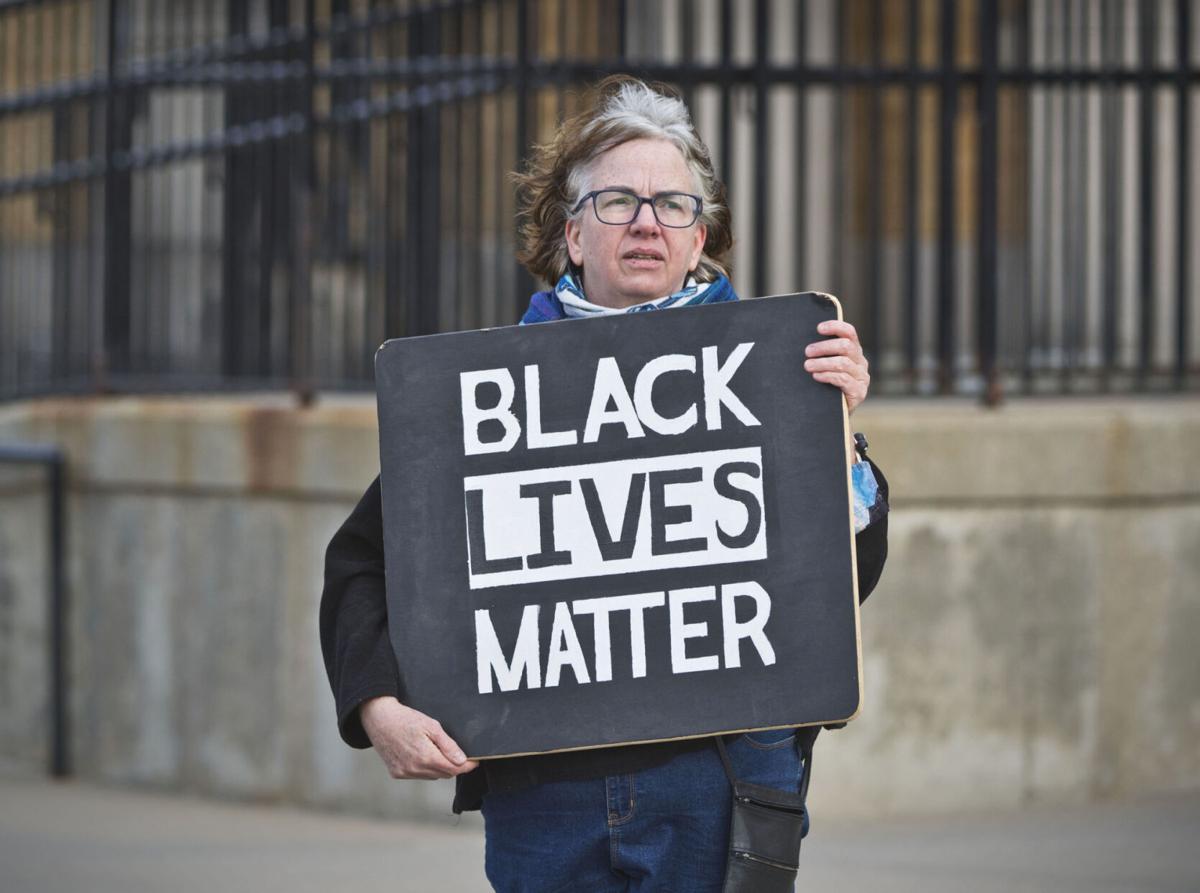 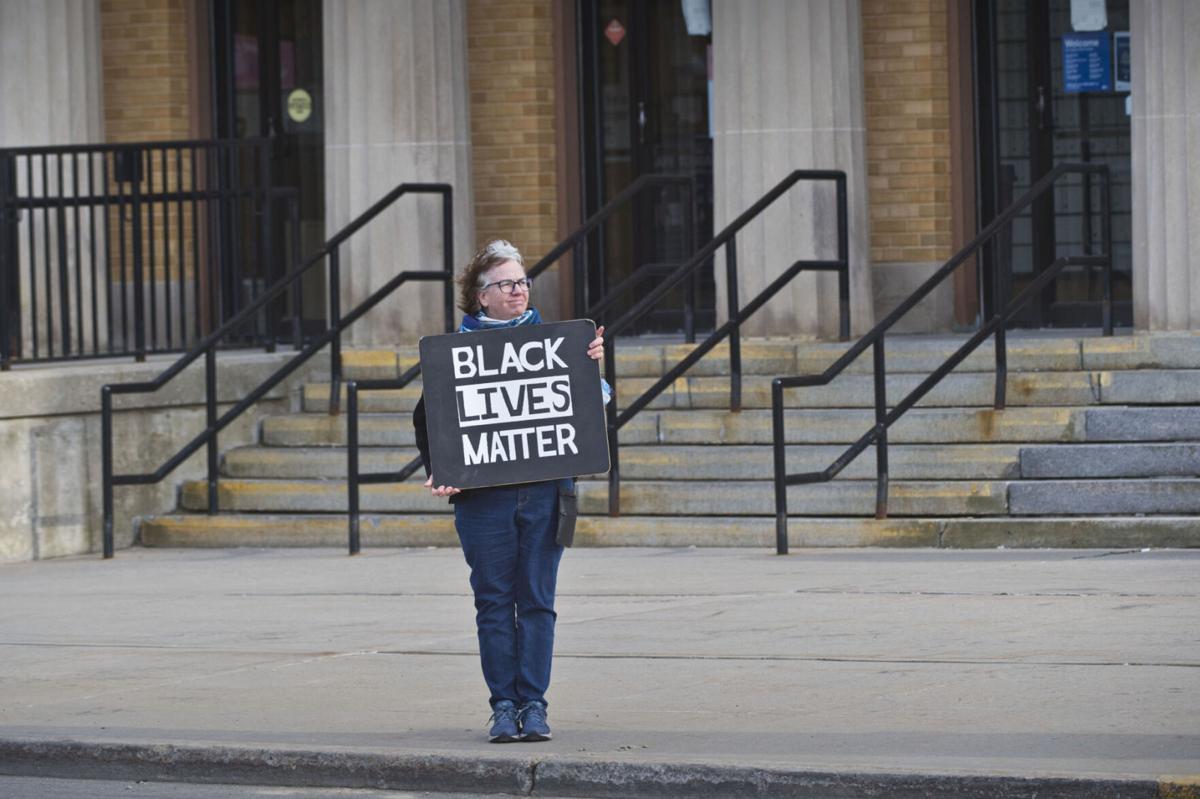 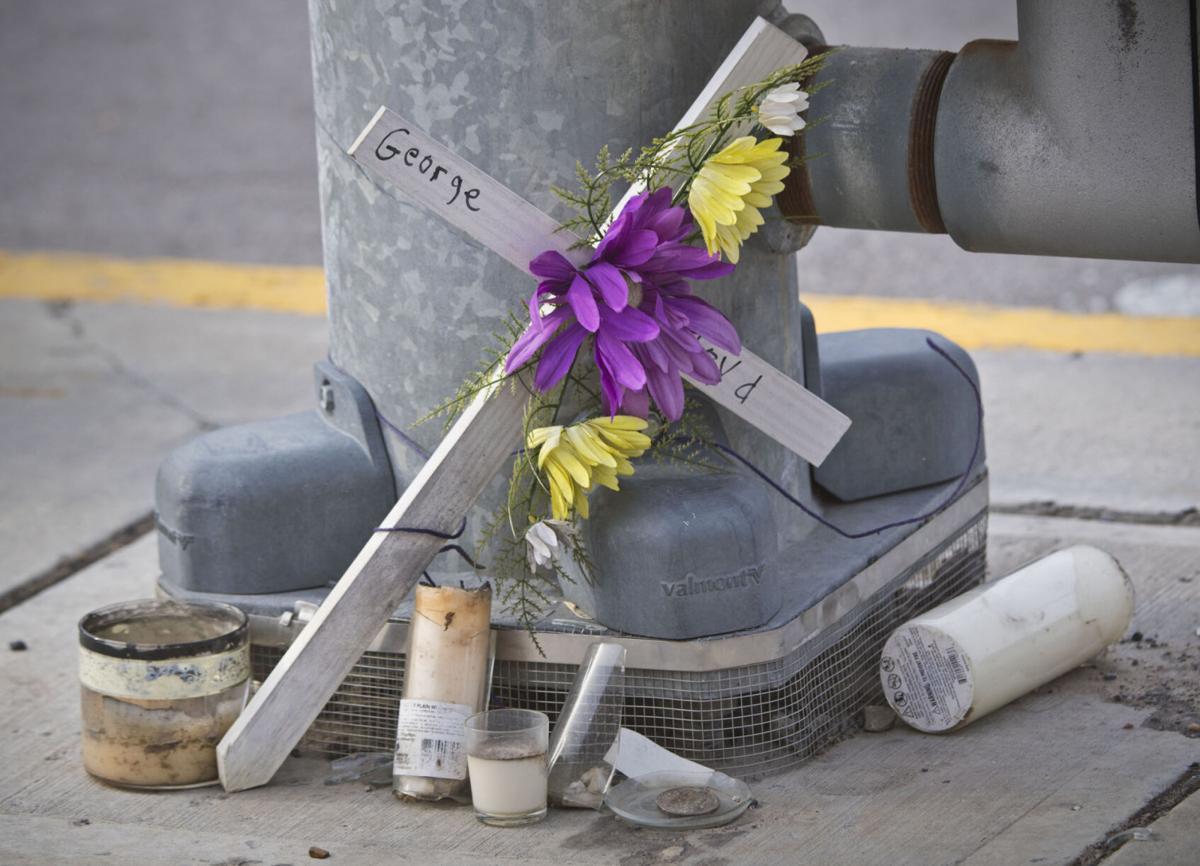 A weathered memorial for George Floyd on the corner of Elm and Union streets in front of the Potsdam Post Office on Tuesday afternoon. Christopher Lenney/Watertown Daily Times 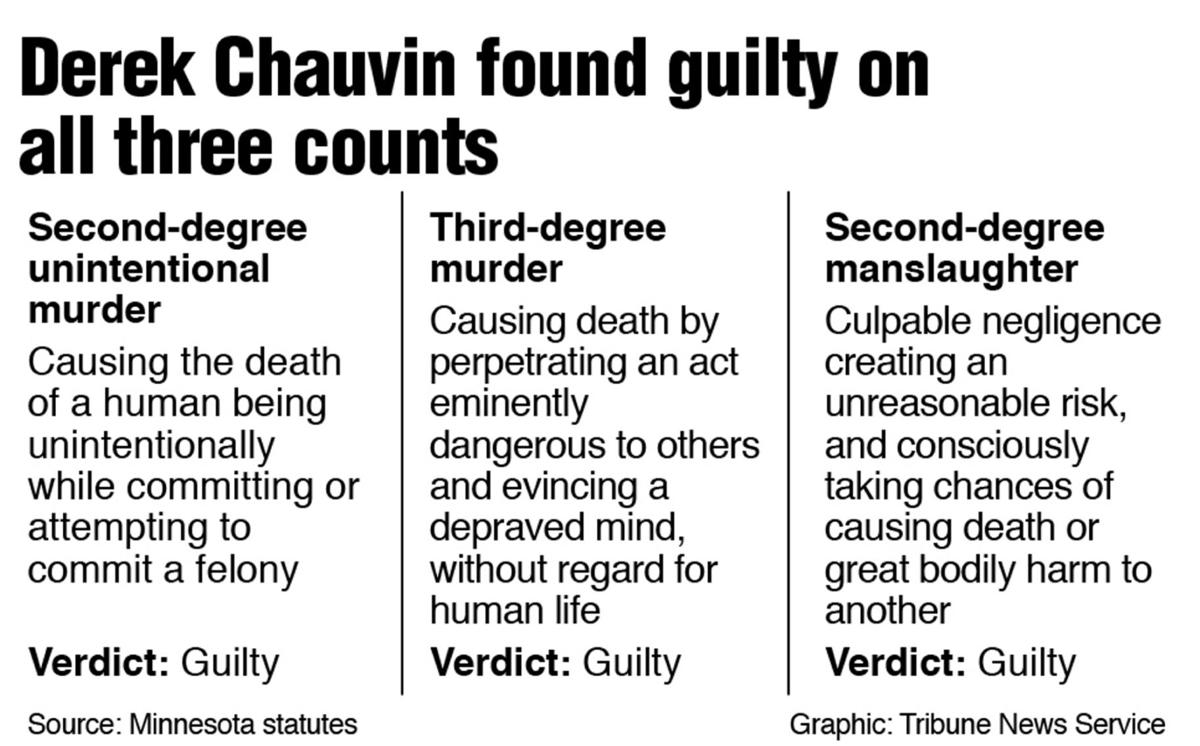 Infographic on the Derek Chauvin verdict

A weathered memorial for George Floyd on the corner of Elm and Union streets in front of the Potsdam Post Office on Tuesday afternoon. Christopher Lenney/Watertown Daily Times

Infographic on the Derek Chauvin verdict

State legislators and officials solemnly celebrated justice, they said Tuesday, following the guilty verdict of Derek Chauvin, a former Minneapolis police officer convicted of murder in the death of George Floyd last May.

After deliberating for less than 12 hours, the jury returned its verdict Tuesday on Chauvin, a white former officer who was charged with manslaughter, second-degree murder and third-degree murder in the death of Floyd, a Black man. Chauvin, 45, could be sentenced to 40 years in prison.

“This guilty verdict says what so many of us have known for a year — George Floyd was murdered by an officer sworn to protect and serve, but this verdict doesn’t mean the persistent problem of police misconduct was solved,” U.S. Senate Minority Leader Charles Schumer, D-N.Y., posted to Twitter after Tuesday’s decision. “George Floyd should be alive. We are working for real change.”

In Detroit, the verdict came as snow fell, and a few dozen protesters gathered outside Detroit Public Safety headquarters prepared to speak out if the verdict had gone a different way. They applauded the verdict, but refrained from celebrating.

Schumer rejoiced that justice was served, he said in a statement, but said Floyd’s killing — which was the catalyst for months of Black Lives Matter protests, demonstrations and conversations about racial equity around the globe — changed the nation forever.

“We should not mistake a guilty verdict in this case as evidence that the persistent problem of police misconduct has been solved or that the divide between law enforcement and so many of the communities they serve has been bridged,” Schumer said. “We must remain diligent in our efforts to bring meaningful change to police departments across the country.”

Cuomo hoped for closure for Floyd’s family, he said Tuesday, but called for a continued push against systemic racism.

“The verdicts delivered today were a powerful statement of accountability,” the governor said in a statement, “but while I’m grateful that the jury returned these verdicts, accountability is not the same as justice. It doesn’t make an unacceptable situation acceptable, and it doesn’t bring Gianna’s dad back. But it must fuel our continued march towards equity.

“Emmett Till. Medgar Evers. Rodney King. Amadou Diallo. Sean Bell. Trayvon Martin. Eric Garner. Michael Brown. Philando Castile. Ahmaud Arbery. Breonna Taylor. George Floyd. Daunte Wright. Adam Toledo. Our country has never fully lived up to its founding ideal, of liberty and justice for all,” Cuomo continued. “Still, our greatest attribute has always been our optimism, our belief in an ever better future, our faith in the strength of humanity. We saw that faith in streets across the country last summer and over the last 11 months. Our charge now is to channel our grief, our anger, our righteous energy, and make real, positive, and long-overdue change happen.”

The graphic video of Floyd’s killing, which was presented as evidence during the trial, showed several bystanders urged Chauvin — who pressed his knee into Floyd’s neck for more than nine minutes — to stop applying pressure. Before his body went limp on the pavement, Floyd, 46, also pleaded with the officer, telling him he couldn’t breathe.

Prosecutors in Minneapolis called dozens of witnesses — people at the scene, law enforcement, medical experts — to prove their case that Chauvin’s force was excessive and not in line with police department policy.

“Today’s verdict delivers a small measure of justice to the family of George Floyd, but nothing can ever erase the pain of losing a loved one,” said U.S. Sen. Kirsten Gillibrand, D-NY. “Our nation remains in a moment of moral reckoning and we must take bold and decisive action. Congress must pass the George Floyd Justice in Policing Act to address the systemic and institutional racism that plagues our criminal justice system and continues to lead to the deaths of countless Black Americans.”

State Attorney General Letitia James remarked after Tuesday’s verdict that Floyd’s family and communities across the nation were torn apart by his killing last Memorial Day.

“We all watched in helpless desperation as a man was mercilessly killed by the knee of a police officer,” she said in a statement. “Today, there is finally accountability for this atrocious crime that stole the life of a father, brother, son, and friend. I pray that the Floyd family finds some semblance of justice and peace for this horribly unjust act. While true justice will never be served as long as Black men and women are subjected to such inequality, today, we are one step closer to a fairer system.”

The state’s leading Democratic leaders, Assembly Speaker Carl Heastie, D-Bronx; and Senate Majority Leader Andrea Stewart-Cousins, D-Yonkers; both commended the guilty verdict, but called for the jury’s decision to be the first step to change a system founded on racist structure.

“That Derek Chauvin was found guilty on all counts is important and it is right, but I also know we must continue to challenge the system that enabled his murder in the first place,” Heastie said. “George Floyd’s death was a turning point. Across our state, our country and indeed the world, people took to the streets to say no more to the systemic racism that costs the lives of our friends and neighbors. To say that those with power and authority must be held responsible for their actions. To demand that we rebalance the tilted scales of justice in our country. To say that Black Lives Matter.”

Stewart-Cousins is heartened by the verdict and the step toward accountability, but reminded New Yorkers the victory is not a mark of true justice.

“True justice would mean that George Floyd would have walked away from that encounter alive,” she said. “It would mean that he would be able to watch his daughter grow up. If we had true justice in this country, the kind that lives up to our ideals, countless other Black men and women wouldn’t see the same fate as George Floyd. While we cannot change the past, we can change what happens next. We can decide that we can no longer tolerate a policing system and a justice system that only serves some and not all. We can commit to real reform, to real justice, and to a better system of policing that truly keeps our communities safe instead of tearing them apart.”

"Systemic racism!", they shout. The dems are in power because of this charade. Expect more claims of racism. What they are doing is dividing this nation into tribes. Expect more of this behavior and then utter failure.