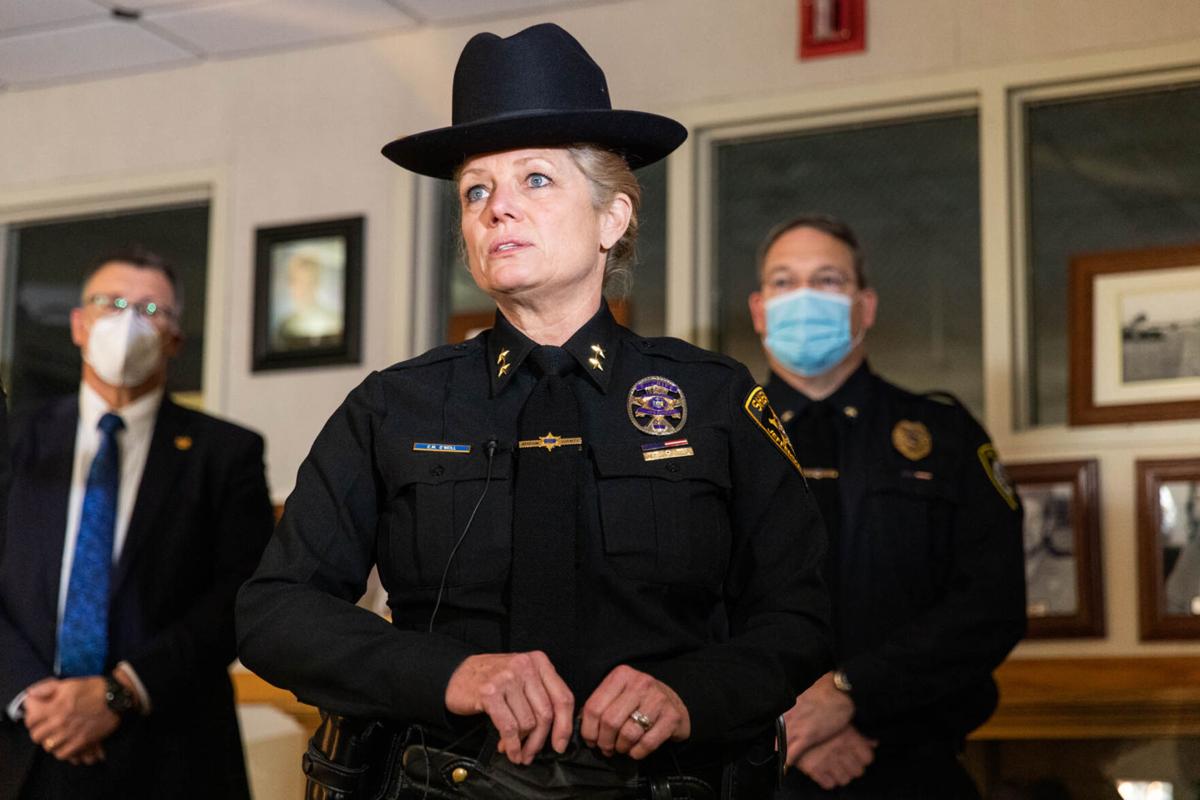 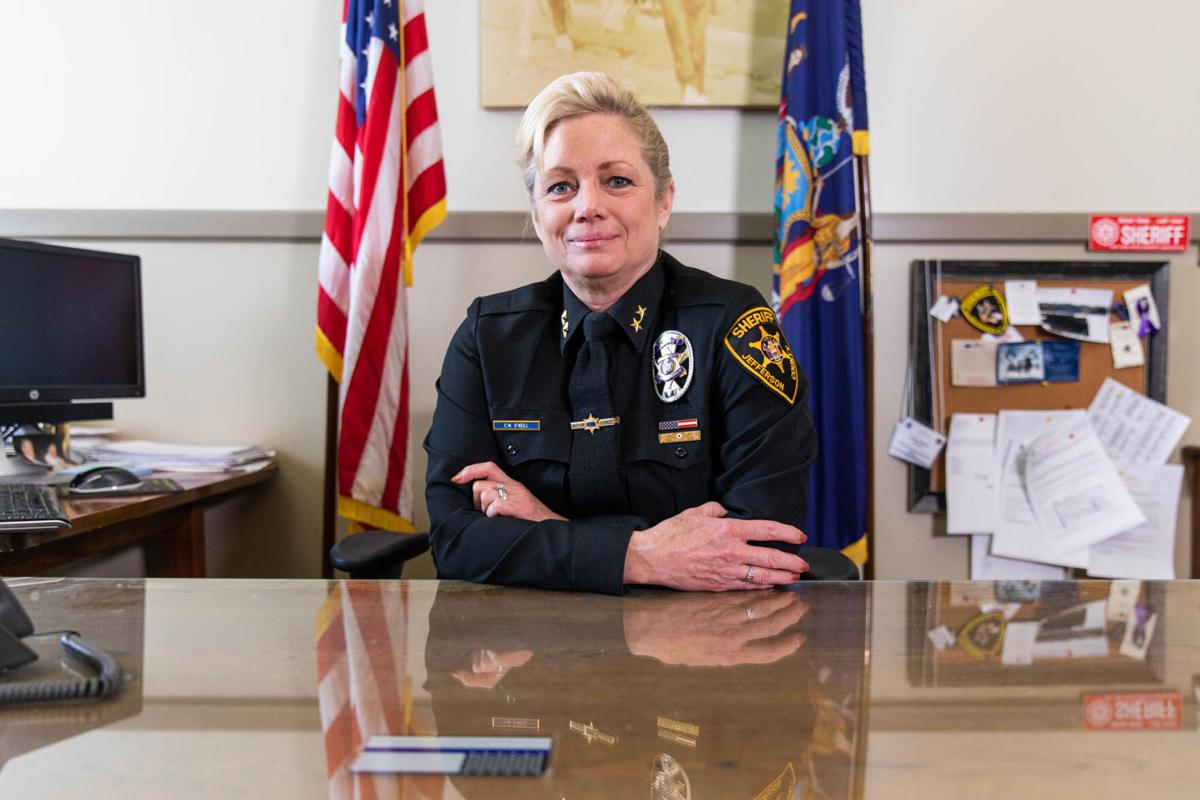 WATERTOWN — They might not be opposed to medical marijuana, but many law enforcement officials in the north country are against the full legalization that occurred Wednesday, saying it’s an excuse for revenue, difficult to enforce and further advancing for illegal dealers.

The state Legislature debated into the late evening hours Tuesday, but the measure, the Marijuana Regulation and Taxation Act, ultimately passed in both legislative chambers on Tuesday.

“For 30 years we’ve been enforcing laws against marijuana because it’s dangerous,” Sheriff O’Neill said, “and because a state finds a revenue source by legalizing something that’s been dangerous all along, it’s hard to imagine that any good is going to come from that.”

Marijuana sales are expected to bring $350 million to the state per year, and the industry could create between 30,000 and 60,000 jobs, according to the governor’s office.

She said she thinks the main beneficiaries from the legalization will be drug dealers since it will be legal to possess up to three ounces at a time.

“It’s going to be very difficult for a police officer to prove where it came from,” she said. “If the proof they have to show is a tax receipt, what’s going to prevent them from just holding on to just one tax receipt for an indefinite amount of time and carry around marijuana they could have gotten anywhere?”

The state Association of Chiefs of Police and state Sheriff’s Association oppose the legislation because of traffic safety standards and concerns.

Driving issues, including probable cause and gathering evidence of people operating vehicles under the influence of marijuana, were major sticking points for legislative leaders during negotiations.

Sheriff O’Neill said she’s not opposed to medical marijuana as long as it’s used within the guidelines of the medical professional who prescribed it, but enforcing it on a mass-legalization scale is different, she said.

There’s no chemical test for marijuana that could be performed at a traffic stop, making officers rely on field sobriety tests and make a Common Law DWI arrest, which is based mainly on their observation during the stop. There will likely be more training, but there’s hardly enough funding for officers to become drug recognition experts, she added. The sheriff’s office currently has one, she added, and another is scheduled to begin training shortly and not finish until the end of the year.

“This isn’t something that we can just pull everyone together in an afternoon and teach them,” Sheriff O’Neill said, adding that she thinks black market cannabis dealers are going to thrive just like peddlers of other drugs.

“I’m not saying that marijuana is at that level of danger as heroin by any means,” she said. “But of all the effort that we put into taking something as dangerous as heroin off the streets, the drug dealers still thrive in that department.”

Lewis County Sheriff Michael P. Carpinelli said Wednesday after the governor officially signed the legislation into law that he’s less worried about what might happen for officers suspecting marijuana during a traffic stop and more worried about the message legalizing it will send to kids.

He’s also skeptical of the state’s intentions with the legislation.

Black River Police Chief Steven C. Wood said he’s definitely in favor of medical marijuana and has yet to form an opinion on the newly signed legalization. He said he’s worried about how employers will approach it, and how users might drive while under the influence at a higher rate.

“Medical marijuana is a natural product,” he said. “It’s helping individuals that have diseases. I just think that people are going to be confused about this and think that they can go about their lives smoking whenever they want.”

Probably a good idea to stop wasting time trying to ban drugs. If adults want to dig their own graves, provided they are properly informed of the risks and provided the rest of society is protected from them (by figuring out how to detect stoned driving for example) it's probably worth it to just write them off. Law enforcement likes drugs being illegal because possession is a way to arrest someone you might want for some other charge you can't prove. But that's short sighted. If your intent is to reduce crime, destroying a black market industry is a great place to start.

Seems to be mostly a knee jerk reaction. Most places that have legalized have seen the use of harder drugs decline, I believe.

Also, if people can grow their own, dealers don’t make money off it. I thought there should be a license required to grow each year. Just a nominal fee.

If they want to get rid of the two most dangerous drugs in history then they should be campaigning to outlaw Tobacco and Alcohol. Both kill tens of thousands of Americans every year yet no one dies from MJ. Give us a break with the same old tired lies about MJ. Drugs aren't for me but MJ is not the danger they'd have us believe it is. I think it s more about job security than anything else. Less drug laws will eventually mean less cops. Same with prohibition when that was repealed they made MJ into some big evil thing to keep their jobs.'