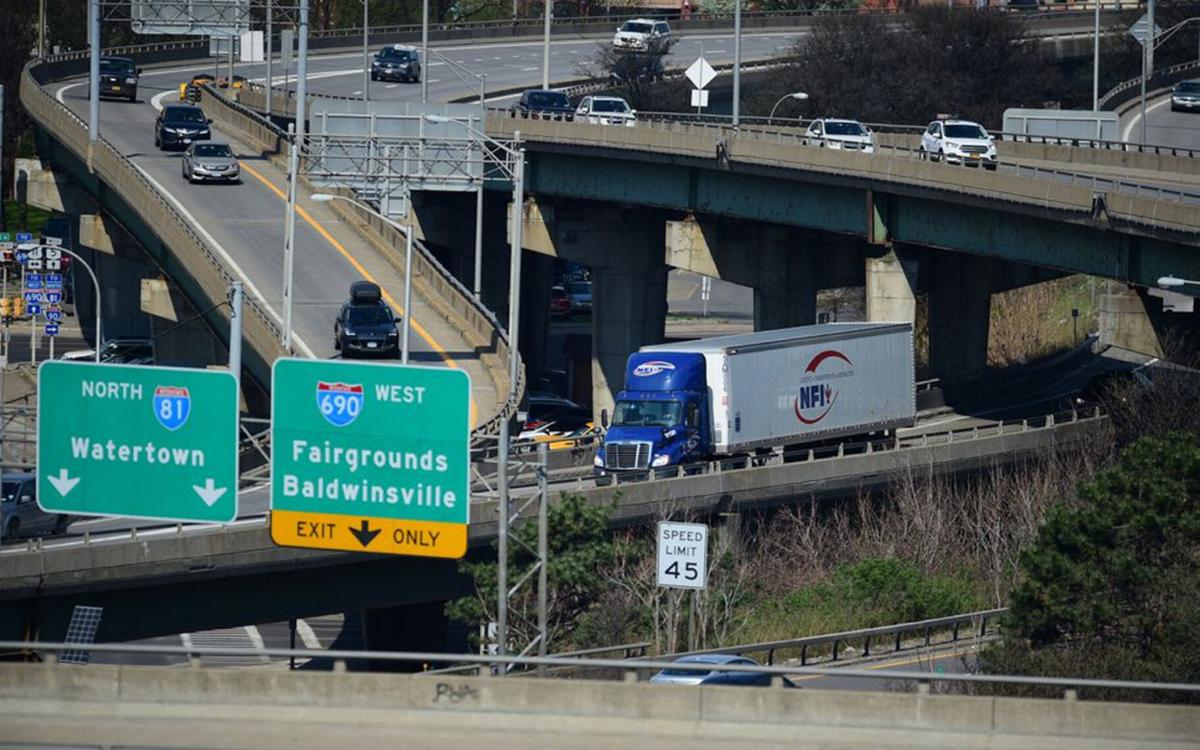 The convergence of Interstates 690 and 81 in Syracuse in May 2018. Michael Greenlar/syracuse.com/TNS 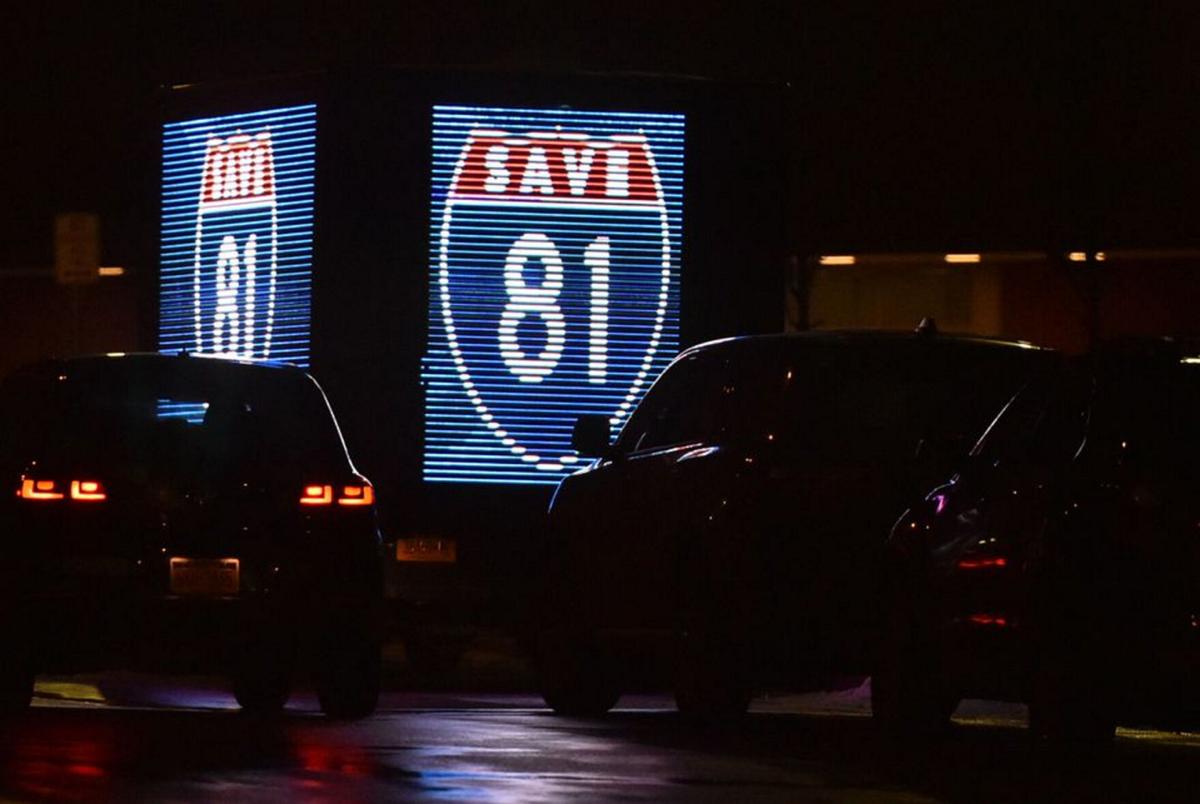 A town hall meeting to discuss the future of Interstate 81 was held in 2019 in Syracuse. Scott Schild/syracuse.com/TNS

The convergence of Interstates 690 and 81 in Syracuse in May 2018. Michael Greenlar/syracuse.com/TNS

A town hall meeting to discuss the future of Interstate 81 was held in 2019 in Syracuse. Scott Schild/syracuse.com/TNS

SYRACUSE — Interstate 81 is due for an upgrade, and city, state and federal officials are working to get the massive, $2 billion rebuilding project up and running by next year.

But town officials from around Onondaga County say they’ve been entirely left out of the discussion and fear the construction plans currently on the table have completely disregarded the needs of their residents.

“We think it’s disingenuous for the city of Syracuse to disenfranchise the needs, wants and concerns of 69% of the population of Onondaga County, which resides in the towns,” Onondaga County Supervisors Association President and Town of Clay Supervisor Damian M. Ulatowski said.

In 2019, the state Department of Transportation released a preliminary version of the I-81 renovation plan, which called for the removal of 1.4 miles of bridges that carry the highway through Syracuse, from University Hill to the downtown area.

The highway would then be connected with Syracuse’s street network on either side of downtown — travelers would either drive through the city to get from one end of the interstate to the other, or go the long way around the city on Interstate 481, which is currently a diversion that wraps around the city’s eastern side.

Part of Interstate 690, a diversion of the New York State Thruway, would also be rebuilt through downtown Syracuse.

Mr. Ulatowski said this plan is great for city residents, but would create major issues for the roughly 322,000 residents in Onondaga County’s 18 towns.

“The city wants to bring down that viaduct because it separates communities, and we’re all in favor of that. But we don’t want to create a new, disenfranchised zone out in the suburbs to make up for that,” he said.

Mr. Ulatowski said removing the direct north-to-south highway in downtown Syracuse would increase travel times for county residents by at least 12 minutes per trip every time they wanted to use 1-81, and would require that anyone who doesn’t live in the city to travel into the city proper and navigate the busy city streets before reaching the interstate.

The alteration would also have a significant negative impact on the town of Salina, on the northern side of Syracuse, according to Mr. Ulatowski.

Mr. Ulatowski said the restaurants, shops and hotels in Salina would likely find it difficult to remain competitive without the traffic of the interstate at their front doors, and the currently undeveloped spaces along I-481 would likely see a boom in development, increasing unnecessary urban sprawl.

Mr. Ulatowski said the Onondaga County Supervisors Association has proposed a compromise, something he called “community grid plus,” which calls for the project to keep some form of high-speed transit through the city, either with a sunken highway or another bridge.

State Department of Transportation officials have considered a tunnel, depressed highway or bridge option for the project in the past. Those plans have all been rejected for various reasons, as either too expensive, too large in size, or too similar to the existing highway, which runs through a neighborhood made up primarily of low-income and public housing.

Mr. Ulatowski said town leaders from across Onondaga County feel left out of the planning process, and feel they’ve been told to take what they’re given without a fuss. He said they’ve reached out to Gov. Andrew M. Cuomo, U.S. Sens. Charles E. Schumer and Kirsten E. Gillibrand, and Secretary of Transportation Peter “Pete” Buttigieg with their concerns.

“Our worries just fall on deaf ears,” he said. “No one listens.”

A state DOT spokesperson disagreed with Mr. Ulatowski, and said officials have repeatedly met with Onondaga County residents from around the county.

“DOT has conducted extensive outreach and engagement with the residents of Onondaga County, including suburban communities surrounding the city of Syracuse, which include but are not limited to Clay, Cicero, Salina, Camillus, Lafayette and DeWitt,” the spokesperson said.

The state DOT held an open house to discuss the initial plans, and held 11 neighborhood meetings in the city and surrounding suburbs as well, which yielded more than 1,000 comments from community residents that were passed along to the federal DOT.

“Additionally, throughout the process DOT officials have met one on one with a number of business owners, stakeholders, residents and elected officials in suburban areas to listen to their concerns,” the spokesperson said.

Despite the fact that the state has already set aside millions of dollars for the project, and work is expected to begin next summer, Mr. Ulatowski said there’s still a chance that the project plans can be updated with his concerns in mind. The U.S. Department of Transportation, which will be funding a majority of the project, is still working through the plans themselves.

“It’s not a done deal,” he said. “There’s still going to be another public hearing, and at that hearing you can bet there’s going to be a lot of vocal opposition to a grid-only option.”