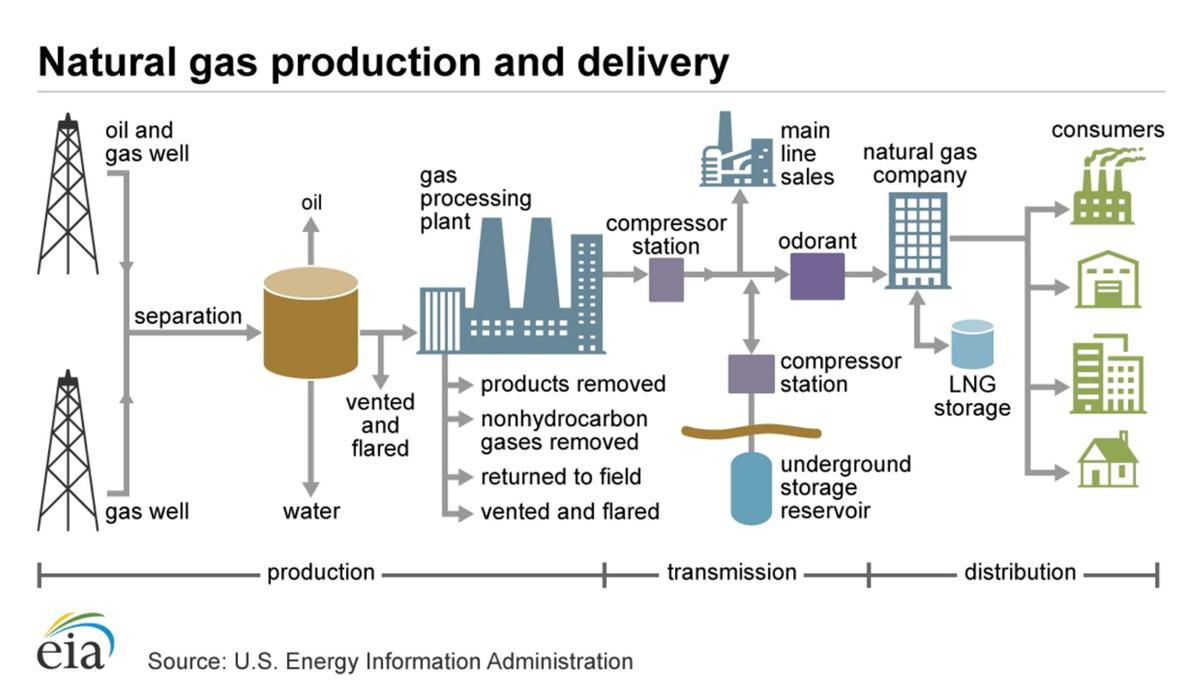 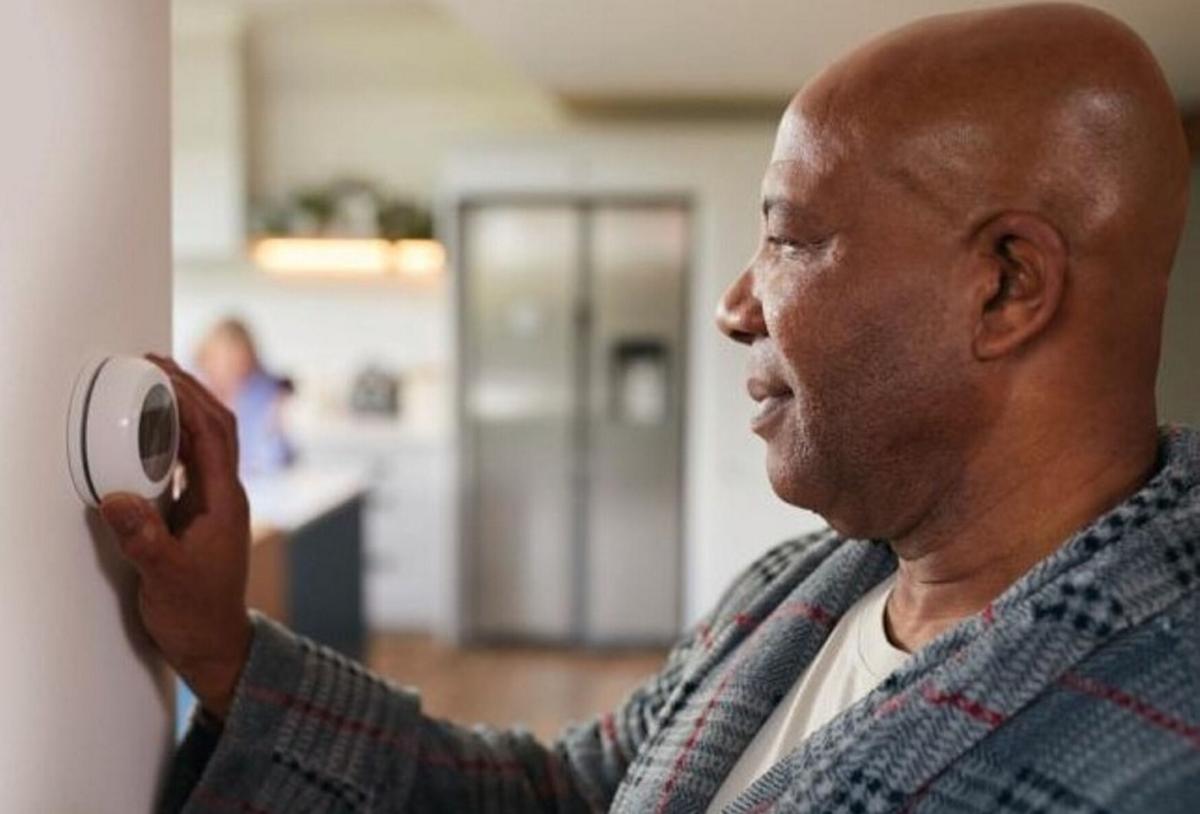 National Grid’s residential customers are forecast to pay, on average, about $651 for the upcoming heating season. That’s about $155 more than the previous heating season for the same amount of energy. Photo courtesy of National Grid

National Grid’s residential customers are forecast to pay, on average, about $651 for the upcoming heating season. That’s about $155 more than the previous heating season for the same amount of energy. Photo courtesy of National Grid

As the nation continues to dig out of the economic downturn of the pandemic, businesses are using more natural gas for their operations and producers are scrambling to meet that demand. It’s a formula for higher prices, and that’s what residential customers of National Grid will see this heating season.

He spoke Thursday during a conference call arranged by National Grid to discuss the winter heating forecast.

“However, it hasn’t been growing quite as quickly as natural gas demand,” he said. “As a result, across the nation, we see a somewhat tighter market that, as supplies grow but don’t quite keep pace with the short-term, with rising natural gas demand.”

The market conditions will effect National Grid customers during its five-month heating season, which runs from approximately Nov. 1 to March 31. There are two components of customers’ bills relating to natural gas: energy supply and energy delivery.

“The supply portion, which includes the actual cost of the natural gas commodity, is set to the market place and is passed on directly to customers without markup,” said Patrick Stella, communications manager for National Grid.

In late September, National Grid made a filing for a potential rate increase in the delivery aspect to the New York Public Service Commission for review. The delivery aspect also includes the cost of maintaining and repairing the delivery system and responding to emergencies related to the system.

National Grid’s supply forecasts are updated at the end of each month. Based on the end-of-September market conditions forecast for the five-month heating season, the utility’s residential customers who on average, run 713 therms from November to March, are forecast to pay $651. That’s about $155 more than the previous heating season for the same amount of energy.

“Therm” is the unit of measurement of natural gas over time. One therm is equal to 100,000 British thermal units, BTUs. To put that in perspective, the U.S. Energy Information Administration says that 100,000 BTUs is the quantity of heat needed to raise the temperature of 1 pound of water by 1 degree Fahrenheit.

“That forecast is based on information available at the end of September and it assumes normal winter weather,” said Melanie Littlejohn, vice president of customer and community engagement for National Grid. “Cost and use are impacted by weather conditions. We want to remind everyone that forecast figures today are approximate and based on the current snapshot in time.”

For pricing, the gas market closely watches the “Henry Hub” — a distribution hub on the natural gas pipeline system in Erath, La. The Henry Hub “spot price” rose from $5.63 per million British thermal unit, MMBtu, on Sept. 29 to $5.95 on Wednesday.

The “potential future supply” of natural gas, Mr. Meyer said, is at a record high.

“When we look at those natural gas resources that are recoverable, the U.S. has an abundance of that supply,” Mr. Meyer said. “The question is, what can economically be produced and then moved?”

For example, there needs to be infrastructure in placed to move that natural gas to where it’s needed.

“That will play out differently in different parts of the country,” Mr. Meyer said.

In the past decade, he said, natural gas producers were generally quick to restart drilling operations as natural gas prices increased.

“However, during the past year, as natural gas prices recovered, the resumption of drilling activity has been somewhat muted,” Mr. Meyer said. “Production has grown this year but it hasn’t really grown as much as expectations given the history we’ve seen.”

There are reasons for that production decline, Mr. Meyer said.

“Those companies that explore and produce for natural gas have announced more discipline in terms of their capital expenditures in intent to grow production,” he said. “That discipline is based on their experience last year and over recent years with low natural gas prices. Coming off those lows, we really haven’t seen quite as quick a growth as we might have expected.”

But Mr. Meyer is encouraged by seeing growth in production in the southern U.S. as well as more infrastructure there.

Natural gas is stored in large volumes in underground facilities and in smaller volumes in tanks above or below ground.

“These working gas levels are below the five-year average, but they continue to grow,” Mr. Meyer said. “The refill continues at pace. In particular, we see in the Midwest region and in the East region, key areas where underground storage serves primarily utilities and their customers during winter months, we are seeing strong refills in those areas. In the east, it’s a little bit below the five-year average and last year’s level, but a strong refill, nonetheless.”

Ms. Littlejohn said that to mitigate market volatility on customers’ bills, National Grid plays an active role in managing the gas supply by such elements as storage, future price hedges and locking in prices.

“Our customers pay exactly for what we pay for energy and not a penny more,” she said. “We recognize that higher supply prices are certainly not easy on our customers, and especially for our customers who continue to struggle from the economic hardship brought on by the pandemic.”

Ms. Littejohn urged customers who may have trouble paying bills to take advantage of National Grid programs outlined on its website. That help can range from grant programs to National Grid’s Energy Affordability Program.

“National Grid customers who are eligible for HEAP are also qualified for additional discounts through our Energy Affordability Program as well as many other payment and billing options,” Ms. Littlejohn said.

Proposal to the PSC

“We worked hard to strike a balance between prioritizing customer energy affordability and ensuring resiliency — especially in light of the record number of damaging storms we’ve seen in upstate New York — while deferring other programs and initiatives that would add to our customers’ bills,” National Grid’s New York President Rudy Wynter said in a news release.

He noted that, as part of the agreement, National Grid has committed to delivering a portfolio of programs that focus on energy efficiency, heating alternatives and new technologies to help customers manage their energy use across the company’s 25,000-square-mile upstate New York service area.

The New York Public Service Commission is expected to decide on the proposal by the end of this year. If the rate case is approved by the PSC, customers will notice those impacts in their first bills of calendar year 2022.