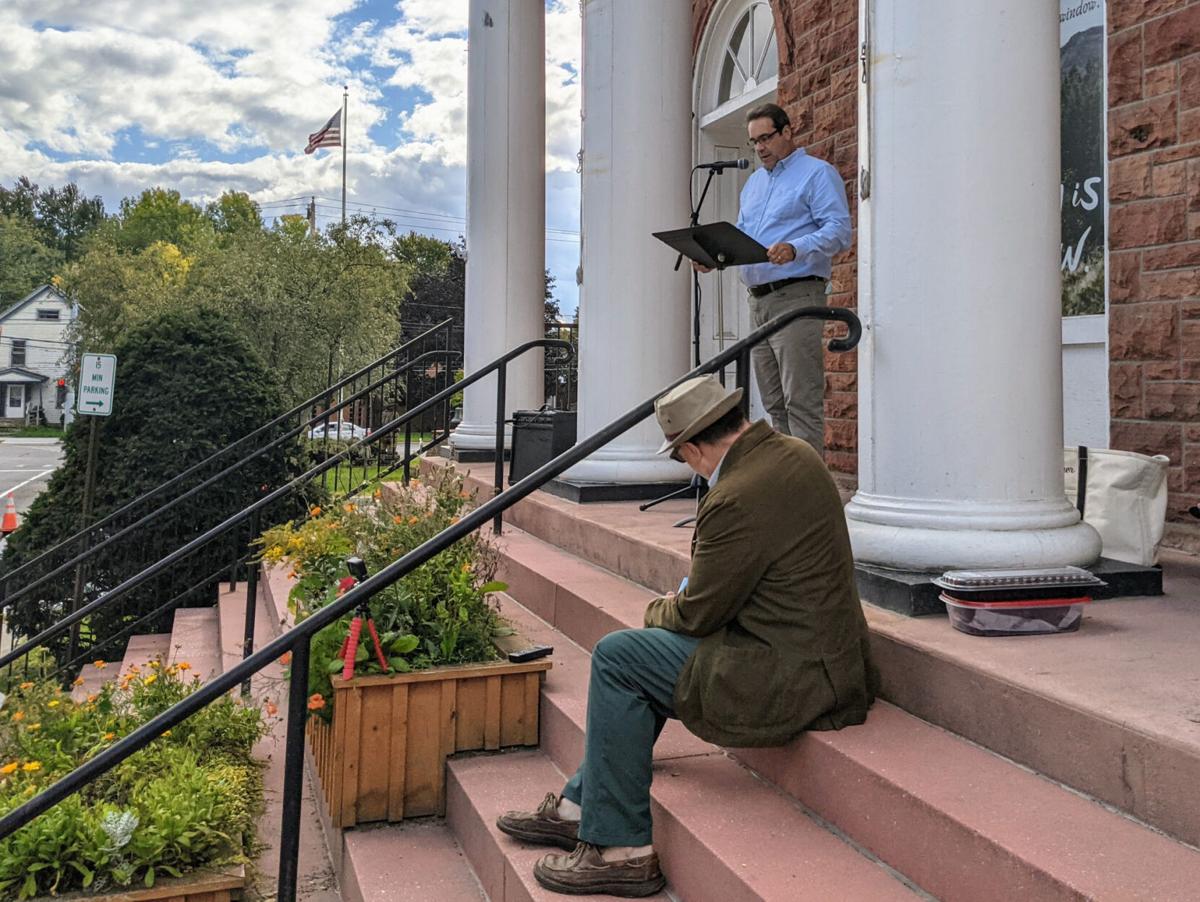 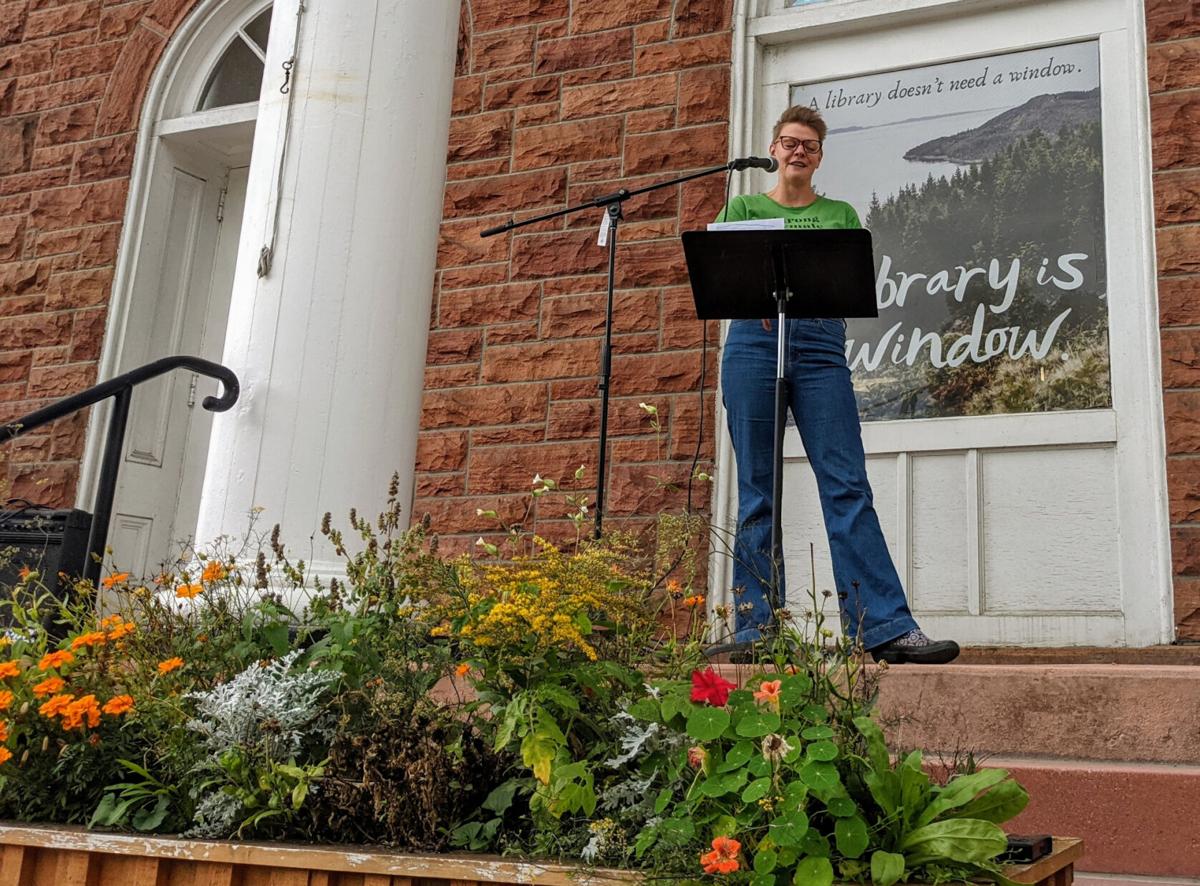 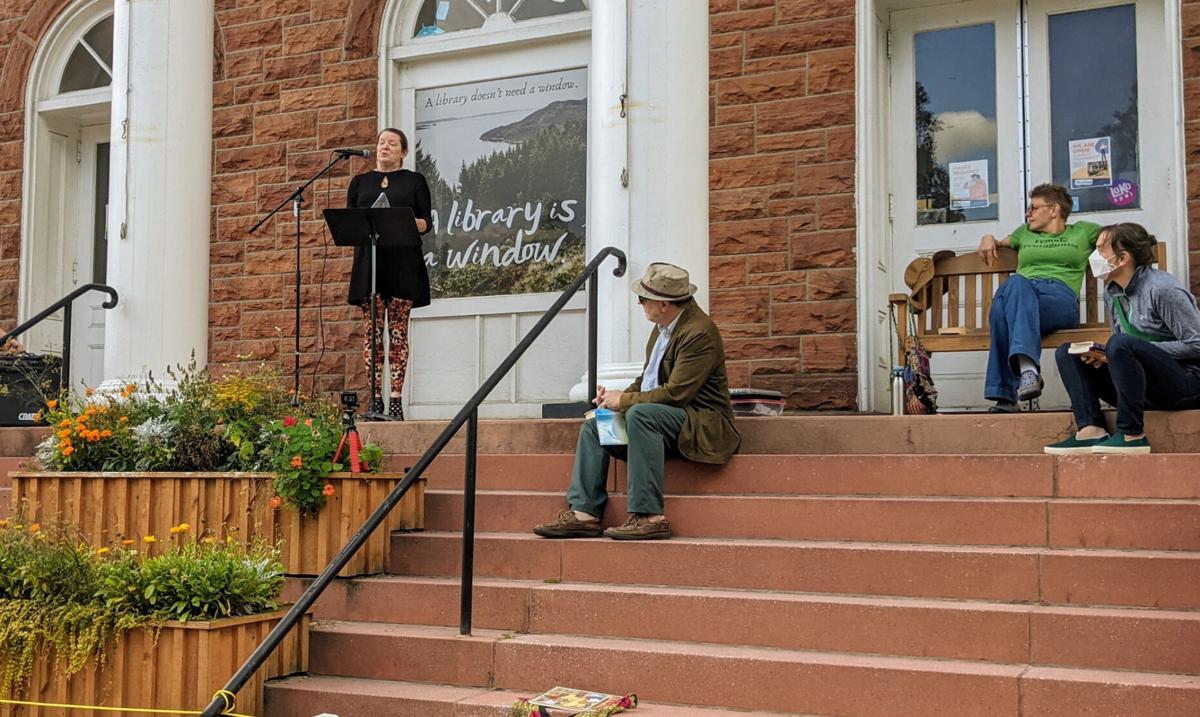 POTSDAM — On the steps of the Potsdam Public Library on Sunday, competing with the roar of traffic on Park Street, a handful of book lovers read passages from books that have been challenged or banned from libraries and schools across the nation.

Doug Buchanan, a social studies teacher at Salmon River read from the Bible, and Kate Kreuger, a director of honors and a professor of literature in the Honors Program at Clarkson University, read from Harry Potter and the Scorcer’s Stone.

Before the advent of public libraries, people had to have money to get books, Ms. Krueger said. When books are banned, society is taking away access to knowledge.

Banning books, she said, is taking that choice away from someone else.

Banned Books Week began in 1982 and is typically held during the last week of September.

Mr. Eckert said Sunday that, weather permitting, a microphone and speaker will be available on the front stairs of the library for a sort of open mic opportunity for people to read from banned books throughout the week.

— Rivka Eckert, assistant professor of theater and dance at SUNY Potsdam, who read from In The Night Kitchen, by Maurice Sendak

— Jay W. Pecora, the department chair and an associate professor of theater and dance at SUNY Potsdam, who read from Of Mice & Men, by John Steinbeck

— Kayla French, an English teacher at Parishville-Hopkinton Central School, who read from Howl, by Alan Ginsburg

— Andrew Carpino, a teacher at Catherine of Siena Academy in Canton, who read from The Chocolate War by Robert Cormier