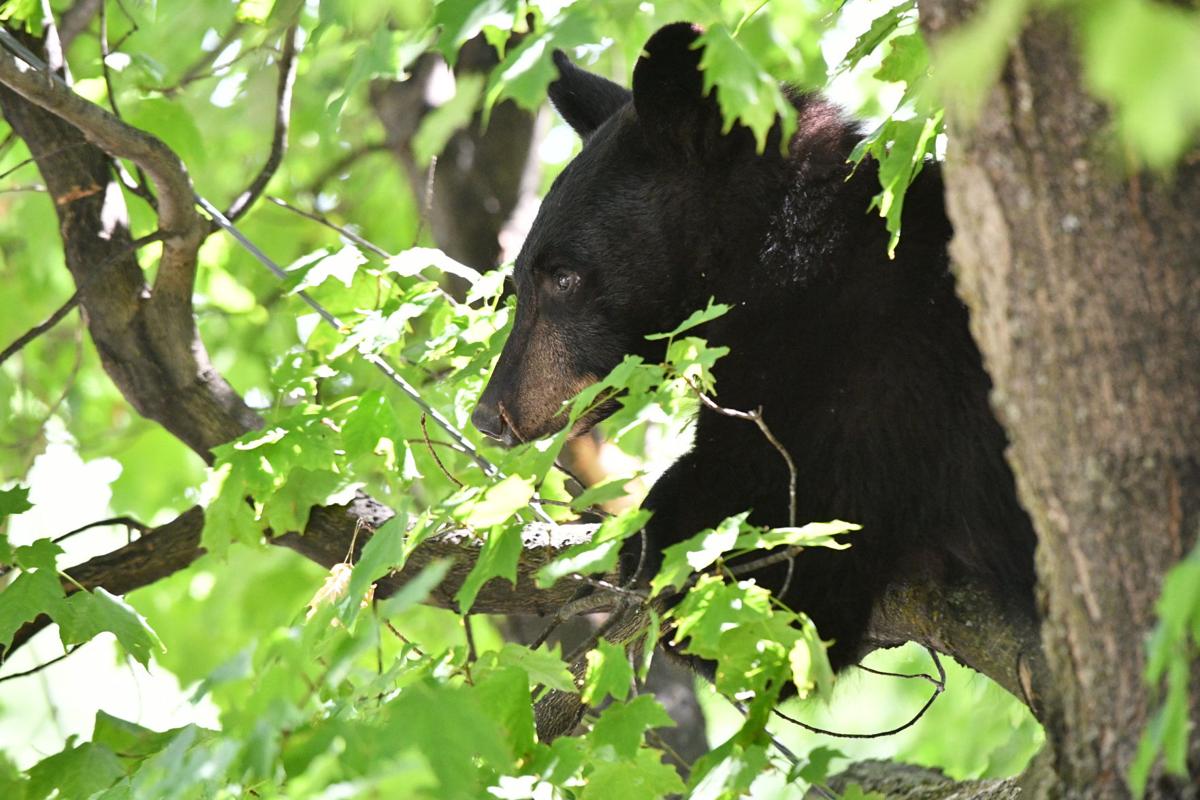 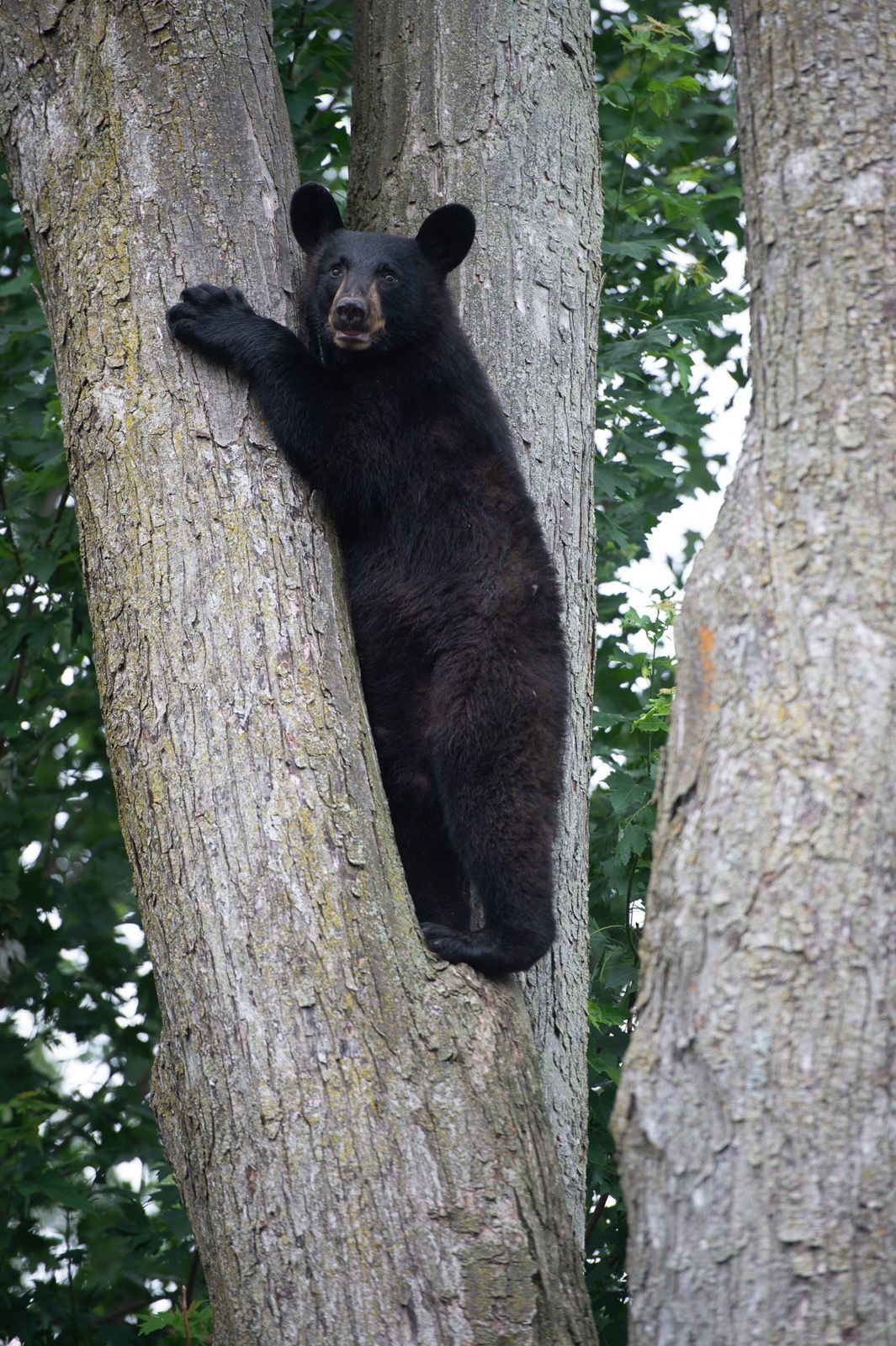 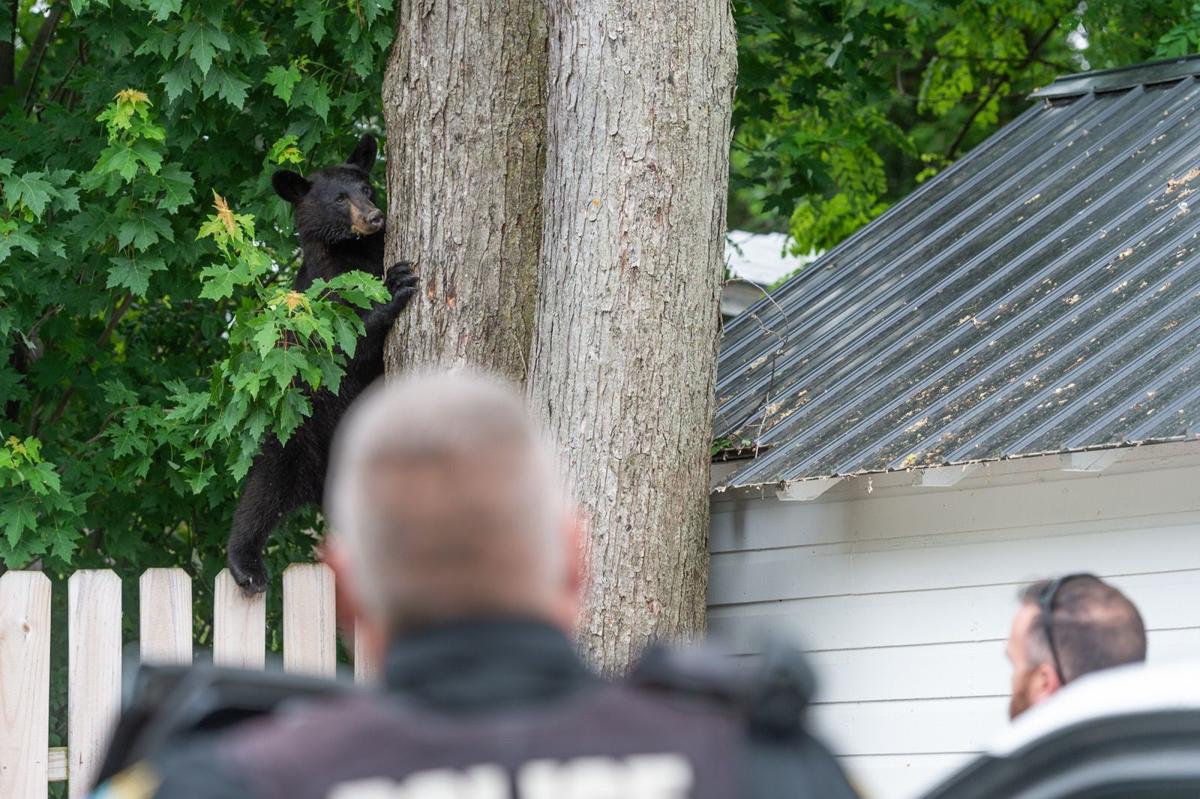 POTSDAM — After swimming among the grassy islands of the Raquette River along Ives Park, a small black bear walked ashore and spent a windy, sun-soaked afternoon in the village on Wednesday.

Hamilton and Lower Bay streets residents said they first noticed the bear had climbed a tree and was walking through yards early in the afternoon. At about 2:30 p.m., the bear had made his way down from a tree in the backyard of a Hamilton Street residence after spending about 30 minutes aloft.

Potsdam village police, state troopers and Environmental Conservation Officers were on scene and attempted to direct the bear back toward the river by corralling it shortly before 3 p.m.

After running toward the river for roughly 50 yards, the bear climbed a maple tree and got comfortable in a low branch about 10 feet off the ground, Potsdam Sgt. Charles Daniels said.

Sgt. Daniels said village residents first reported the male bear, which he estimated is about 100 pounds and likely one year old.

Potsdam Lt. Michael Ames said he can recall only one other bear sighting in the village over the last four years, a cub who was found in a dumpster near Potsdam Central schools and prompted a school lockdown until Department of Environmental Conservation ECOs could transport the bear out of the area.

Hamilton Street resident Cynde Morin said she spends time in Ives Park every day, riding her bike or kayaking on the Raquette River.

“He must be scared to death,” she said, adding that she’s seen plenty of beaver, muskrat and raccoons in the village, but never a bear. “We need a little positive excitement right now.”

By 5:30 p.m. the bear was still resting in the maple tree, as ECOs and village police planned to await his descent to attempt another corral to the river. ECOs prefer not to tranquilize if they don’t have to. DEC protocol is to refrain from directly intervening unless a bear is initiating a dangerous situation.

The Ives Park bear was peaceful all afternoon and made it back into the river on Wednesday night.