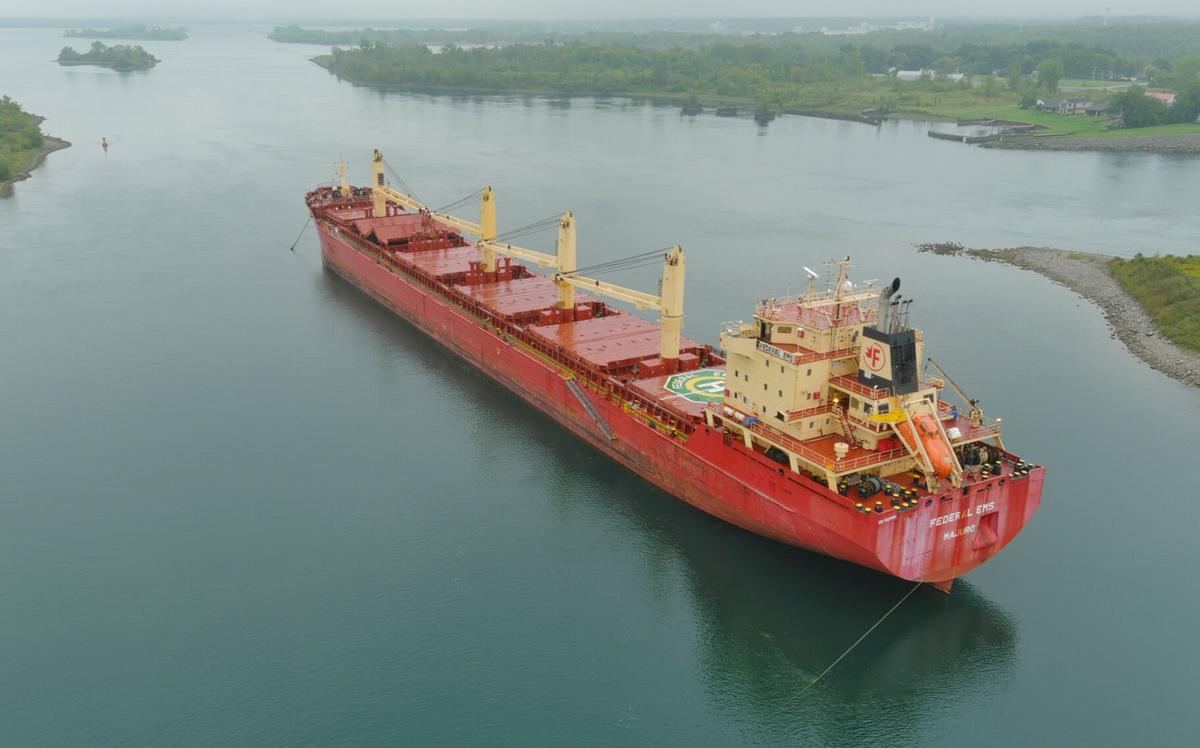 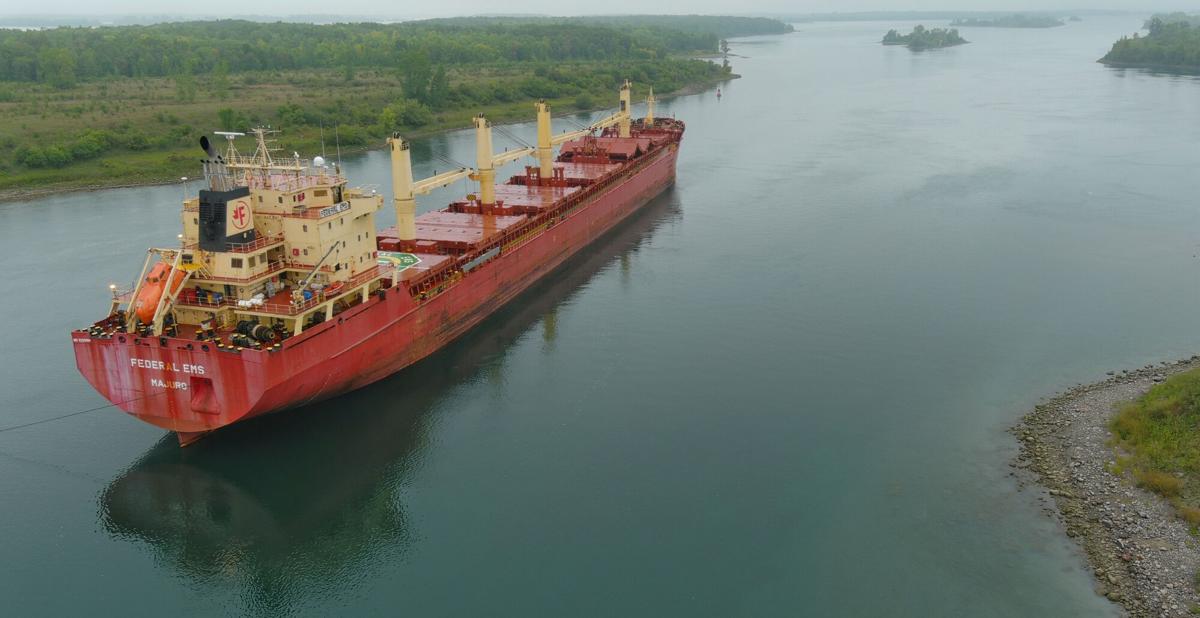 The Federal EMS is anchored upriver from the Eisenhower Lock in Massena off Long Sault Islands. Christopher Lenney/Watertown Daily Times 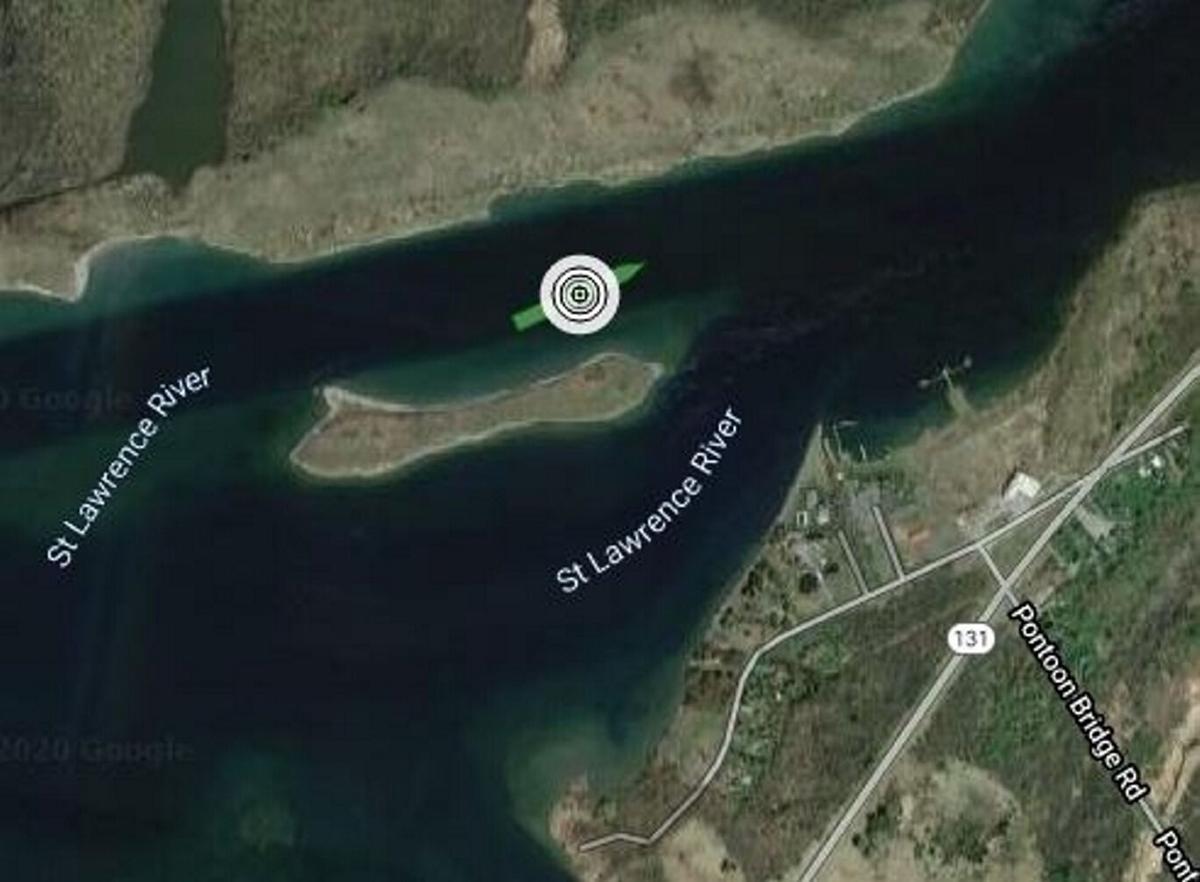 Marinetraffic.com shows where Federal EMS is anchored in the St. Lawrence Seaway. Screengrab

The Federal EMS is anchored upriver from the Eisenhower Lock in Massena off Long Sault Islands. Christopher Lenney/Watertown Daily Times

Marinetraffic.com shows where Federal EMS is anchored in the St. Lawrence Seaway. Screengrab

MASSENA — The vessel Federal EMS lost engine power on the St. Lawrence Seaway west of the Eisenhower Lock on Thursday morning, resulting in a tug being called upon to help move it. The ship and its escort will moor at a cell west of the lock, all according to veteran ship watcher Michael J. Folsom.

Federal EMS will stay at the mooring cell until an inspection is complete, Mr. Folsom said, but it’s unclear when exactly that inspection will take place.

Initial reports of the stopped ship were that it had run aground. The MarineTraffic app listed Federal EMS as stopped on Thursday afternoon prior to its tug escort arriving.

“Federal EMS is in fact aground west of Eisenhower Lock after losing engine power and drifting out of the narrow channel where it hit bottom,” Mr. Folsom tweeted Thursday morning.

St. Lawrence Seaway Development Corporation officials said the ship is not aground, but was anchored next to the channel approaching the Eisenhower Lock.

“Earlier this morning (Thursday), the vessel, Federal EMS, experienced a loss of main propulsion and is currently anchored next to the channel approaching Eisenhower Lock with navigation temporarily suspended,” officials said in an email statement.

There is no pollution, no injuries or no ingress of water, officials also confirmed.

Mr. Folsom said engine trouble occurred as the ship was making its approach to the Eisenhower Lock early Thursday morning. Other traffic on the Seaway west of the lock was stopped earlier in the morning because of thick fog.

Mr. Folsom reported late Thursday afternoon via Twitter that the tugboat Robinson Bay was being sent to assist moving Federal EMS to mooring, and a dive survey was expected to be completed.

“Tug crew members have been dropped at mooring cells just downriver from where the ship is located,” Mr. Folsom tweeted. “Once Federal EMS is secured at mooring and dive inspection is completed, then traffic will be permitted to resume. Still no timeframe yet.”

Federal EMS is a bulk carrier built in 2002 and flagged out of Marshall Islands, which are a chain of volcanic islands and coral atolls in the central Pacific Ocean, between Hawaii and the Philippines. The vessel was en route to Montreal at the time of its anchoring.