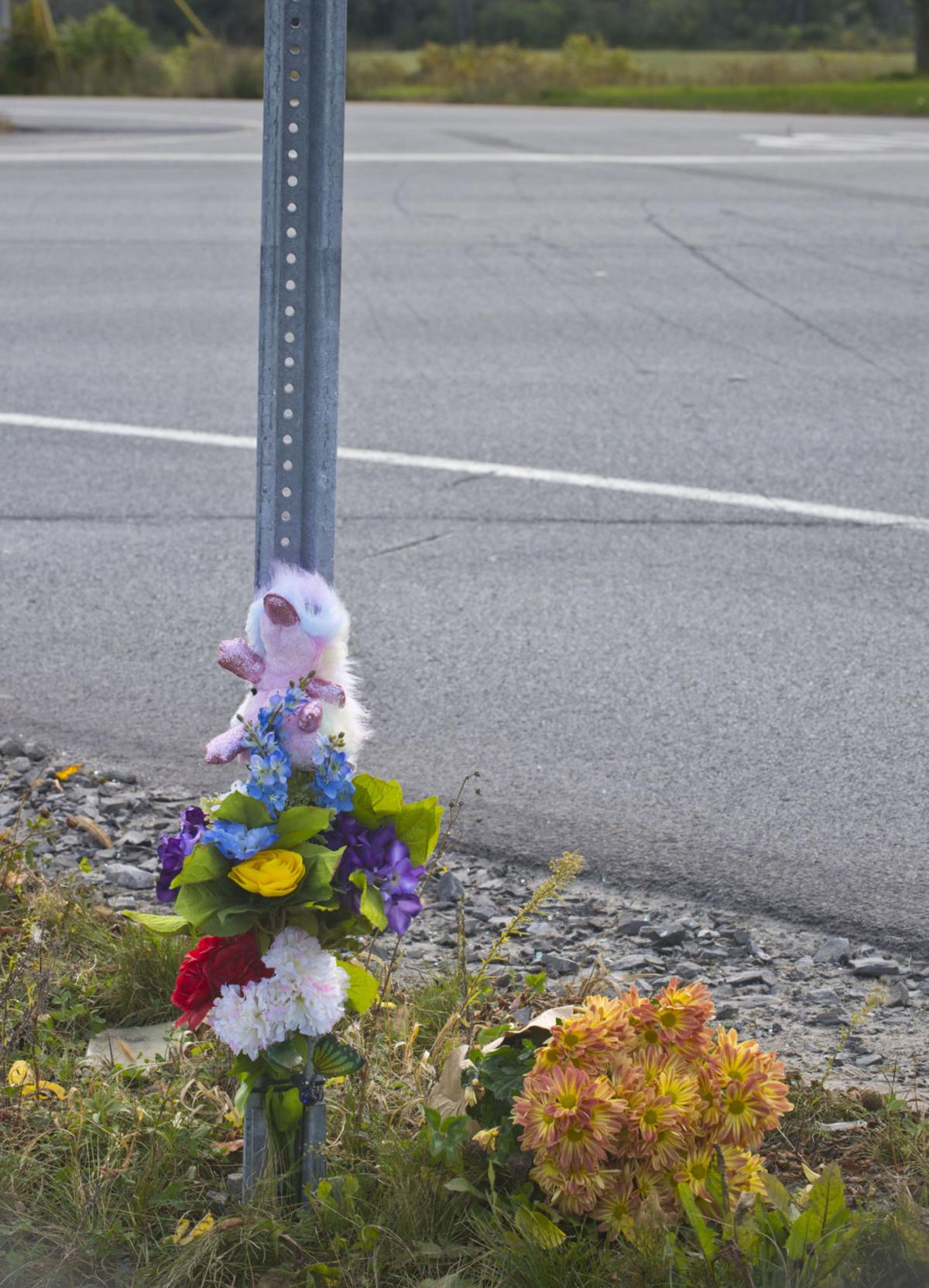 A makeshift memorial for Rachel Raleigh has been started at the base of a sign post at the intersection of County Route 35 and State Route 345. Christopher Lenney/Watertown Daily Times 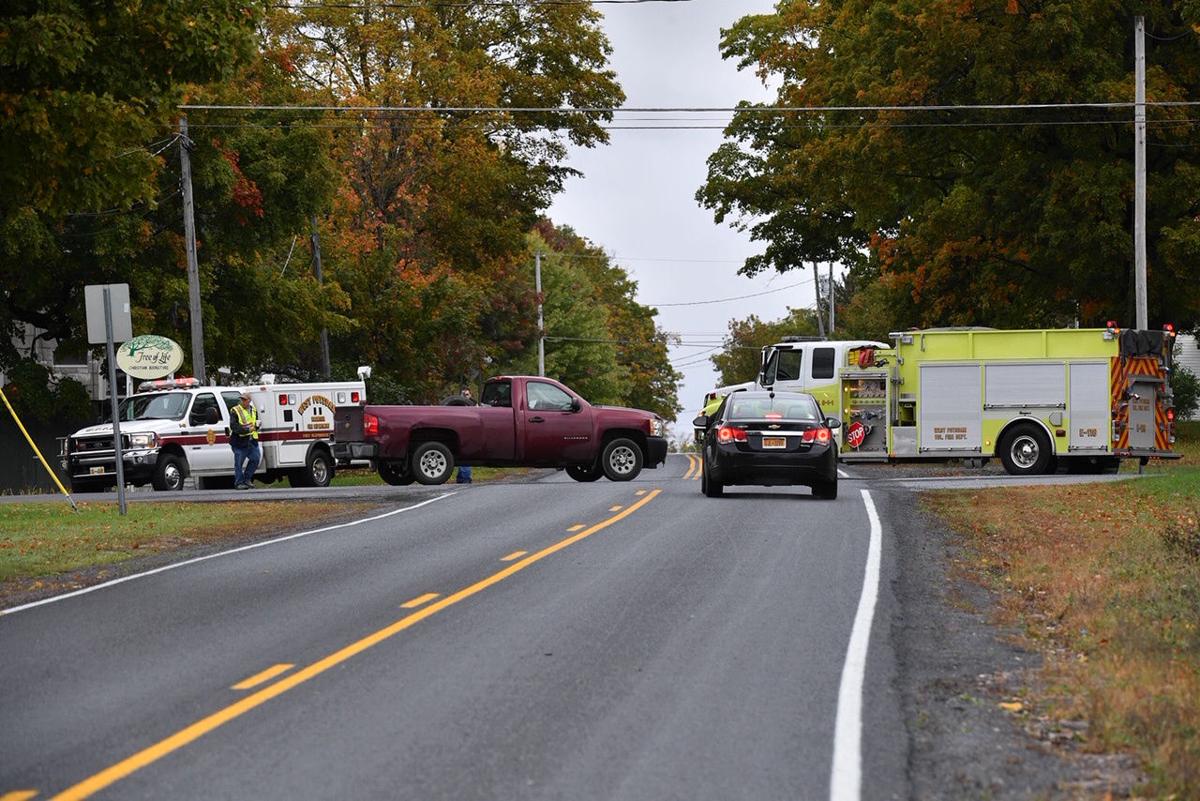 West Potsdam firefighters had to reroute traffic at the intersection of County Route 35 and State Route 345 in West Potsdam on Friday due to a fatal car crash. Christopher Lenney/Watertown Daily Times

A makeshift memorial for Rachel Raleigh has been started at the base of a sign post at the intersection of County Route 35 and State Route 345. Christopher Lenney/Watertown Daily Times

West Potsdam firefighters had to reroute traffic at the intersection of County Route 35 and State Route 345 in West Potsdam on Friday due to a fatal car crash. Christopher Lenney/Watertown Daily Times

POTSDAM — The 11-year-old girl who died in a car crash Friday morning on her way to school suffered multiple skull fractures due to blunt force trauma, according to an autopsy report received by the St. Lawrence County Sheriff’s Office.

Rachel A. Raleigh, a sixth-grader at Potsdam Central School District, was a front-seat passenger in a vehicle driven by her cousin, Benjamin R. Cochrane, 19, of 57 McGinnis Road, Waddington.

The passenger-side of their vehicle was struck at about 6:57 a.m. at the corner of routes 345 and 35 by a vehicle driven by Brendan Palmer, 24, of Maple Street, police said.

Sheriff Detective Sgt. Thomas Caringi, the investigation officer, said it’s his understanding that Miss Raleigh had moved to Waddington and had planned to transfer from the Potsdam school district to the Madrid-Waddington Central School District.

According the autopsy report, Miss Raleigh died from a cerebral avulsion, caused by multiple skull fractures due to blunt force trauma. She was pronounced dead at the scene by County Coroner June Wood.

“It boils down to inattention,” he said. “This accident shouldn’t have happened.”

He said cell phones were taken from the drivers, but it doesn’t appear that cell phone use played a role in causing the collision.

“We have the cell phones as evidence, but nothing appears as though they were involved,” Mr. Caringi said.

Mr. Palmer was treated at Canton-Potsdam Hospital, Potsdam, for minor injuries and released. Mr. Cochrane was hospitalized overnight at C-PH where he was treated for fractures and a head injury.

This is the third Potsdam Central School student who has died since August.

Potsdam School Superintendent Joann Chambers said an elementary student died of an illness in August and a middle school student was killed in an accident, also in August.

Counselors from Hospice and Palliative Care of St. Lawrence Valley, as well as Potsdam’s school counselors, have been available to meet with students who want to talk about the losses.

The school’s faculty and staff also have been trained on how to assist with grief situations, she said.

“We have a pretty good protocol in place. Students can go to the library to meet with counselors. Teachers know what to look out for,” Ms. Chambers said.