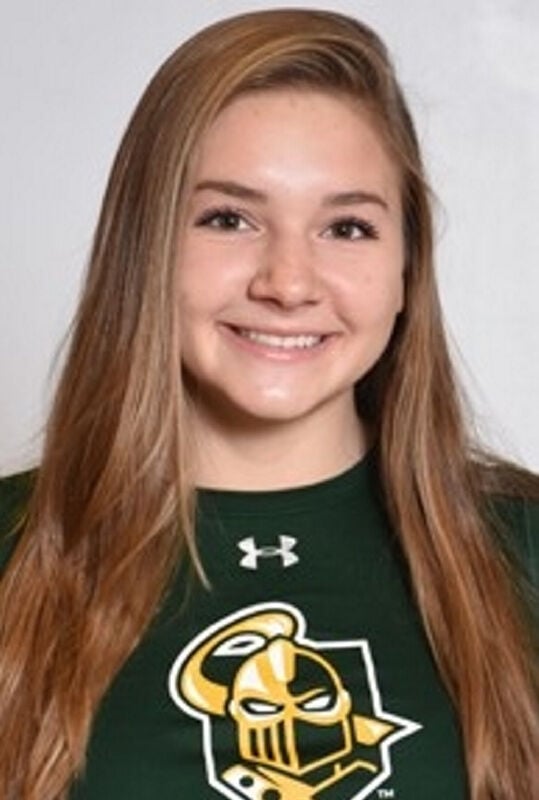 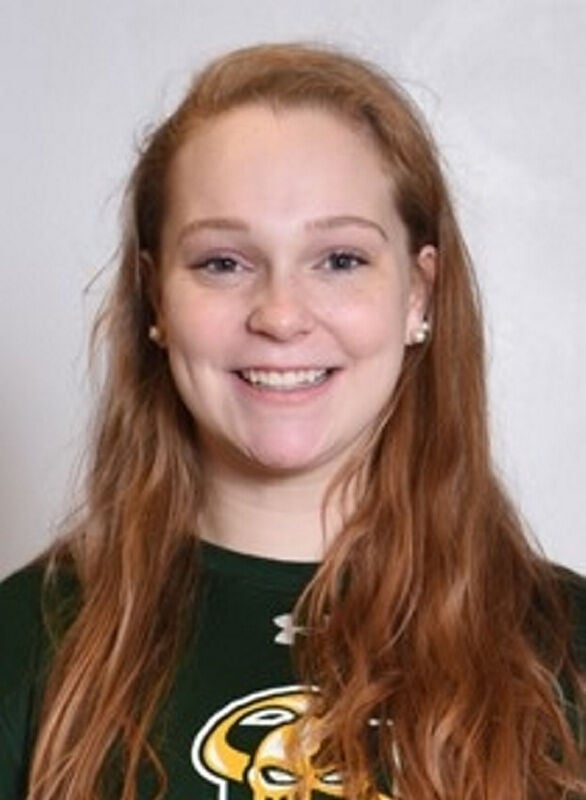 CHAZY LAKE — Out of 25 aquatic vegetative plants in Chazy Lake, only one of them is invasive. The plant is called Eurasian watermilfoil, or Myriophyllum Spicatum, and it ranks fourth in prevalence in this body of water. Two young women, aged 18 and 19, have made it their mission this summer to start eradicating this intrusive plant and help to restore the natural ecosystem of the lake.

Lauren Olesky, 18, of Buffalo and Aysa Dunne, 19, of Connecticut, study engineering and are on the swim team together at Clarkson University. This summer, they have been under the instruction of Clarkson alumnus and Chazy Lake Watershed Initiative initial director Mark Denicore, who is on the forefront of implementing an owner-operated Diver Assisted Suction Harvesting (DASH) unit to successfully limit the propagation of Eurasian watermilfoil.

“My parents have had a place on the lake for 10 years. My Dad gets the emails with the weekly updates and told me about a job opportunity,” Olesky said. “I applied thinking what the heck, I probably won’t get it. But I got it, and here I am.”

Olesky then told her college friend Dunne about the job, who had similar ambitions and qualifications. She applied and interviewed as well.

“My goal is to be an environmental engineer, which doesn’t involve as much environmental work as you’d think,” Dunne said. “Either you’re working building septic systems or you can work for big companies to help them pollute. Neither of those sounded interesting to me. But with this job, I’m in the field and I’m physically helping the environment.”

Summer 2020 is the first ever time that the pontoon, named “The Eradicator”, has operated on the Chazy Lake. In the past, watermilfoil was harvested by the professional invasive aquatic plant control company Aqualogic, who worked on Chazy Lake for three weeks in 2018 and 2019. The $15,000 grant Denicore received through the Lake Champlain Basin Program could only cover about three weeks of professional harvesting. However, the owner-operated DASH unit run by Olesky and Dunne is cost effective and harvests watermilfoil eight hours a day Monday through Friday and will continue to do so for 12 weeks.

“The goal is to show that this can work and that we can actually pull this off,” Denicore said.

When Olesky and Dunne first started, they were harvesting around 5 gallons of watermilfoil in a day. Now they pull in about 275 gallons in a shift. The girls dive down to depths of up to 19 feet — which, in Chazy Lake, is the littoral zone, or the max depth that the sun’s rays can reach to support vegetation growth — with a hose. They are weighted to the bottom of the lake and use full scuba gear and a Hookah breathing apparatus. Olesky describes sometimes looking up at her surroundings to see an ethereal flowing green forest of pillowy watermilfoil. But it has to go.

“We had a whole list of qualifications and the most important one was that you can act independently. Because these guys are virtually unsupervised out here, I needed people that were self-starters,” Denicore said.

Olesky and Dunne are so far enjoying and finding purpose in this job.

“It’s a feel-good job for sure,” Olesky said. “We’re helping out the lake, taking care of it and cleaning it up. I grew up on a lake where it was overrun with this stuff. It was terrible because they had to treat it with chemicals and you couldn’t swim. It ruined the aquatic life.”

“Hopefully this will help me to find a job I want to do in the future. Being able to be here on a lake in the Adirondacks — it’s great,” Dunne said.

Denicore has nothing but good things to say about the girls as well.

“They’ve been great. They’re very hard-working,” Denicore said. “They’re dealing with a learning curve and being in the first year of operation, various things don’t work quite right.”

Although DASH is a more effective in decreasing the amount of watermilfoil in the “bathtub ring of vegetation around the lake” and great progress has been made, there is still a lot of work to be done.

“We want to know, is this a 10 year project? A 20 year project? A Lifetime? We’re trying to figure out how big of a problem we have, and we don’t really have a handle on that right now,” Denicore said.

A survey conducted by volunteers from the community will be published in the fall, and will be very telling as far as if the watermilfoil levels have gone down. The water level of Chazy Lake is also brought down every two years by the adjacent dam in an effort to eradicate the shallow watermilfoil. The DEC and Denicore have disputed over the levels the lake should be reduced to, but have come to a compromise.

“After every drawdown, we have someone come out and survey and make sure that we’re not doing more harm than good,” Denicore said. “They always conclude that what we’re doing is good for the lake and it’s getting rid of the shallow watermilfoil.”

The drawdown method is accompanied by DASH to help stop the spread of watermilfoil. However, other preventative measures are taken. Watermilfoil was introduced to the lake in the first place by recreational boats. A boat steward who pressure washes the bottoms of boats and checks for invasive species has been implemented. When boats or jet skis drive fast through the water, they chop up the watermilfoil thus allowing it to spread more easily. Buoys have been placed in high volume areas to warn boaters to slow down or avoid the area all together.

“We’re trying to take care of this problem, we just need to get the word out to the locals and new people who aren’t aware of it,” Olesky said.

Denicore’s young son Tucker, who knows the ins and outs of Chazy Lake and the problems that ail it, had an interesting take on the girls’ contributions to the environment.

“This isn’t this generation’s problem, they’re not the ones who created it. But they’re the ones fixing it,” he said.