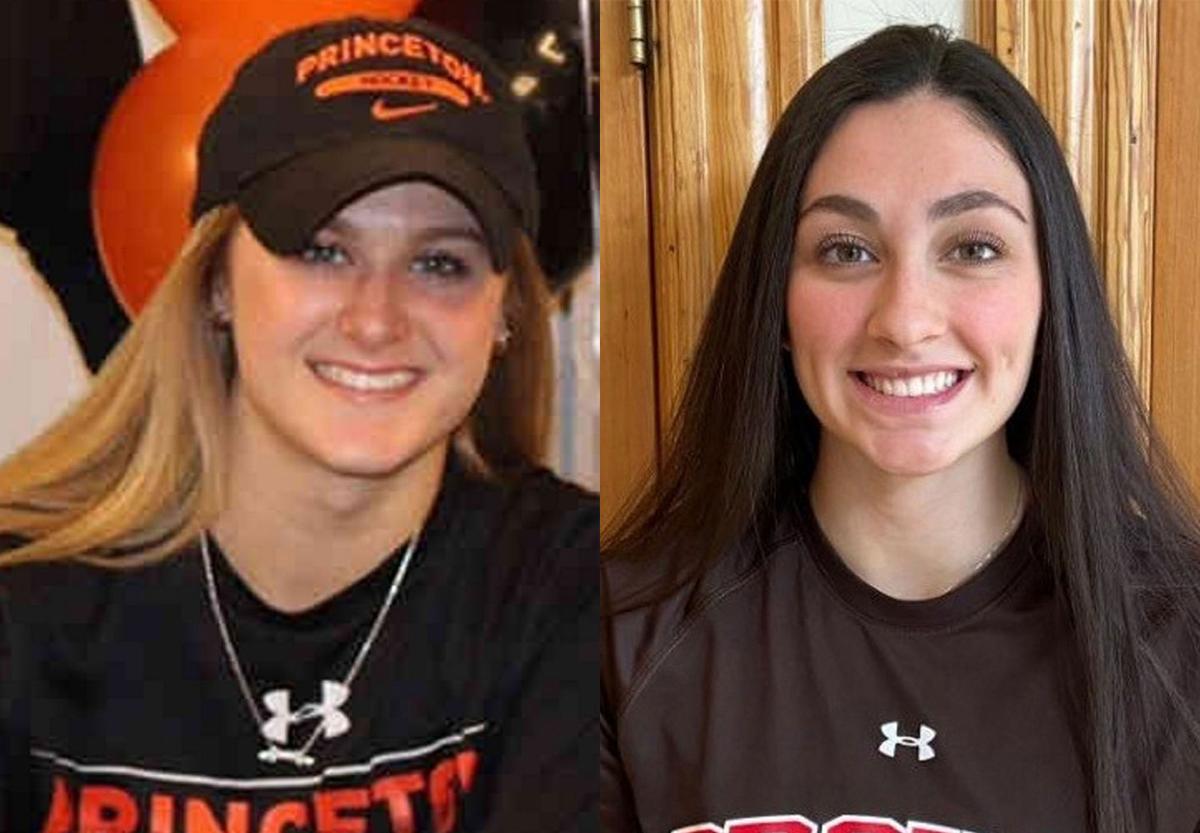 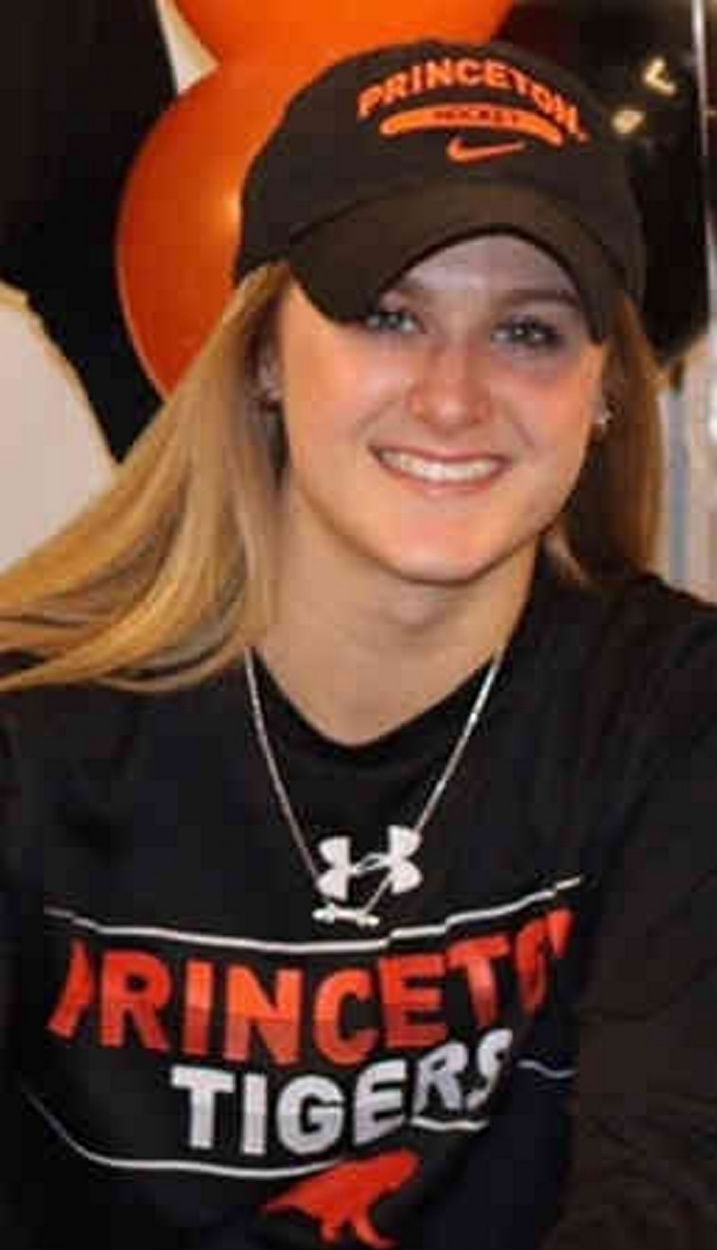 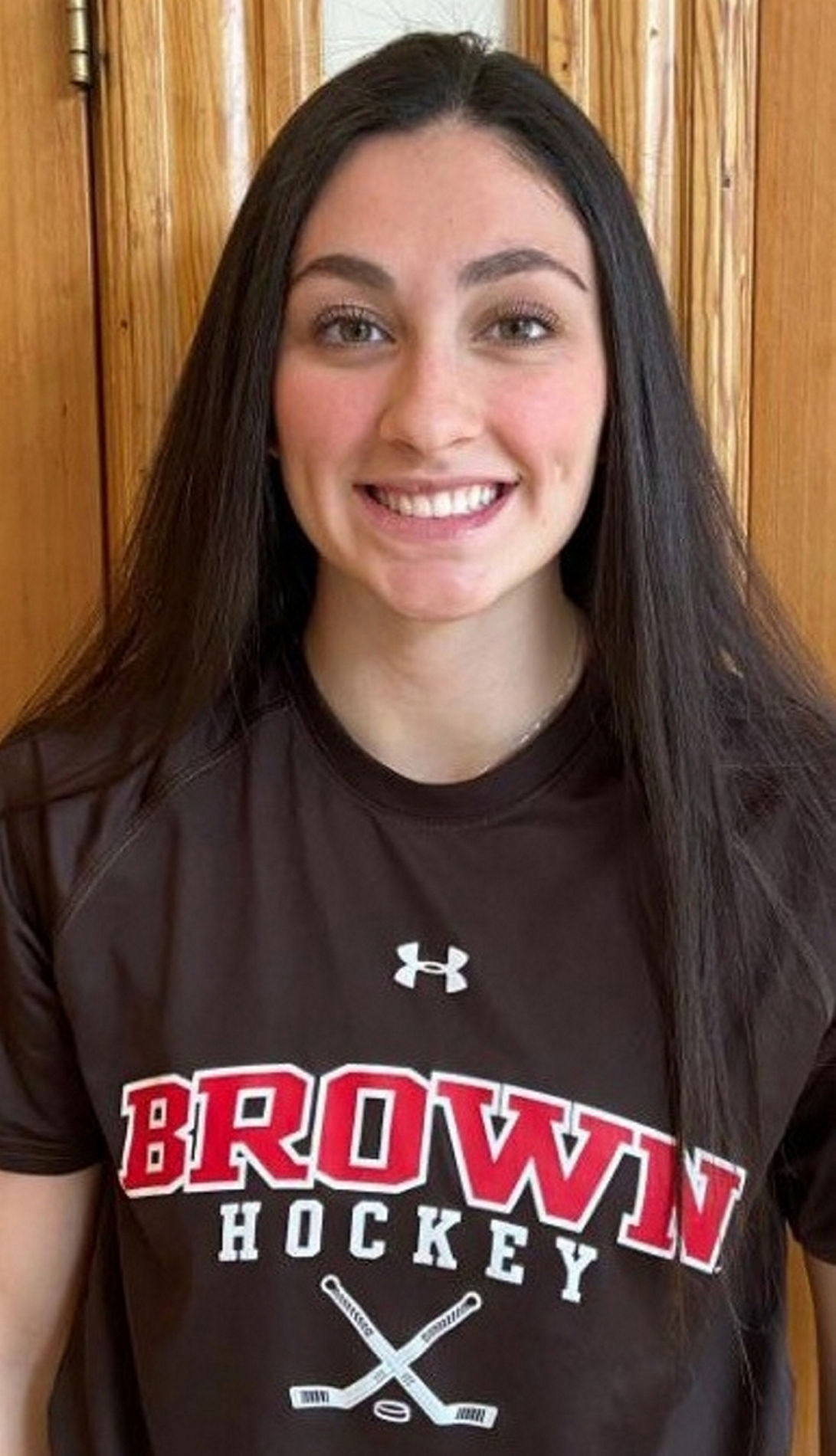 Ogdensburg’s Rose Jeneaut had planned to be in her freshman year with the Brown University women’s hockey team this fall. Provided photo

Ogdensburg’s Rose Jeneaut had planned to be in her freshman year with the Brown University women’s hockey team this fall. Provided photo

Much like its decision to cancel its conference basketball tournament back in March, on Wednesday the Ivy League became the first conference in college sports to cancel its fall season due to COVID-19.

Rose Jeneault, the Ogdensburg native who was set to begin her freshman year at Brown as a member of its women’s hockey team, was made aware of the news via a webinar with other Ivy League student athletes.

Mia Coene is in a similar situation. The Clayton native, who has recently played with the U.S. Selects Hockey Academy in Rochester, was supposed to be playing for the Princeton women’s hockey team this coming season — Princeton made it to the national quarterfinals in 2019.

For any incoming college freshman, the summer leading up to your first semester can be filled with anxiety. Jeneault and Coene are no exception.

“Yeah, I’m super anxious about that,” Jeneault said. “I think it’s just not knowing, you don’t really know what to prepare yourself for. And with the rinks and stuff being closed, we’re not really training properly. This summer is when you’re supposed to grind and prepare yourself for the upcoming season and it’s just kind of weird not being able to skate.”

As of now, Ivy League teams are planning to restart sports in January. However, that doesn’t mean every athlete will return. Coene said she and her teammates are considering a gap year. She’ll go along with whatever the group decides is best, but the uncertainty surrounding what should have been her first season of college hockey just adds to the anxiety.

“(Deferring) is definitely something a lot of us are considering,” Coene said. “Obviously, taking a gap year and ideally having one more year of eligibility would be great, we would start back up again next year. It’s a hard decision to make, not knowing whether January is going to actually happen or whether it’s not. But it’s also a decision that needs to be made pretty soon.”

Coene said that incoming freshman student-athletes have until Wednesday to decide whether to defer going to Princeton for this upcoming school year.

In the meantime, Coene will continue to do the workouts provided by her team’s trainer, and just recently, she was able to get back on the ice for the first time in months. She hopes that she can continue to skate multiple times a week going forward.

However, for Jeneault, it’s already been nearly four months since she last skated, the longest she’s gone in the past 10 years. She’s had to get creative to keep up with her workouts that her coach has given to the team.

“At the beginning of quarantine I didn’t have any dumbbells or anything so I was using milk jugs or whatever I can find to just lift weight,” Jeneault said. “And measuring out sprints and stuff, because we can’t get on the track obviously. And then, other than that, I have a really small surface to stick handle and shoot on, so that’s been kind of difficult, to come up with things to do.”

Much like everything surrounding COVID-19 and its impact on the future, neither Coene nor Jeneault know how the cancellation of games in October, November and December will impact their season as a whole.

“We actually asked (Brown head coach Carisa Zeban Wahlig) about that and she really didn’t have a ton of information,” Jeneault said. “As of right now, the championship is still on the same date so we don’t really know how it will work when some teams will have months of playing and we will just be arriving to campus, still getting to know each other and building chemistry and stuff like that. And only having a little bit of preseason.”

Both Princeton and Brown are members of the Eastern College Athletic Conference, which consists of 12 women’s hockey teams, six of which are Ivy League schools.

In a statement released by the ECAC on Friday, it said, “ECAC Hockey today announced the continued development of schedule models for its men’s and women’s leagues for the 2020-21 campaign. All models feature a balanced scheduling approach that includes league contests and opportunities for member institutions to play nonleague opponents. Such models are being compiled as options given the ever-changing conditions created by the COVID-19 pandemic.”

Coene’s twin sister, Maddy, is supposed to be playing college hockey at Providence this coming school year. Providence is a member of the Hockey East for men’s and women’s hockey and the Big East for all other sports. Neither conference has announced plans to cancel its fall season, or eliminate nonconference games like the Big 10 recently decided to do.

Nevertheless, Mia Coene said Maddy is waiting for similar news to come down.

“For Maddy, she talked to her coaches and it’s the same answer, they don’t have a concrete answer for if their season will be canceled or not,” Coene said. “For her and for me it’s weird that Maddy is going to possibly graduate college before I do now since I might have to take a year off. And she’s not sure if she’ll have to take a year off. I think that she wants whatever happens to her to be the same that happens to me and I think at this point she’s probably expecting for her season to be canceled as well. I’m dealing with it so in a way she’s also dealing with it a little bit earlier.”