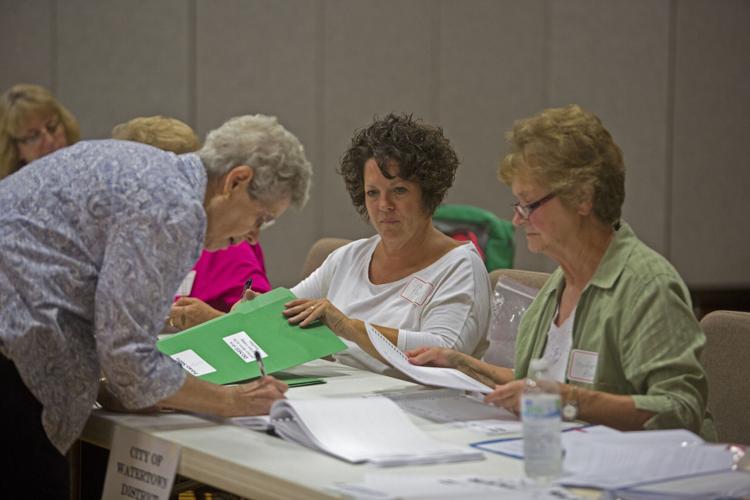 Poll workers help a voter with her ballot at the Life Church of the Nazarene polling site in Watertown on Sept. 10, 2015. Watertown Daily Times 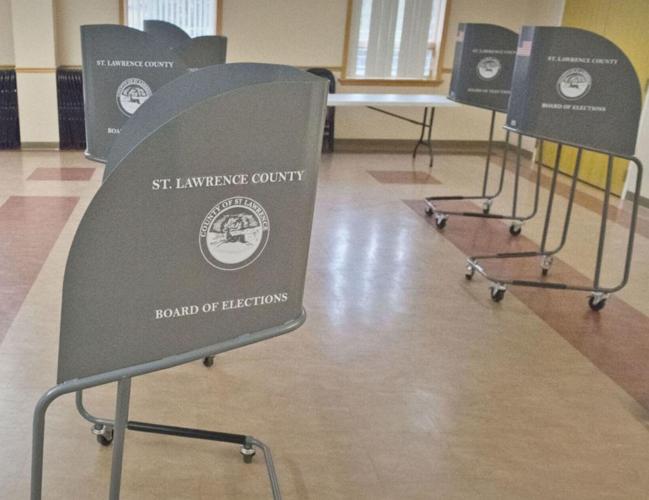 Poll workers help a voter with her ballot at the Life Church of the Nazarene polling site in Watertown on Sept. 10, 2015. Watertown Daily Times

Local election boards need poll workers, and the commissioners in charge of them are asking residents to consider taking on the job.

Nationally, poll workers are typically hard to come by, and locally it’s no different. In Jefferson, St. Lawrence and Lewis counties, board of elections commissioners universally said they were worried about securing the required number of what New York calls “elections inspectors” for the upcoming primary elections in August, and again in November. In Lewis County, where the BOE also administers village and school board elections throughout the year, the issue is even more distinct.

“We are having difficulties getting enough people to work for us, to be honest,” said Anne M. Nortz, Republican election commissioner for Lewis County. “And we’re having more elections now.”

Elections inspectors are the eyes and hands of the BOEs at each polling site during an election. They set up the site, check voters in, provide the ballots, help voters through the process, secure and transport the ballots back to the BOE central office at the end of the day.

Election season in New York has changed dramatically over the last decade. The primary elections were moved to June, extending the political season; early voting was introduced, requiring BOEs to generate enough staff to keep one or two poll sites open for over a week before election day; and electronic poll books were introduced, completely changing the process for poll workers.

Those changes, coupled with the 2020 election that saw many poll workers drop out over fears of COVID-19 spread, have made it even more difficult to maintain the right staffing levels, as required by law, in polling sites before and on election day.

Local election commissioners are working hard to close the gap and bring in new election inspectors. In Jefferson County, officials mailed out a letter to older residents and registered voters, offering payment for training sessions, and advertising the pay rates for elections inspectors.

With early voting and multiple elections per year, elections inspectors can make thousands of dollars. In Jefferson County, an elections inspector working the full day of the Aug. 23 primary or Nov. 8 general election will make $225. Those who only want to work part of the day can taken an 8-hour shift instead of the full day, paid at $13.20 an hour, and hourly pay is available for early voting as well. Those who attend the training sessions will receive $30 per session.

In St. Lawrence and Lewis counties, an elections inspector working the full day of the primary or general will make $250. Neither county is offering split shifts. Training sessions in each county are compensated at $35 per session.

Across the three counties, officials said the biggest need is in rural areas on the outskirts of each county. The cities and large villages in the three counties are relatively well-staffed, but it’s hard to find interested residents or people willing to travel for the more far-flung voting precincts.

Michelle R. LaFave, Jefferson County’s Democratic elections commissioner, said her office is willing to compensate travelers for their mileage if they agree to work in the outskirts of the county, like Alexandria Bay or Adams.

Because New York’s BOEs are built on a partisan basis, run by equal numbers of Republican and Democratic officials, the elections inspectors hired to work on election day must similarly be split equally among the two largest parties. Typically, inspectors serve under the party they are registered to vote with, but that is not a hard-and-fast rule. St. Lawrence County Democratic Elections Commissioner Jennie H. Bacon said unaffiliated or third-party voters who want to become elections inspectors have that option, and can be nominated to work for the board by a local Republican or Democratic party chair as a part of their on-boarding process. In New York, 17-year-olds who are preregistered to vote can also work as elections inspectors.