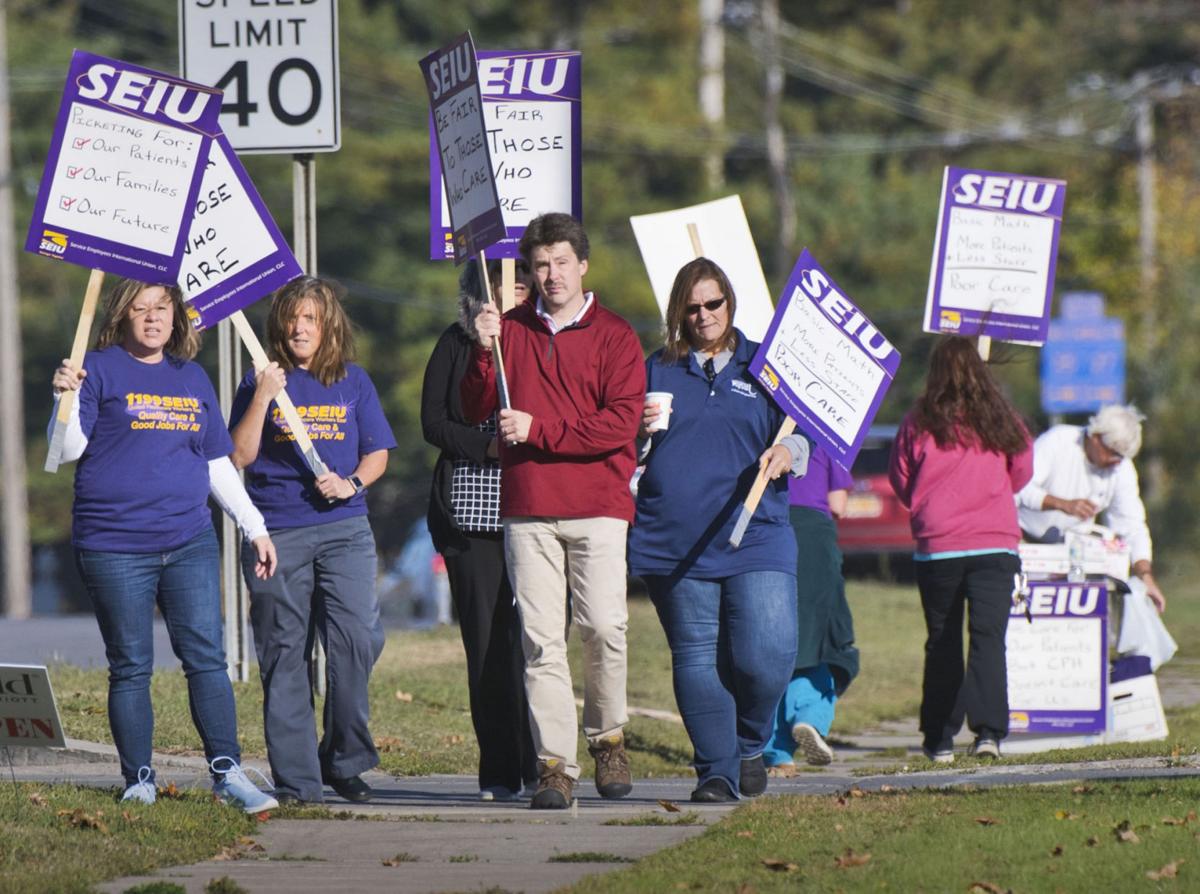 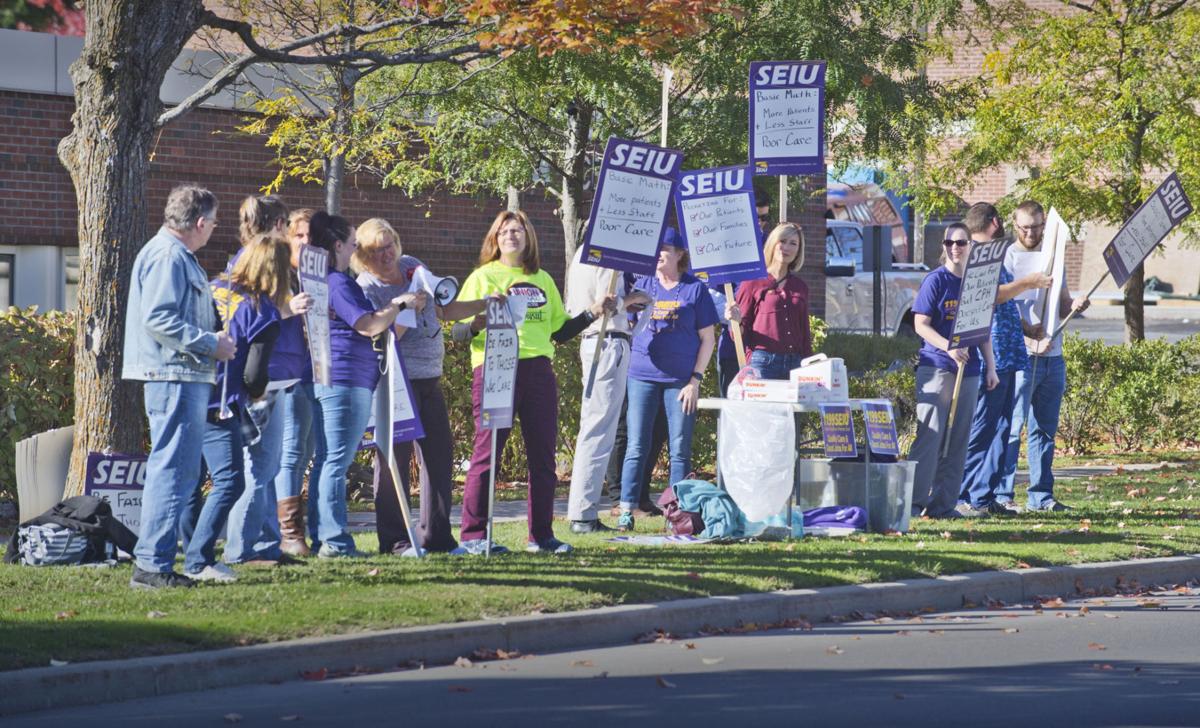 POTSDAM — Nurses and hospital technicians stood outside Canton-Potsdam Hospital on Leroy Street Friday afternoon with a message for the hospital administration and CPH President and CEO David B. Acker.

The protest and informational picketing that was held there and at the EJ Noble Building Medical Laboratory at 80 Main St., Canton, was over what 1199SEIU United Healthcare Workers East members said was the hospital management’s refusal to bargain over unaffordable health care insurance costs for employees, specifically for the family health care plan.

Mary L. Wilsie, administrative organizer and union representative for the employees at the hospital, said that the union has been to the negotiating table with administrators multiple times but to no avail, leading to the protest.

Another meeting of union representatives and administration is scheduled for November, but that the workers had to push this hard with no results makes them feel as though they are not valued, Ms. Wilsie said.

Kathy M. Tucker, the vice president and area director of north country hospitals and nursing homes representing the union workers, said the biggest problem was that St. Lawrence Health Systems is a health care facility and should have a decent health care plan.

“They have one plan where they pay for individuals in full. They have two other plans where they don’t,” Ms. Tucker said. “We’re not even asking them to pay fully for the family coverage, but people are working for insurance a lot of times, so we are asking for them to pay a larger portion of the family health coverage. They only pay 43 percent on the plan that they do pay for individual and they pay less than that on the other ones.”

She said the St. Lawrence Health Systems is the only health care provider in the north country that pays less than 80 percent for family health coverage.

When asked why, she pointed to protesters, as they chanted, “David Acker, rich and rude, we don’t like your attitude.”

“That’s why,” Ms. Tucker said. “It’s because Dave Acker wants to be the north country emperor, you know, and he’s gobbling up all these places and he doesn’t take care of his own.”

St. Lawrence Health Systems currently runs Gouverneur and Canton-Potsdam hospitals and is actively trying to take over Massena Memorial Hospital, with part of that plan being an $8 million payment to Massena Memorial.

St. Lawrence County Legislator Nance T. Arquiett, D-Winthrop, stood alongside the protesters and said it was unreasonable that it has taken them this long for them to get a contract and to not have the health care insurance that they deserve.

“I think when you have to fight hard for something like fair wages or for an insurance contract, I think you do feel undervalued and they do amazing work, they take care of our community very well,” Ms. Arquiett said. “I hope that Mr. Acker and the administration at St. Lawrence Health Systems do the right thing and takes care of all the employees with the same integrity and the same passion that they take care of the members of the community.”

Kayla M. Jenkinson, a sterile processing technician in the hospital’s operating room, was leading protest cries and gave up the bullhorn. She said the fight for a fair contract is not a new one, but hoped that the protest and upcoming negotiations would see results.

“For me, personally, it is definitely about affordable health insurance, trying to make a family and it’s just not cutting it. I can’t afford that kind of thing,” she said. “I’ve been working here for the past seven years and I know health insurance has constantly been a battle for us. It’s something I’ve been doing this for every single time now. It’s really discouraging, it really is.”

Ms. Jenkinson, like many of her protesting compatriots, said that the top priority to her is patient care and despite everything, that will not change, that includes continuing to work long hours and coming in on days off due to staff shortages.

“We are here for patient care. Our patients are our number one priority for us when we are here,” she said. “We are out here, as well, trying to fight for our families, trying to afford to keep them healthy. That is the ironic part. I’m working in health care, yet I am fighting to have affordable health insurance.”