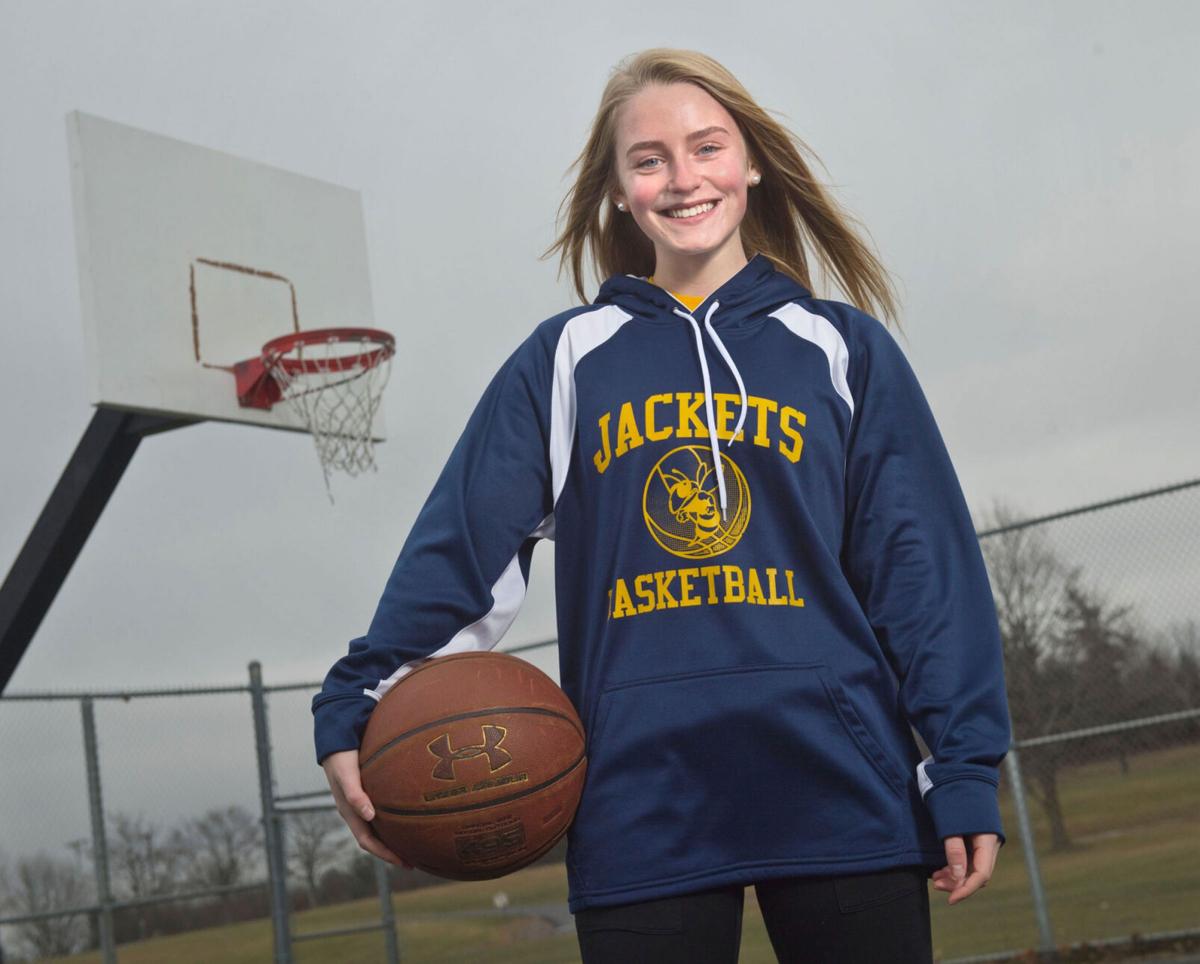 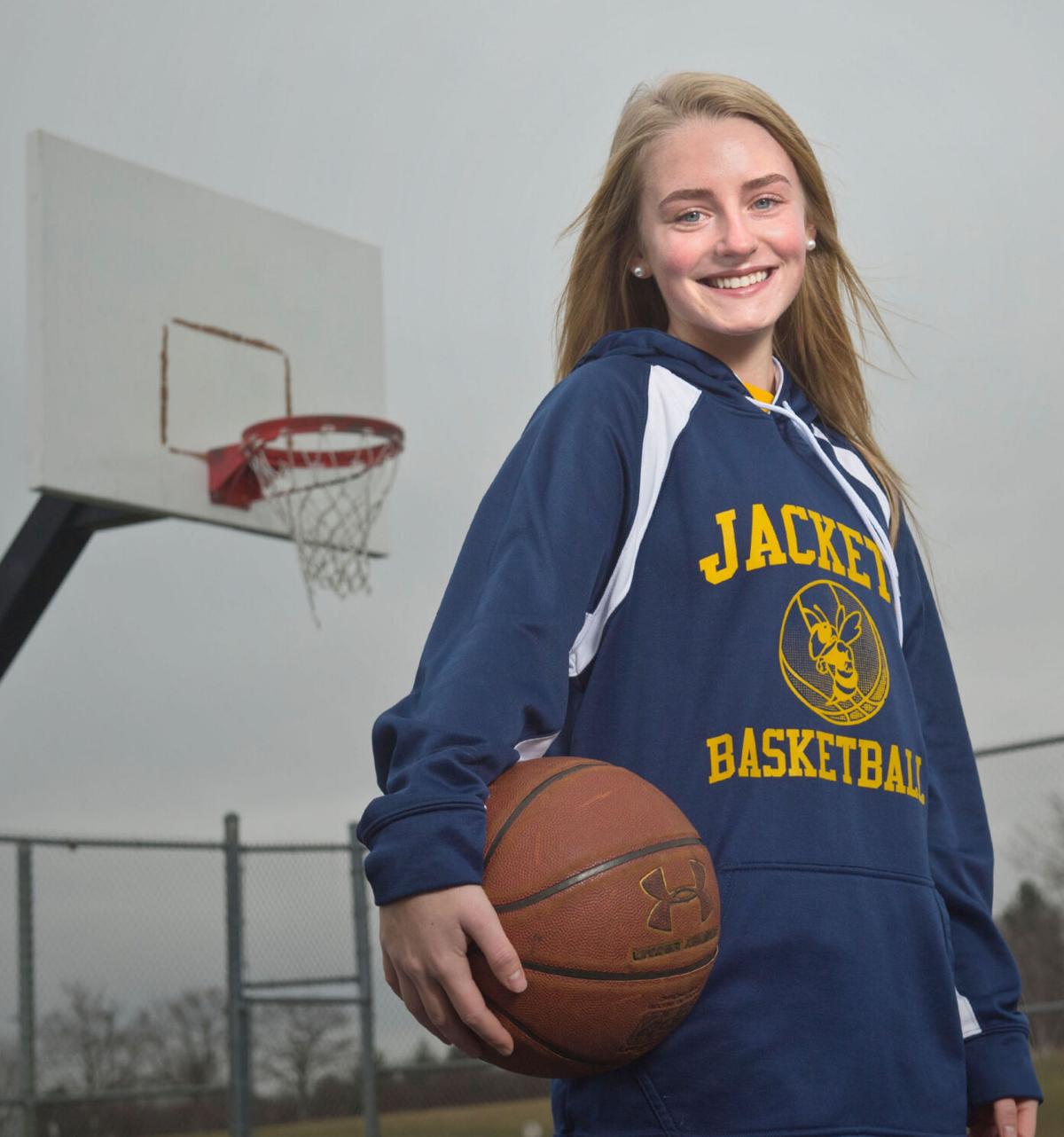 Madrid-Waddington’s Emma Plumley played just half a season as a junior last year but still made the all-star squad. Christopher Lenney/Watertown Daily Times

Madrid-Waddington’s Emma Plumley played just half a season as a junior last year but still made the all-star squad. Christopher Lenney/Watertown Daily Times

WADDINGTON — Madrid-Waddington senior Emma Plumley may not get to play any high school sports in the 2020-21 school year, but she has chosen her future over present satisfaction.

Plumley, who is headed to the St. Lawrence University women’s basketball team next year, suffered a torn anterior cruciate ligament when she was a sophomore and missed half of her junior year in girls basketball.

She’s healthy now, but she chose not to play soccer in the fall because of the risks that sport can present to knees.

“My doctor said if I want to play (basketball) in college it’s probably not a smart idea to play soccer,” Plumley said. “Soccer is one of those sports where (an ACL injury) is very common. I have not had any issues with it so far. I don’t think I have to wear my brace anymore, but for safety and protection I may wear it for another year or two. I have in the back of my head that I have to be careful. If you tear your ACL you are more likely to tear the other one.”

Plumley’s high school basketball career took a big hit on Friday when the NYSPHSAA canceled the winter state championships. The regular season has not been canceled yet, but with COVID-19 cases increasing in the area there is not much optimism for a regular season.

“I hope that we have my senior year to play,” Plumley said. “I played only half the season last year. I’m lucky because I have already been recruited. I don’t need my senior year to get film and stuff for colleges. That stinks for other seniors.”

Despite just half a season last year, Plumley was good enough to be selected to the first team for the All-Northern Athletic Conference East Division squad.

Plumley averaged 15 points, five assists and six rebounds last year for a Yellowjackets team that went 14-0 in the East Division.

“I think its shows you the respect that the other coaches in the division have for Emma,” said Madrid-Waddington coach Bryan Harmer. “She’s a known player. She’s been up on varsity since part way through her eighth-grade year. For her to be able to come in and earn first team in half a season shows the respect coaches have for her. It reaffirms the ability and level she is capable of playing at.”

Plumley’s older brother, Nate, went to SLU. When her mother asked if Emma was interested in attending the school’s summer basketball camp, she was eager to go.

At the time she thought she was just going to a camp to learn more and work on her game, but she wound up getting to know Saints coach Dan Roiger well and impressed him enough for him to offer her a spot on his team.

“She’s a very good athlete and she’s highly skilled,” Roiger said. “The best thing with north country kids, because of our lack of big schools, they often come in with little experience and have to have a great work ethic and great desire. She has a lot to learn yet, but the kids that work hard and have a desire to get better are great listeners. Those are the ones that can do that. She’s attended my camp every year since the eighth grade and I saw that in her. She’s very focused, disciplined and intense.

“It helps a lot (going to camps). You get to know their personality a little bit. They get to showcase their skills in front of you. It definitely puts them on your radar and it allows you to see their improvement year to year. You know what their pathway is. If you see a lot of improvement each year, you know they’ll probably continue to do that.”

Attending the camp also gave Plumley the chance to see how familiar SLU would be for her.

“I went to see some of (SLU’s) games, too,” Plumley said. “I saw the way (Roiger) was coaching his team. He kind of resembled Mr. Harmer. I feel like when I play for him it will be a lot easier, because he has the same personality.”