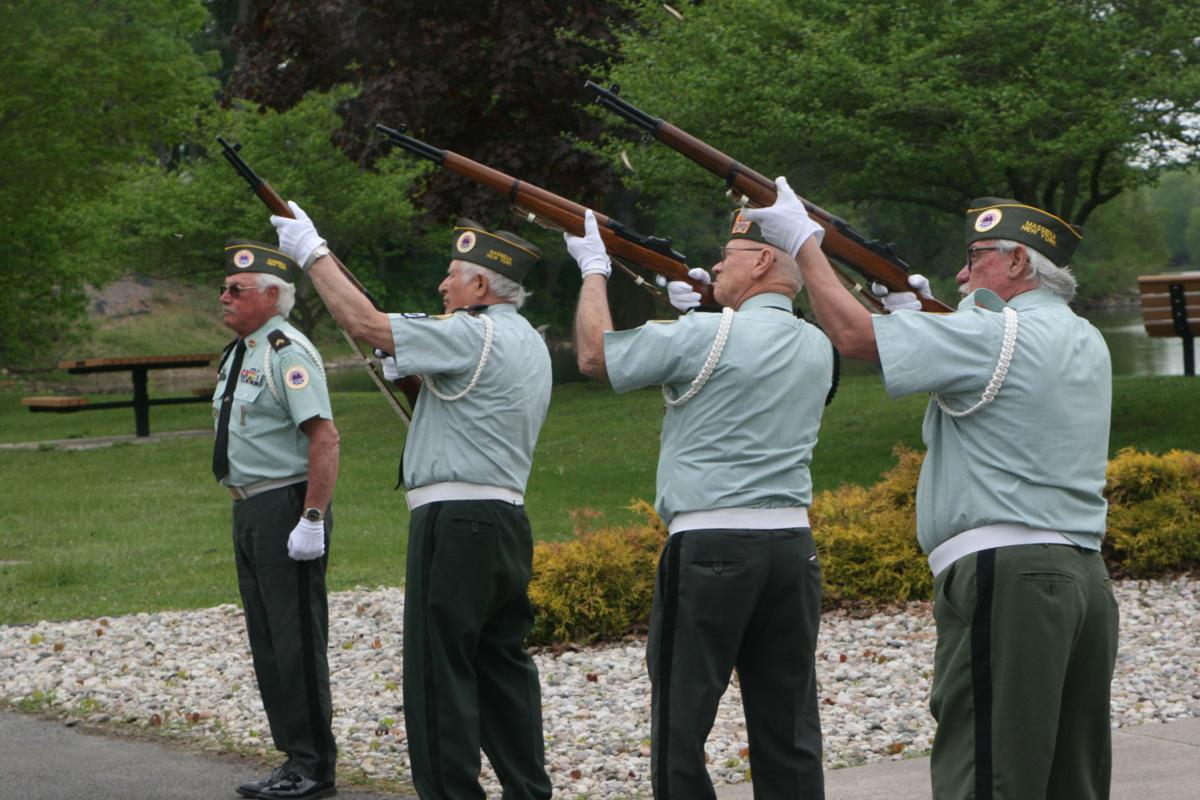 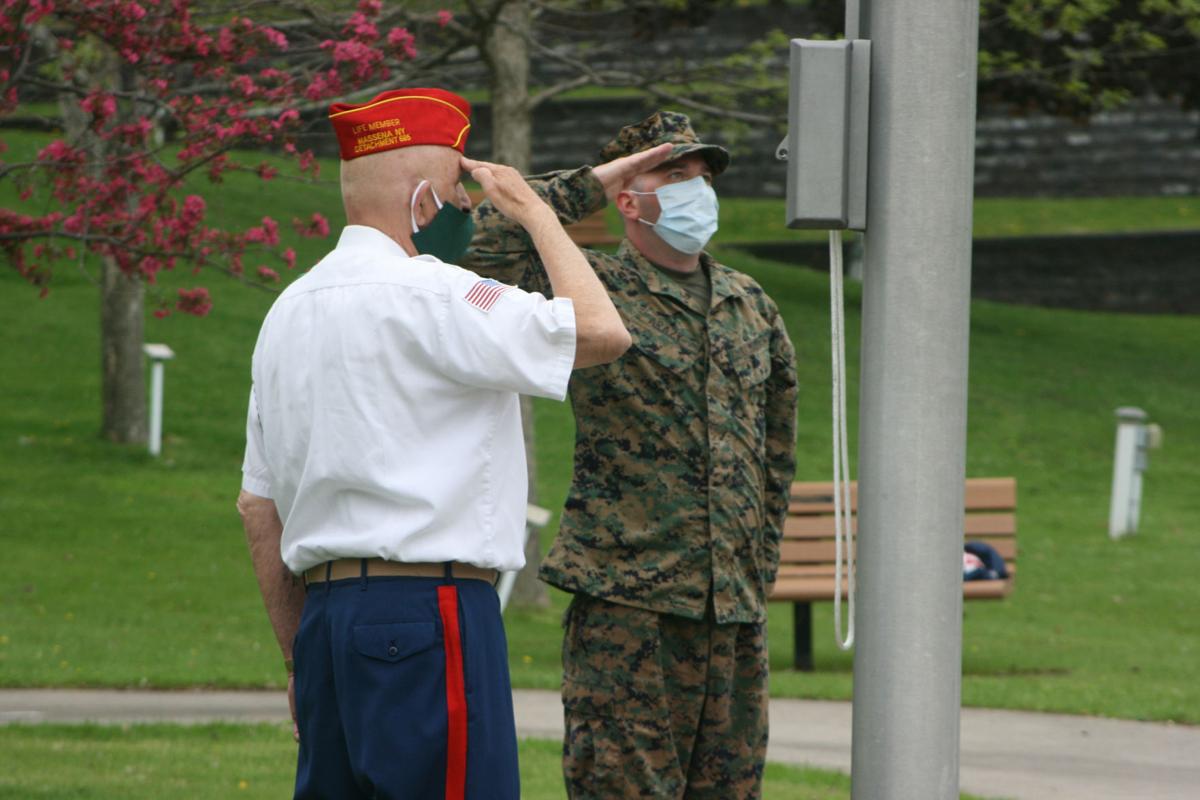 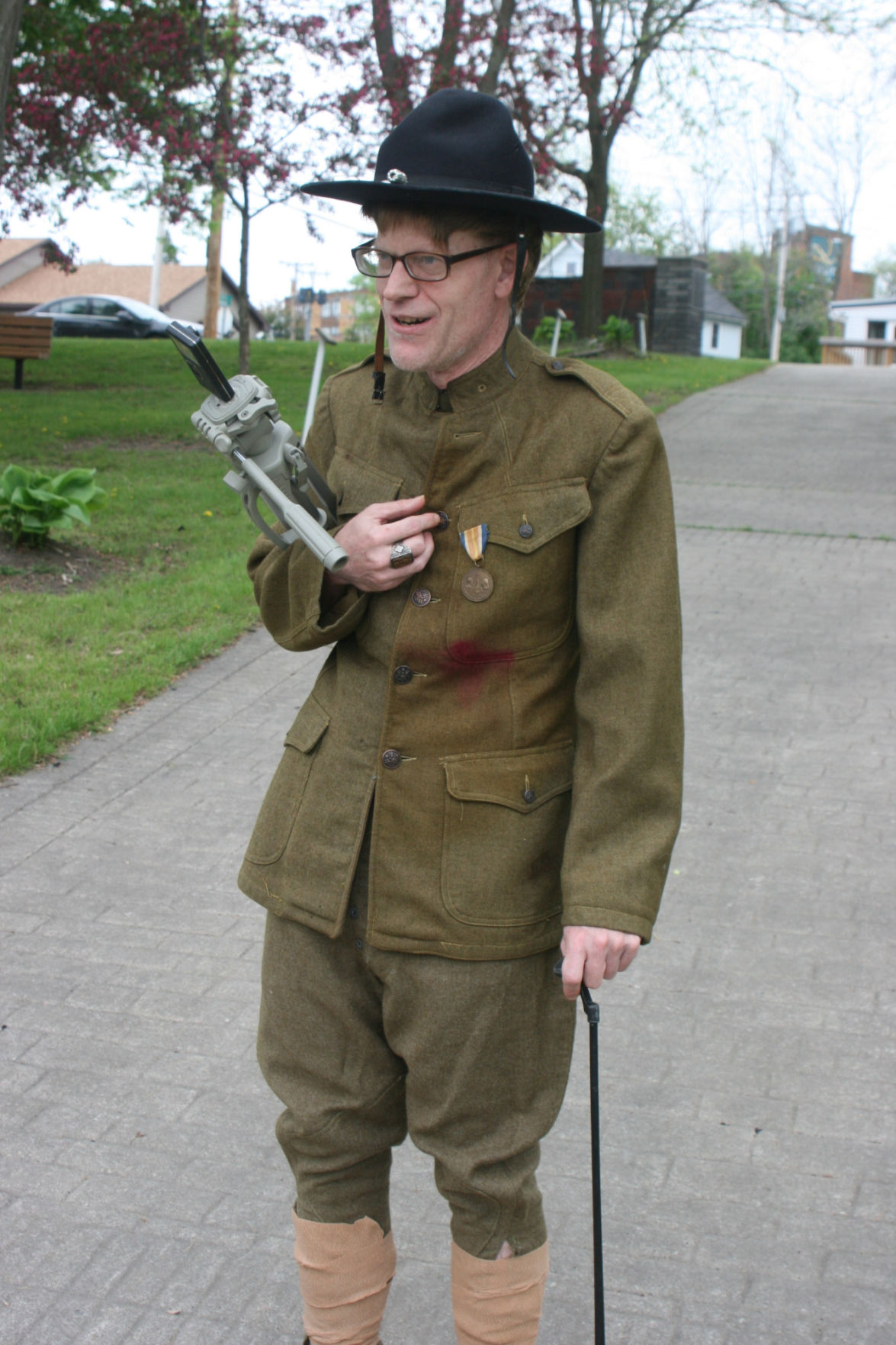 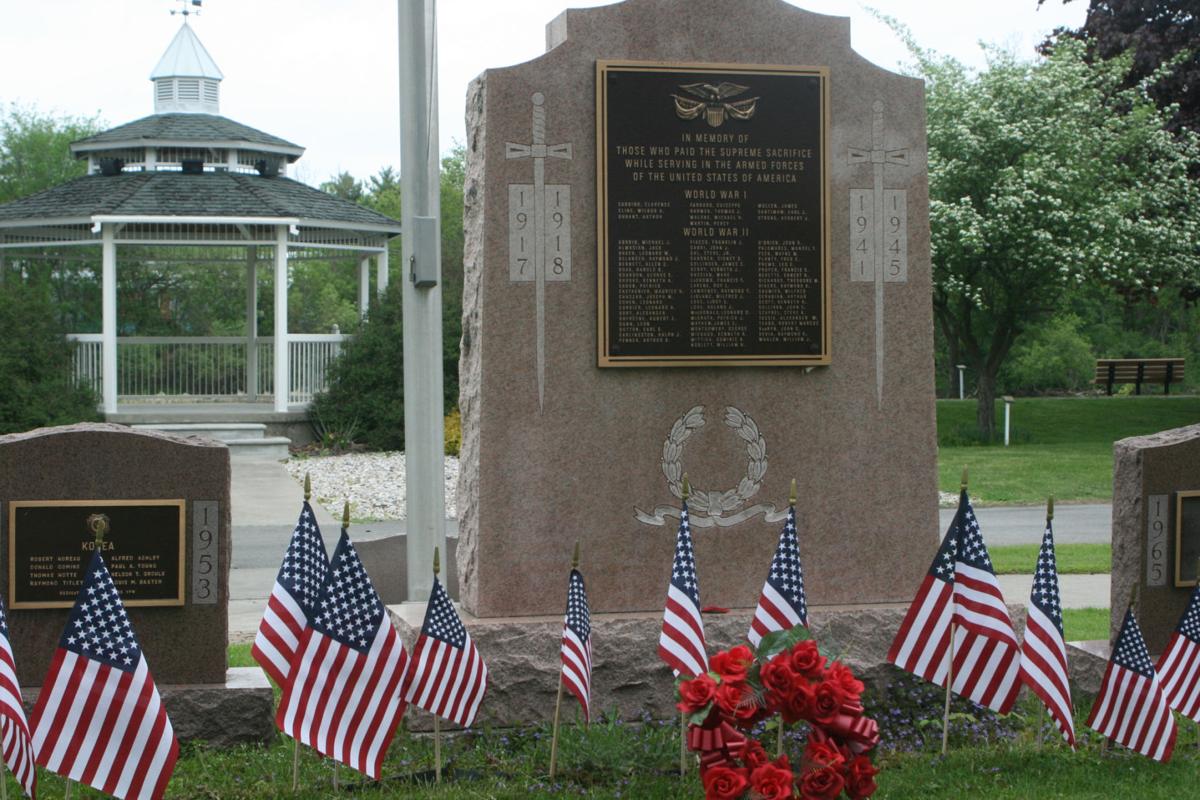 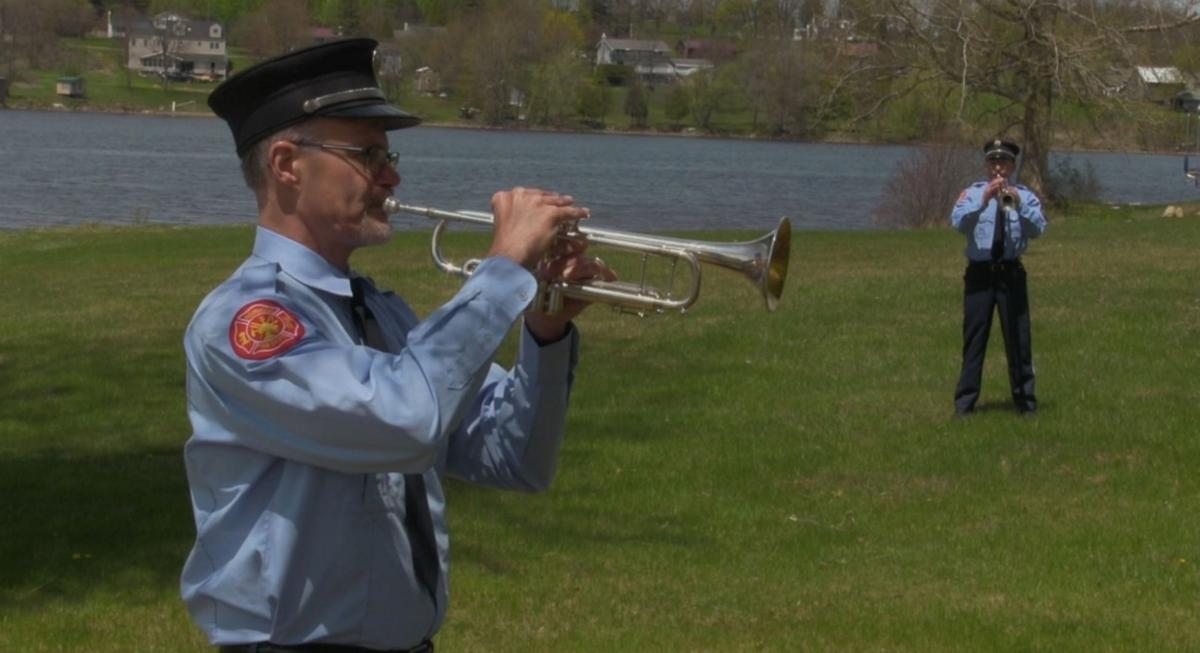 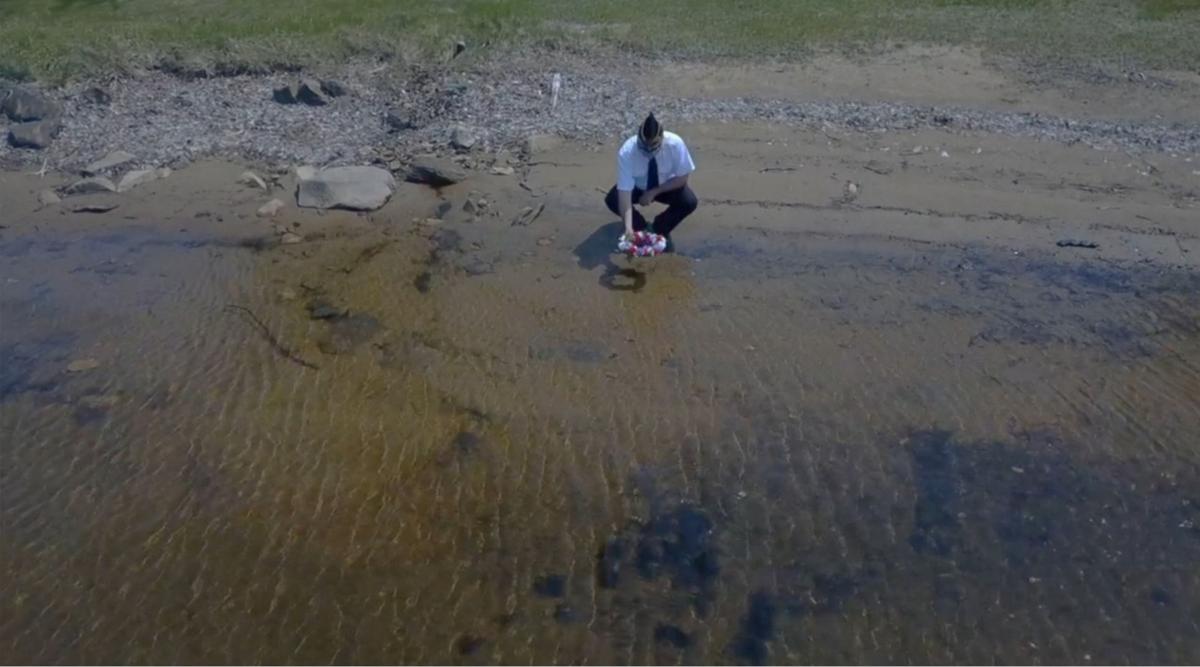 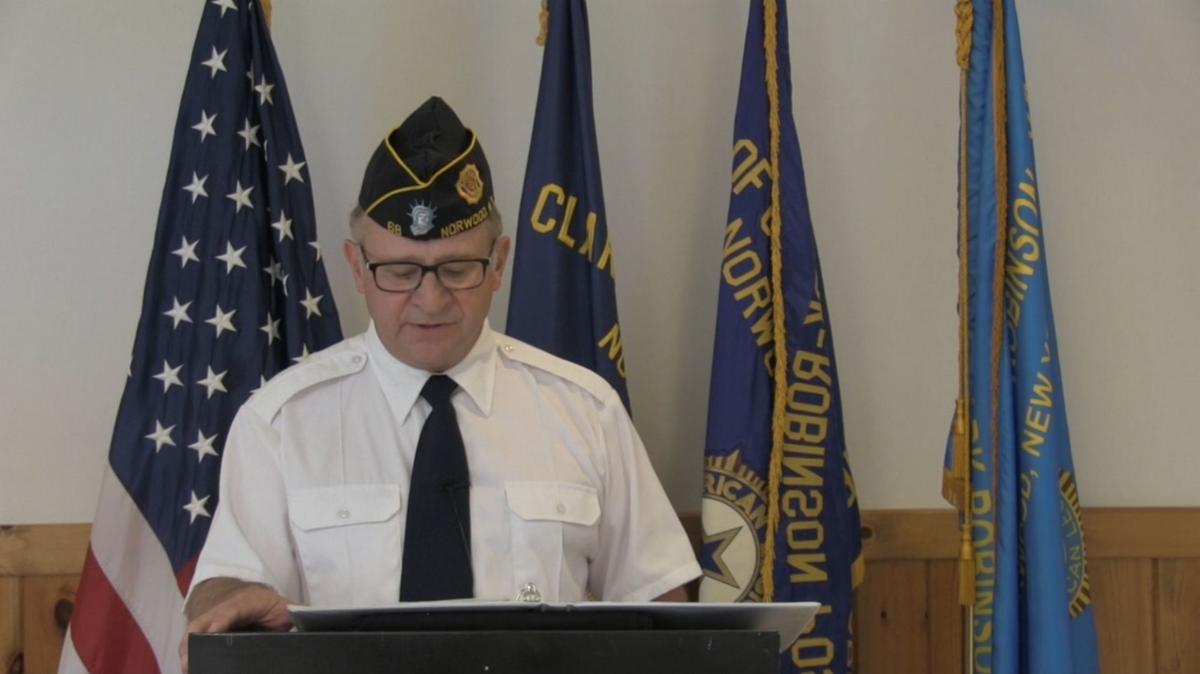 MASSENA — Downsized and virtual ceremonies were the norm for some local communities on Memorial Day.

At Veterans Memorial Park in Massena, the ceremony included the raising of the flag from half staff to full staff, a gun salute and the playing of Taps.

Mayor Timmy J. Currier, who was one of several attendees who observed the ceremony, spoke of the importance of Memorial Day.

“Comrades, this day is sacred with the almost visible presence of those who have gone before us. We honor the memory of those who gave their lives in the service of our country, and of those others who have dropped their burdens by the wayside of life, and are gone to their eternal rest,” he said.

“May the ceremonies of today deepen your reverence for our dead. Let us renew our pledge of loyalty to our country and its flag. Let us resolve by word and deed to emphasize the privilege and duty of patriotism,” Mr. Currier said.

A day ahead of the ceremony, youth from the Police Activities League of Massena cleaned up Veterans Memorial Park and some portions of downtown.

“In honor of Memorial Day tomorrow and for all of those who died actively serving in our military, to protect our freedom. We decided to clean up veterans memorial park and some portions of downtown with our youth! It felt nice to see some of our youth, even through face masks, it was a beautiful day to get outside and social distancing was in place for everyone’s safety as well!” they said in a social media post.

A virtual ceremony was held by Clark-Robinson Norwood American Legion Post 68 on May 17. It included a speech by 2nd Vice Commander Jeffery Gerrish, a gun salute and Taps played by Paul Haggett and Paul Jadlos, members of the Norwood Brass Firemen.

“In a year like no other, our Norwood American Legion family remains steadfast in our commitment to salute this nation and our community’s fallen service men and women,” Mr. Gerrish said, speaking on behalf of the post, its auxiliary and its Sons of the Legion.

This year’s ceremony, however, was unlike others.

“Today, our nation’s forces are operating in 189 countries around the world, maintaining a presence of strength in the world’s oceans and seas, as well as skies and space,” Mr. Gerrish said.

“This year, we are very well aware of another battle here at home against an unseeable foe, raising our attention to our community’s first line defenders, our first responders and health professionals. We as a community must remain aware and resilient to the stresses this local fight challenges us with,” he said.

Like other Memorial Day ceremonies, the one in Norwood held significance — to remember others who had laid down their lives for their country.

“Every Memorial Day we remember those who have given up their lives in defense of this nation in battles near and far through history. We acknowledge the calling and selfless service exemplified, and most importantly, we remember,” Mr. Gerrish said.