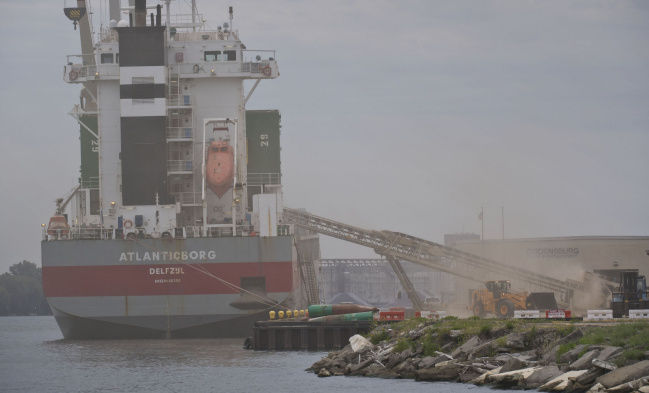 The cargo ship Atlanticborg from the Netherlands is loaded with wood pellets bound for Denmark July 22 at the Port of Ogdensburg. Christopher Lenney/Watertown Daily Times 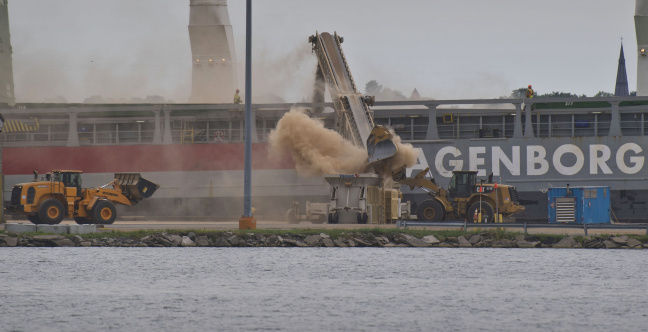 The cargo ship Atlanticborg from the Netherlands is loaded with wood pellets bound for Denmark July 22 at the Port of Ogdensburg. Christopher Lenney/Watertown Daily Times

OGDENSBURG — The Atlanticborg, a Dutch cargo ship, is at the Port of Ogdensburg this week being loaded with 10,000 metric tons of wood pellets bound for Denmark.

The shipment is a test that may lead to additional shipments, Patrick Curran, president of Curran Renewable Energy and Seaway Timber Harvesting in Massena said on July 22 as the ship was being loaded.

“If it works out for both parties, I think we are both interested in taking this out a little further,” Mr. Curran said.

A Swedish trading company, Ekman, is buying the shipment of industrial grade wood pellets, which will be used for power production in Denmark.

Expanding to foreign markets is important for his company, Mr. Curran said.

Mr. Curran said that pellet plants throughout the Northeast have struggled to find markets that allow them to run at 100 percent capacity.

The pellets for this shipment are not the same as the pellets sold for home wood stoves in the United States, Mr. Curran said.

“We are able to put in a little more bark with these pellets because they are going to be used to produce heat and power,” he said. “You can use a little bit more lower grade fiber, smaller trees, a lot more brush and bark.”

Curran Renewable and Seaway Timber has just under 100 people on its payroll and the overseas shipment has kept them busy.

“For the last three months the pellet plant has been running seven days a week, 24 hours a day,” Mr. Curran said.

The proximity of the Port of Ogdensburg, Mr. Curran said, is making the test shipment much more feasible.

“Up here we don’t have a four-lane highway,” he said, “but, we have an H2O highway. This is the opportunity that we have to use to get freight out of here.”