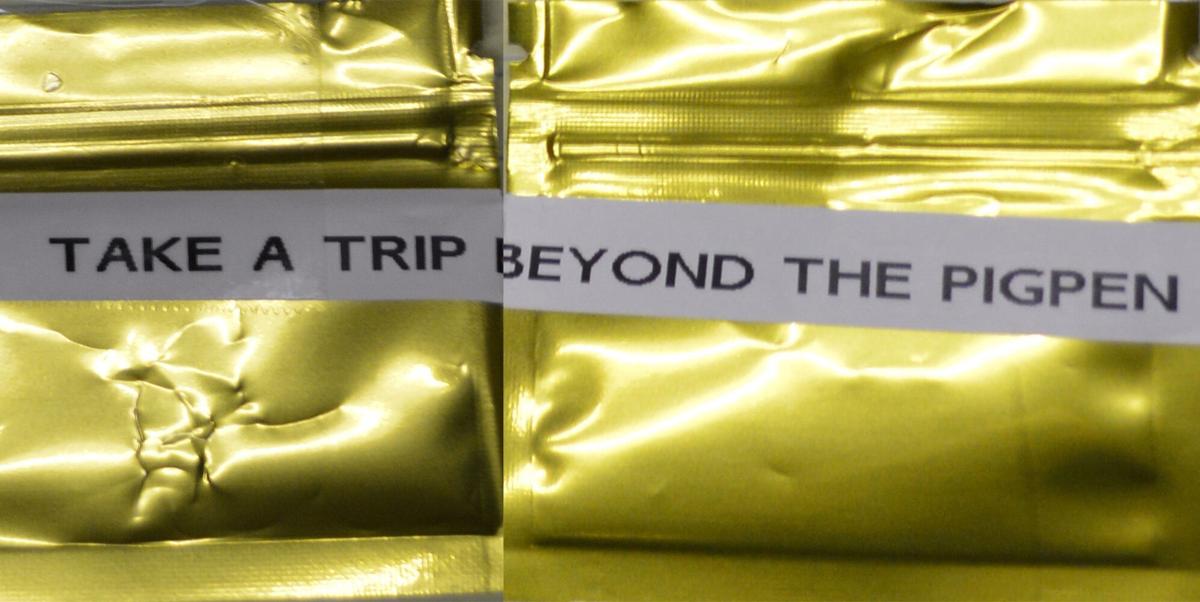 A golden foil-looking packet contained what has been field tested as the drug LSD with a typed message, “TAKE A TRIP BEYOND THE PIGPEN.” Provided photo 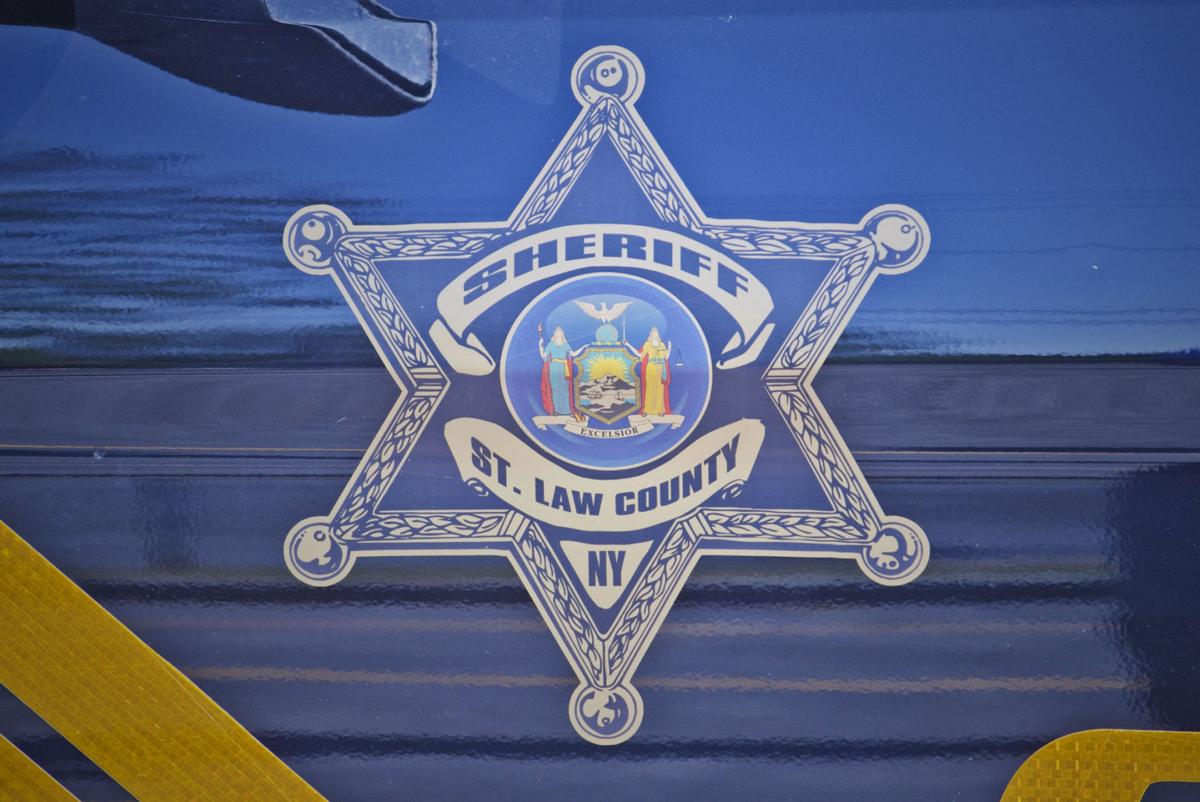 A golden foil-looking packet contained what has been field tested as the drug LSD with a typed message, “TAKE A TRIP BEYOND THE PIGPEN.” Provided photo

Sheriff’s office employees and dispatchers from county emergency services located a packet attached to the front door of the public safety building, 49 1/2 Court St. A golden foil-looking packet contained what has been field tested as the drug LSD with a typed message, “TAKE A TRIP BEYOND THE PIGPEN.”

“These cowardly acts towards all law enforcement are not going to be tolerated and to whomever this individual or individuals are, should be assured that we will be doing everything within our power to seek you out and hold you accountable to the fullest extent of the law,” Undersheriff Sean P. O’Brien said in a statement.

“The targeted attacks on our St. Lawrence County law enforcement are inexcusable and must be prosecuted,” Ms. Stefanik said. “This is particularly painful to our North Country community after the positive, grassroots Back the Blue parade in Waddington yesterday highlighted the strong community support for our law enforcement. New York’s 21st district stands with law enforcement and their families.”

The sheriff’s office is the lead investigating agency and is working in conjunction with state police, Potsdam, Norfolk and Norwood police and District Attorney Gary M. Pasqua, as well as federal law enforcement partners.

This is an ongoing investigation and anyone with information is asked to contact the sheriff’s office leads desk at 315-379-2428. If anonymity is of concern, please submit a tip on the St. Lawrence County Sheriff’s Office app.

"The sheriff’s office is the lead investigating agency and is working in conjunction with state police, Potsdam, Norfolk and Norwood police and District Attorney Gary M. Pasqua, as well as federal law enforcement partners."

That's a lot of law enforcement firepower and a lot of tax payer money being spent. It's not clear from this article what crime has been committed. Is it littering?

BTW: A "field test" is not usually considered adequate proof of identity - even IF it was subject to a verifiable chain of custody, conducted properly by a trained technician, witnessed by a reliable independent person, and correctly documented - including color photographs. Those "spot tests" are not very specific. Were all four samples tested? By whom? Who QAed the data? It wouldn't take Clarence Darrow to get this thrown out of any honest court in the country. More to come?

Think of it this way, these weren't exactly attacks against the police. No officer was harmed and that LSD is no longer on the street. How typical of Elise Stefanik, newly tutored by the insane clown posse which is our current President and his minions to blow it way out of proportion. An attack? Really? Invest in a good dictionary.

They must have video of this person putting these on the doors, why no photos of the suspect? Four different police forces don’t have video? Almost like this is phony nonsense designed to drum up support for the twenty seven types of police in the North Country.

Really bad and dangerous. Hope the person is caught.

Can't believe anyone would give LSD away.

That’s why this is fake. How many people

Do you know who are into psychedelics, would give it away, and are willing to drive an hour in the car at great legal risk to themselves? All indicators point to a fraud.