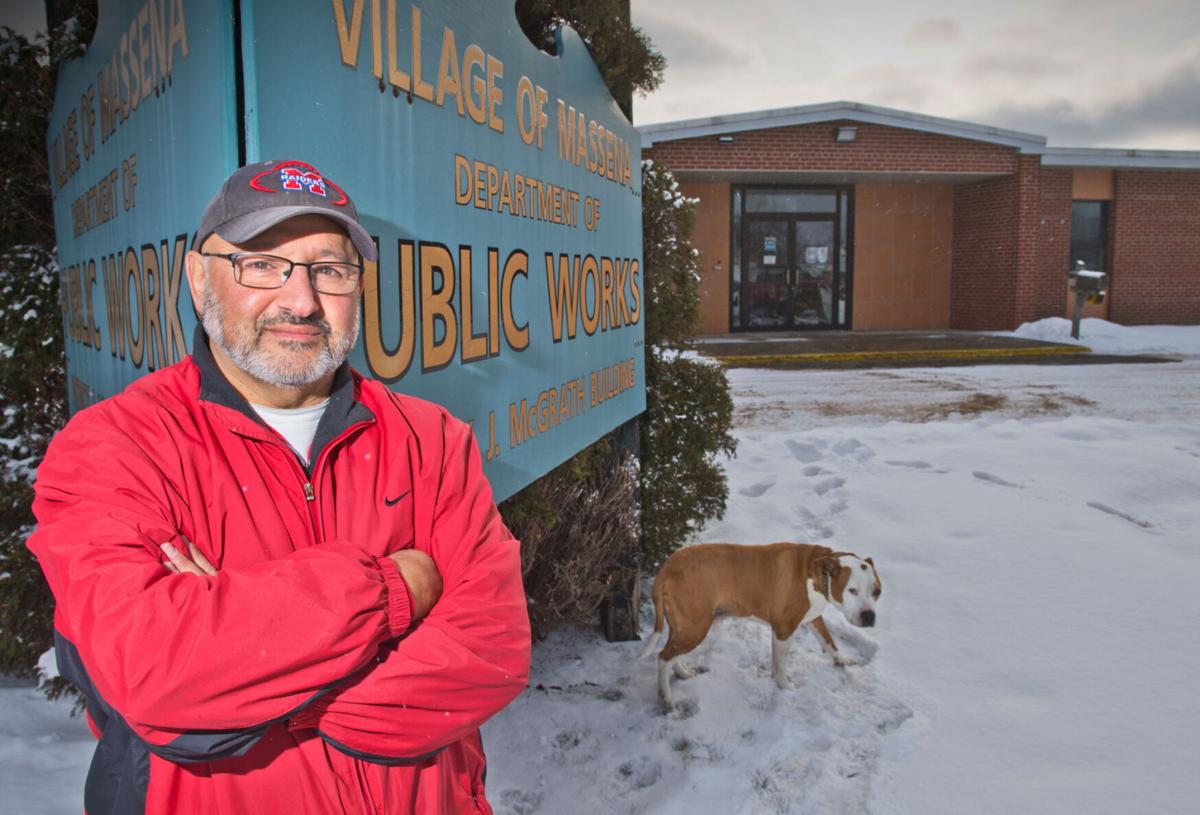 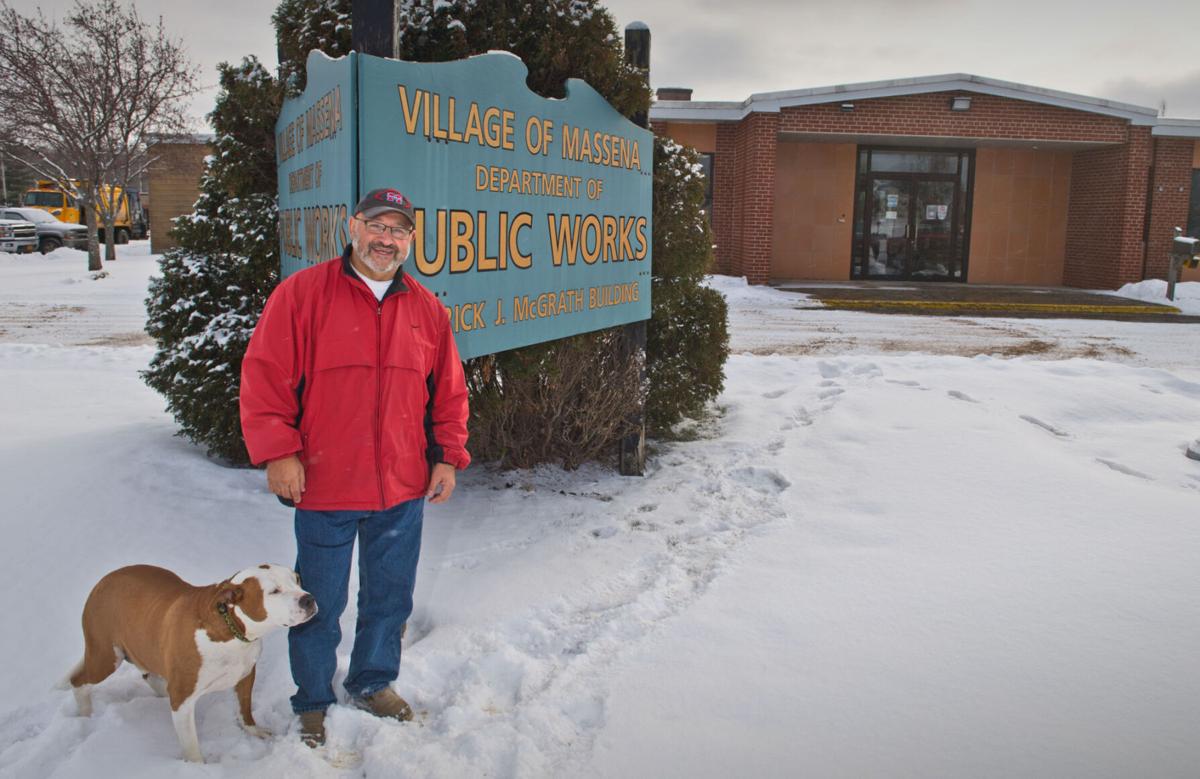 MASSENA — After 30 years of service as the head of the village of Massena’s Department of Public Works, Hassan A. Fayad will call it a career at the end of the month.

Mr. Fayad said his father had an influence on his decision to become an engineer.

“I come from a traditional family. I have a brother who was in the medical field. He goes, ‘Joe, you’re going to be a pharmacist and Hass, you are going to go into engineering.’ So, in essence, he planted the seed. But, I do like the construction field and I like the engineering field a lot,” Mr. Fayad said.

Following his graduation from Massena Central High School in 1979, Mr. Fayad attended what was then Canton Agricultural and Technical College, now SUNY Canton, for two years and earned his degree in civil engineering and technology. After graduation, he was offered a job as a draftsman, but he declined it, instead heading back to school.

“I went back and I talked to an adviser at Canton and asked him for a school or university in a warmer climate which offered engineering, and he told me Florida State or Arizona State,” he said. “I just took a quarter and flipped it and went out west.”

Arizona State was the winner, and Mr. Fayad graduated from there in the summer of 1985. He then got a job with an Arizona contractor working in the construction field for a year.

“I didn’t have my PE (professional engineer license) at that point because you have to train under a professional for years before you can sit for your test,” he said.

Following that, Mr. Fayad worked for an international engineering firm that had an office in Phoenix.

“At that time, my wife wanted to come back to the East Coast,” he said.

The company had an office in Boston, where Mr. Fayad transferred and worked for a couple of years until the company decided there wasn’t enough activity and said it was closing that office.

“They wanted me to go to Connecticut. I, in turn, said, ‘No, that’s further away from New York and my wife wants to go north,’” he said.

Instead, Mr. Fayad took a position with a high-level construction firm that had been part of the construction of the St. Lawrence Seaway. He worked there from 1989 to 1991, and that was the last stop before he returned to Massena in 1991 and became DPW superintendent.

“It has a lot of rewards. We’ve had a lot of accomplishments here,” he said.

One of those accomplishments came with the DPW’s performance during the 1998 ice storm.

“We had a tremendous role as did everybody else in the north country,” Mr. Fayad said. “The crew was very receptive to what we needed to do. We were in pretty demanding times at that point. There were trees down, there were power lines down, there was ice and snow on the road. It was just terrible, but we made it through it.”

“We have a pretty aggressive electric department,” he added. “There was very little damage in regards to broken poles or lines being down, but there was some.”

A command center had been set up at the Massena Fire Station.

“It was like 24-hour coverage, but we had a great response from the entire department. The guys were great. We came through pretty good,” he said.

There were other challenges too, which Mr. Fayad said his department always met.

“I’m more of an optimist and I like looking at the successes of the department more so than the bad times,” he said. “The accomplishments of this department have been tremendous. They’ve done a lot, and we’ve gotten a lot accomplished for the village of Massena.”

That included keeping up with infrastructure, some of it very aged.

“We have a lot of infrastructure that’s dated. But, again, we have a great team that’s been put together, and I’m so fortunate that the (village) board allowed me to hire who we needed down here in order to make this work the way it does — and it works great,” he said. “It’s been a great rewarding department for me. So, I feel very confident in passing the torch to Marty Miller.”

Like Mr. Fayad, one of the issues Mr. Miller will face is trying to do more with less, even when infrastructure needs to be maintained.

“It’s a daily chore. If you want to plan a capital project next year or the year after or whatever, then you start planning ahead of time and you figure out how you’re going to fund it because that’s the biggest component,” Mr. Fayad said. “Then, you take that component and defend it to the board and the mayor.”

Add to that sudden issues like broken water lines or blocked sewer lines that need to be addressed immediately, and the budget starts to rise.

Another part of the job was working with other agencies, whether the state, county or other organizations.

“We have a great rapport with all the agencies. New York state helps us out when we need assistance. St. Lawrence County does the same thing. The town of Massena, the town of Brasher, all the towns in the local area, we work collectively with them,” he said. “By the same token, if they need us, we’re there to help them.”

Through it all, Mr. Fayad said he couldn’t have asked for a better job.

As for his future, Mr. Fayad said he’s “one of those guys that needs to work.”

“I’m looking at different options. I want to work,” he said. “I’ll probably do something in the field of construction or engineering or something like that. But, I’ll be able to pick and choose my jobs.”

While he may not be sitting behind the desk at the DPW’s headquarters, the Patrick J. McGrath Building, Mr. Fayad said he’ll be available to help Mr. Miller as he takes over the reins.

“He’s got my phone number already,” he said.