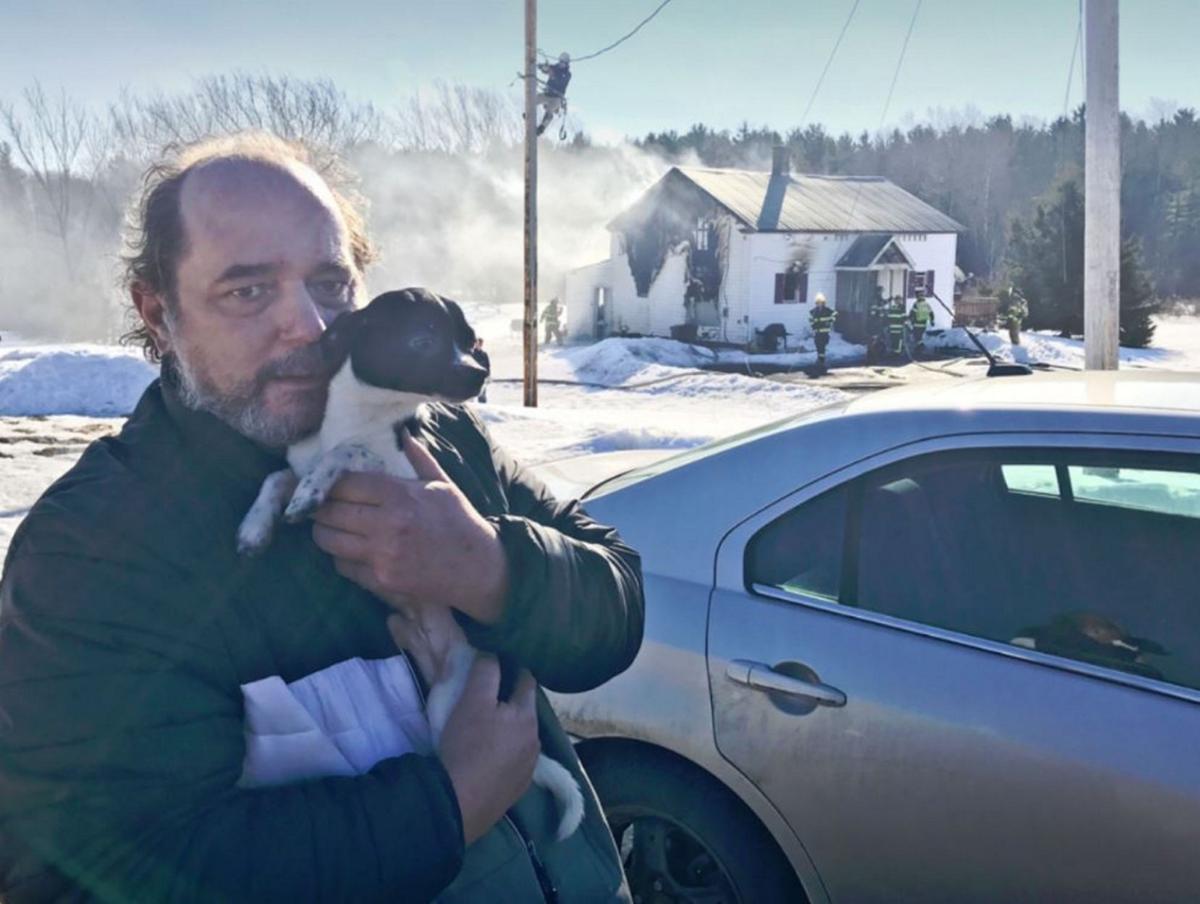 Peter Recore holds one of his dogs as emergency responders work to extinguish a fire that severely damaged his home 8416 Route 56 in Norfolk on Monday morning. The Norfolk Fire Department responded with mutual aid from Norwood, Louisville and Massena departments. W.T. Eckert/Watertown Daily Times 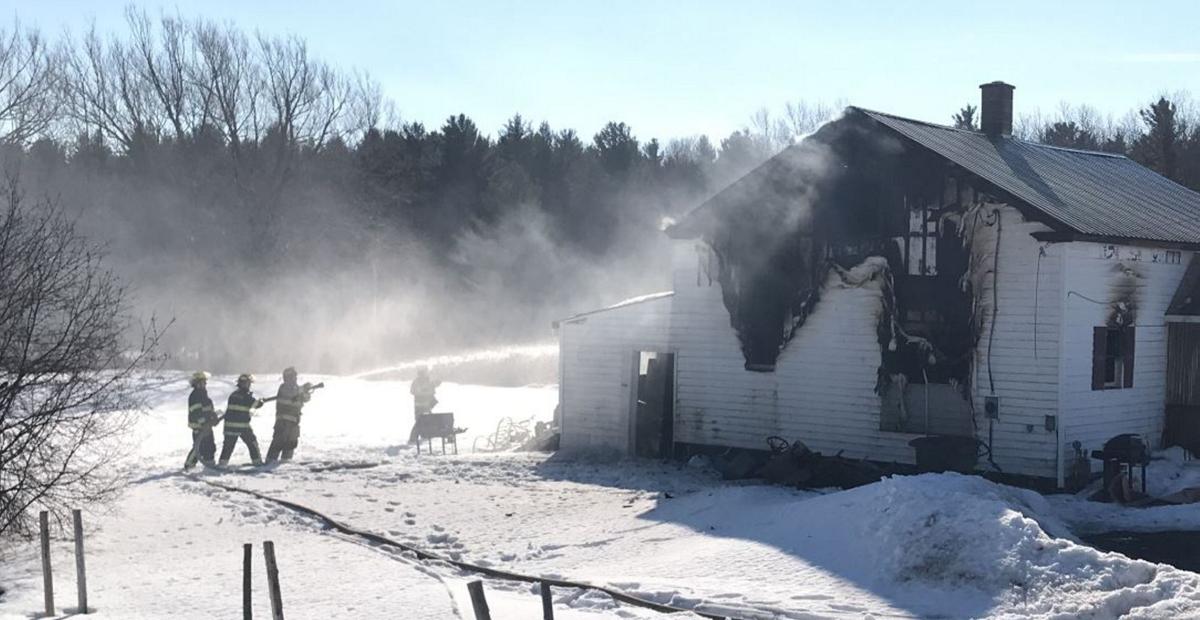 Firefighters work to extinguish a fire at a home on Route 56 in Norfolk on Monday morning. W.T. Eckert/Watertown Daily Times

Peter Recore holds one of his dogs as emergency responders work to extinguish a fire that severely damaged his home 8416 Route 56 in Norfolk on Monday morning. The Norfolk Fire Department responded with mutual aid from Norwood, Louisville and Massena departments. W.T. Eckert/Watertown Daily Times

Firefighters work to extinguish a fire at a home on Route 56 in Norfolk on Monday morning. W.T. Eckert/Watertown Daily Times

NORFOLK — Rena Cook did not think that, moments after calling her brother to the kitchen for coffee Monday morning, she would find herself sitting in the front seat of her landlord’s car outside her home at 8416 Route 56, watching flames consume it.

It was about 9 a.m. when the 58-year-old Ms. Cook said she had to make the 911 call after her brother noticed smoke and flames coming from the laundry room, specifically the dryer.  Fire investigators are still determining the cause.

Smoke billowed from the roof and the north side of the home following a burst of flames that Peter Recore, 50, said was likely caused by oxygen tanks. He said his sister had to be on oxygen 24 hours a day, and he uses it at night.

Mr. Recore said his nephew had only just been taken away by the school bus when the fire broke out. He and his sister scurried to collect their three Chihuahuas, Lily, Reeses and Moomoo, getting everyone out without injury.

“Smoke and fire were coming out of the laundry room so we grabbed the dogs and out we went,” Mr. Recore said. “By the time we come out, (fire) was coming out the window and then it seemed to be calmed down and then it shot out the top of the roof cause there’s full oxygen tanks in there and two oxygen concentrators. A couple tanks went off but thank God they were like the smaller ones, weren’t the big ones.”

“My medicine is in there, my oxygen tanks were in there, my grandson’s stuff is gone,” Ms. Cook said from the front seat of Mr. Conte’s car, cradling Lily, tears in her eyes. “They are like my kids. We’re going to have to find another place to live . . . a friend’s house.”

Not long after getting out of the home, Ms. Cook was brought to a Norfolk Volunteer Rescue Squad ambulance for oxygen.

Firefighters from Norfolk, Norwood, Massena and Louisville fire departments were on the scene with state troopers and St. Lawrence County Sheriff’s deputies to direct traffic, as the stretch of Route 56, between Plum Brook Road and Sunset Drive, were stopped of traffic.

National Grid was also called to cut power to the structure.

The building was not insured.

Mr. Conte, a retiree who is also a volunteer firefighter fighter for Norfolk but is currently on medical leave, said he wanted to make sure he was there to support his tenants. He said he has found them a temporary place to stay with a friend, and he’s inquiring about taking over a trailer home next door to his tenants’ home so they can have a place of their own again.

He said there was nothing he could do with the house at 8416 Route 56 until the weather warms up and he can have a look at the interior, from where the sounds of a chainsaw and the breaking of beams was coming Monday morning.

“I do most of my work myself,” he said. “I might have to take it down, I don’t know. I just come up here to give them a place to get heat so they wouldn’t be outside. I got a friend of mine I got it so they can stay there until we arrange something else for them.”