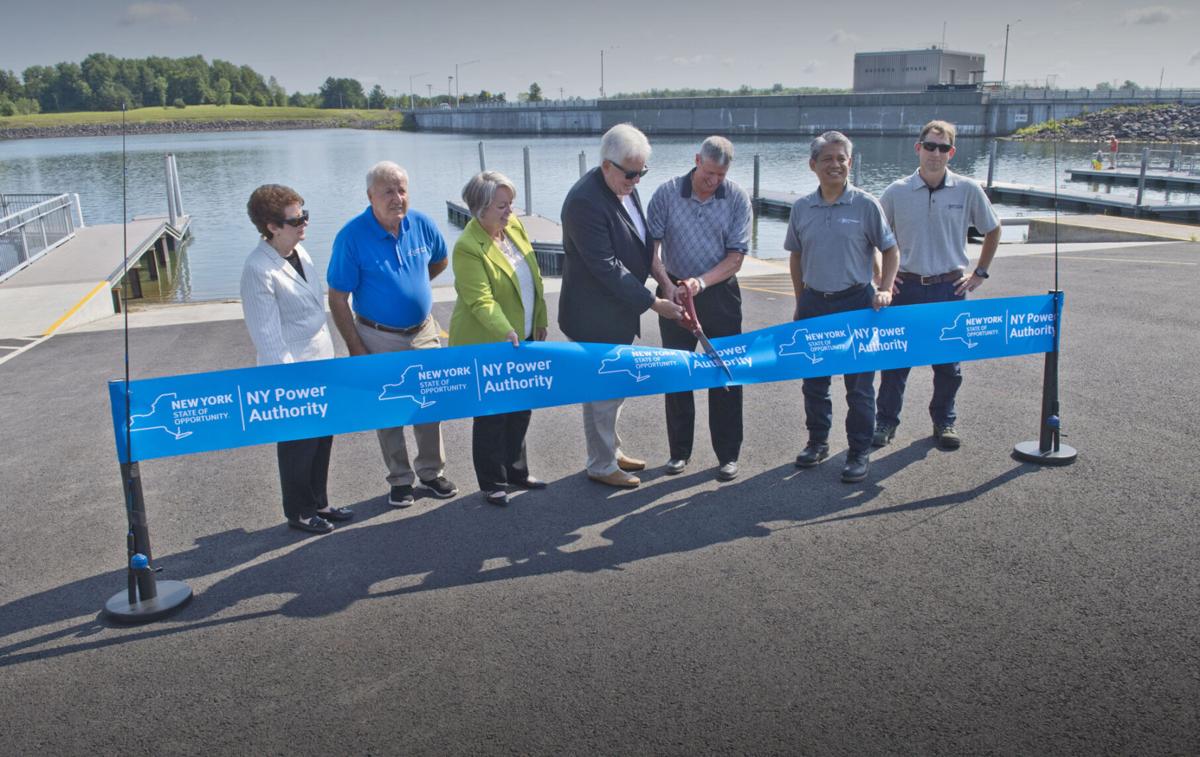 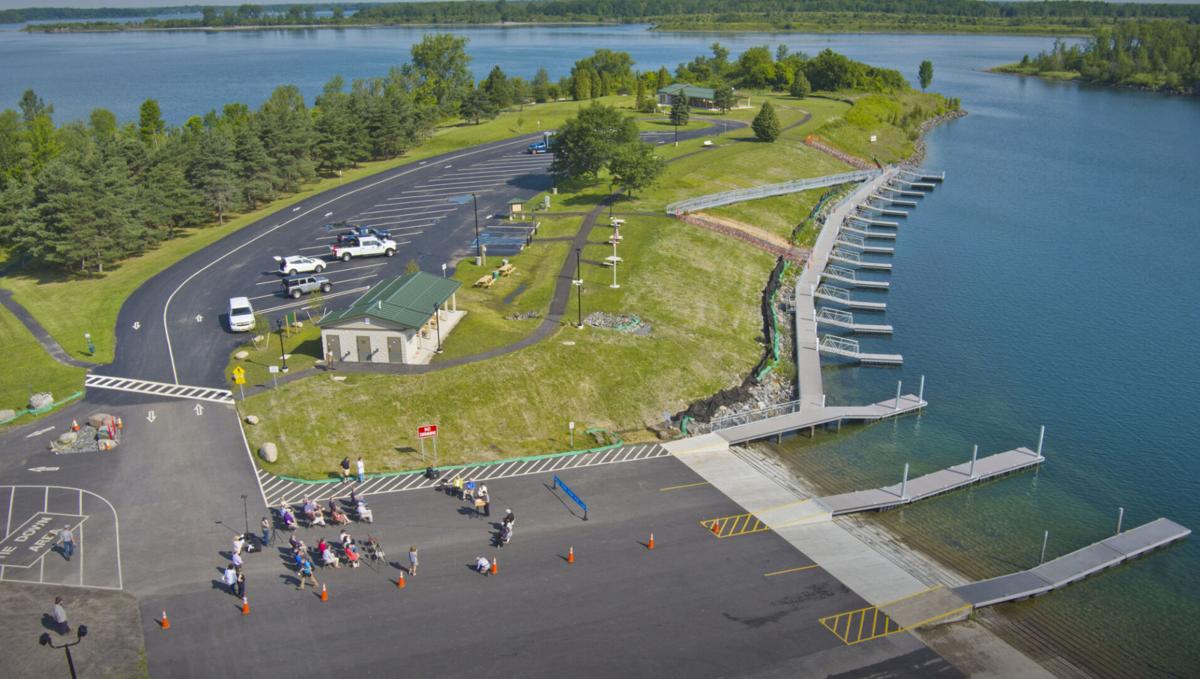 MASSENA — As a youngster and an adult fished from the end of a dock, shortly after a boat had been launched from that same area, the New York Power Authority officially cut the ribbon on a much renovated Massena Intake on Friday morning.

NYPA President and Chief Executive Officer Gil C. Quiniones said a partnership between NYPA and local communities made the renovations come to fruition.

“The facilities at the Massena Intake came about because of the great partnerships NYPA has with the local community through the Local Government Task Force,” he said.

“We wanted to build a park that would meet the needs of the local fishing and boating community, but one that would also entice large national fishing competitions to come to Massena and Louisville to host their fishing tournaments right here. Let it be said that Massena already had a great leg up in the competition for these tournaments in the form of the lovely St. Lawrence River and world class fishing,” Mr. Quiniones said.

“We’ve had a lot of work from the engineering firm that first started and developed the plan. And then the White Plains staff that helped with the engineering as well as the local. It’s really quite an area. This has taken a lot of work and perseverance for many individuals and demonstrates how our community, including the Madrid-Waddington school system, the Waddington village and town, Louisville and the village of Massena, as well as the town and the Massena Central School can work together with NYPA to develop this plan that really did come through,” he said.

The ribbon-cutting marked the completion of more than $3 million in improvements at the Massena Intake, which not only serves as a local marina, but also a picnic facility associated with the New York Power Authority’s St. Lawrence-FDR Power Project.

The improvements include an expansion of existing boat launches from four to eight, a new dock and room for seasonal boat parking, as well as the addition of two new, spacious picnic pavilions with restrooms, parking and handicap accessibility features.

Mr. Quiniones said the Power Authority was responsible for a number of recreational facilities in the north country, including the Robert Moses State Park, Island View Park in Waddington and Whalen Park in Louisville.

“All of these facilities are available free of charge for all in the community to enjoy. They also have the added benefit of attracting tourism, which helps boost the local economy,” he said. “I’ve been told that there were already several fishing tournaments that were held in both launch areas. As New York continues to reopen post-pandemic, we now have these beautiful riverside attractions, which will be a key driver for many local businesses that are also rebuilding their operations.”

He noted that the Power Authority had also worked with the town of Massena to eliminate the daily parking fee this season at the Massena Town Beach.

“That is just one of the many examples of how NYPA and our host communities are working together to make the north country a wonderful place to visit, and an even better place to live,” Mr. Quiniones said.

State Sen. Patricia A. Ritchie said having the Power Authority in the north country was a boost to the region.

“You know, sometimes for those of us who live here, we kind of forget how fortunate we are to have the power project here. We have such wonderful jobs that are provided to the area, the clean energy, but the financial investments to our local communities are something that doesn’t happen in a lot of places, so we’re very lucky. Just take a look around and see the new boat ramps, the new restroom facilities. It really is a big boost to the local area for those who live here, but also to help bring in tourism and hopefully some more fishing derbies,” she said.

Mr. O’Shaughnessy said the improvements had brought kudos from everyone.

“I know you’re going to find this hard to believe, but whenever we complete a project there’s usually one or two people that might not see it the way that they like it and might have some comments to improve it. But I have to tell you, this boat launch and the improvements of the pavilions and that area, there hasn’t been one complaint. Everybody loves it, from the little fisherman that comes here and fishes off the end of the dock to Andrew Jacobs that won the bass tournament that we just completed. It is a phenomenal facility,” he said.

“It falls into play that the big thing for us is that it is free. We’ve worked really hard to develop all this St. Lawrence River, the Massena beach, this area, even up through Waddington with their pavilion and some of their upcoming projects. We want to make it available to the public to entice them to come either into the area, or those that live here to utilize it, so it’s really worked out well for us,” Mr. O’Shaughnessy said.

“Investing in recreation facilities like the Massena Intake helps to ensure that New York’s top-notch tourism destinations remain vibrant and continue to help strengthen regional economies as New York recovers from the COVID-19 pandemic,” he said in a statement. “With these new renovations, the park will support large fishing tournaments benefitting both residents and tourists and strengthening the North Country’s economy for years to come.”

The Massena Intake is one of several recreational facilities that fall within the Federal Energy Regulatory Commission’s project boundary for the NYPA’s St. Lawrence-FDR Hydropower Plant in Massena. Work on recreation facilities, which began in 2019, stemmed from the Power Authority’s 10-year review of the 2003 relicensing agreement for the St. Lawrence-FDR Power Project. The New York Power Authority owns and operates the park and funded the renovations.