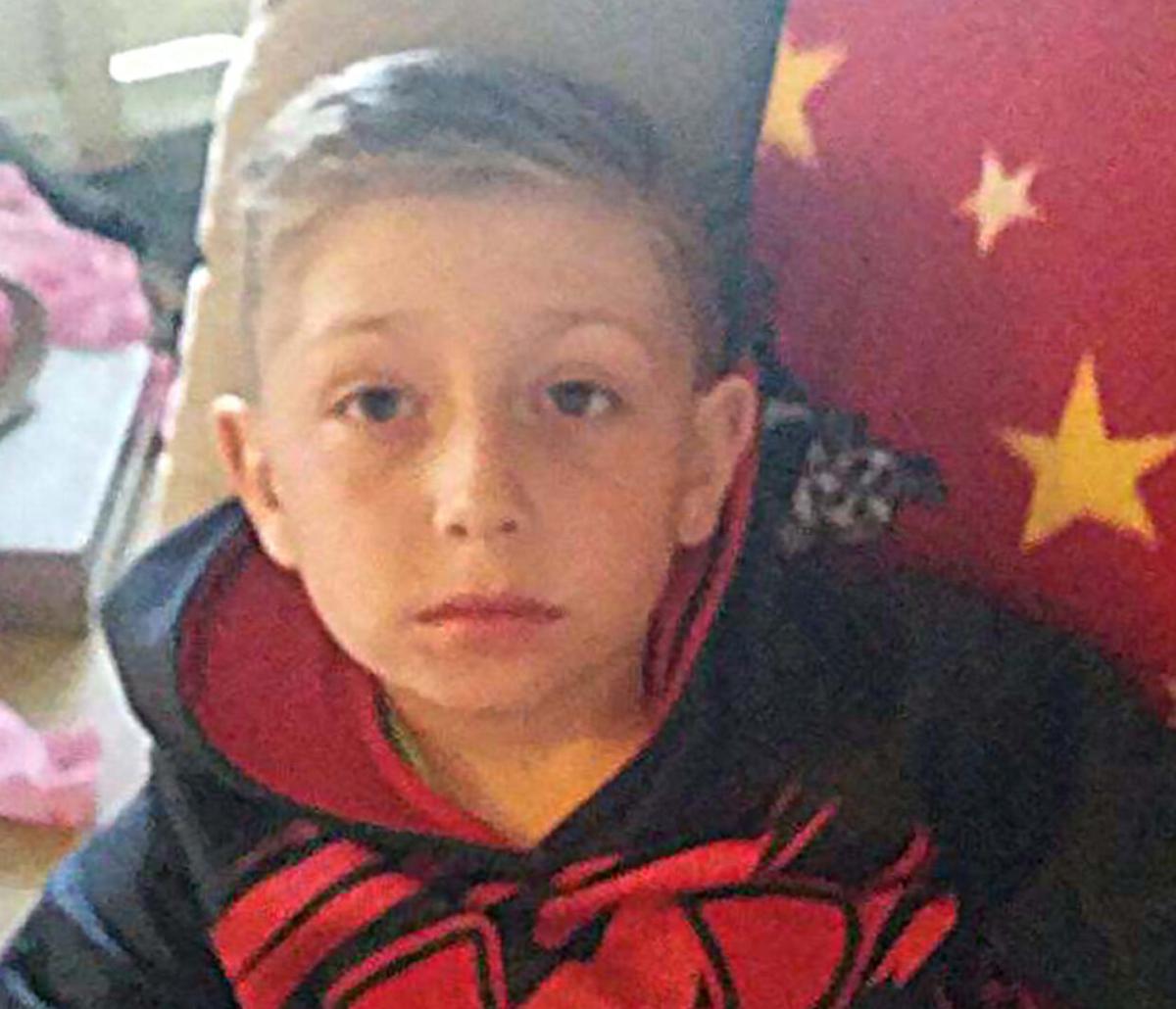 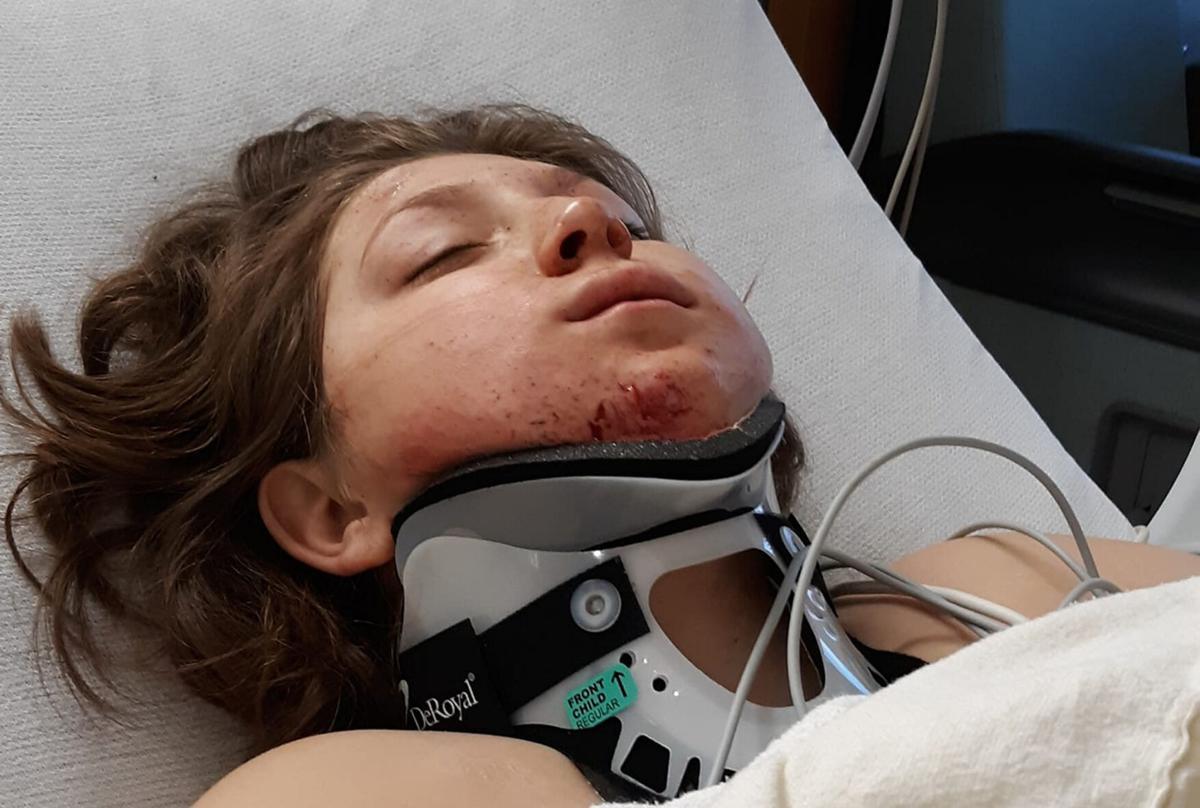 Ryan J. Davis, 12, lays in a Rochester hospital after suffering injuries in a car wreck on Thursday. Contributed photo

Ryan J. Davis, 12, lays in a Rochester hospital after suffering injuries in a car wreck on Thursday. Contributed photo

OGDENSBURG — All the impact was on the passenger side, where 12-year-old Ryan J. Davis was sitting Friday morning when the Jeep he was in crashed into a telephone pole at a high speed, breaking his jaw twice, his pelvic bone, ribs and causing internal bleeding.

Ryan, a roughly 90-pound sixth-grader at John F. Kennedy School in Ogdensburg, was visiting family near Rochester when he was involved in a crash. The Jaws of Life were used to pull him from the front seat, and by Friday afternoon, he was still mostly unconscious in the intensive care unit at Golisano Children’s Hospital in Rochester.

“That’s my world right there,” his mother Kimberly A. Davis said as she sat in her youngest son’s hospital room. “He’s my baby.”

The crash occurred about an hour outside of Rochester in the town of Rose. Ryan was being driven by what appears to be his cousin, Adam J. Kewan. They were heading down Route 414 when the Jeep they were in sheared a telephone pole and came to rest nearly 40 feet away, according to the North Rose Fire Department.

The department was dispatched to the scene at around 1 a.m., coming upon the heavily damaged Jeep and the child trapped inside. Since Ryan is so young, firefighters on scene had to use extreme caution as they cut him out of the Jeep. Ryan was eventually rescued and transported to a hospital with serious injuries. Mr. Kewan was also hospitalized with what appeared to be minor injuries. Ms. Davis said her son was wearing a seatbelt, which she said likely saved his life.

“But his airbag did not deploy,” she said. “He was full-face into the dashboard, and we know how hard a dashboard is.”

Ms. Davis said she was asleep at around 1:30 a.m. when her brother called her about the crash. She said she began driving there immediately, fielding calls from state police and hospital staff.

“When I first got the phone call, I thought ‘Am I going to get down there and lose my son?’” she said. “I honestly thought I was going to have a heart attack.”

She made the roughly four-hour drive and said she went straight to Ryan’s hospital room.

There’s a feeling of helplessness as a parent, said Greg A. Carr, Ryan’s father.

“I don’t want to see my baby in that condition,” Mr. Carr said. “You lay your hope and faith in the doctors and the hospital.”

A team of doctors and nurses were quickly put into place. Ms. Davis said she was surrounded by at least 15 medical professionals shuffling in and out of the room, telling her what’s going on, what they’re going to do, what they’ve already done and what to expect. Ryan had a broken jaw in two places, two broken ribs, a broken pelvic bone and bleeding in his stomach and head, according to his mother.

“We could recognize him,” she said. “But he just looked terrible. He was all black and blue.”

Ms. Davis and Mr. Carr are now together in the hospital with their son. After about nine hours in the room they had the understanding that Ryan had a strong chance of making a recovery despite the nature of his injuries.

“The doctor said he was extraordinarily lucky,” Ms. Davis said. “And the cop told me ‘Your son is very strong.’”

She said he’ll remain in the hospital likely for another two weeks before he goes home to Ogdensburg, where it appears he’ll need a nurse to help him recover. A fundraiser raised more than $1,000 in the first few hours it was posted, and more donations continue to roll in. It can also be found by going to Kimberly Davis’s Facebook page.

“I’m just glad it’s not a fundraiser for a funeral,” Ms. Davis said.

Now it’s time to schedule surgeries and hope for the best.

What an invasion of Ryan's privacy to post an image of him at his worst in a hospital. Poor sensational journalism.