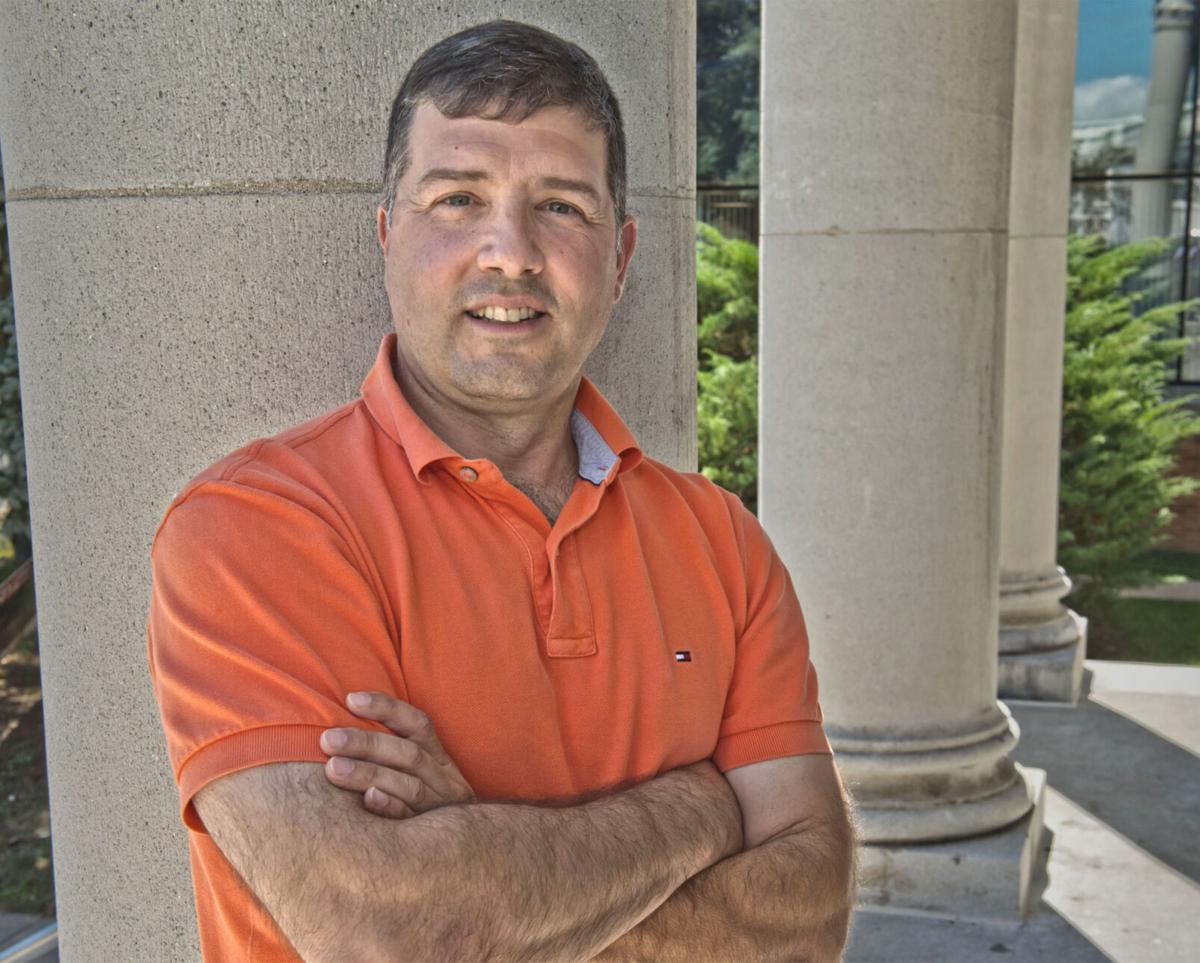 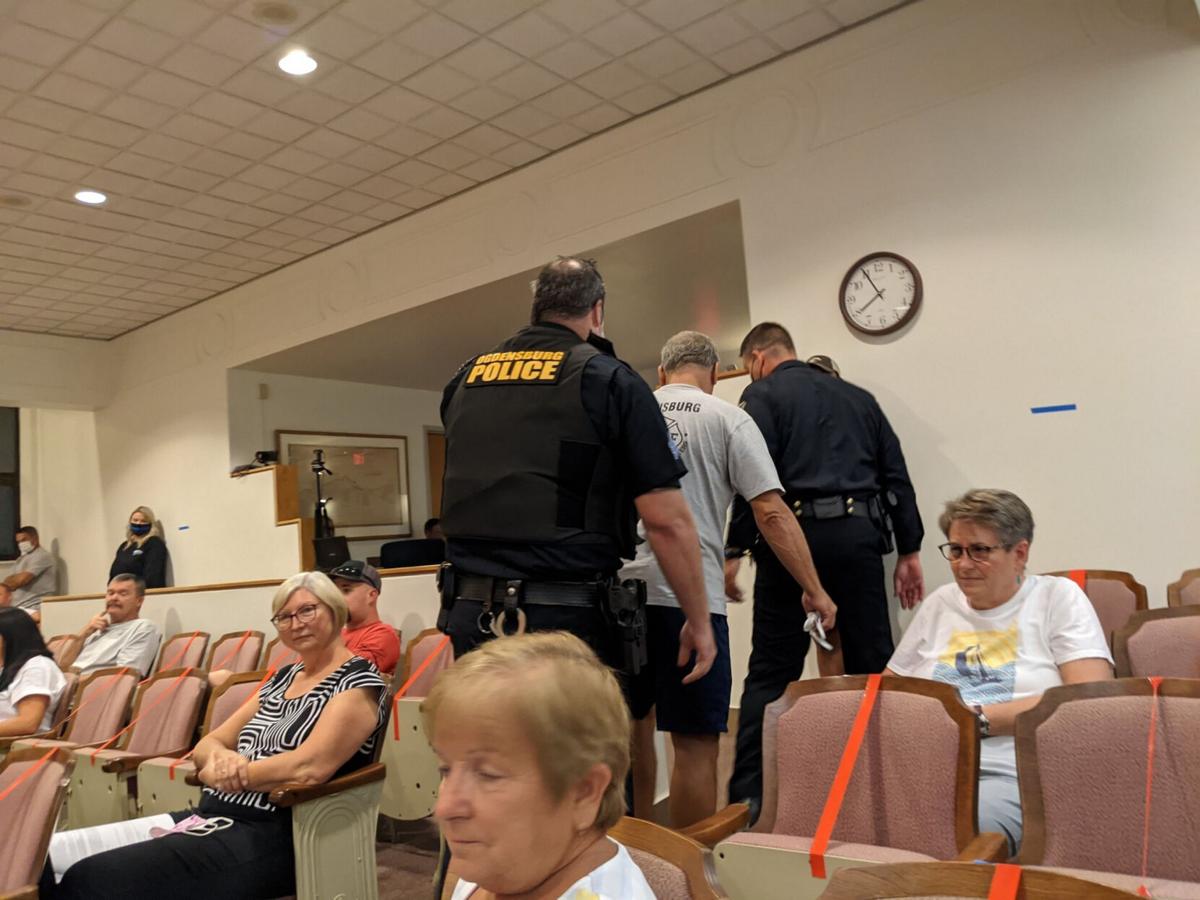 OGDENSBURG — Mayor Jeffrey M. Skelly was met with snide remarks Monday night as he made his way down the aisle toward his seat at the front of the council chamber. One remark from city Fire Capt. Gerald H. Mack made Mr. Skelly stop in his tracks. Mr. Skelly turned to confront him, accuse him of being upset he wasn’t made fire chief, then threaten to throw him out of the meeting if he was disruptive.

There were 30 minutes to go before the actual meeting started.

Eventually, Mr. Skelly did order police to remove Mr. Mack, who said at first he would not leave until police handcuffed him. He ultimately left on his own. Mr. Mack was one of three people Mr. Skelly ordered to be removed from Monday’s meeting. Two other people, one of them Councilor Daniel E. Skamperle, left on their own after noisy outbursts directed at the mayor.

There were plenty of other disagreements at the meeting, but the biggest beef centered around a vote to make Stephen P. Jellie the permanent city manager. In the end, Mr. Jellie was appointed to the permanent position by a 4-3 vote.

Mr. Jellie’s path to the position has gone through a few recalculations by Mr. Skelly’s majority. In June, when former City Manager Sarah Purdy retired from her position — under fire from the new majority — the plan was to leave the position open and have Assistant City Manager and Planning Director Andrea Smith fulfill the manager’s duties.

After Mr. Skelly offered the job on an interim basis to former Watertown Mayor Jeffrey Graham, who turned it down, Mr. Jellie was selected from a pool of two. The chosen candidate was to serve on an interim basis until the end of the year, which is when council planned to have its search completed for a new city manager. In July, shortly after he was hired, at $1,500 a week, Mr. Jellie said he was unsure if he would apply.

It was Thursday evening when the Monday night meeting agenda was sent to council members that minority members — Councilors Michael B. Powers, Nichole L. Kennedy and Daniel E. Skamperle — learned they would be voting on giving Mr. Jellie the job permanently. Just before Monday’s meeting, members of the city fire department held an event with their union representatives outside City Hall and called Mr. Jellie unqualified and dangerous.

“In the short span of 80 days, the city manager, who has no experience running a municipality or leading a civilian fire department, has undermined the safety of a proud north country community that has been protected by career fire fighters for more than 150 years,” said Sam Fresina, president of the New York State Professional Fire Fighters Association.

“I am not going to argue about Mr. Jellie’s qualifications or professionalism,” Mr. Skamperle said in opposition to Mr. Jellie’s appointment. “He was hired as a part-time, interim manager until the end of the year and there still has been no formal hiring process as of yet.”

When Mr. Jellie was first hired, the minority was assured by the majority there would be a hiring process used to find a permanent city manager, Mr. Skamperle said.

“Now it seems the majority council is going back on their word and denying the city the opportunity to interview other viable candidates.” Mr. Skamperle said.

Councilors Kennedy and Powers each said they would not speak against Mr. Jellie, but wanted there to have been a search conducted.

Mr. Powers pointed out that Watertown had 29 candidates apply for its city manager position, which is ongoing. Ms. Kennedy noted without a search, council was denying people — including minorities and women — a chance to apply.

“I personally think we did not open this up to minorities because you are afraid of letting women speak,” Ms. Kennedy said, eliciting a long round of applause from the audience.

Do you approve of Stephen P. Jellie having been installed as permanent city manager in Ogdesnburg?

yes lets not forget the national search that brought Ogdensburg former City manager Art Sciorra (as I recall both under Councilors Powers and Skamperles watch) and brought the City of Watertown former Manager Rick Finn.

Skelly appears to have won his write-in campaign by a huge margin. There were 1,481 write-in votes cast for mayor.

“We need less administration more workers...get people out working, instead of just having a bunch of chiefs,” he said.

Elections have consequences... Og was full of major issues..that's why a write in candidate won by a landslide...

I'll bet they have a bigger turnout next time.

Skelly's main issue was personal. He fixed up an old building, made it worth more, so the city raised the assessment. Surprise, surprise.