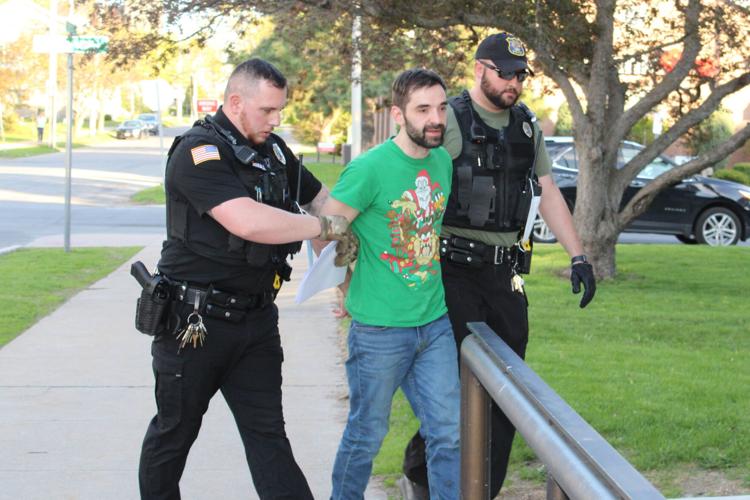 Ogdensburg patrolmen bring Trevor J. Samarco to his arraignment on charges of second-degree manslaughter in the death of his 11-month-old daughter, Amelia, on Wednesday evening at Ogdensburg City Court. Matt Curatolo/Johnson Newspapers 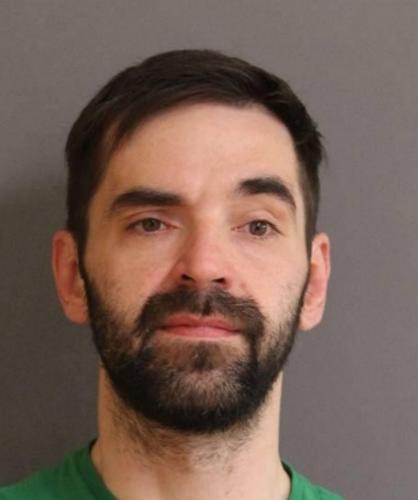 OGDENSBURG — The father of an 11-month old baby girl has been charged with causing her death.

Ogdensburg police charged Trevor J. Samarco, 34, of 423 Belmont Courts, with second-degree manslaughter, a class C felony, on Wednesday evening. The charge stems from an investigation into a report at 11:31 a.m. Wednesday of an unresponsive 11-month-old baby named Amelia at Samarco’s residence.

Lifesaving measures were performed upon the arrival of city police and fire department members and the Ogdensburg Volunteer Rescue Squad.

A news release from city police stated that “despite these efforts, the baby was pronounced deceased at Claxton-Hepburn Medical Center a short time later.”

Following an investigation by city police, Samarco was charged and arraigned in City Court before Judge Marcia L. LeMay at 7:22 p.m.

As he was being brought into Ogdensburg City Hall — City Court is on the second floor — Samarco said that city police were corrupt and “making me look bad by charging me with second-degree manslaughter.”

While in City Court, prior to the arrival of St. Lawrence County Public Defender James M. McGahan, Samarco addressed Judge LeMay, who told him not to say anything to her and that police could use anything he said against him.

“How I get second-degree manslaughter is beyond me,” Samarco said. “Your honor, I feel like it’s a ploy to make me look like a bad guy.”

He added that he asked police to take him in for a mental health evaluation and “they put me in shackles.”

“My daughter loved me more than anything in the world,” he told Judge LeMay.

As the arraignment proceeded, Judge LeMay read the charge stating that he “recklessly caused the death of another person.”

Mr. McGahan waived the reading of the charge and entered a not-guilty plea for Samarco. Judge LeMay appointed the Public Defender’s Office to represent Samarco.

Mr. McGahan asked the court to consider releasing Samarco on his own recognizance or to the supervision of probation. Mr. McGahan said that Samarco has lived at his current residence at Belmont Courts for four years and that he has family in the area including a son. The public defender also said that Samarco was experiencing some “mental health difficulties.”

A preliminary hearing is scheduled for 1 p.m. Monday in City Court. Judge LeMay also issued an order of protection for the deceased child’s mother.

City police said they were assisted in the investigation by the county Sheriff’s Office, District Attorney’s Office, Probation Department and Child Protective Services.

People who kill out of anger or hatred are bad. One who kills a child out of negligence is far worse. One entire future life is gone. Nothing less than a life in return should suffice.

Parents' failures to adequately supervise and protect children is a horrible thing. Why do we find it acceptable, not prosecutable, when a parent fails to protect their child from harming themselves of others with a gun?