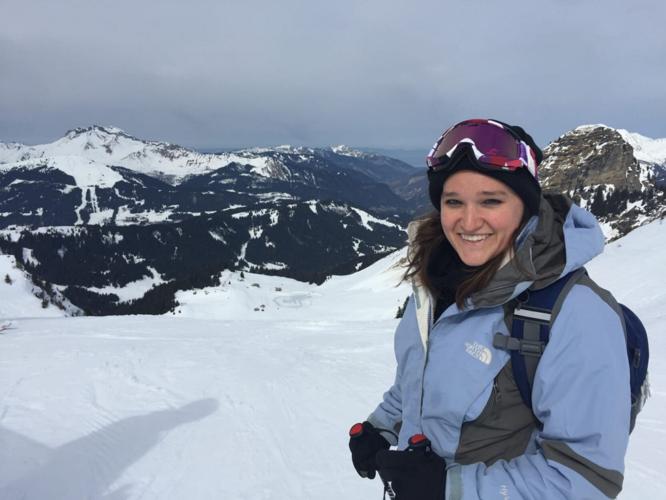 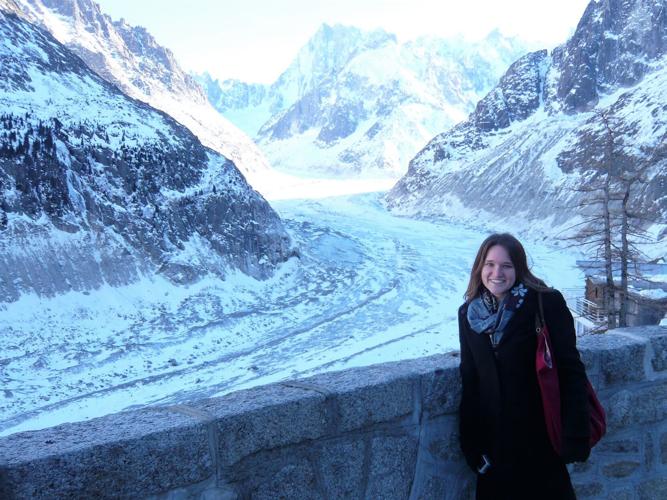 Courtney Smith, an Ogdensburg native now living in Lyon, France, is pictured in front of a glacier called the “Mer de Glace” or “Sea of Ice” in the French Alps near Mount Blanc, the tallest mountain peak in Europe. Provided photo

Courtney Smith, an Ogdensburg native now living in Lyon, France, is pictured in front of a glacier called the “Mer de Glace” or “Sea of Ice” in the French Alps near Mount Blanc, the tallest mountain peak in Europe. Provided photo

LYON, France — For more than a year, Ogdensburg native Courtney R. Smith has experienced lockdowns, mask mandates, travel restrictions, curfews and even faced fines as the French government enacted its plan to control the spread of COVID-19, the virus that has gripped the world in fear and uncertainty since the spring 2020.

Smith, a 2004 graduate of Ogdensburg Free Academy, has lived in the French Alps from 2008-2016 and has since resided in Lyon, the capital city of France’s Auvergne-Rhone-Alps region that boasts over 500,000 people. She moved to France after being accepted as an English teaching assistant in France in 2008 and has been there ever since teaching English at elementary schools, worked as a hotel receptionist, a translator and now works for a company in the HVAC industry.

Being away from her family has been hard, according to Smith, but she has been visited by her parents, Ogdensburg residents Jeff and Kasey Smith, and she has used technology to bridge the more than 3,700 miles between Lyon and Ogdensburg.

While Zoom or other virtual meetings have become the new normal for communication due to COVID-19, technology has been used for years by Smith and her family to stay close in contact.

“The rest of the world is just discovering how to celebrate holidays and life events when you can’t be together, but my family has had years of practice when it comes to video chatting – they’re pros at celebrating together even when we’re physically apart,” said Smith, adding that since 2008, she has celebrated with her family in-person for just one Thanksgiving, one Christmas, and one birthday.

One of the most frustrating parts of this whole COVID-19 situation was the not-knowing and being unable to plan, according to Smith.

Plans for a summer trip to celebrate her father’s retirement this past March, her 35th birthday and her sister, Brittany’s 30th birthday are now on hold until the pandemic improves.

“I haven’t seen my dad or my sister in person since March 2019 when I came home on a quick six-day trip for my dad’s 60th birthday,” said Smith, “Luckily my mom came here for a visit in December 2019 just before the pandemic took off. Who knows when we’ll be able to see each other again.”

France reacted quicker than the U.S. in recognizing COVID-19 to be the dangerous virus it was. Smith said their first lockdown, what the French called “confinement,” went into effect nationwide on March 17, 2020 and lasted until May 10. Much like many parts of the U.S., France shut everything down with those only deemed “essential workers” being allowed to go to work.

“Everyone else either worked from home if possible, or were put on what was called ‘partial unemployment.’ Schools and day-cares closed, except in certain cases for the children of healthcare workers,” she said.

For Smith and others in France, lockdown meant that you could only leave home for a select list of approved reasons such as going to work if your physical presence is considered essential for business, medical-related matters or child-care among others. Brief outings, limited to one hour per day and within a maximum radius of one kilometer or .62 miles around the home related to physical activities, walks with people in the same household or the walking of pets were allowed.

“When you did leave home, you had to fill out an authorization form provided by the government, checking the box that corresponded to the reason you were outside of your home,” she said. Any person found in violation of the lockdown could be fined 135 euros or $145.

During the lockdown, Smith said she would only leave her apartment about once a week because everyone was told to stay home as much as possible and so little was known about the virus. She worked full-time through teleworking during the lockdown so she was able to stay home. “It was the early stages of the pandemic and not much was known about the virus and how it was contracted,” said Smith, “Simply put, it was scary outside.”

At the end of the first lockdown, Smith said restrictions remained in place with travel being limited to 100 kilometers or 62 miles from home. In June of 2020, the travel restriction was removed and certain establishments were allowed to reopen, including schools, restaurants, bars and movie theaters.

Then between July and August of 2020, masks became mandatory nationwide in all enclosed public spaces. In September, the mandate spread to the workplace and included middle and high school students and later all children, 6-years-old or older. Anyone violating the mask mandate could be fined 135 euros.

Besides lockdowns and mask mandates, French residents were also facing new restrictions that did not occur in the U.S. — curfews.

Smith said in the beginning of October, a curfew was put into place from 9 p.m. to 6 a.m. on a regional level, based on which areas had attained a critical level. It was then followed by a second lockdown from Oct. 30-Dec. 15 with less severe restrictions. For instance, schools remained open and many businesses that had previously been shut down were allowed to open, according to Smith.

At the end of the second lockdown in December, the curfew returned nationwide beginning at 8 p.m. Due to the different variants of COVID-19 which have been shown to be highly contagious, France moved the curfew up to 6 p.m. in mid-January.

This past March, certain regions that had reached a critical level were again put under a third lockdown. At first, the lockdown was only during the weekends but later the lockdown became seven days a week, according to Smith. In non-lockdown regions, the restrictions were somewhat loosened — curfew would start at 7 p.m. instead of 6 p.m. If you are outside after curfew without an authorization form, you could be fined 135 euros.

During the second lockdown she tried to go outside more often. However, when the 6 p.m. curfew began, getting outside during the work week was more challenging due to a 40-50 minute car commute.

“On days when I’m at the office, I have to go straight home, making sure I have the necessary authorization forms for being out after curfew. On days when I work from home I only have 30 minutes free to go outside at the end of the day. Usually I just go for a walk to get a little bit of exercise, but sometimes I have to run to get to the bank or the pharmacy or the grocery store and then get back home in under 30 minutes,” she said.

Due to the curfew, most of her grocery shopping has to be done during a lunch break, which for her is an hour and 10 minutes or on Saturdays because many shops are closed or close early on Sundays. Luckily, the curfew was extended to 7 p.m. in March, so it was easier to make runs to the stores and be outside, she added.

Another nation-wide lockdown in April was less strict than the previous ones with no restrictions as long you stay within a 10-kilometer radius from your home and your not in a group of over six people. The curfew remained.

France is currently in the middle of a four-step “deconfinement” process — called “Reopening Strategy,” according to official French government communications.

On May 3, there were no more travel limitation, meaning that people can go more than 10 km away from their home with an authorization form. The curfew remained at 7 p.m.

On May 19, the curfew was moved to 9 p.m. an all non-essential businesses were allowed to reopen but with limited capacity.

Smith’s path to living in France is an interesting one, one that was ultimately born in the classrooms at OFA where she learned to speak French. Graduating from Nazareth College in 2008 with a Bachelor’s Degree in Modern Foreign Languages, Smith was accepted into the Fulbright Program as an English teaching assistant in France.

After teaching English in elementary schools in the French Alps for two years, Smith worked six years as a hotel receptionist. Receiving her permanent resident card allowed her to explore other career options and she interned as an English and French teaching assistant in a high school in Italy, worked briefly as a translator back in France and now works for the purchasing and product development departments of a French company in the HVAC industry.

“I consider myself lucky to be able to have this experience, especially knowing that there are people who have never had the opportunity to leave the North Country. It has made me more open-minded. It has given me a chance to use my degree every moment of every day,” said Smith.

She credits the OFA language department with their encouragement and support for helping her with the transition to living in and feeling comfortable in France.