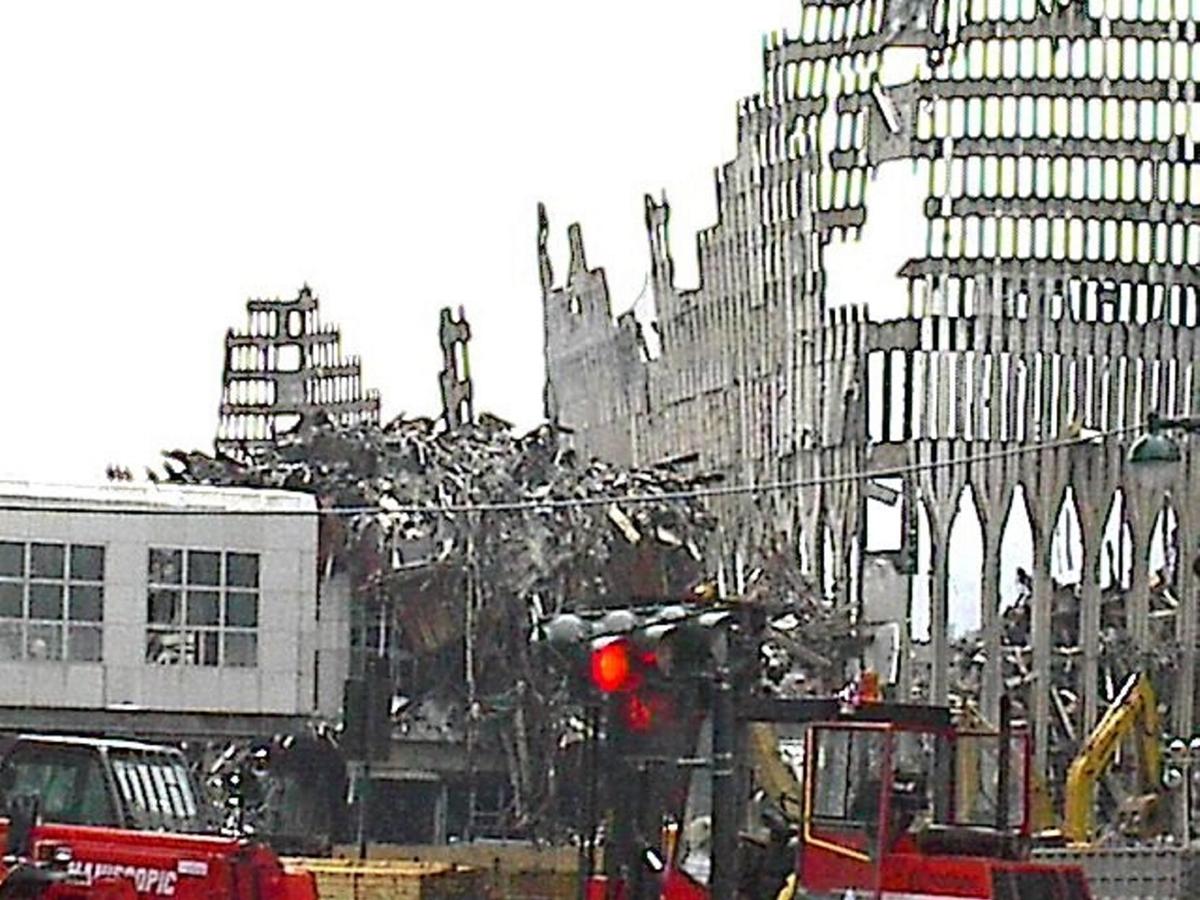 Ogdensburg Volunteer Rescue Squad (OVRS) members took this photo of the aftermath of the 9-11 terrorist attacks when they went to help in New York City. Photo provided by the OVRS 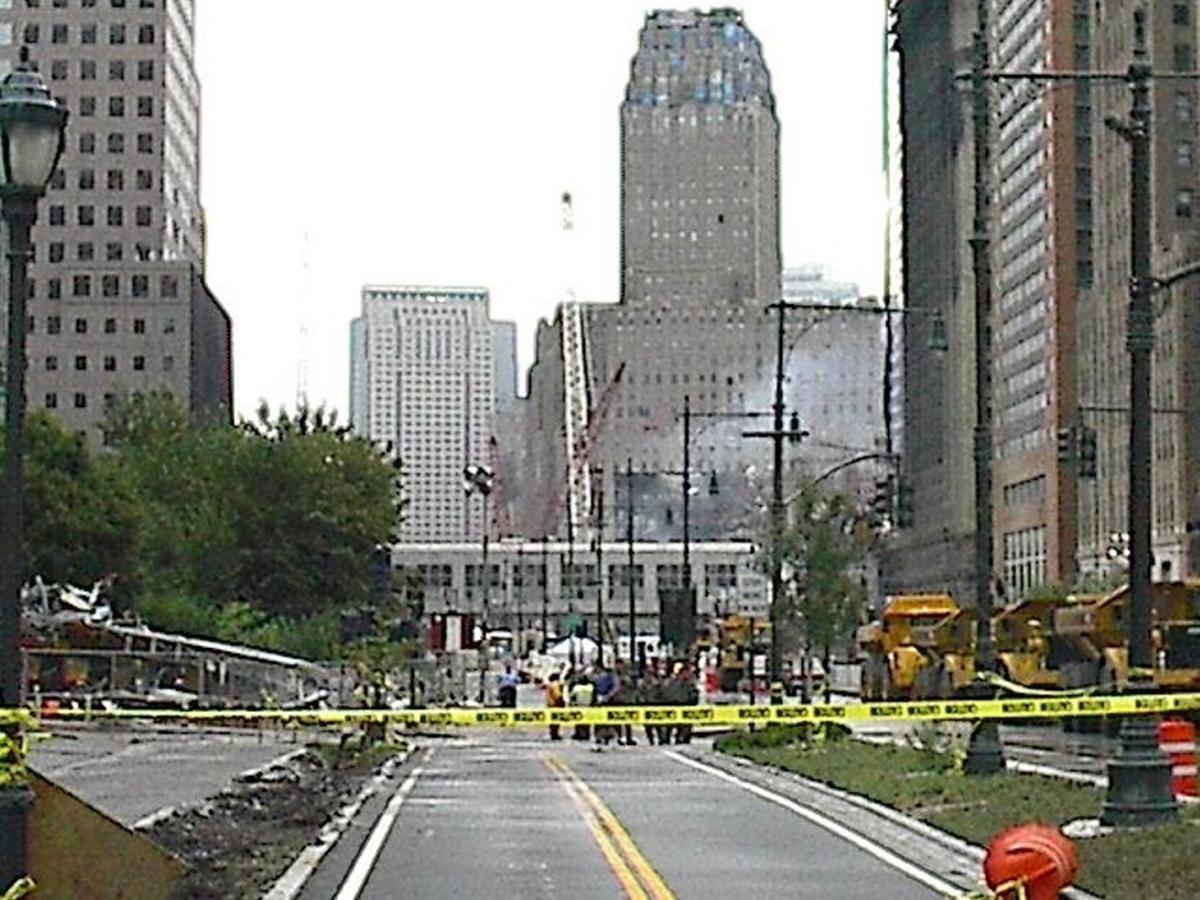 A scene from New York City after the 9-11 terrorist attack. Photo provided by the OVRS 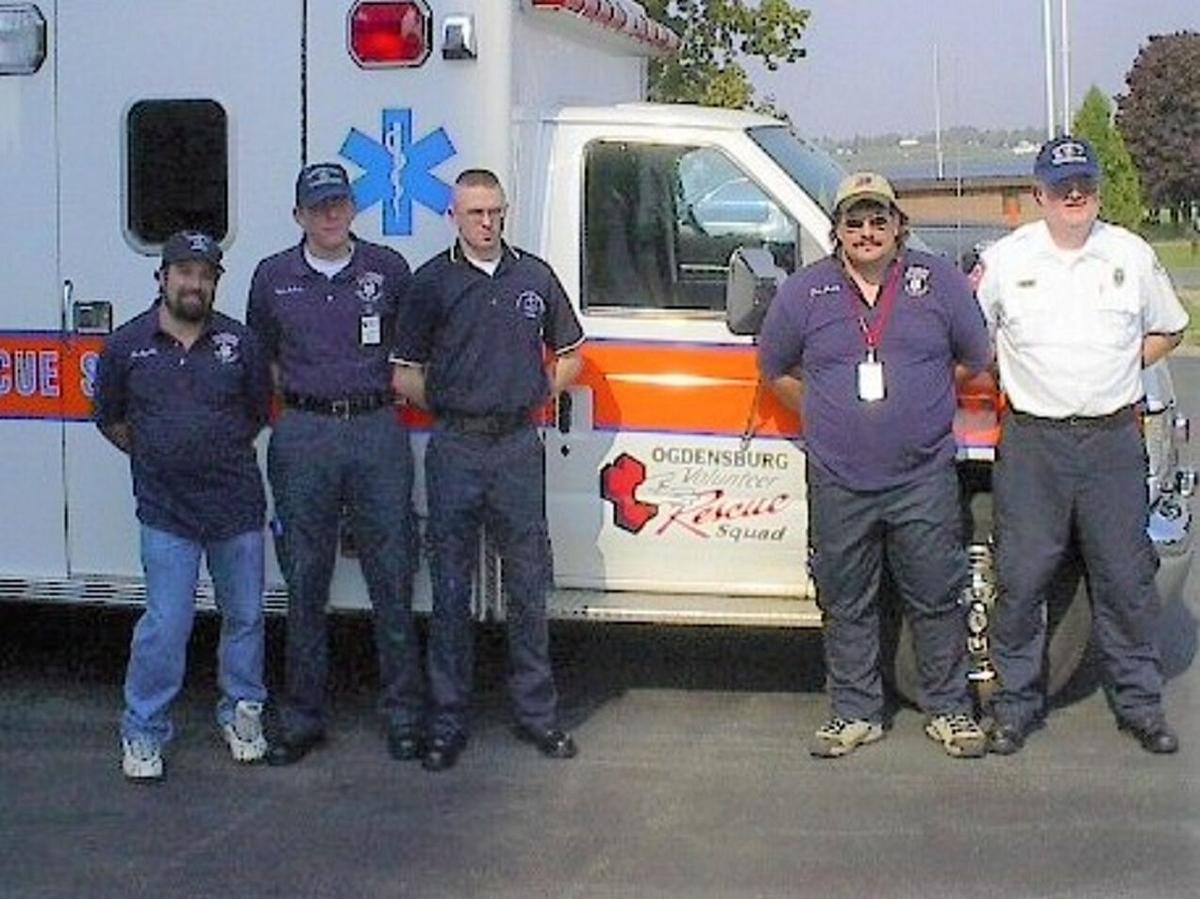 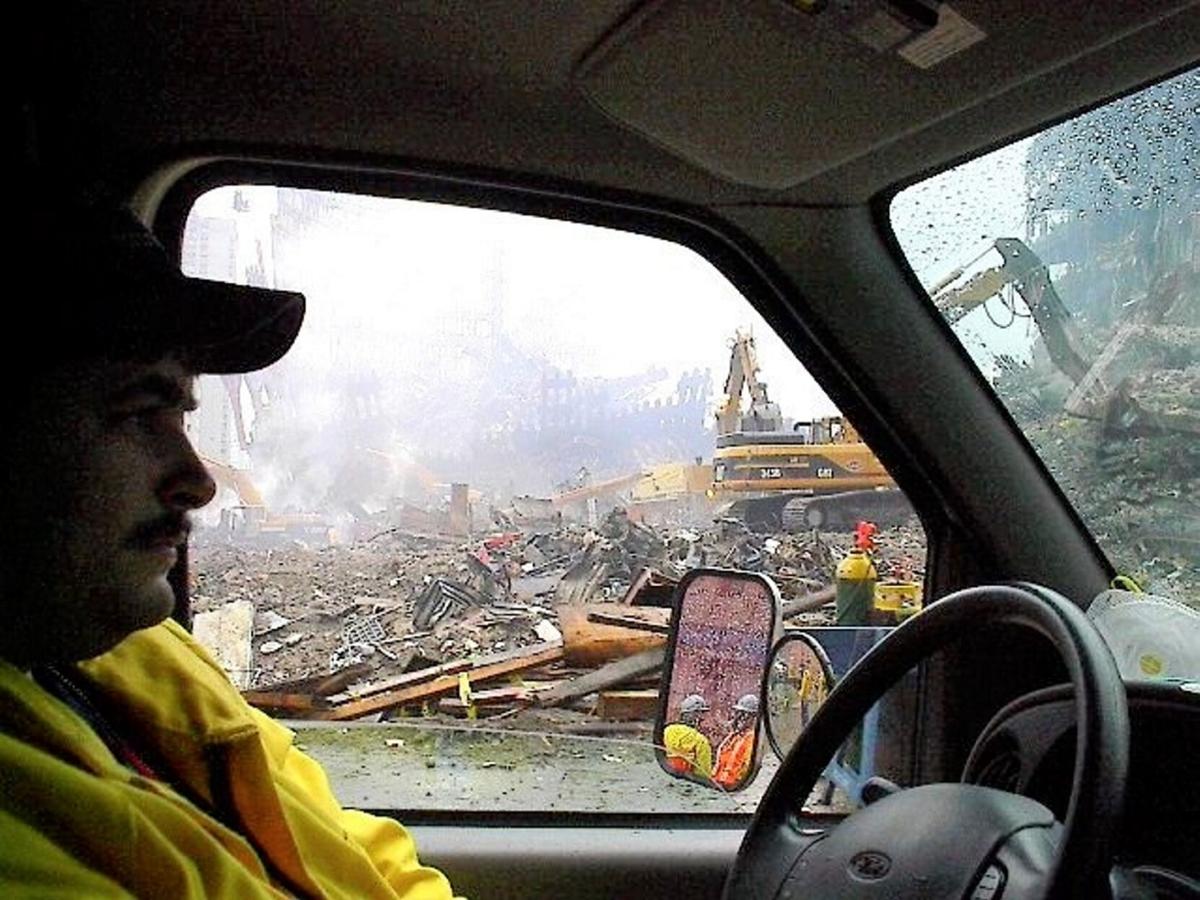 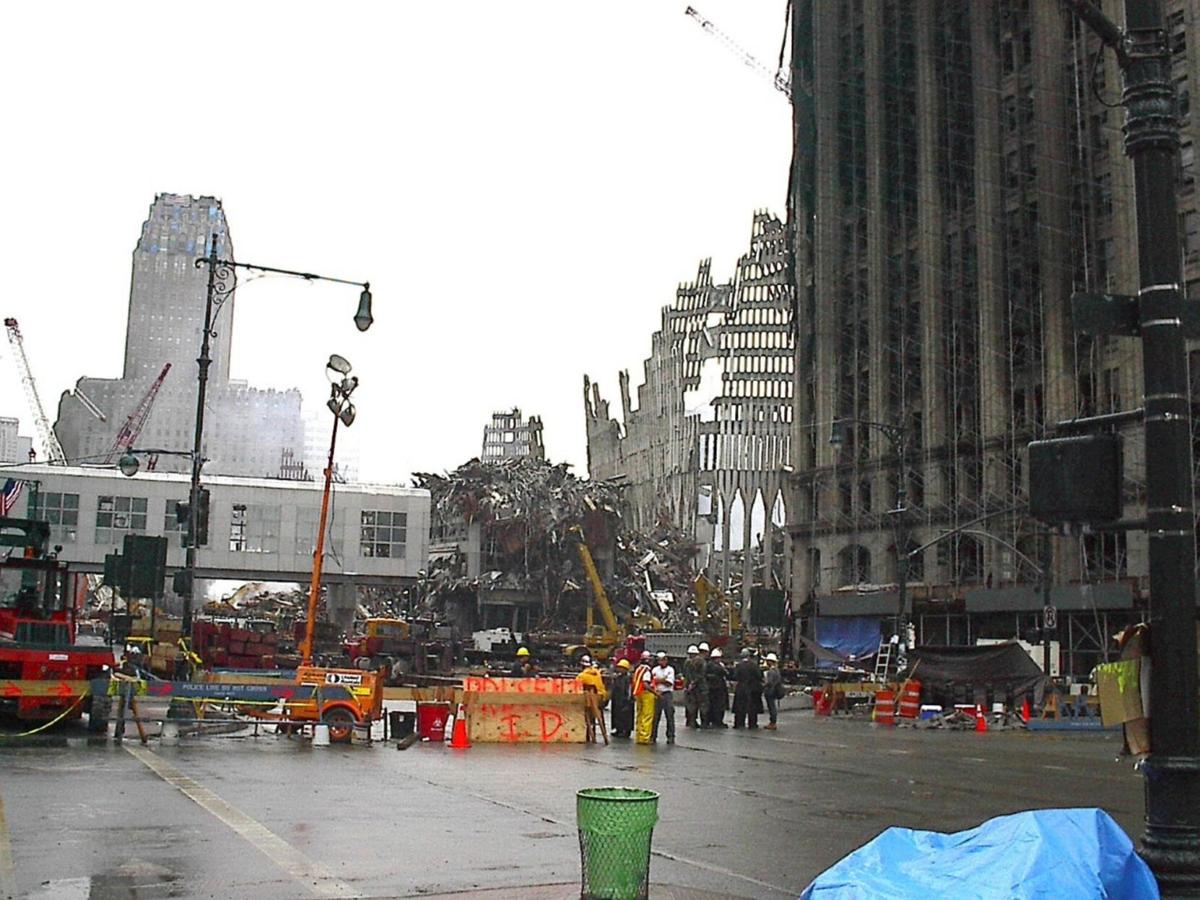 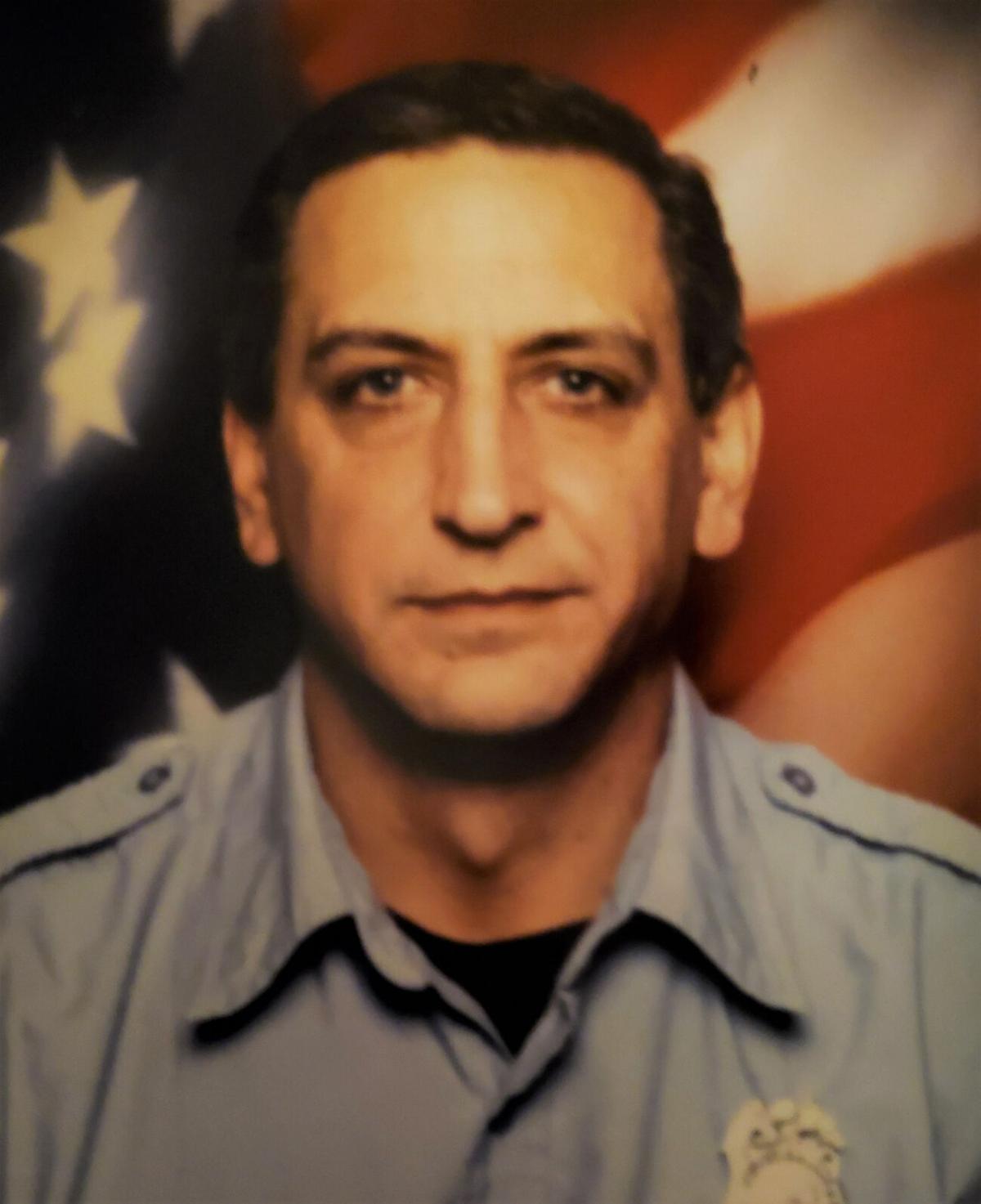 Ogdensburg Volunteer Rescue Squad (OVRS) members took this photo of the aftermath of the 9-11 terrorist attacks when they went to help in New York City. Photo provided by the OVRS

A scene from New York City after the 9-11 terrorist attack. Photo provided by the OVRS

OGDENSBURG — Saturday will mark the 20th anniversary of the al-Qaeda terrorist attacks on New York City and the Pentagon, a horrific event that killed 2,977 people from 93 nations.

The morning of Sept. 11, 2001, now often referred to as “9/11,” is etched into the memories of those old enough to remember. For some, they remember watching on television the hijacked airplanes crashing into the upper floors of the north and south towers of the World Trade Center complex.

Those were followed by the third plane striking the Pentagon in Arlington, Va.

When the Twin Towers collapsed from the plane collisions and ensuing fires, the area was flooded with a cloud of dust and debris. Images of people running from the World Trade Center site were routinely in newspapers and on television reports.

Passengers on a fourth hijacked plane, Flight 93, fought back against its hijackers and crashed the plane in an empty field in western Pennsylvania.

The collapse of the World Trade Center towers left the site devastated and thousands of volunteers went to what was then called “Ground Zero” to help with rescue, recovery and clean-up efforts.

The days following 9/11, a six-man crew from the Ogdensburg Volunteer Rescue Squad (OVRS) made the trek to assist in efforts amidst the destruction at Ground Zero. The OVRS joined other six-man EMS crews from Canton, Potsdam and Tri-Town. It was the first mobilization of a state-wide EMS mutual aid plan instituted after the Ice Storm of 1998.

Their time in New York City was short, 24 hours, and they split into two crews and worked 12-hour shifts, according to Cilley.

At Ground Zero, the OVRS crew was there in case they were needed. They mostly talked to a lot of first responders who had been there, many had been there from the beginning.

“It was pretty sobering. I think people down there — we were down there a couple days after — were still pretty much in shock,” said Cilley, “Of course, everyone was tired, just exhausted. They had been working real hard. They were very grateful for the assistance but there wasn’t a lot we could do.”

They were provided sleeping quarters on the U.S.S. Comfort. However, Cilley said they didn’t sleep much during their time in New York City.

While the scenes on television of the wreckage from the towers was horrific, Cilley said that it couldn’t compare to seeing it with your own eyes.

“It was much worse in person,” Cilley recalled.

Cilley, a retired educator with the Ogdensburg City School District, can vividly recall where he was on 9/11. Then a full-time driver’s education teacher at Ogdensburg Free Academy, Cilley was on a planning period when Mary Edwards told him a plane had hit the World Trade Center.

“I walked in the teacher’s room and turned the TV on in time to see the second one drill right straight through. It was quite a sobering experience. When you got down there you just couldn’t imagine the destruction. It was more than just the two towers,” he said.

Cilley said it was “eerie” seeing a place known for its heavy traffic and crowds of people to drive down empty streets, devoid of vehicles except for first responder vehicles draped with U.S. flags and heavy equipment hauling away debris.

“We had pretty much free run of the city,” he said.

At the World Trade Center, a total of 343 firefighters died in the attacks, 23 New York City police officers and 37 Port Authority police officers who were struggling to complete an evacuation of the buildings and save the office workers trapped on higher floors also perished.

“I think the thing that really struck me and most of us, was the number of fireman and first responders that were lost. New York City lost more fireman in one day than Syracuse and Rochester have on their staff,” said Cilley.

On Nov. 18, 2001, then New York City Mayor Rudolph W. Giuliani and Fire Commissioner Thomas Von Essen and unions representing New York City firefighters announced plans for a memorial service at Madison Square Garden for the 343 members of the FDNY who were lost in the attacks.

“On September 11th the New York City Fire Department met the worst of humanity with the best of humanity,” Mayor Giuliani said in a statement announcing the memorial. “This memorial will celebrate the lives and dedication of our firefighters who were lost while saving others. Thousands of firefighters and rescue workers from around the country and around the world will join us in a procession to honor our fallen ‘Bravest’ and show their support for our City and our Fire Department.”

Gerald Mack, a retired captain with the Ogdensburg Fire Department, was the lone member of the department to travel to New York City and take part in the massive ceremony memorializing the fallen FDNY firefighters.

He was a firefighter with just four years of experience when he had turned the television on while eating breakfast when he saw the events of 9-11 unfold. Honoring his fellow firefighters lost in the attacks was the main reason why he went on his own.

“I decided to make the trip on my own and take part in the ceremony,” said Mack.

When Mack got to New York City, the spectacle of thousands of firefighters from across the United States and from foreign countries is something that was hard for him to describe in words and something he would hopefully never see again because it would mean another tragedy had occurred.

“There were tens of thousands of firemen from around the world. It was absolutely overwhelming as you can imagine. Everywhere you went there were fireman after fireman, everyone was wearing their Class A uniforms as far as you can see,” said Mack.

“The city itself was throwing a big welcoming party for all the firefighters,” said Mack, “Everywhere you went you were shown the respect that we were showing the 343 guys that were killed.”

On a huge jumbo-tron outside of Madison Square Garden, the screen went through the names of all 343 firefighters who had lost their lives.

“I remember standing outside Madison Square Garden and it was not good weather, it was raining and cool,” recalled Mack, “I doubt you will ever see the coming together of the brotherhood that you saw that day.”

And it wasn’t just firefighters who were gathered there. Mack stated that were thousands of police officers and EMS workers gather as well.

“I was in awe,” he said. “It’s almost beyond words as far as what it looked like standing in the middle of thousands and thousands of first responders. It is something that I will never forget being a part of.”