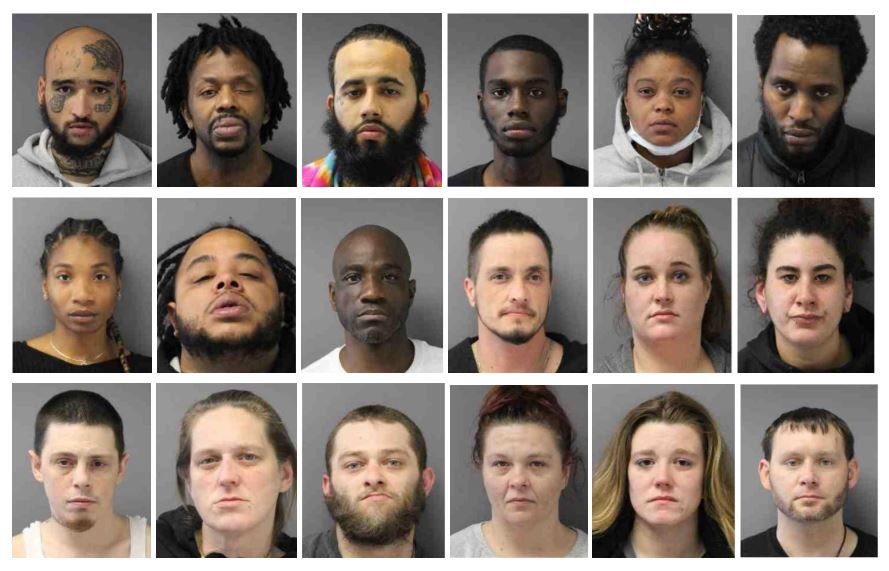 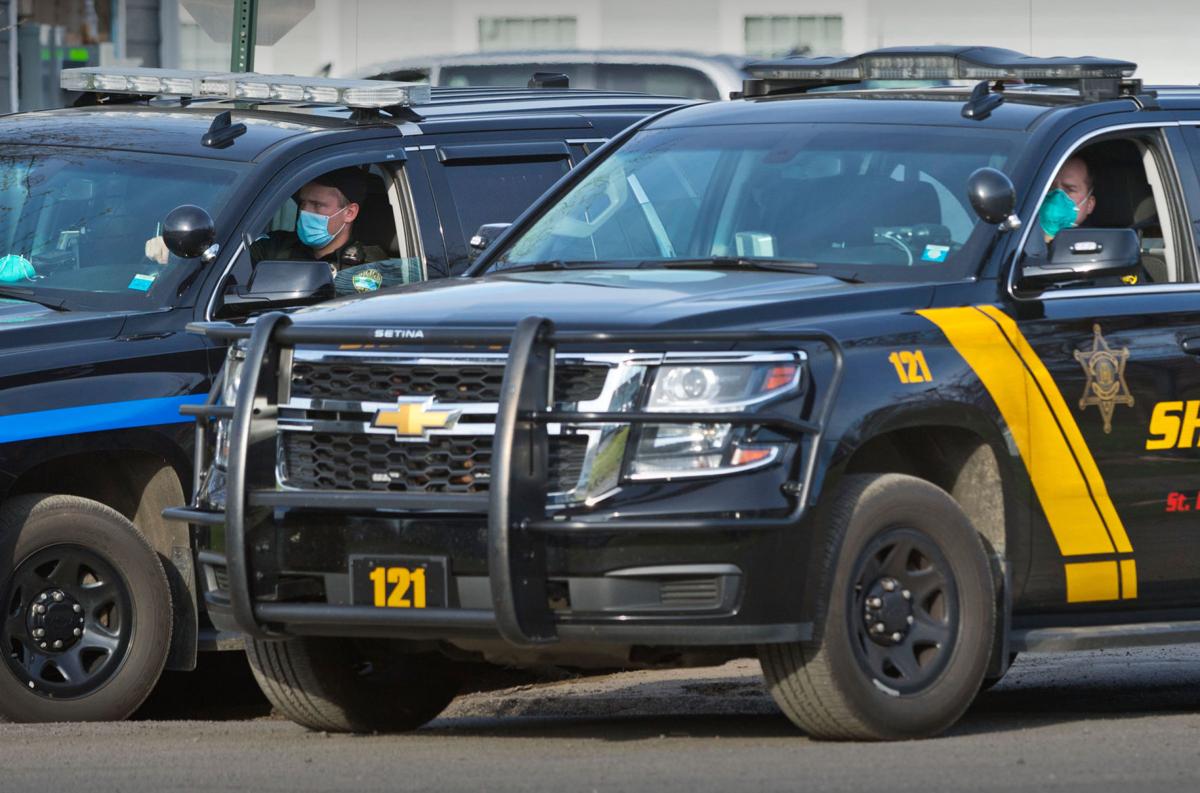 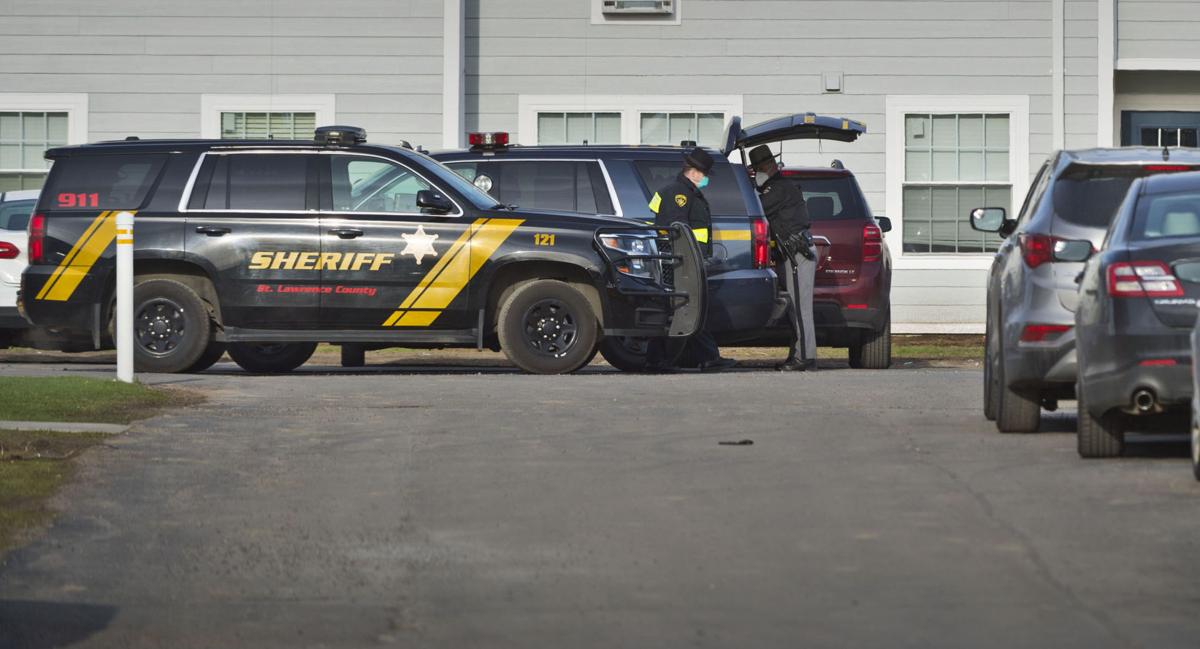 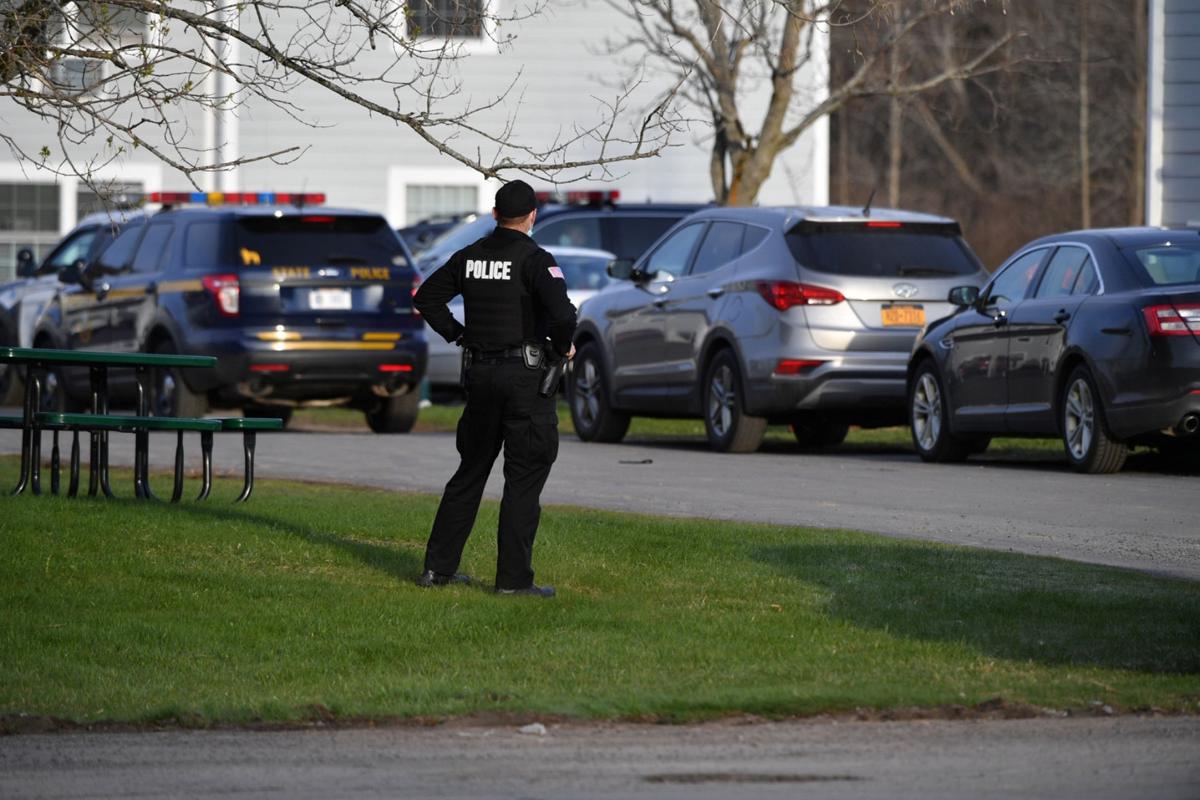 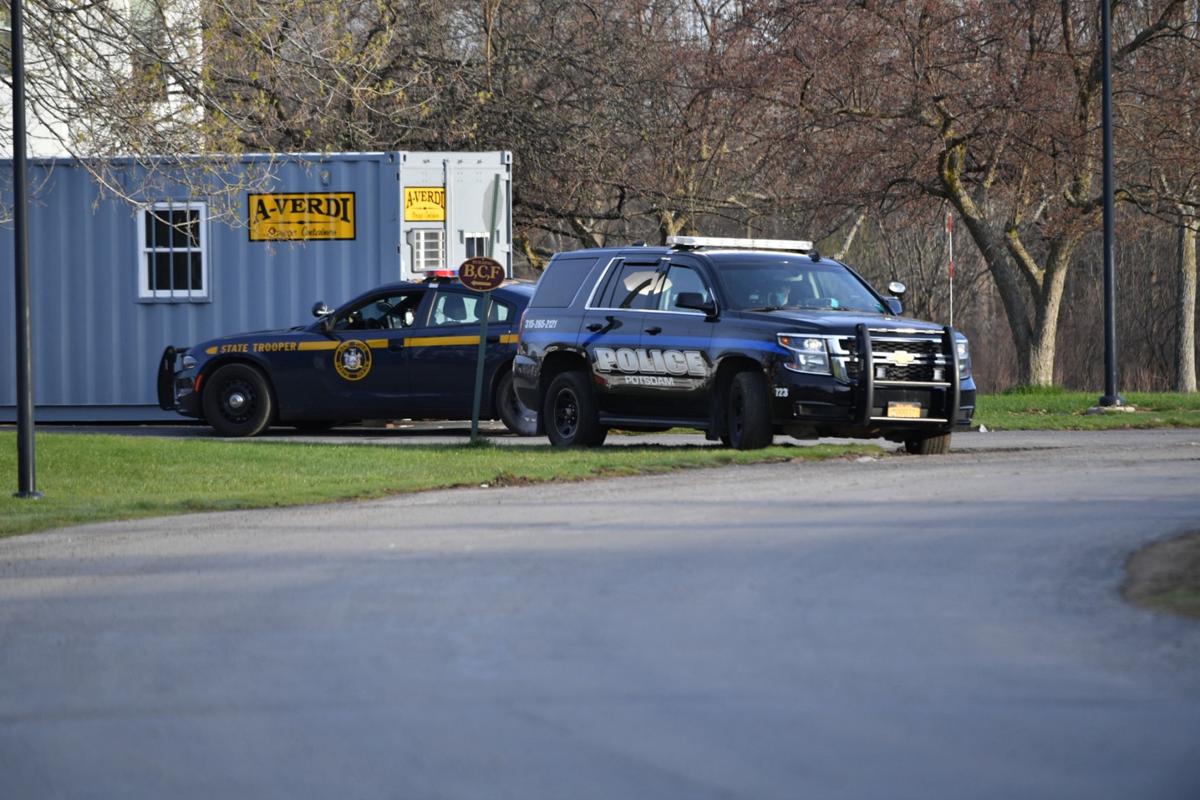 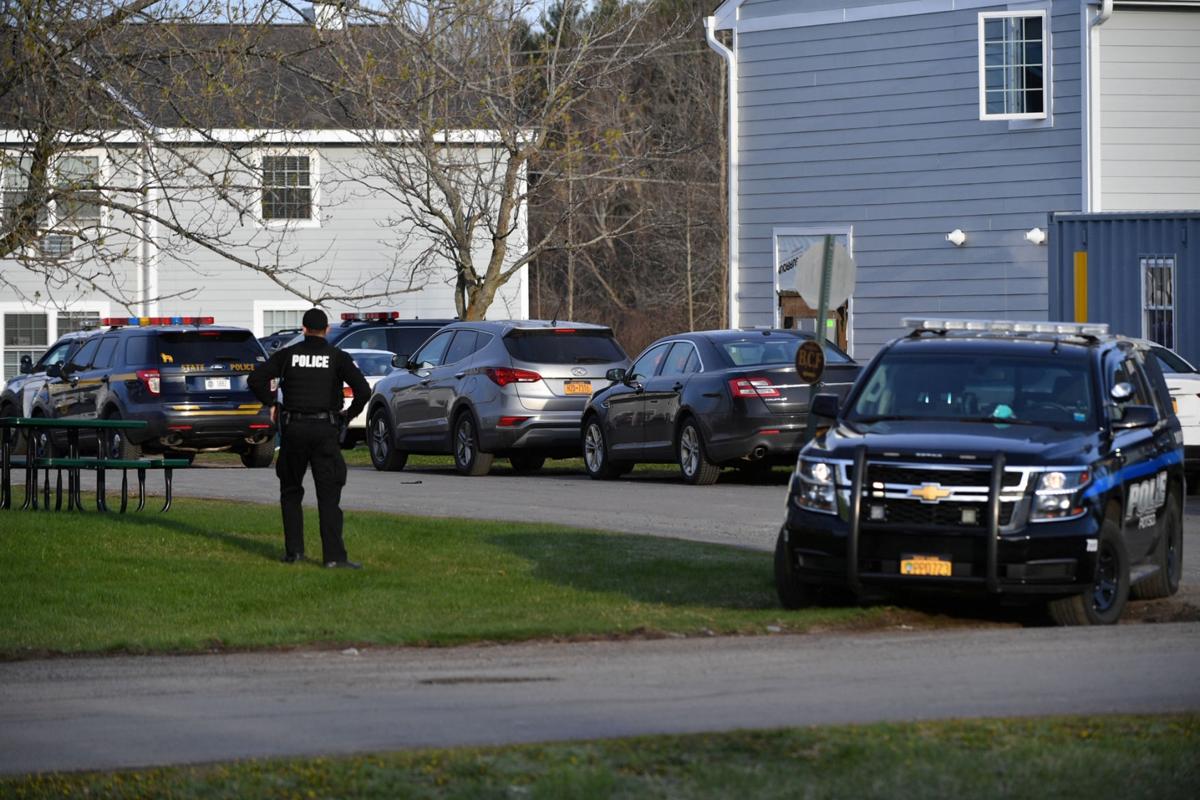 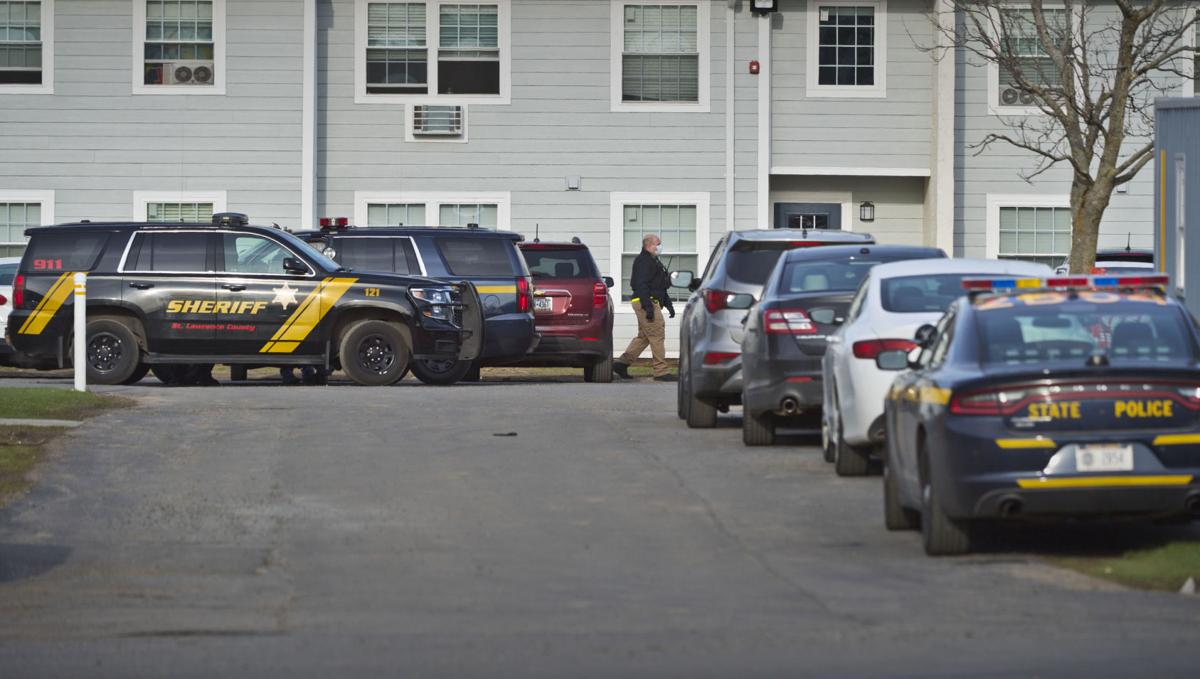 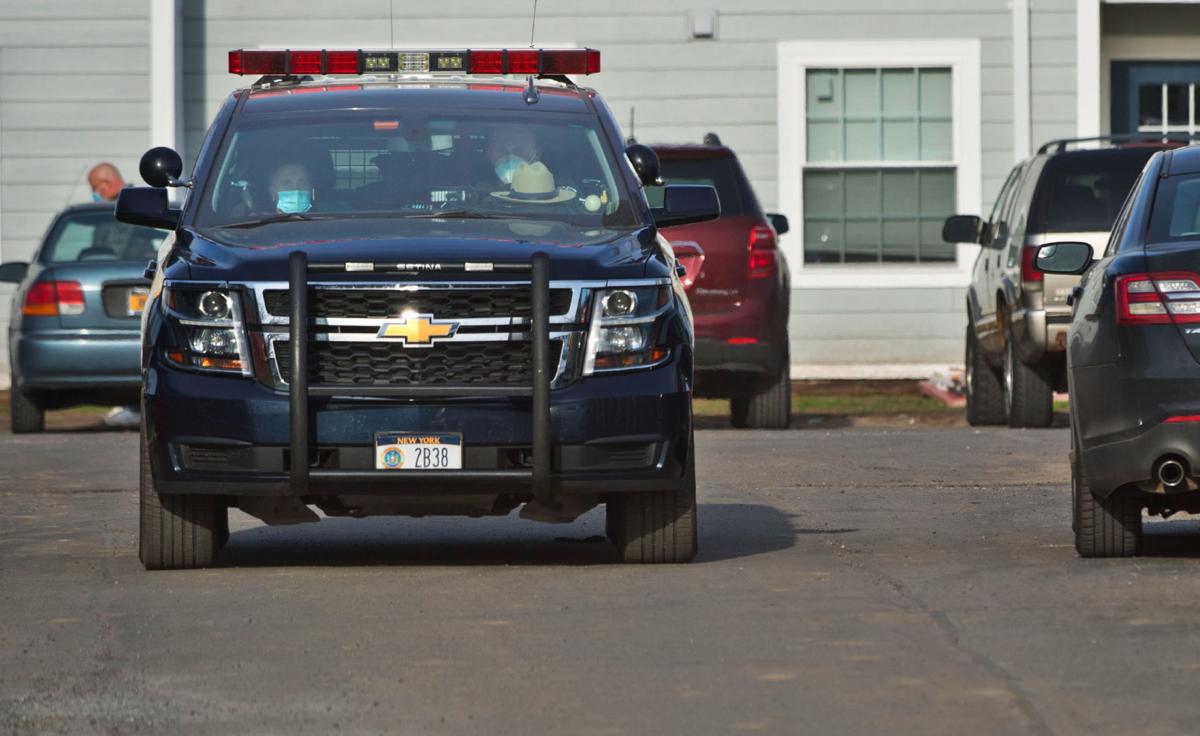 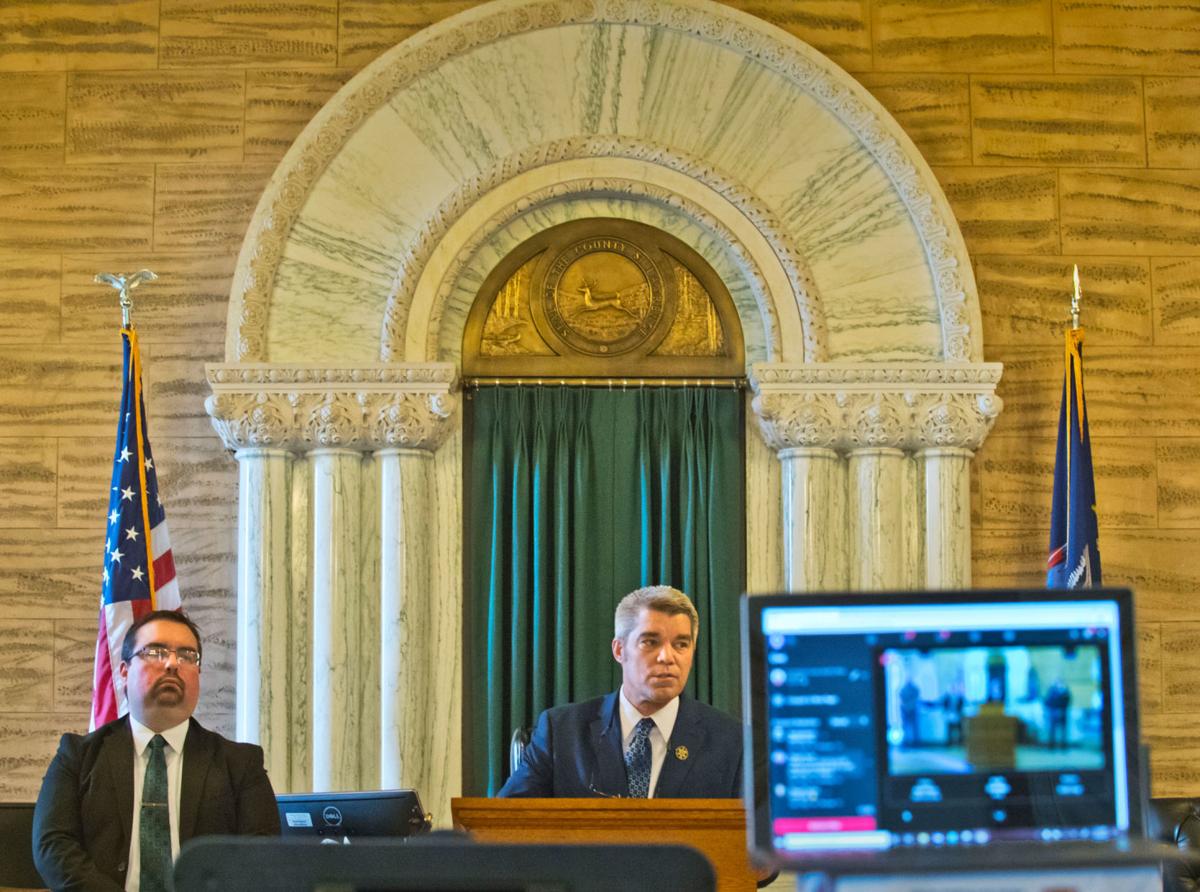 CANTON — After a five- to six-months long, cross-jurisdictional drug trafficking investigation code-named Operation Drop, 18 arrests were made Wednesday morning, 17 individuals in St. Lawrence County and one in Jefferson County.

Beginning before 5 a.m., eight search warrants were executed simultaneously at different locations: two in Potsdam, two in Massena, one in Gouverneur, two in Ogdensburg and one in Watertown. Nine of those arrested, all from New Jersey, are affiliated with a Jersey City criminal organization, ST8 Drop, known to traffick crack cocaine, powder cocaine and heroine laced with fentanyl, and linked to members of the New Jersey Bloods.

The ongoing investigation has involved covert surveillance aimed at rooting out heroin, fentanyl and cocaine dealers operating in St. Lawrence County and surrounding areas, as well as New Jersey-area trafficking organizations, according to the St. Lawrence County Sheriff’s Office.

“In today’s new and ever-changing world, it is egregious and reckless to think that drug organizations would deal their illicit product during a public health crisis,” Mr. Kelly, who traveled to Canton from Buffalo, said during a news conference Wednesday afternoon at the St. Lawrence County Courthouse. “Not only did this drug organization, ST8 Drop, or Straight Drop, capitalize on this crisis, they operated with virtual impunity during it — or so they thought.”

All from Jersey City, the following defendants were each arrested on the class A felony charge, operating as a major trafficker: Keith Rodriguez, 42; Amir Hodges, 36; Allen Pinkney, 40; Vernal Ransom, 50; Moussa Diop, 20; Arthur Agaman, 24; and Justin Martin, 32.

Law enforcement personnel, several donning masks to mitigate the spread of COVID-19, were on scene around 6 a.m. at the Lawrence Avenue Apartments, Debra Drive, Potsdam, leaving shortly before 8 a.m.

Officers, about a dozen law enforcement vehicles and a helicopter were also reported around 4:30 a.m. on Depot Street in Potsdam.

A June 2019 report compiled by the St. Lawrence County Partners 4 Substance Use Prevention and the Fort Drum Regional Health Planning Organization outlines opioid hospitalization and overdose data, which has been collected for St. Lawrence County since 2001.

Based on what the report calls “Key Informant Interviews,” informants asked interviewers for clarification about questions related to how local residents obtain opioids — Heroin or prescription drugs? Illegal or legal drugs?

To “obtain opioids” was then clarified to mean any acquisition, legal or illegal, of all drugs classified as opioids, including heroin, codeine, methadone, oxycodone, fentanyl and buprenorphine.

The movement of illicit drugs across more than 300 miles from New Jersey to the north country is a major ongoing issue, according to Mr. Bigwarfe and St. Lawrence County District Attorney Gary M. Pasqua, who said one entity alone does not have the “man power” to facilitate a large-scale investigation like Operation Drop.

Though inter-agency cooperation was key, the other major player leading to Operation Drop’s relative success was timing, Mr. Pasqua said.

If investigators were only able to charge the New Jersey traffickers with lesser offenses and unable to charge them with the major trafficking class A felony, the state’s bail statute would prompt their release.

“These types of individuals are the ones we need to keep incarcerated, that aren’t from the area and are only here to deal drugs,” Mr. Pasqua said.

The nine Jersey City defendants, as well as Ms. Weegar, were scheduled for arraignments before Ogdensburg City Court Judge Gary R. Alford at 5 p.m. Wednesday. Shortly before 8 p.m., arraignments had been completed, according to the district attorney’s office, with the seven defendants charged with major trafficking remanded to county jail without bail.

Ms. Wilson was released under probation supervision, and Ms. Weegar was released on her own recognizance, each to face drug charges at a later date.

“We will continue our investigative efforts to dismantle the conspiracy of bad actors outside the state of New York as well,” Mr. Kelly said. “I also want to assure the public that those who exploit and victimize people during this unique time of crisis will be held accountable for their actions and be brought to justice no matter what the crime.”

When the COVID-19 pandemic gained traction in the north country and the first cases of the respiratory disease were reported in St. Lawrence County in March, law enforcement remained “behind the scenes,” as ST8 Drop affiliates “didn’t stop, they escalated actually,” Mr. Bigwarfe said.

“They took advantage of the situation thinking that law enforcement wouldn’t really be doing a whole lot out there, which is the farthest from the truth,” Mr. Bigwarfe said. “We ramped up our investigation as they ramped up.”

Mr. Bigwarfe noted that the “best” time to conduct multiple drug arrests is admittedly not during a public health crisis when social distancing measures are in place to protect communities.

But because of how ST8 Drop operations had “escalated” in recent weeks, he said, investigators determined now was the time to act to decrease potential public safety risks associated with the recovered drugs and supplies.

Investigators anticipate additional arrests in the coming days and weeks as the investigation is ongoing.

“This is not an end to this story,” Mr. Pasqua said.

I love how the police will Don a mask to arrest drug dealers. But coming into my store that I work out every day there are no face coverings whatsoever. Gotta look good for the media right? Absolutely ridiculous and hypocritical.

You let them in with no mask! If it's true!

Some work undercover, don’t want bad guys to recognize them..