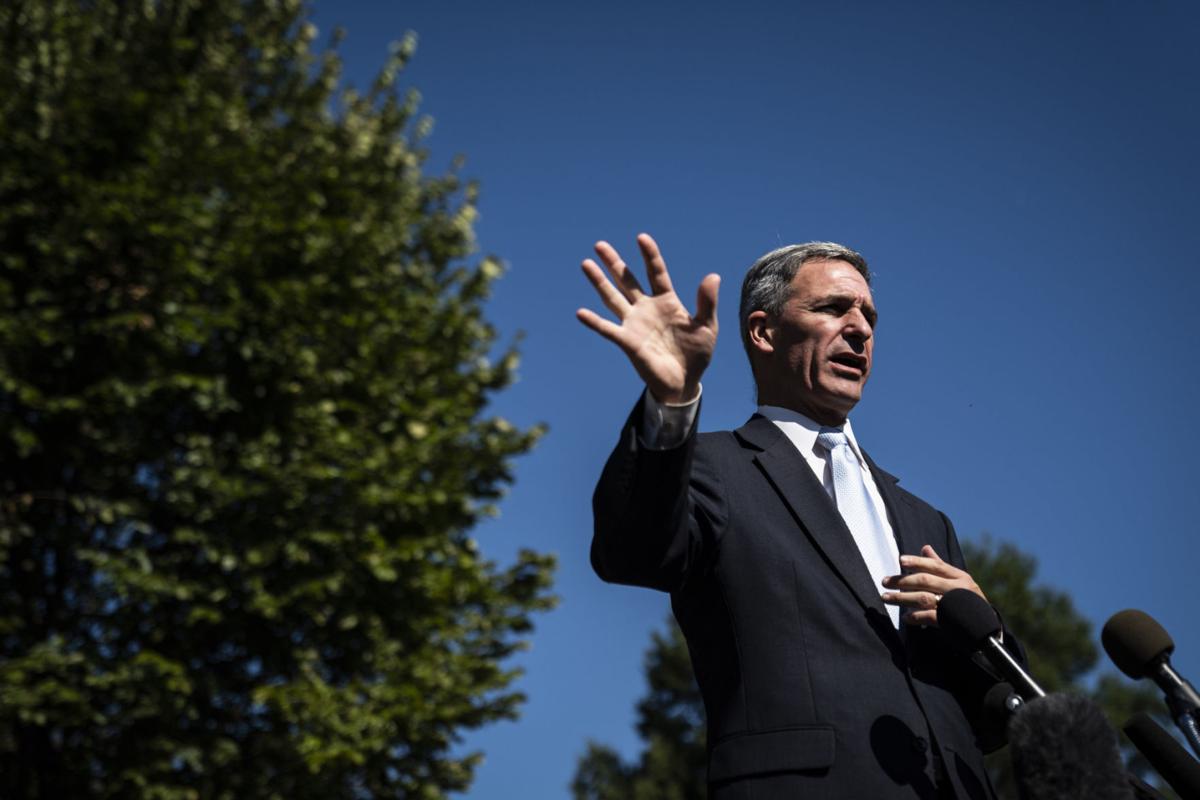 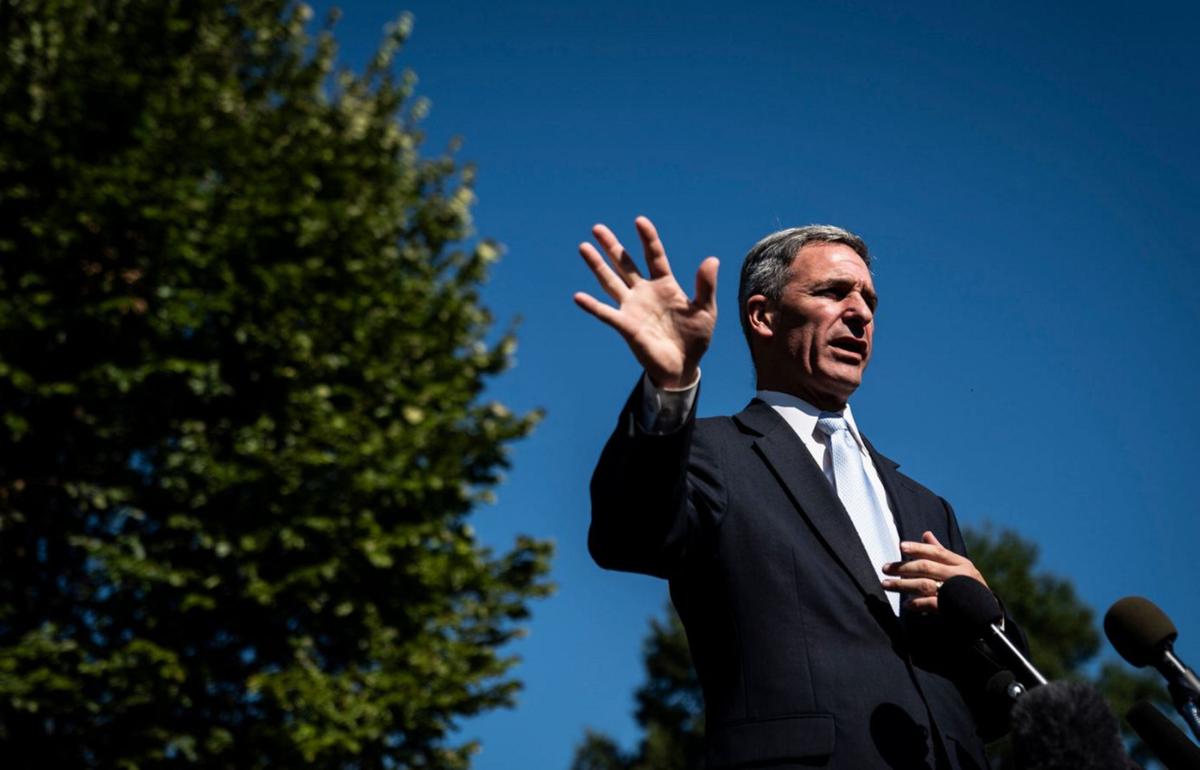 Francis Sengabo’s office door is like a pendulum, swinging open and closed constantly throughout the day as immigrants and refugees filter in with questions about everything from their visa or green card applications to English classes to the bus pickup schedule.

Should programs such as SNAP affect someone's immigration status?

Recently, though, the operations director of Albany’s Refugee and Immigrant Support Services of Emmaus started fielding a new question: “Will leaving my kid in child care hurt my visa application?”

“People were afraid to go to work and put their kids in child care because of the new public charge rule,” Sengabo said.

Panic has been spreading in immigrant communities nationwide since talks about tightening public charge standards, thus obstructing more immigrants’ pathways to permanent legal status or citizenship, began a year ago. With the Oct. 15 implementation of the Final Rule fast-approaching, there has been a drastic drop in public benefits enrollment among immigrants. Attorneys general are filing lawsuits across the country to put an injunction on the rule while advocates are scrambling to dispel misunderstandings about the policy change to avoid what could become a public health crisis within immigrant communities.

In addition, the White House continued to focus on stricter immigration enforcement determined by public benefits use with a presidential proclamation Friday that would bar immigrants who cannot prove they can afford health care from entering the U.S.

“If families are backing off of these programs that they might need because of fear of jeopardizing their immigration status, they’re not getting these critical services they need to thrive or feed their families or go to the doctor,” said Dulce Gonzalez, a research analyst at the Health Policy Center of the Urban Institute who studied the impact of the public charge rule.

“It’s not just affecting families in the short term,” she continued. “In the long term, you have a spillover effect into other communities.”

He can’t remember the last time he slept through the night.

“‘I can’t sleep at night because I’m so afraid of what’s going to happen to me and my family — I don’t know what to do about these decisions,’” Sussell recalled the physician relaying to her. “If you’re exhausted and can’t function at work and aren’t healthy, then you can’t be a productive member of our society,” Sussell said.

This man is one of 26 million people who are expected to be affected by the public charge rule, unenrolling from their programs out of fear.

Public charge is a test in certain visa and green card applications to determine if someone is likely to become dependent on the government. The test, which has been a part of U.S. immigration policy for over 100 years, looks at multiple factors to make this determination: income, health, employment, education — and public benefits used.

The public charge test, which does not apply to refugees, asylum seekers or victims of domestic violence, used to only penalize those who used cash assistance or institutionalization for long-term care federally funded by Medicaid.

Now, the Trump administration has expanded the list of benefits that can be considered part of someone’s public charge test to include the Supplemental Nutritional Assistance Program (SNAP), subsidized and public housing and non-emergency, federally funded Medicaid. In addition, affidavits of financial responsibility from immigrants’ sponsors no longer carry the same weight in the test.

Talks about changing the public rule first started a year ago, and although the finalized version was not published until August, the impacts of the chatter were immediate.

According to a study from the Urban Institute, one in seven non-citizen immigrants reported dropping out of a public benefits program in the past year out of fear they would be impacted by the new public charge — even when they didn’t have to.

“A lot of researchers surmise that there’s this chilling effect among immigrants eligible for benefits,” Gonzalez said. “That was evident in the interviews we conducted, where we saw families who had naturalized citizens or already had a green card reporting that they stopped participating, which was kind of scary.”

Gonzalez’s team found that Latinos were more likely to drop out of benefits than their white or black counterparts. Among lower income immigrants, the unenrollment rate was 20 percent. And between SNAP, Medicaid and subsidized housing, the benefit most immigrants chose to drop out of was SNAP.

Johnson Newspapers contacted the Department of Social Services for Columbia, Greene, Jefferson, Genesee and St. Lawrence counties. Greene County was the only one who responded.

“I’m being told it would affect less than 100 (SNAP) cases that will be closed based on this rule,” said Kira Pospesel, commissioner for the Greene County DSS. “Overall numbers, the state was thinking 34,574 households would become ineligible.”

The New York State Department of Health did not respond to questions about how many immigrants have been dropping out of their public health care programs since public charge was first being discussed.

“The NYS Department of Health, in collaboration with immigration and healthcare advocates across the state, has been working to address misinformation and fear inspired by rhetoric around the Federal public charge rules,” spokesperson Erin Hammond wrote in an email.

Out of 25 school districts in the Hudson Valley, Western New York and North Country that Johnson Newspapers contacted, nine responded and all said they had not noticed a significant impact on their immigrant children populations. However, Heuvelton CSD Superintendent Jesse Coburn pointed out that in regards to free and reduced-price lunches, any numbers today aren’t the best for comparison because of a grace period at the start of every school year that allows “carry overs” from the previous year to remain enrolled in the program before resubmitting paperwork.

The impacts of dropping out of any public benefits, whether or not they will actually contribute to public charge, are drastic across the board.

“It’s so important that folks are able to be in public benefits programs because they are able to contribute to society,” Sussell said. “When you have your children fed, when you’re able to go to the doctor and be healthy, you’re able to show up to your job and be a productive member of society. You’re able to work within your community better, and these programs are vital to that.”

The New York Immigration Coalition has visited each of these areas to host informational town halls and forums for immigrants on what public charge is, who will be impacted and where to seek legal counsel.

“We’re trying to combat the fear by addressing the complexities,” Sussell said. “There’s a lot of misinformation.”

According to the Urban Institute study, nearly 63 percent of immigrant adults had heard of the then-proposed public charge rule in December — but most said they were confused or misinformed about the rule.

By dispelling misconceptions about the rule, the NYIC and other organizations can stop the bleeding — immigrants dropping out of benefits at high rates — while their attorney general teammates fight public charge in the courts.

In December, 24 attorneys general signed a letter of concern regarding the then-proposed rule, saying that it “suggests that the United States is no longer a land of opportunity that welcomes ambitious but modest earners” and “would harm the very populations (assistance) programs were designed to help.”

There are currently seven lawsuits against public charge, including one from New York Attorney General Letitia James and another lawsuit on behalf of 13 states.

If you have a question about whether public charge will impact you, call the Office for New Americans hotline at 1-800-566-7636.