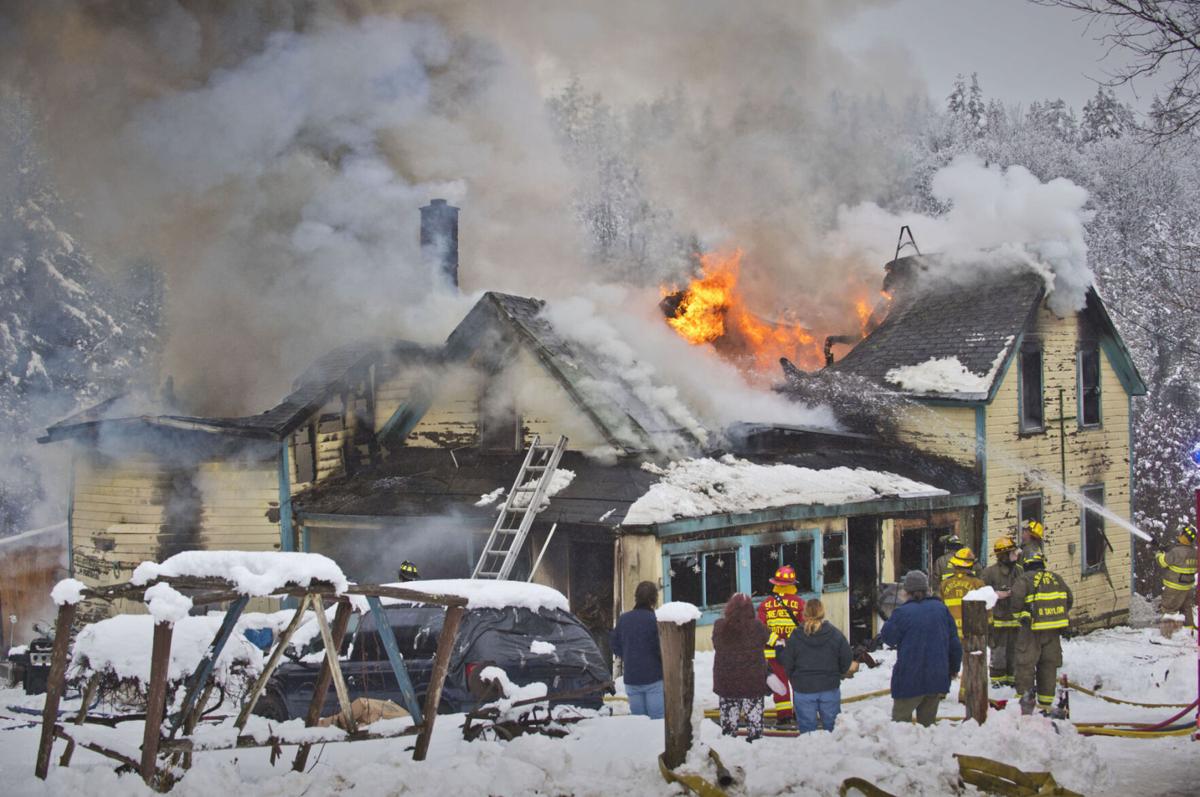 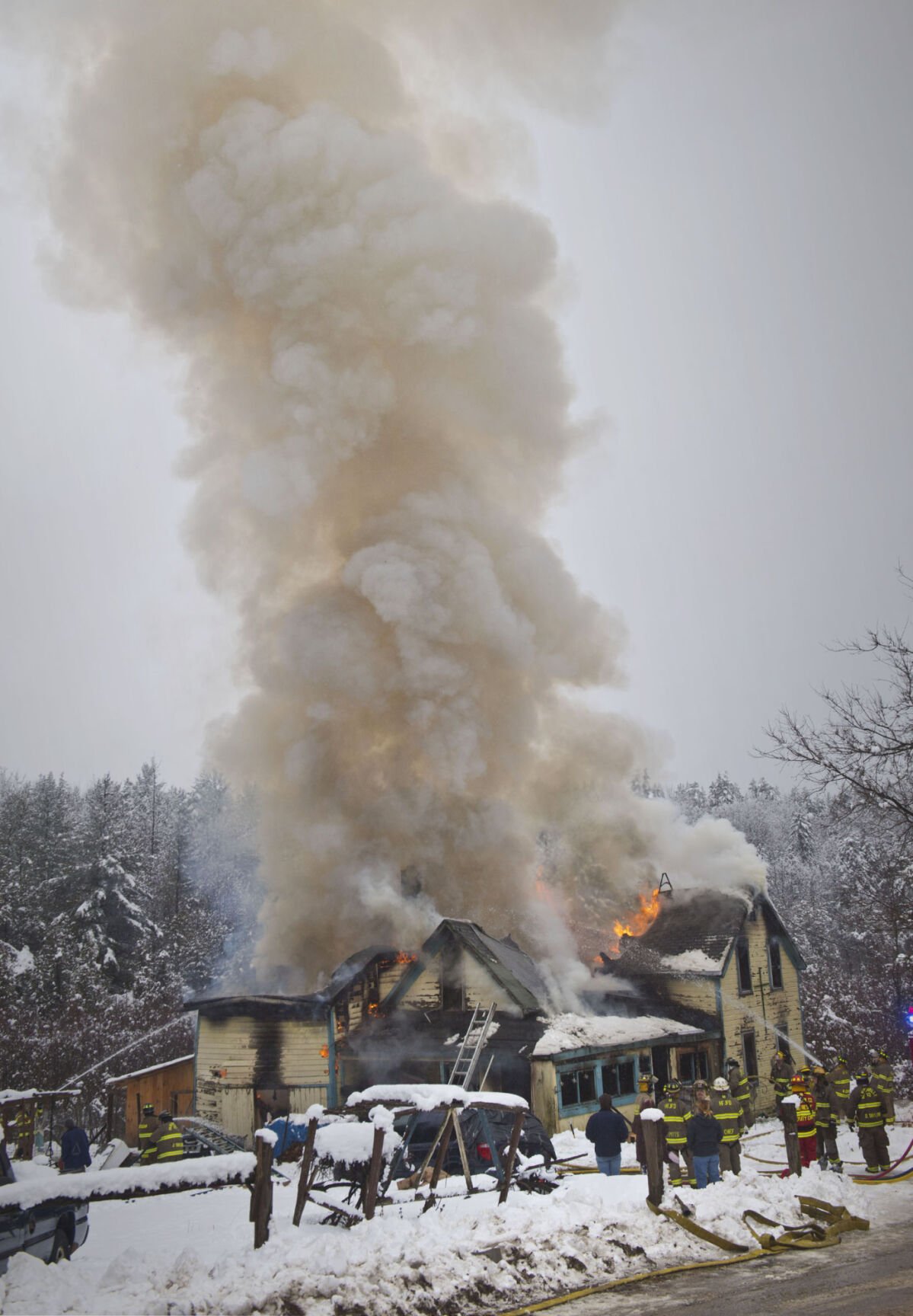 Smokes billows into the air as firefighters from Parishville battle a blaze along Pickettville Road on Saturday morning with mutual aid from Potsdam, Colton and Hopkinton-Fort Jackson fire departments. Christopher Lenney/Watertown Daily Times

Smokes billows into the air as firefighters from Parishville battle a blaze along Pickettville Road on Saturday morning with mutual aid from Potsdam, Colton and Hopkinton-Fort Jackson fire departments. Christopher Lenney/Watertown Daily Times

PARISHVILLE — A house along Pickettville Road went up in flames early Saturday afternoon, and is destroyed as a result.

The call came in just before 1 p.m. for a structure fire on Pickettville Road, which was fully engulfed in flames by 1:30 p.m. Most of the fire seemed to be spitting out of the top of the home.

Robert Pierce, deputy fire coordinator for county District 3, confirmed at about 3:30 p.m. that he and other crews were still at the scene of the fire. He was unable to provide further information.

The home is a total loss, and it’s unclear if there were any injuries.

Fire departments from Potsdam, Colton and Hopkinton-Fort Jackson assisted in extinguishing the blaze.