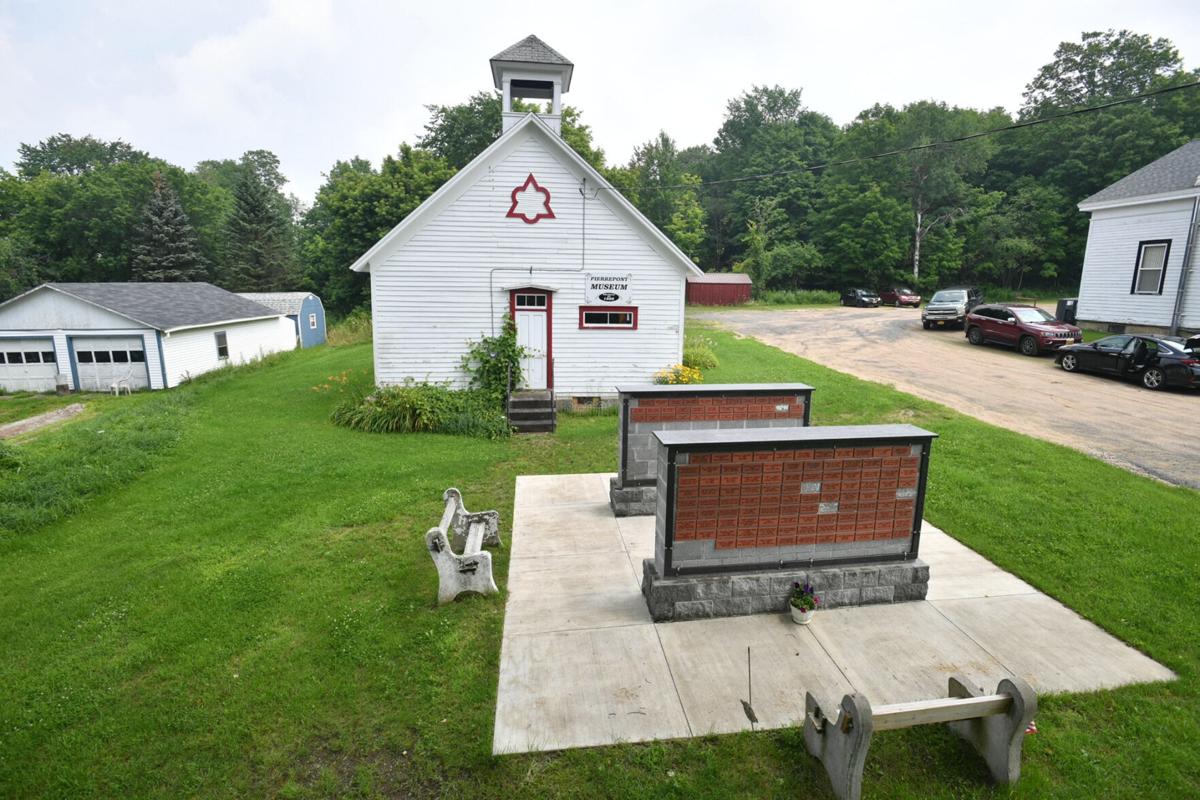 The Pierrepont Veterans Memorial will be getting a facelift and moved to a new location. Christopher Lenney/Watertown Daily Times 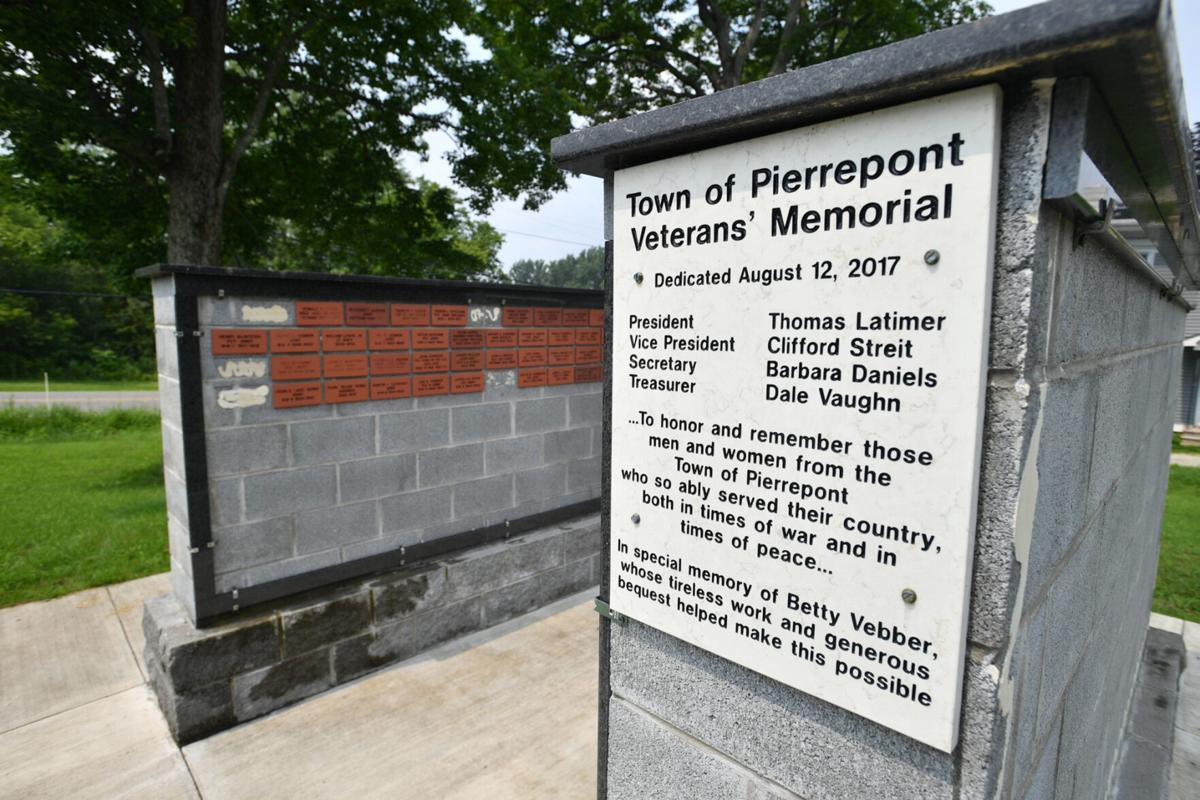 The Pierrepont Veterans Memorial will be getting a facelift and will be moved to a new location. Christopher Lenney/Watertown Daily Times

The Pierrepont Veterans Memorial will be getting a facelift and moved to a new location. Christopher Lenney/Watertown Daily Times

The Pierrepont Veterans Memorial will be getting a facelift and will be moved to a new location. Christopher Lenney/Watertown Daily Times

PIERREPONT — The Pierrepont Veterans Memorial will most likely be moving in the near future.

During its June 12 meeting, the St. Lawrence County Board of Legislators passed a resolution authorizing the chairman to sign an agreement with the town of Pierrepont Veterans Memorial Fund to erect a new monument on county property.

The monument is currently located in front of the Pierrepont Museum, and features a series of walls that hold bricks showcasing the names of local veterans from St. Lawrence County who served in the military from as far back as the American Revolution and the Civil War, according to the resolution.

The resolution states that over the years, due to placement and weather exposure, the bricks have suffered deterioration and require protection from the elements in the form of a roof system. Since the current location is limited in space and does not allow for additional construction of a roof, the Town of Pierrepont Veterans Memorial Fund made a formal request of the county to allow for the transfer of the monument to the new location.

The proposed location sits at the northeast intersection of County Routes 29 and 24. The space, according to the resolution, is just under an acre in size and has been unused for many years, making it the ideal fit for the monument’s needed renovations.

Thomas E. Latimer, head of the Pierrepont Veterans Monument Committee, said that it is a “win-win for all” that the county agreed to let the committee use part of a parcel they have there.

Mr. Latimer said the plan is to take the same bricks, polish them and put in new walls and a complete roof over it. Hopefully, he said, this will be a permanent fix.

As of now, Mr. Latimer said, there are about 200 bricks with individual veterans’ names on them. Once these bricks are cleaned up, there are about 100 more waiting to be installed at the new monument location, he said.

Mr. Latimer is hopeful that construction at the new monument site will be complete before the fall.

“Right now,” he said, “I’m waiting on the county attorney to draw up the paperwork, and then we have to meet with the county highway department and pick out where on the property we’re going to put this.

“Then we can get to work on it. I’m hopeful that when we get it done we’re going to have a nice monument with easy access for the public,” he added.

Mr. Latimer reflected that the renovated monument is a “really good thing for the town and veterans,” as well as the county.