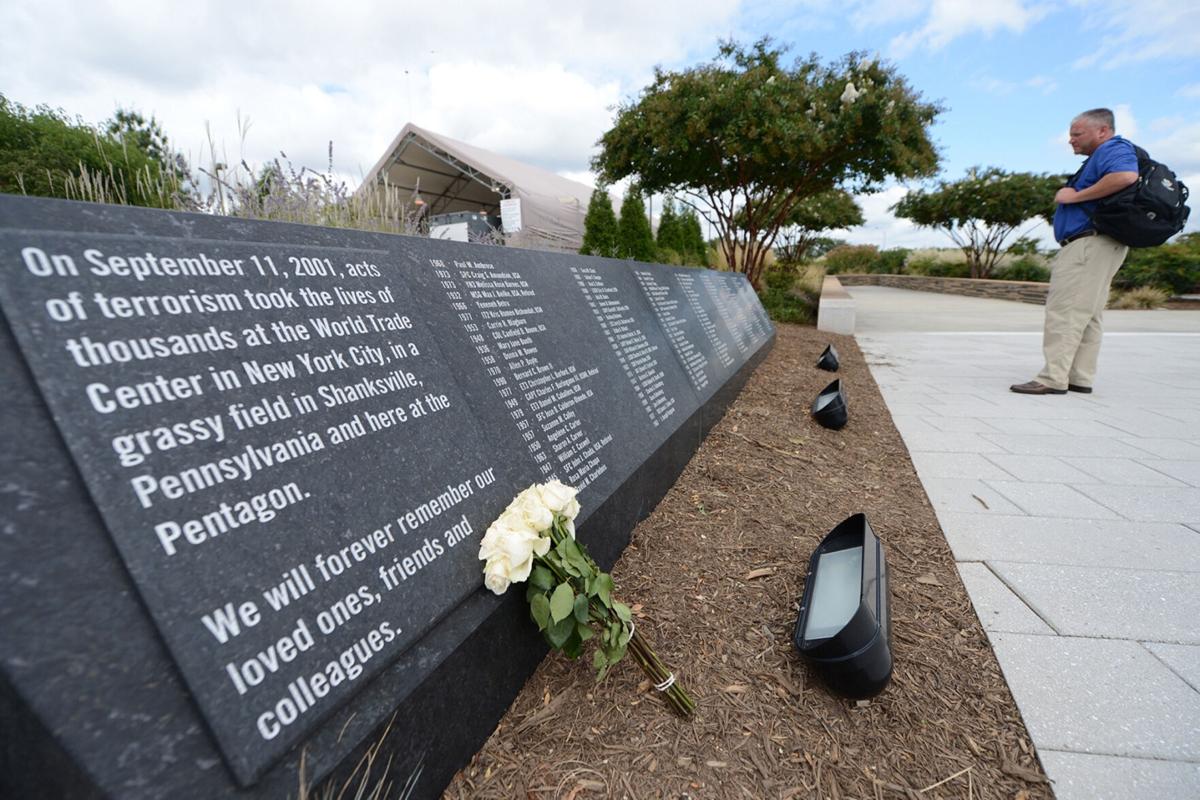 A man pauses at the National 9/11 Memorial at the Pentagon in Arlington, Va. Dept. of Defense 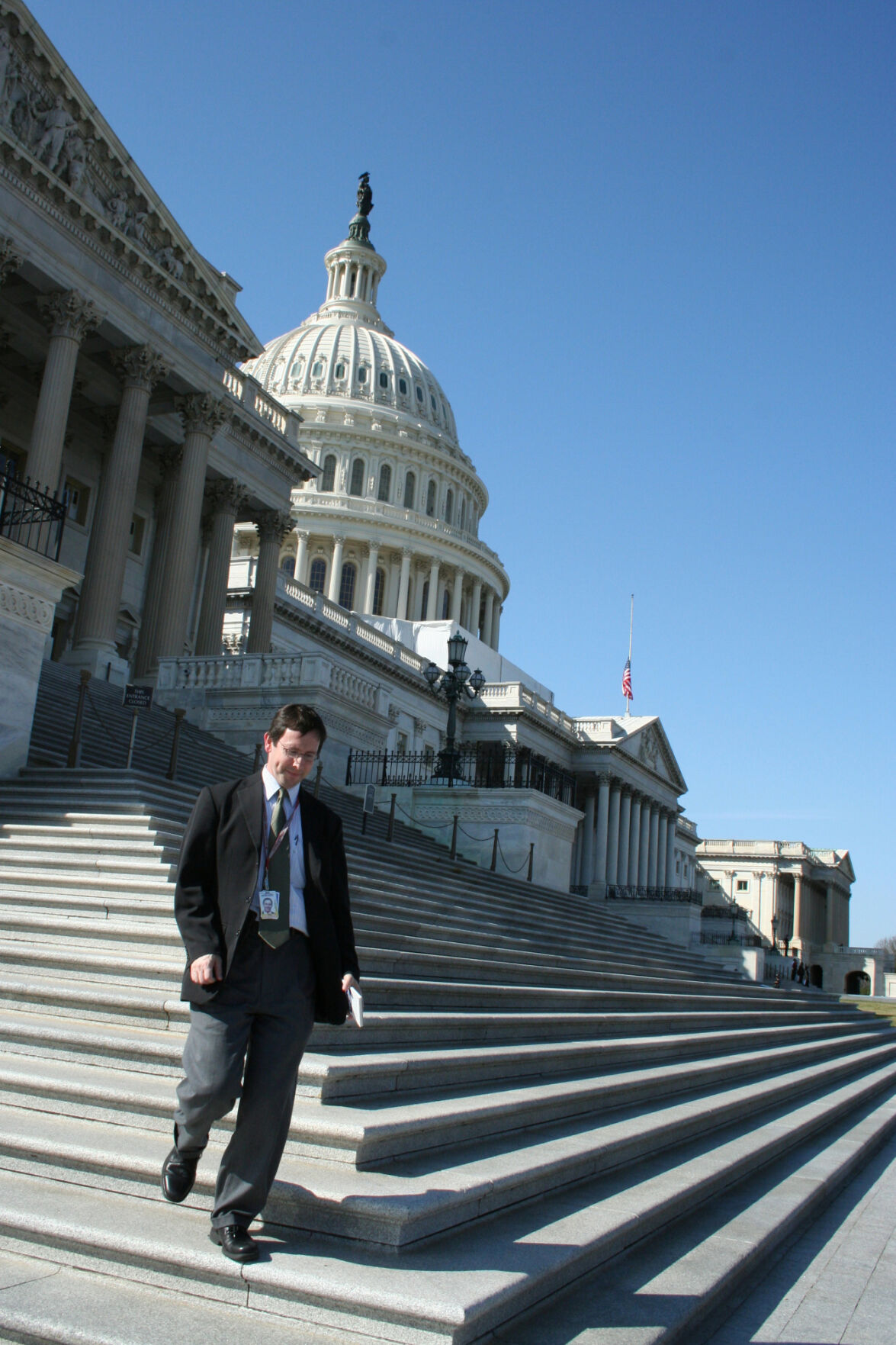 A man pauses at the National 9/11 Memorial at the Pentagon in Arlington, Va. Dept. of Defense

The attacks of Sept. 11, 2001 left Americans with a sense of being dumbfounded, a sense shared that day by Marc Heller, former Washington, D.C., correspondent for the Watertown Daily Times.

“I do remember of not being quite clear in my head as to what to do with my day. ‘How do I report on this?’” said Mr. Heller, who now covers Congress and federal agencies with an agriculture focus for E&E News.

Nineteen terrorists from al-Qaeda hijacked four commercial airplanes, deliberately crashing two of the planes into the upper floors of the North and South Towers of the World Trade Center complex and a third plane into the Pentagon in Arlington, Va.

After learning about the other attacks, passengers on the fourth hijacked plane, Flight 93, fought back, and the plane was crashed into an empty field in western Pennsylvania about 20 minutes by air from Washington, D.C.

Mr. Heller’s story filed for the Sept. 12 issue of the Watertown Daily Times was headlined, “In Washington, Left Wandering.”

Its lead: “Clouds of smoke darkened just a corner of the sky above the nation’s capital Tuesday. But a fog enveloped the entire city.”

Mr. Heller was still home when he heard a report of a plane crashing into one of the World Trade Center towers. At the time, he thought it could have been a small, single-engine plane; certainly nothing deliberate.

“I didn’t think terribly too much of it, and just got myself ready to work and then I went into the (National) Press Building,” he said.

From Mr. Heller’s Sept. 12 report: “Even the National Press Building, home to many of the country’s Washington news bureaus, went on a partial shutdown. The National Press Club, on the building’s upper level, was closed. All but two of the 13-story building’s seven elevators were turned off, and people who do not work in the building were stopped at the doors by security guards. For those who do work in the building, the main lobby was a popular stop because of its television monitors showing all the major news channels.”

Many downtown businesses were closed. Mr. Heller reported, “But others kept going strong, including a restaurant called the American Tavern, which turned up the volume on its television sets to broadcast news out to the sidewalk.”

Mr. Heller walked up to the Capitol and onto the National Mall.

“You could see the black smoke from the Pentagon at that point,” he said. “I’m quite sure I didn’t go there until at least the next day, maybe later than that.”

When he did, he took the Metro.

“I was just walking around the grounds like you were at any fire scene,” he said.

The police eventually chased him off.

On 9-11, at the Capitol South subway station — a popular stop for tourists as well as congressional staffers — Mr. Heller noticed an officer shining a flashlight into garbage cans and under benches. Such scrutiny would become the norm and change life in the capital and elsewhere for Americans.

“It sure did mark a black line on that day because from that point forward, the security situation in D.C. has been completely different,” Mr. Heller said. “It was already getting ramped up, after Oklahoma City and all, and they had shut down Pennsylvania Avenue.”

In 1995, following the bombing of the Alfred P. Murrah Federal Office Building in Oklahoma City, President Bill Clinton closed Pennsylvania Avenue to traffic in front of the White House as a security precaution.

“After 9-11, everything changed in terms of security and getting into buildings,” Mr. Heller said. “It’s eased off a bit, but I think we lose sight of what it was before that. It was easier just getting around.”