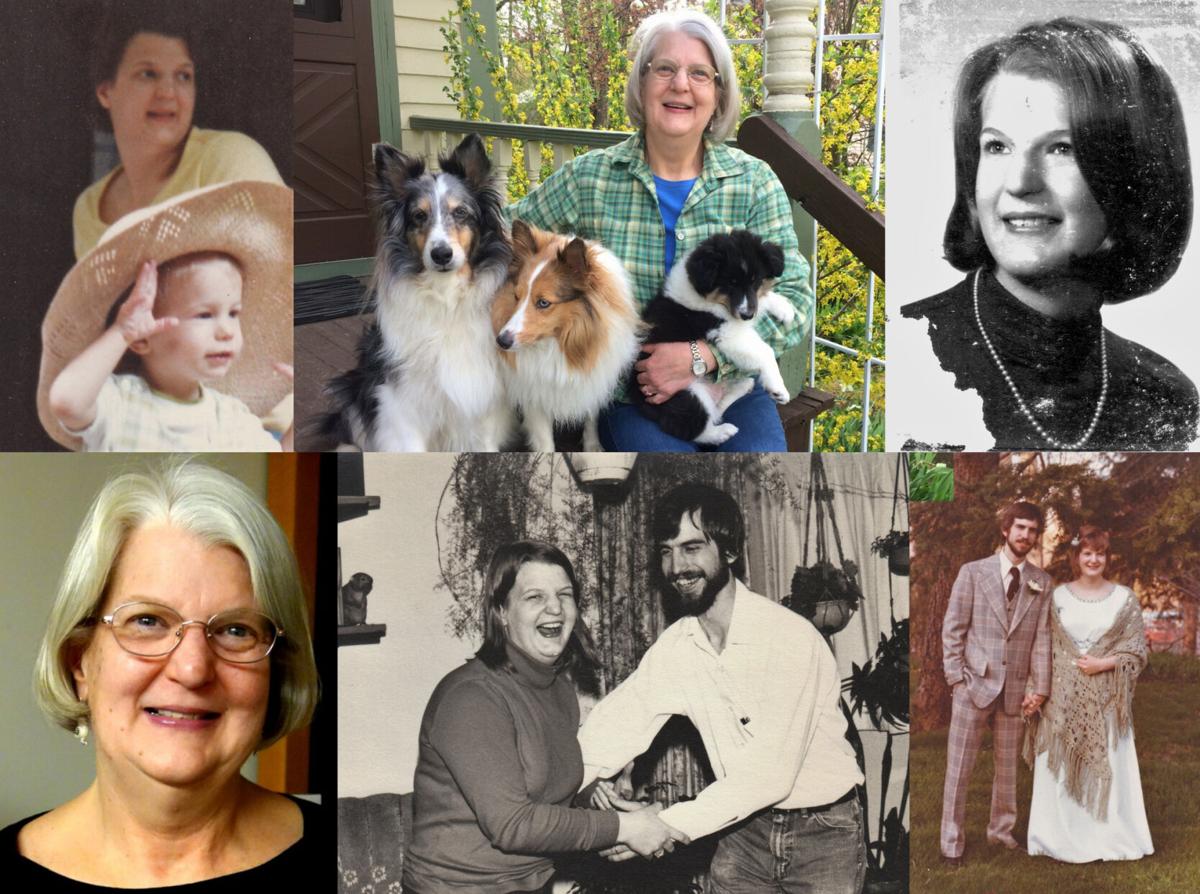 Family photos of Pam Yurgartis, 68, of Potsdam. Pam died on July 17 after being diagnosed with breast cancer 10 weeks ago. Watertown Daily Times 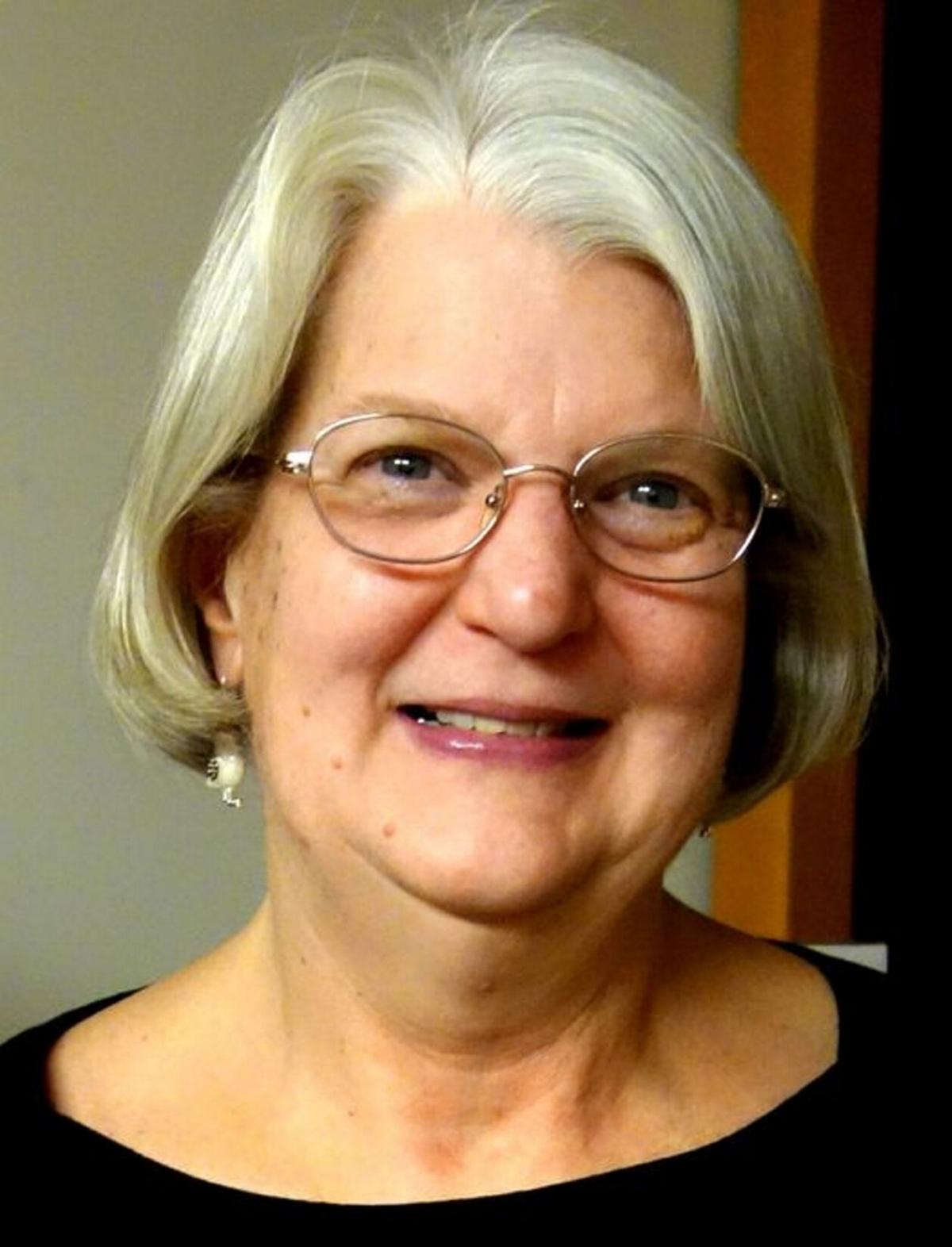 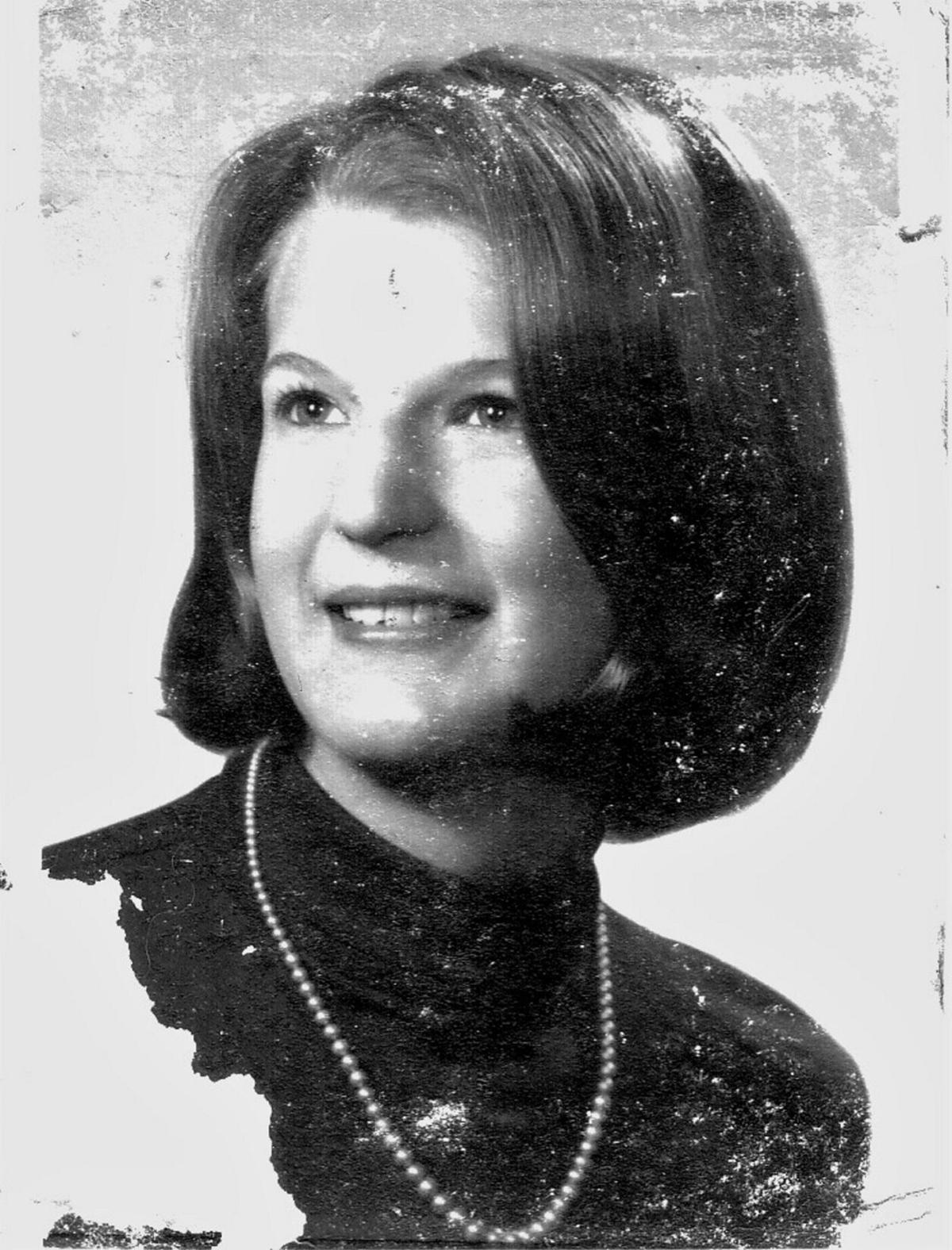 Pam Yurgartis, then Wilkinson, in her senior photo at Thomas A. Edison High School, Elmira Heights. Pam’s husband, Steve Yurgartis, has carried the photo in his wallet since the couple met 50 years ago. Provided photo 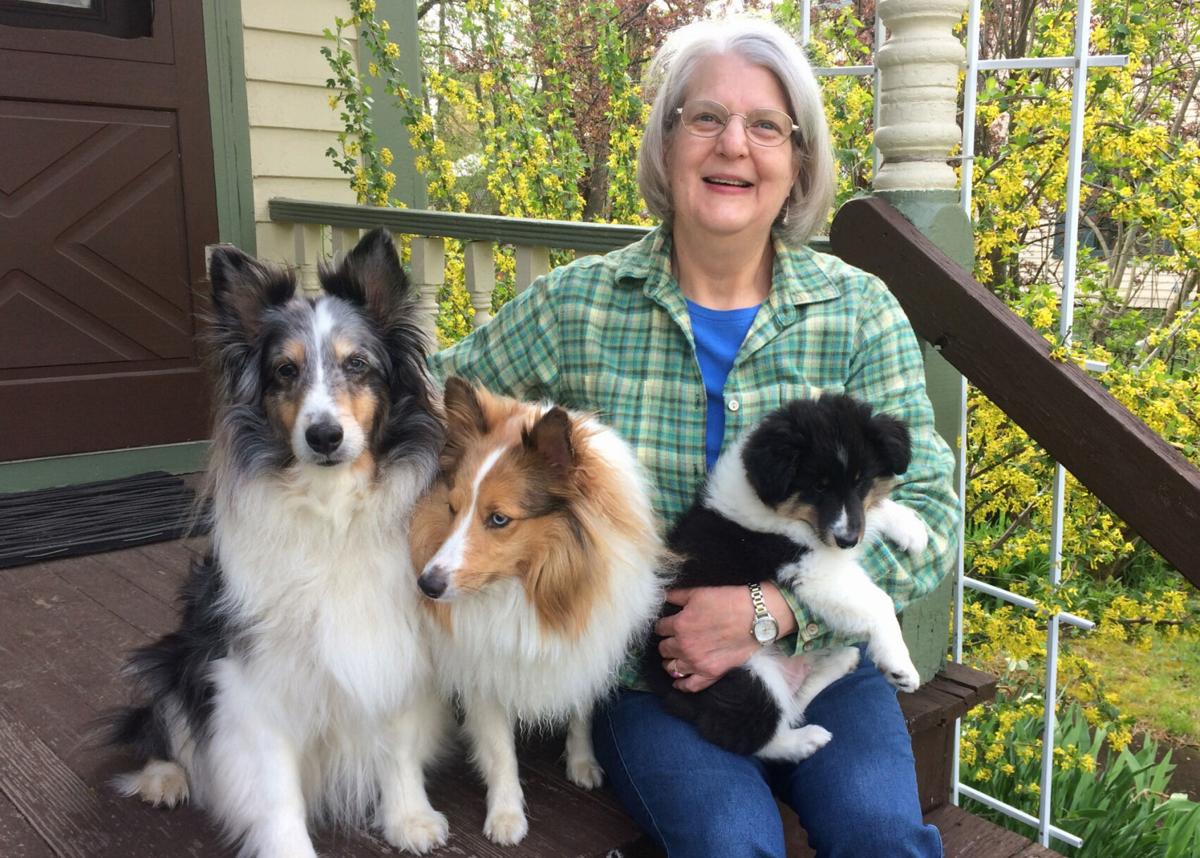 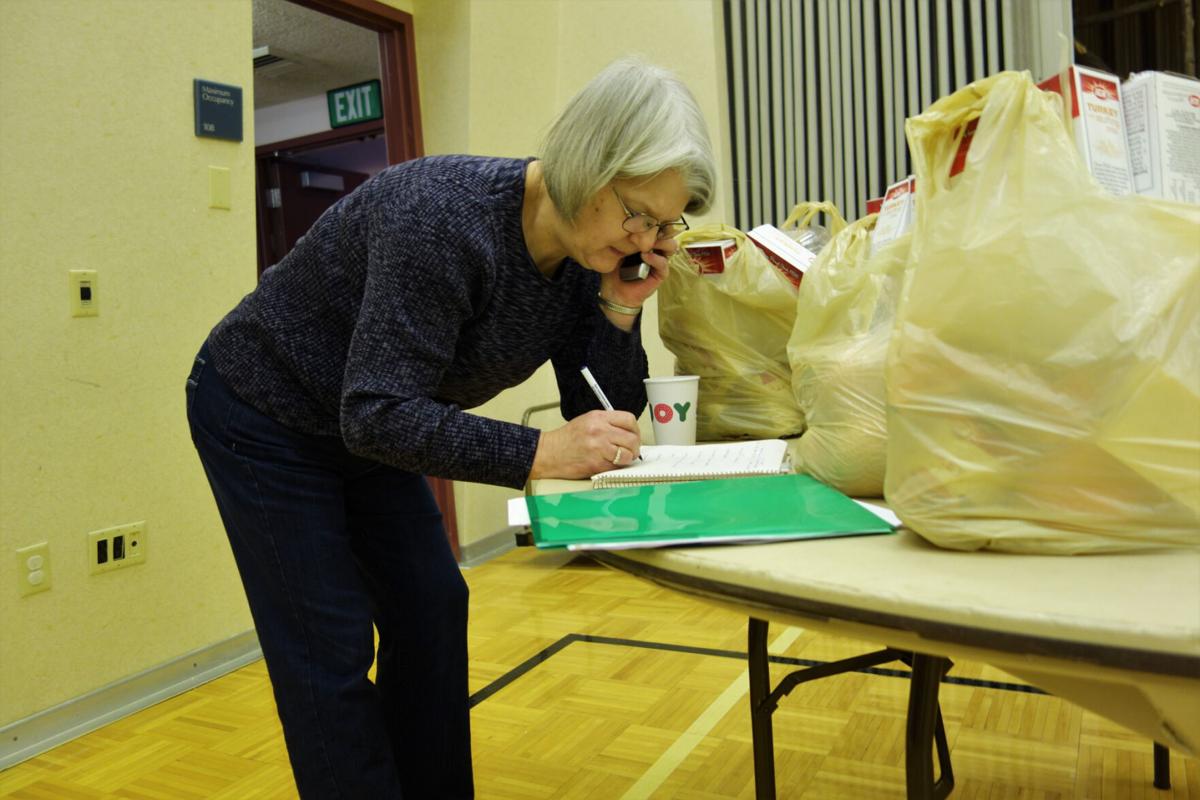 Pam Yurgartis works to administer the Potsdam Holiday Fund. She served the organization for nearly 20 years, and was president for the last 12 years. Provided photo 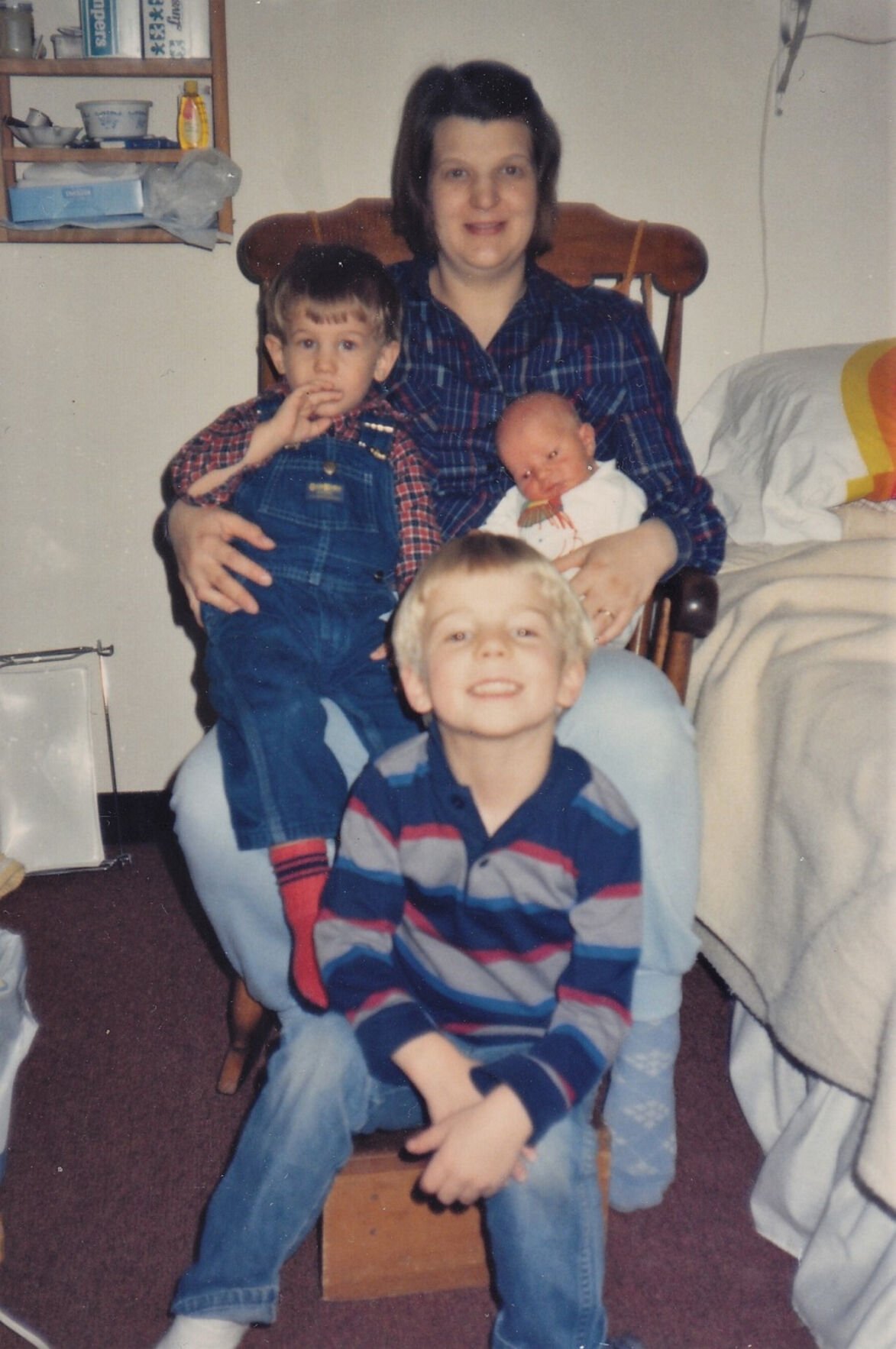 Pam Yurgartis with her three sons in 1990: baby Thomas, Gregory on her lap and Benjamin in front. Provided photo 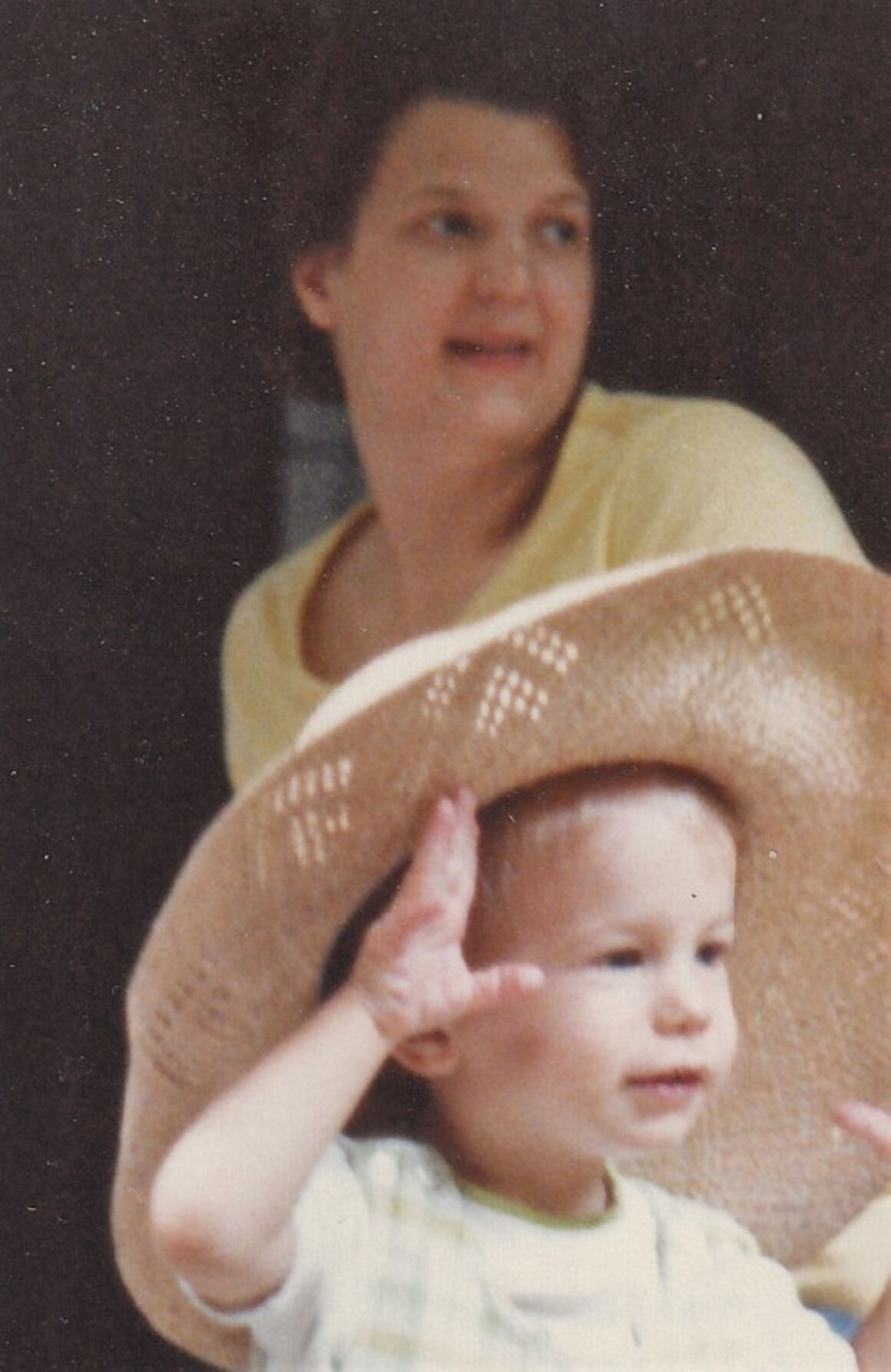 Pam Yurgartis with her middle son, Gregory, in 1991. Provided photo 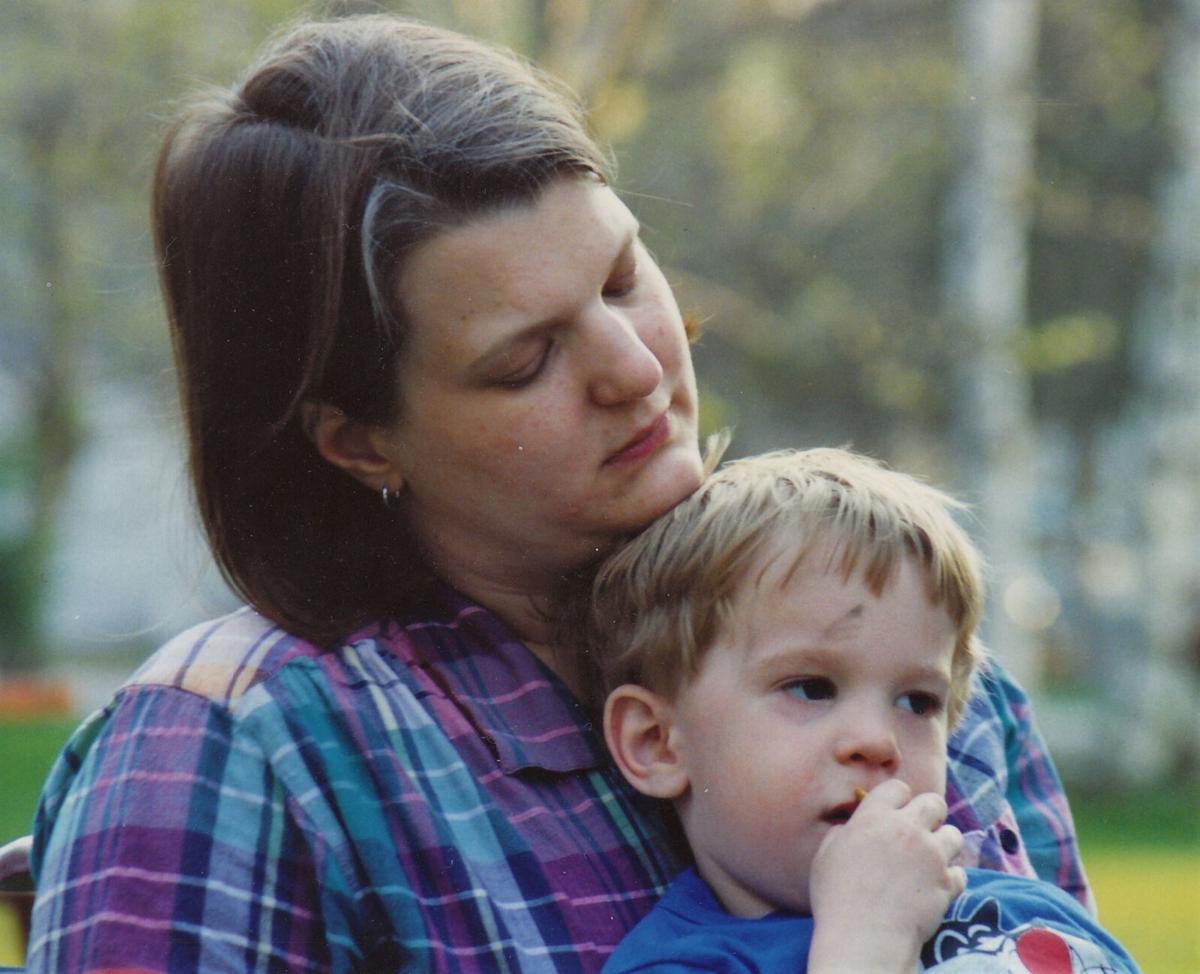 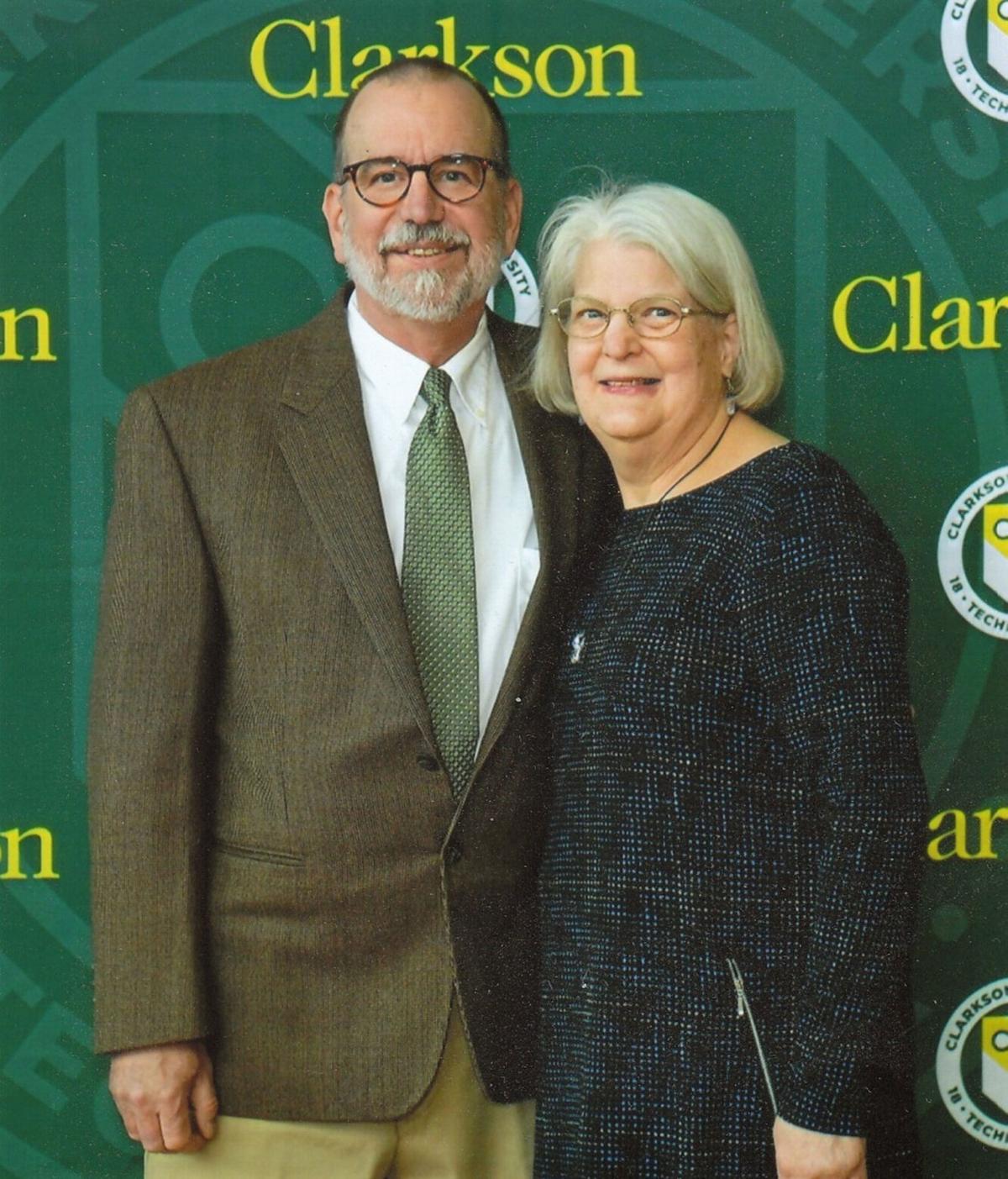 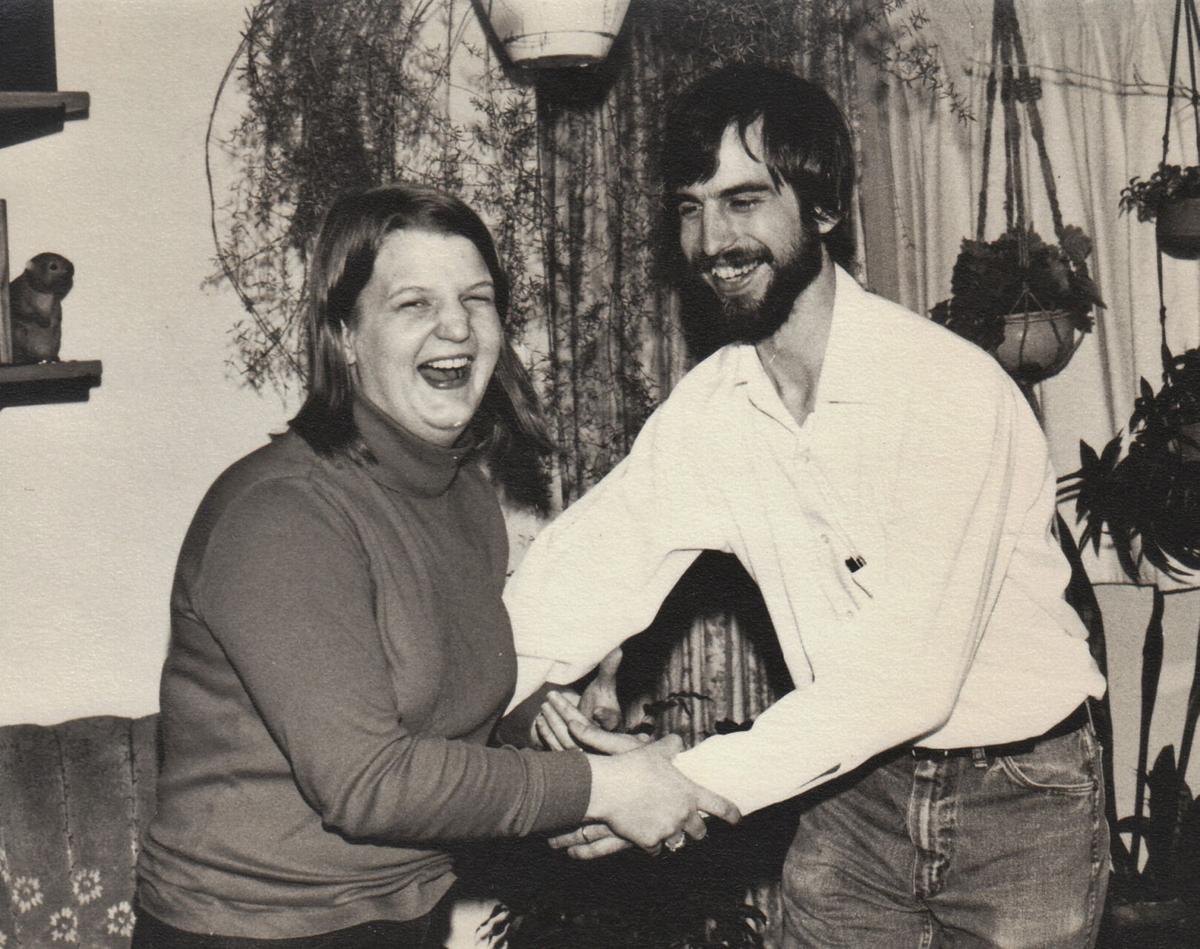 Pam and Steve Yurgartis in their apartment at Clarkson University, then Clarkson College, in 1977. Provided photo 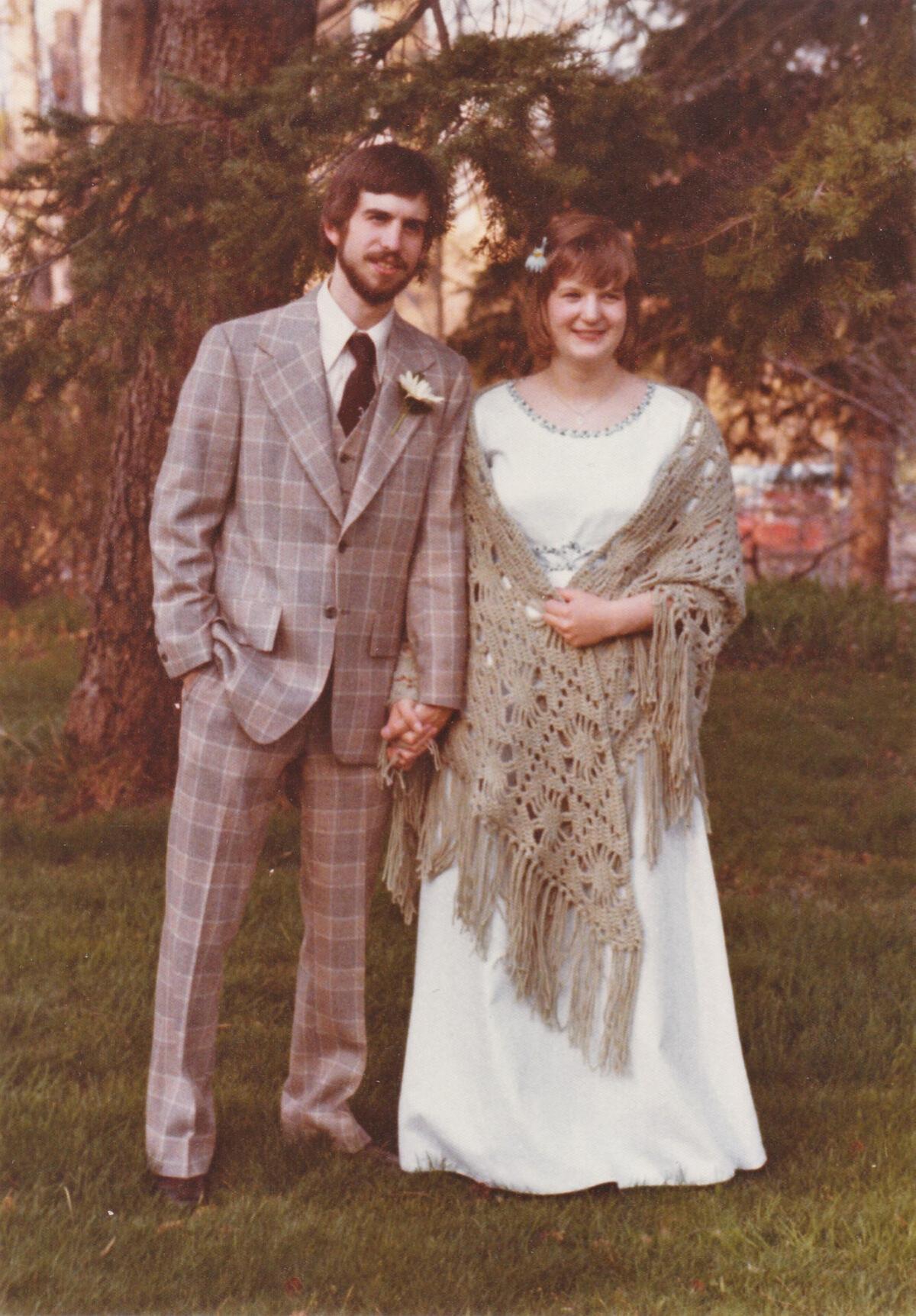 Steve and Pam Yurgartis on their wedding day in 1975. Provided photo

Family photos of Pam Yurgartis, 68, of Potsdam. Pam died on July 17 after being diagnosed with breast cancer 10 weeks ago. Watertown Daily Times

Pam Yurgartis, then Wilkinson, in her senior photo at Thomas A. Edison High School, Elmira Heights. Pam’s husband, Steve Yurgartis, has carried the photo in his wallet since the couple met 50 years ago. Provided photo

Pam Yurgartis works to administer the Potsdam Holiday Fund. She served the organization for nearly 20 years, and was president for the last 12 years. Provided photo

Pam Yurgartis with her three sons in 1990: baby Thomas, Gregory on her lap and Benjamin in front. Provided photo

Pam Yurgartis with her middle son, Gregory, in 1991. Provided photo

Pam and Steve Yurgartis in their apartment at Clarkson University, then Clarkson College, in 1977. Provided photo

Steve and Pam Yurgartis on their wedding day in 1975. Provided photo

POTSDAM — She was a clerk, and he was a stock boy. A love story that began 50 years ago at a Fay’s Drug Store in Ithaca eventually brought its light to the north country.

The late Pamela Wilkinson Yurgartis, an Elmira Heights native, met Steven Yurgartis, of Vestal, working at Fay’s when they were just out of high school. Pam was a student at Cornell University at the time, and Steve had a particular resource to offer. This week, Steve joked that Pam was attracted to him because he had an in-unit washer and dryer.

The couple started nurturing their relationship shortly after they met, and moved to Potsdam so Steve could attend Clarkson University, then called Clarkson College.

They married in 1975 and relocated a few times — to San Francisco, Indianapolis and Troy — before settling in Potsdam in 1988 to raise their three children.

Pam was diagnosed with breast cancer about four years ago and recovered, but a routine scan earlier this summer and subsequent tests indicated a relentlessly aggressive cancer had returned. Ten weeks after that diagnosis, Pam died in hospice care at home on July 17. She was 68.

“How quickly this happened has left us reeling,” Pam’s friend Nancy Foisy said.

It’s sometimes tricky characterizing someone as a community pillar, but in this case, the consensus is clear. Pam fueled a host of community organizations in her more than three decades as a village resident. Her title, in addition to the ever-present “mom,” was volunteer.

“It was, in a sense, her profession to do volunteer work,” Steve said. “Lots of people volunteer, but she was in it for the long haul with just about everything she did.”

Pam worked in various award-winning capacities with the Kiwanis Club of Potsdam, the Parent Teacher Student Association of Potsdam Central School District, the Potsdam Public Library, the Friends of the Library, garden clubs and the Potsdam Holiday Fund. Archive photos from the Times and the Courier Observer feature Pam in a familiar grip-and-grin pose, accepting checks from local businesses. Pam was especially adept at securing donations to sustain the library and the Holiday Fund.

Sorting through family photos, Steve said he was reminded that Pam didn’t much like her picture taken. Pam liked to stay out of the limelight altogether, “but in the background she was such a hard worker for the community,” Hanneke LaFountain said.

Ms. LaFountain has been involved with the Friends of the Library for some 20 years with Pam. A core team of about 12 people and additional volunteers support the library and manage the Friends’ basement used bookstore.

Pam was physically and organizationally hardworking and dependable as a treasurer, Ms. LaFountain said. Through her illnesses, she added, Pam maintained her service-minded outlook.

Ten years ago, Cindy Goliber recalled, she essentially had to convince Pam to attend a Potsdam Chamber of Commerce award celebration.

“She wanted to do the work,” Ms. Goliber said. “She didn’t care about the accolades.”

Ms. Goliber met Pam almost 35 years ago through the Potsdam Central PTSA. Their oldest children are the same ages. From their PTSA days with a handful of other moms, Ms. Goliber said, Pam’s friendship never faded.

“I don’t think I’ve ever known anyone like Pam,” she said.

The Chamber honored Pam with the 2010 Commitment to Community Award. Representative of her spirit, one nominating letter read, “Pam exemplifies the criteria for this award by her many years of quiet, dedicated and effective service to the community in a variety of ways.”

Pam was, indeed, a quiet force.

“But when she did say something, it was really witty or wise,” Ms. Foisy said. “When she spoke up, people paid attention.”

For the last 18 years, Pam helped administer the annual Holiday Fund, which distributes clothing, food and gifts to families and older adults during the winter holiday season. She was president for the last 12 years.

“Throughout her years as president, she managed our program with grace, determination and optimism,” a message on the group’s website reads. “Pam always had a smile and a kind word for everyone, including the hundreds of families who received much needed assistance each year, as well as the many volunteers and donors who made the program possible. We will miss her terribly, but hope that we can honor her memory by carrying on the good work that she did so well.”

In 2020 alone, the Holiday Fund estimates Pam led the collection of clothing, food and gifts for more than 900 people.

When Pam wasn’t working, she was reading. A list of works by her favorite mystery authors accompanied her to every used bookstore and library she visited. In the mystery world, authors seem to pen new novels in mere weeks, so their work can be difficult to track. Pam meticulously kept her running list, and Steve said she was always on the hunt for stories she had yet to read.

When Pam wasn’t reading, she was on Blake Falls Reservoir south of Parishville. Pam and Steve purchased a small island on the reservoir and started to build a camp there. Over 20 years, the camp grew into their summer hub.

Pam was the understood leader of a group of about nine women, including Ms. Foisy, who call themselves “The Chicks.” They take Chick trips and spend time at the Yurgartis island camp. Pam’s moniker was “the wise woman of the island,” Ms. Foisy said.

“She kept us on the straight and narrow,” Sue Maroney, fellow Chick, said.

Pam’s friends described her as remarkable and selfless. Another word comes to Steve: kind.

Steve has been involved in area organizations himself and was elected to the village Board of Trustees before serving as mayor from 2012 to 2015. He taught mechanical and aeronautical engineering at Clarkson for 31 years until his 2019 retirement. But he was most often known simply as “Pam’s husband.”

“I love being known as Pam’s husband,” he said.

Calling hours will be held from 2 to 5 p.m. Saturday at Donaldson-Seymour Funeral Home, 4 Cedar St. A celebration of life is anticipated this fall, with details to be announced. Contributions in Pam’s memory may be made to the Potsdam Holiday Fund, P.O. Box 827, Potsdam, NY 13676.