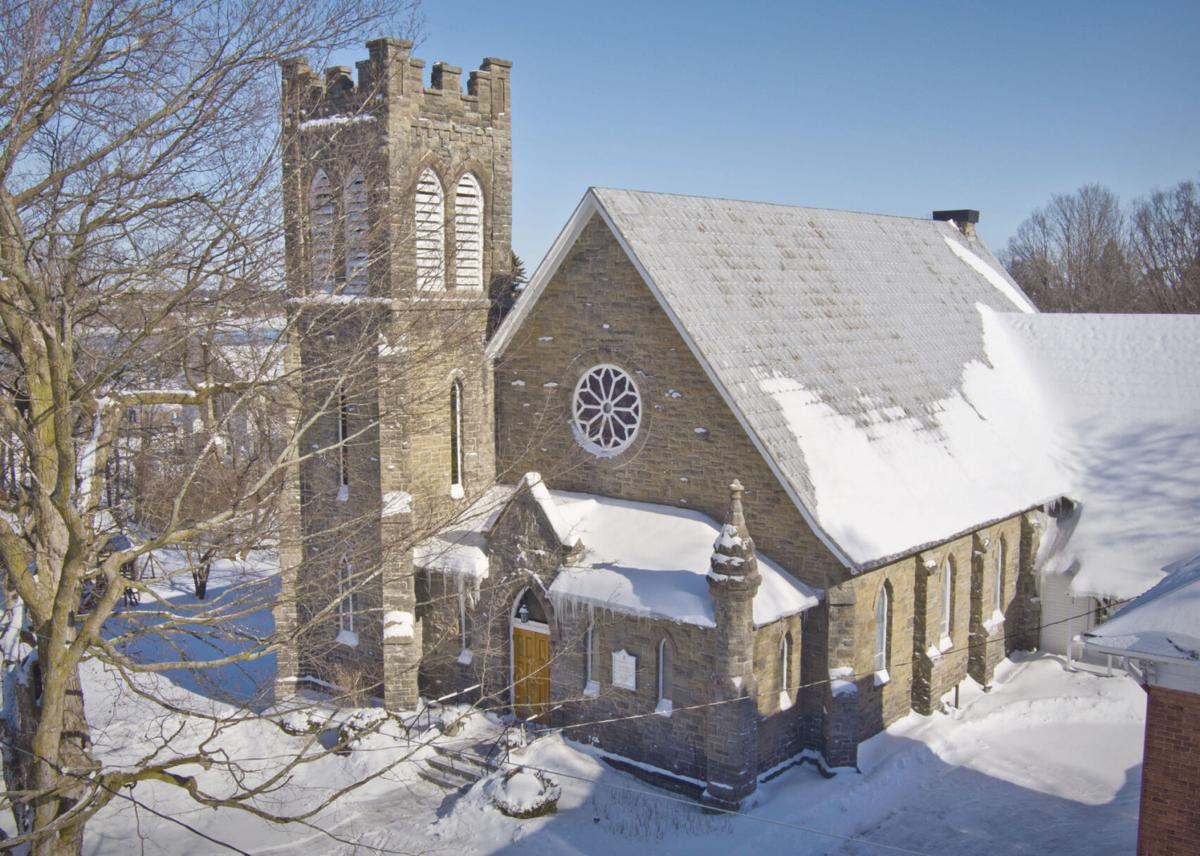 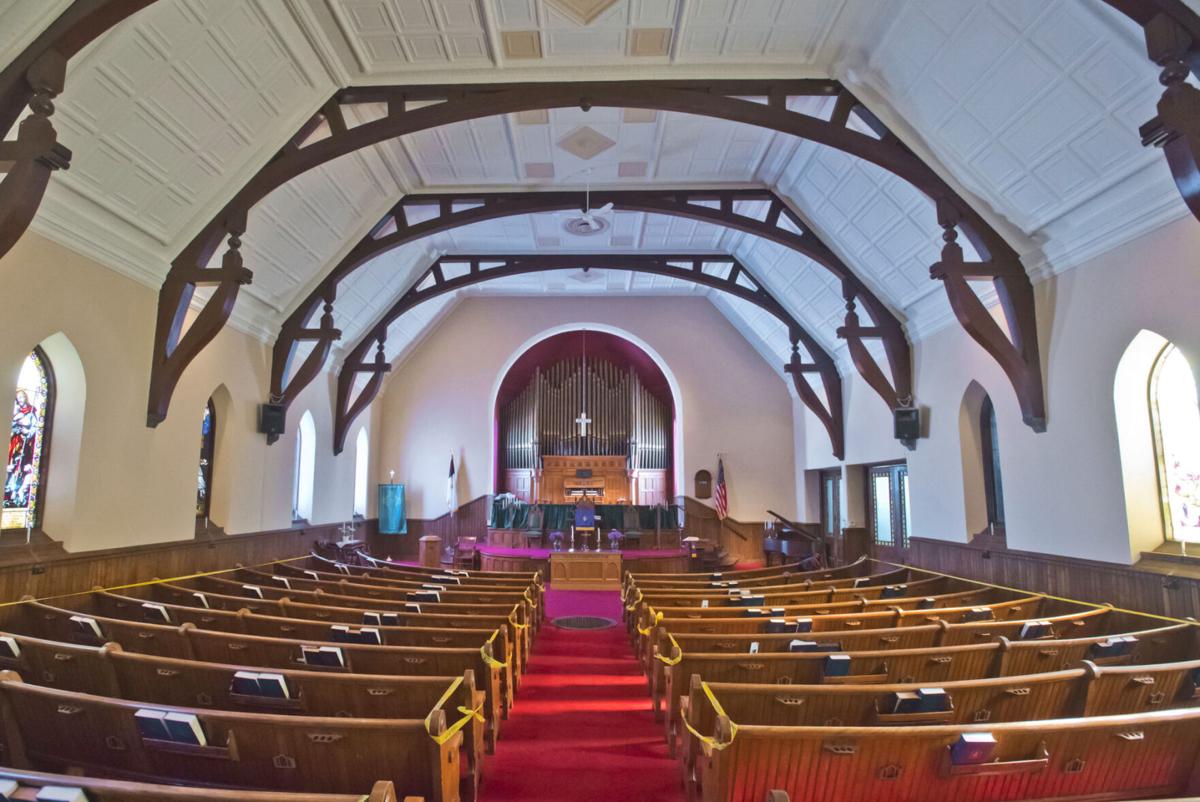 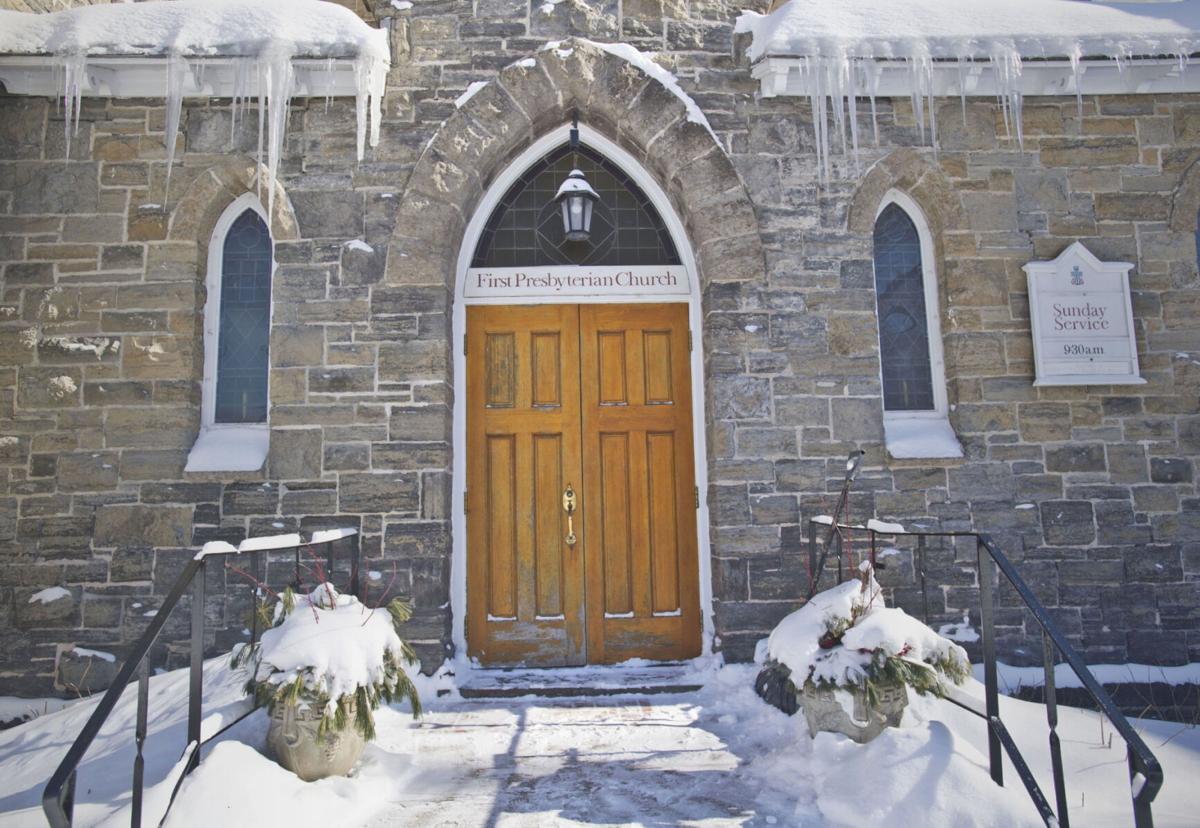 As renovations continue at the First Presbyterian Church of Waddington, the front doors will be refinished. Christopher Lenney/Watertown Daily Times

As renovations continue at the First Presbyterian Church of Waddington, the front doors will be refinished. Christopher Lenney/Watertown Daily Times

The renovations on the church began in the fall of last year and include a total re-painting of the interior of the building, new plaster, new electrical work, as well as reconstruction of the bell tower, the entrance of the church and the roof.

The original First Presbyterian Church of Waddington burned down in 1887, and was rebuilt with stone by Issac Johnson, a former slave who escaped from the south to Canada. Between 1884 and 1889, Mr. Johnson completed several major projects in the north country, most notably the Waddington Town Hall in 1884.

Nolan Cool wrote in Adirondack Architectural Heritage that “as lead mason on the project for ‘one of the best town halls in the country,’ newspapers conveyed that ‘Mr. Isaac Johnson, a colored man from West Winchester, Ont. is the contractor and one of the best architects in the country.’” Mr. Johnson died in Ogdensburg in 1905.

Mr. Smith noted the renovations will be showcasing the church’s rich history and will be featuring some of its original structures.

“The entrance of the church is going to be repaired,” Mr. Smith said. “That particular area is going to be put back to the period of when the church was built in 1889 so that it is a reminisce of what it was like back then.”

Although construction has been delayed due to COVID-19, Mr. Smith said they have made significant progress and will hopefully be done with construction by March.

The last of the renovations will be completed in the spring, which include repainting the roof and shingles that were constructed in 1908, as well as refinishing the front doors of the church.

“It will be a very warm and inviting place for worship,” Mr. Smith said.

Church services were put on pause due to renovations but are now back up and running every Sunday at 9:30 a.m. with COVID guidelines in place.

Mr. Smith noted that donations to aid in the renovations are being accepted and can be sent to P.O. Box 485, Waddington, NY 13694, and should be made out to the First Presbyterian Church of Waddington.