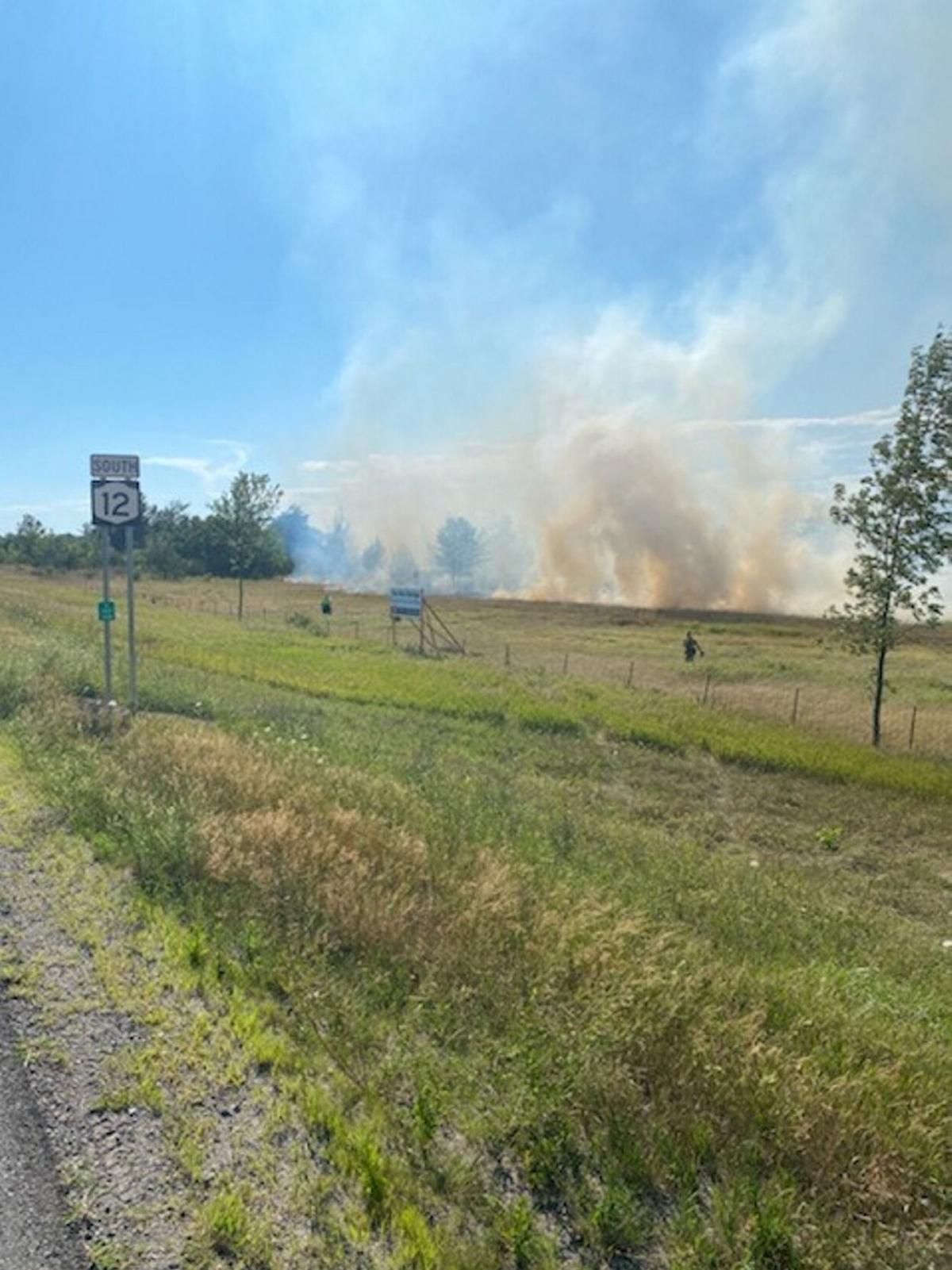 A brush fire burns a field near Heron Road in Hammond on Wednesday. Photo provided by Nick Friot 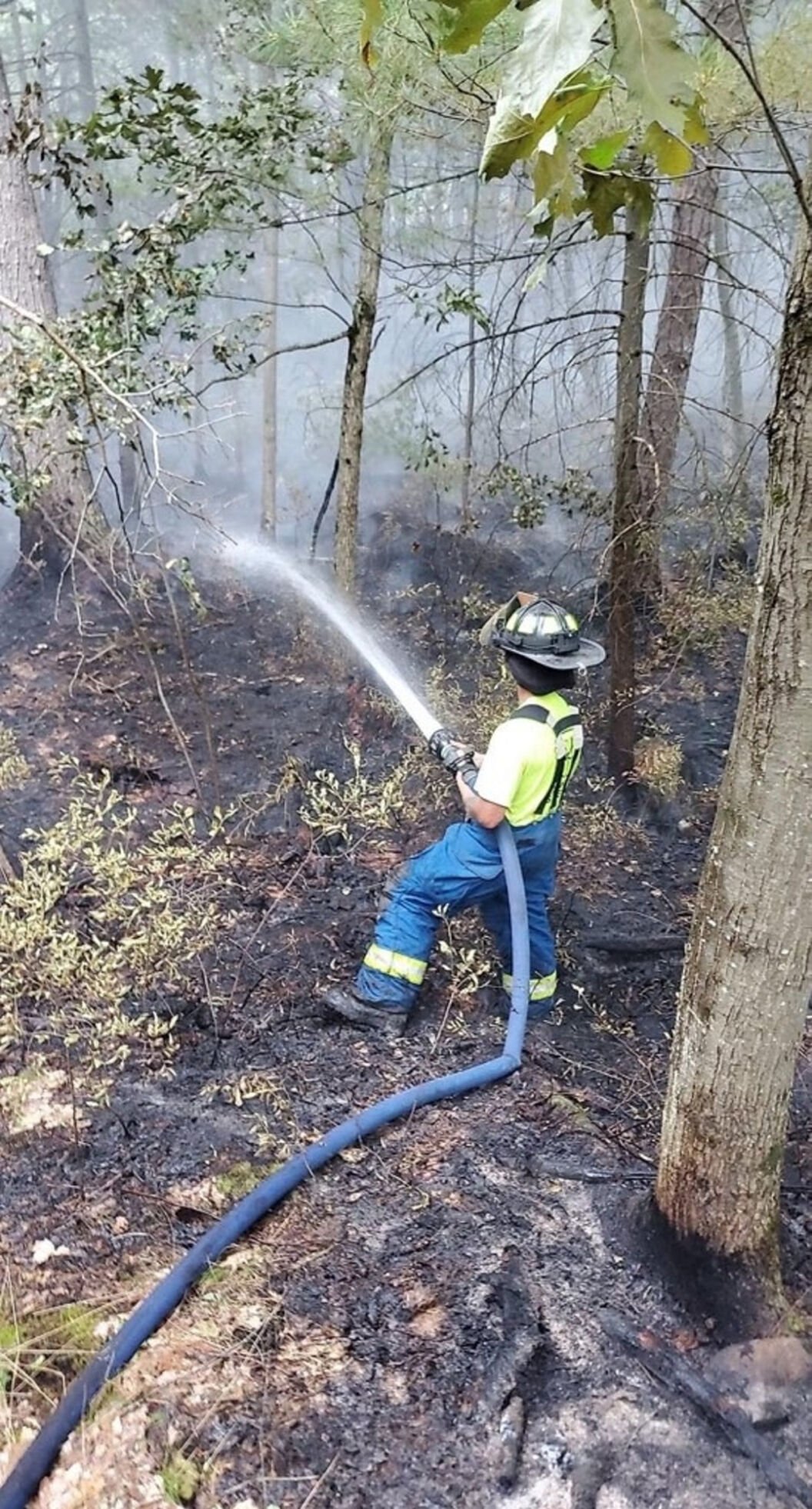 A firefighter works a brush fire off State Route 12 on Wednesday. Photo provided by Nick Friot 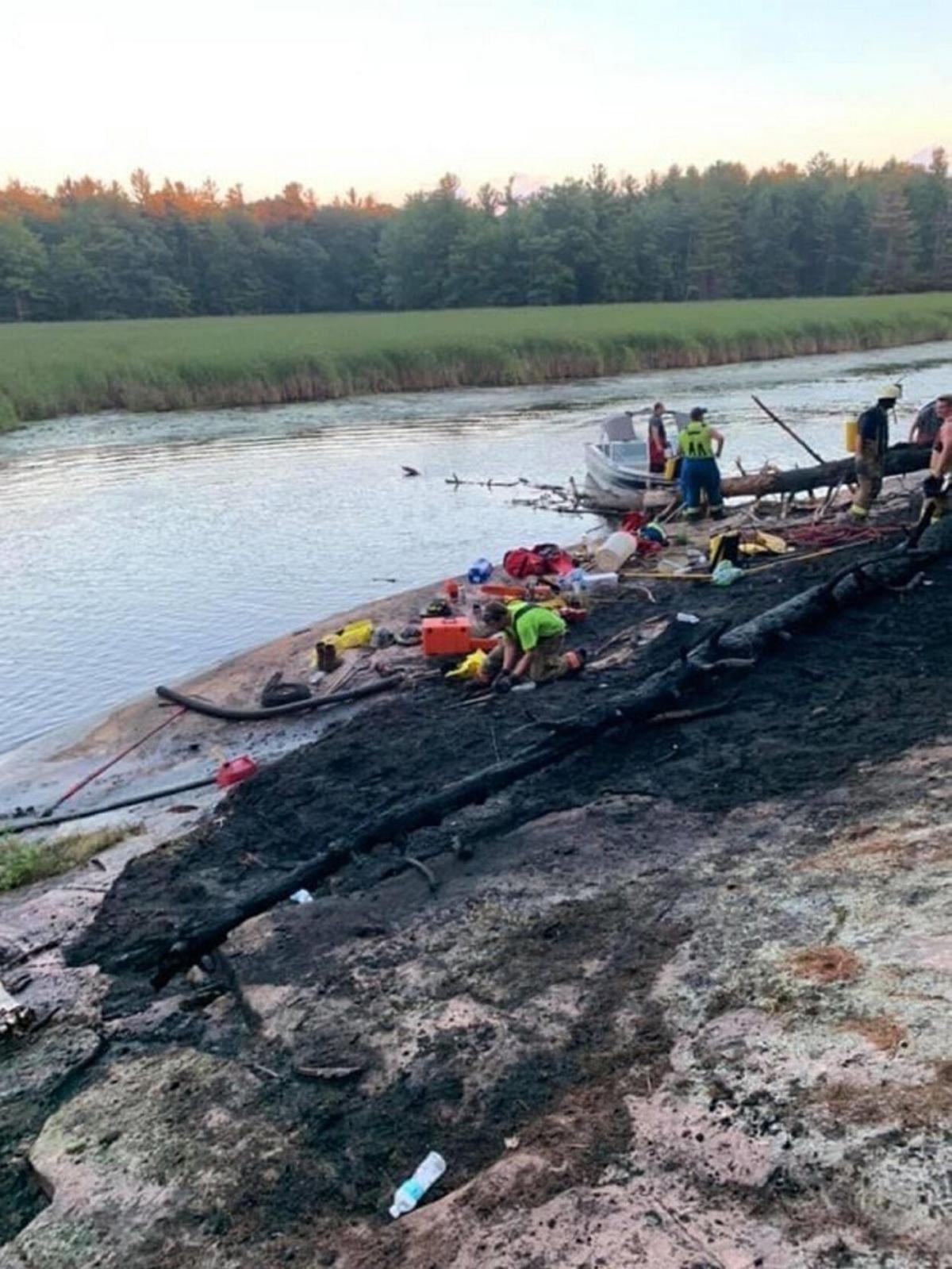 The shore along Chippewa Bay is burned after a brush fire near State Route 12 in Hammond on Wednesday. Photo provided by Nick Friot

A brush fire burns a field near Heron Road in Hammond on Wednesday. Photo provided by Nick Friot

A firefighter works a brush fire off State Route 12 on Wednesday. Photo provided by Nick Friot

The shore along Chippewa Bay is burned after a brush fire near State Route 12 in Hammond on Wednesday. Photo provided by Nick Friot

HAMMOND — About a dozen fire departments responded to separate brush fires Wednesday afternoon in an area the fire chief is calling a “tinderbox.”

Hammond Fire Chief Leonard D. Bickelhaupt said it took about 100 firefighters to contain two brush fires, one of which was heading toward roughly 20 structures.

The firefighters were able to get between the fire and the buildings and save them all. The other brush fire was different — only accessible by boat and burning on rough terrain. It took about 7 hours to get both under control, and even then state forest rangers relieved the firefighters and were still there as of Thursday afternoon.

“Everybody did an excellent job,” Mr. Bickelhaupt said. “They worked extremely hard especially considering the dry conditions and heat. It was a great save.”

The first brush fire was reported at around 3:40 p.m. on Heron Road. When the Hammond department got on the scene, all they saw was smoke.

“The whole hamlet in Chippewa Bay was full of smoke,” Mr. Bickelhaupt said.

So the chief called for mutual aid from around a dozen fire departments. Firefighters started working the fire from Heron Road and from two directions on County Route 6, he said. They concentrated on getting between the structures and fire to hold it back. After hours, they did it successfully as the damage was contained to grass and brush, he said. The fire burned around 10 acres of land and it was unclear how the fire started.

The second fire was reported at around 5:15 p.m. and located near Crooked Creek Bridge on State Route 12. Mr. Bickelhaupt said he sent his first and second assistant chief there while he stayed at the first fire. There was smoke showing from State Route 12, but it was only accessible by boat. The fire was tough to get to as well, burning downward into the ground. And the area was swampy, hilly and full of rocks and trees.

“That one was very hard to get under control,” the chief said. “The conditions were terrible.”

All told, the second fire burned about three acres, and investigators are leaning toward the cause being a campfire. Mutual aid that responded and circulated between the two fires included departments from Lisbon, Morristown, Brier Hill, Heuvelton, Redwood, Alexandria Bay, Plessis, Fishers Landing, Wellesley Island and Clayton. No firefighters were injured, the chief said.

“The neighboring departments were just wonderful,” Mr. Bickelhaupt said. “It is extremely dry conditions out there. It’s a tinderbox in these wooded areas.”