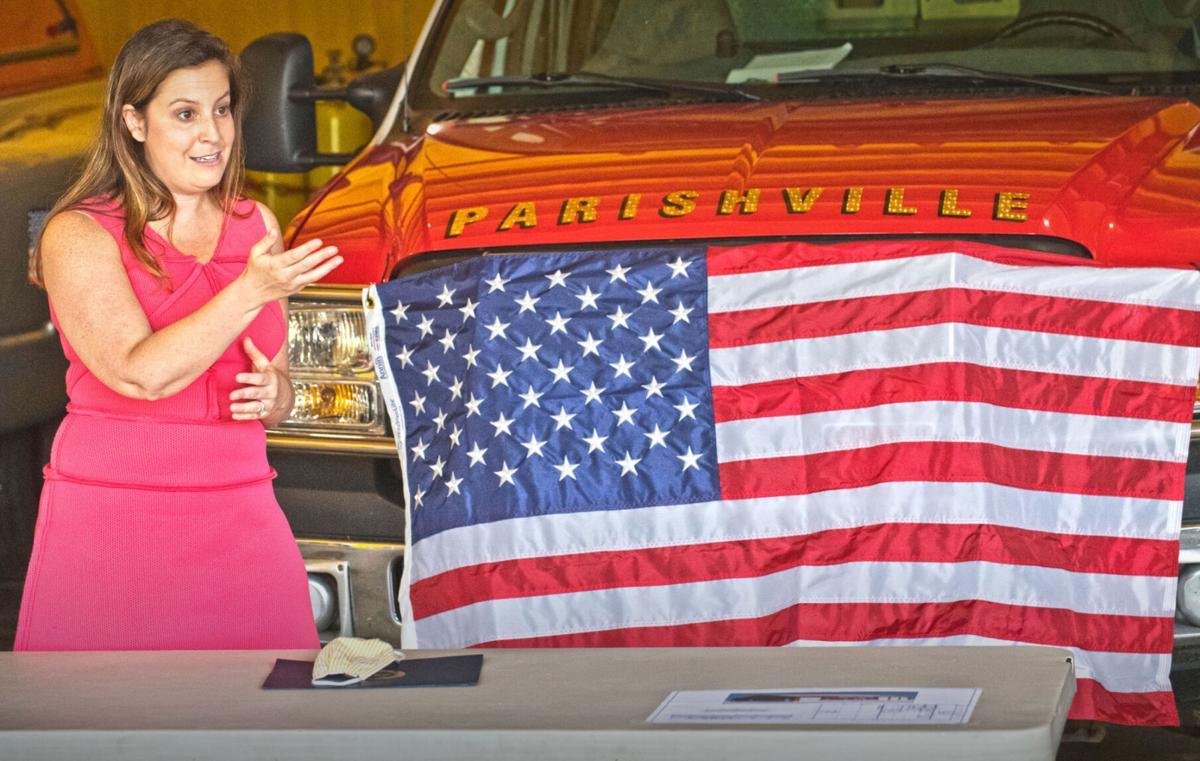 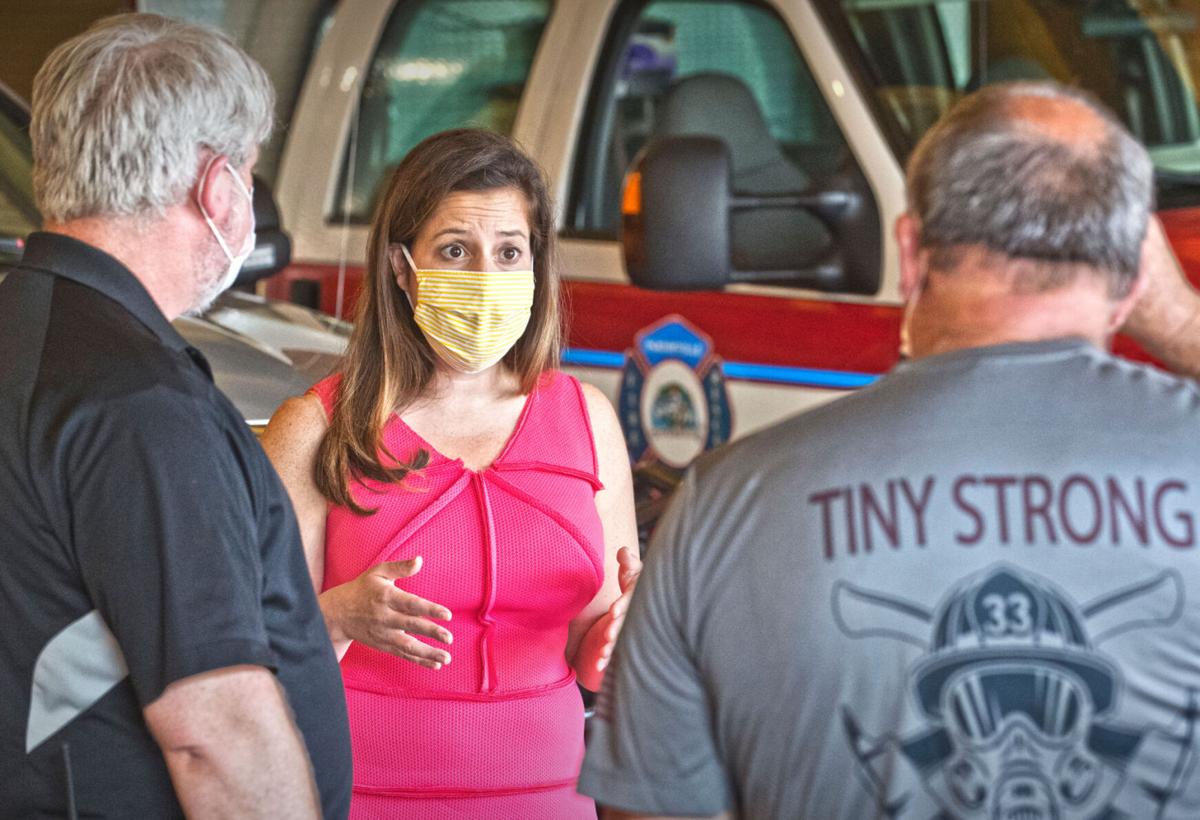 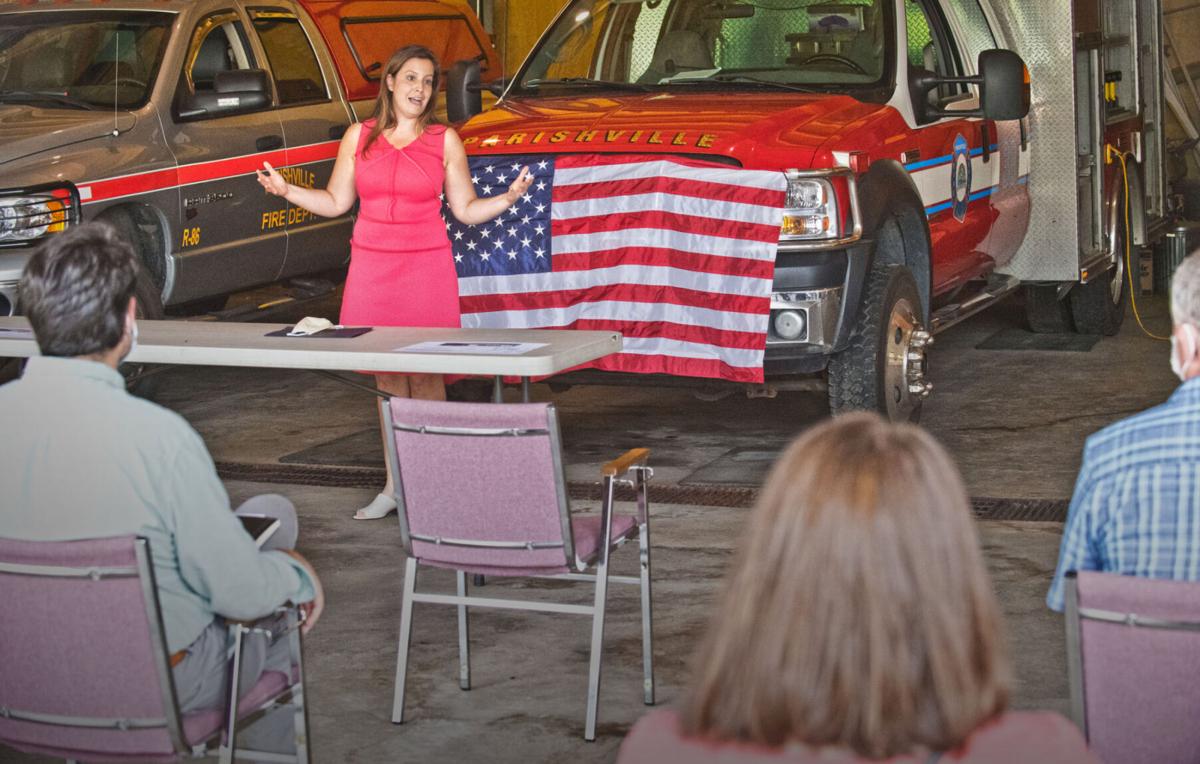 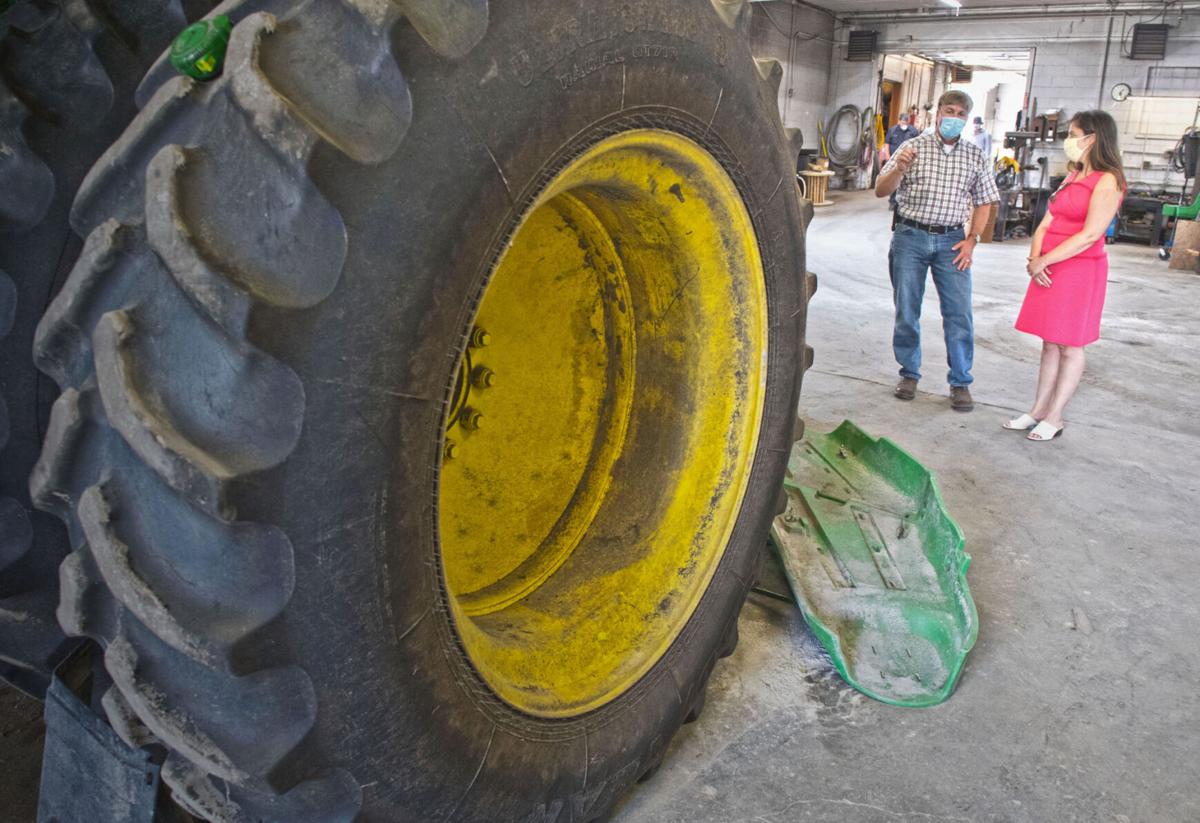 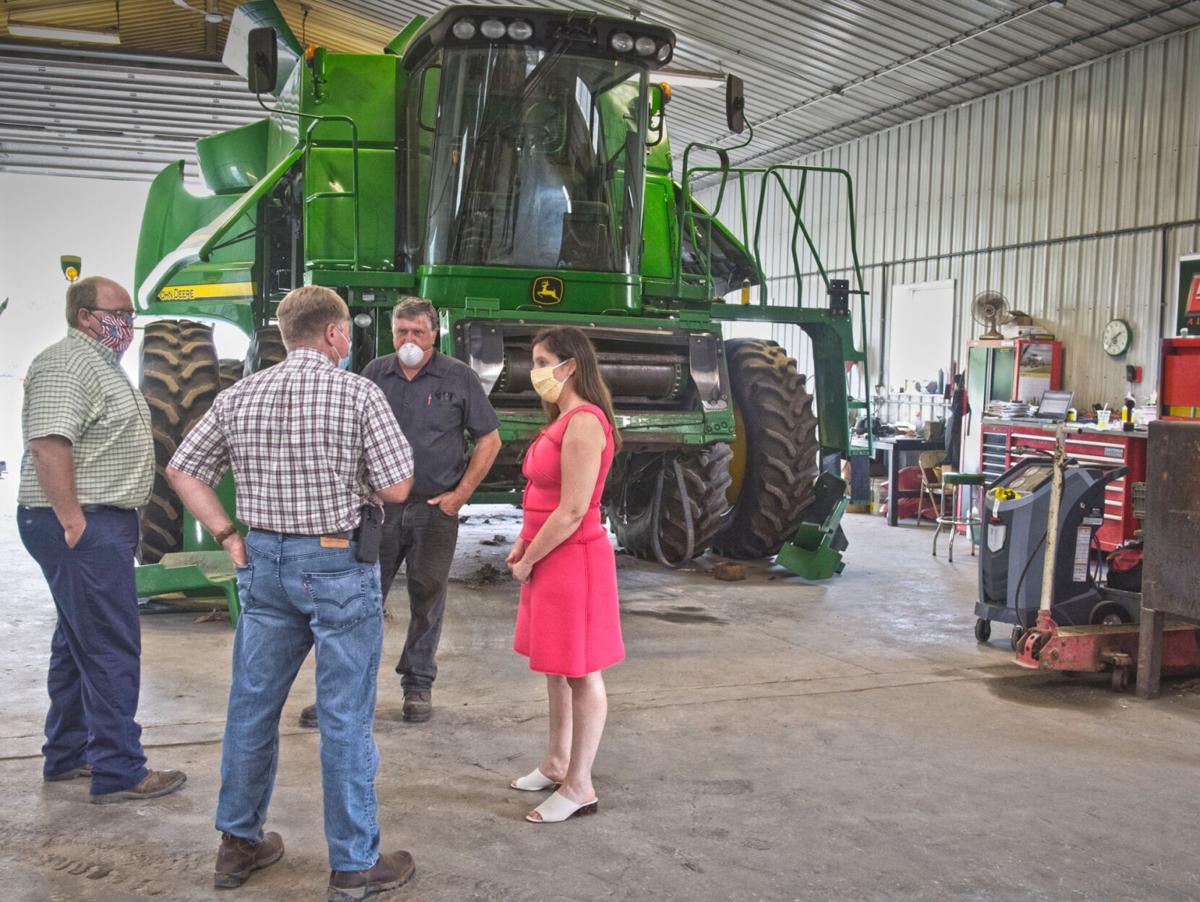 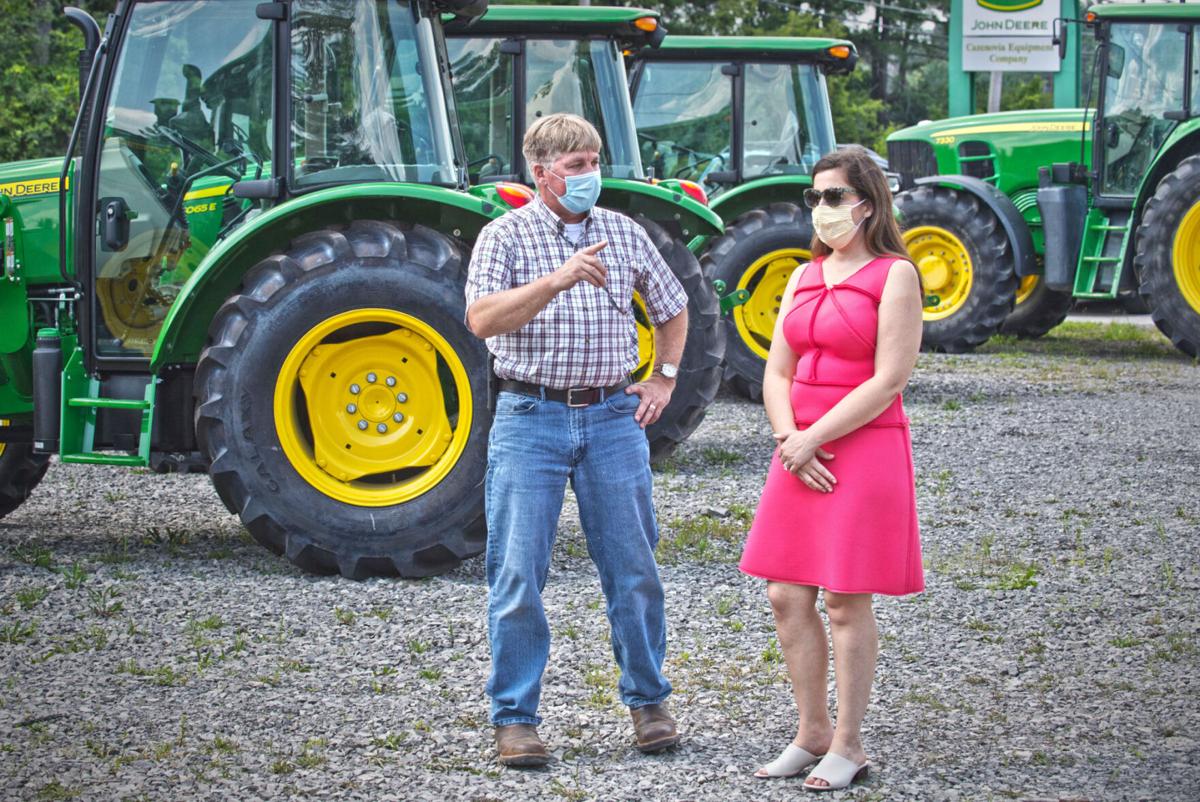 A few weeks ago, Rep. Stefanik said she was on a call with Parishville Fire Commissioner David P. Taylor discussing federal funding for a new fire department facility when she promised him she would come see the building in its current state.

Mr. Taylor showed her facilities that were prone to flooding and overcrowded. He said the station’s meeting room is too small so the department often has to move all its apparatuses outside when the teams train. He also noted parking is limited and pulling trucks out onto the stretch of Route 72 running through Parishville is often dangerous. The new facility won’t have these issues.

“This station is probably the biggest thing to happen hopefully for the next nine, probably the next 20 years,” Mr. Taylor told Rep. Stefanik, who made good on her promise and toured the aging building.

“You respond in all sorts of climates, and we know how tough the winters are here and we know how tough the summers are with some of the wildfires and responses,” Rep. Stefanik said addressing the gathering of local elected officials and fire department personnel. “So, I’m grateful, truly, for all of the support. One of my priorities is ensuring that our federal dollars, our hard-earned taxpayer dollars, come back to the community.”

Mr. Taylor said talks about a new station have been casually ongoing for at least 15 years, but only in the last few did the department follow through on the process. The new facility, set to be constructed across the St. Regis River on Route 72 across from Hillcrest Cemetery, will include more parking space and other upgrades like a room to dry gear and a larger meeting space.

“Our grandkids’ grandkids are going to be glad we have this station,” Mr. Taylor said in closing his remarks.

He said the fire department will settle on an approximately $2 million bid Wednesday and could possibly finish construction within a year, though delays due to COVID-19 could delay the process. Funding for the new facility is being provided through a roughly $2.1 million loan and $300,000 grant through the U.S. Department of Agriculture Community Facilities Direct Loan and Grant Program.

Rep. Stefanik visited Cazenovia Equipment in Canton later in the afternoon. The company, formerly LaBerge and Curtis, services and sells equipment for lawn and turf as well as commercial grade agriculture machinery. Rep. Stefanik used the visit to highlight the importance of farmers and agricultural workers amid the COVID pandemic.

“Particularly during COVID, I believe that all workers are essential, but no one is more essential than our farmers,” Rep. Stefanik said. “And companies like Cazenovia Equipment have had to manage and ensure that our farmers are able to get access to the parts, to the updates, to the equipment that they need to get through this crisis.”

General Manager Jim Curtis Jr. told the congresswoman that his company has had a difficult time keeping inventory stocked during the pandemic as supply chains for individual parts coming from places like Europe and China were disrupted.