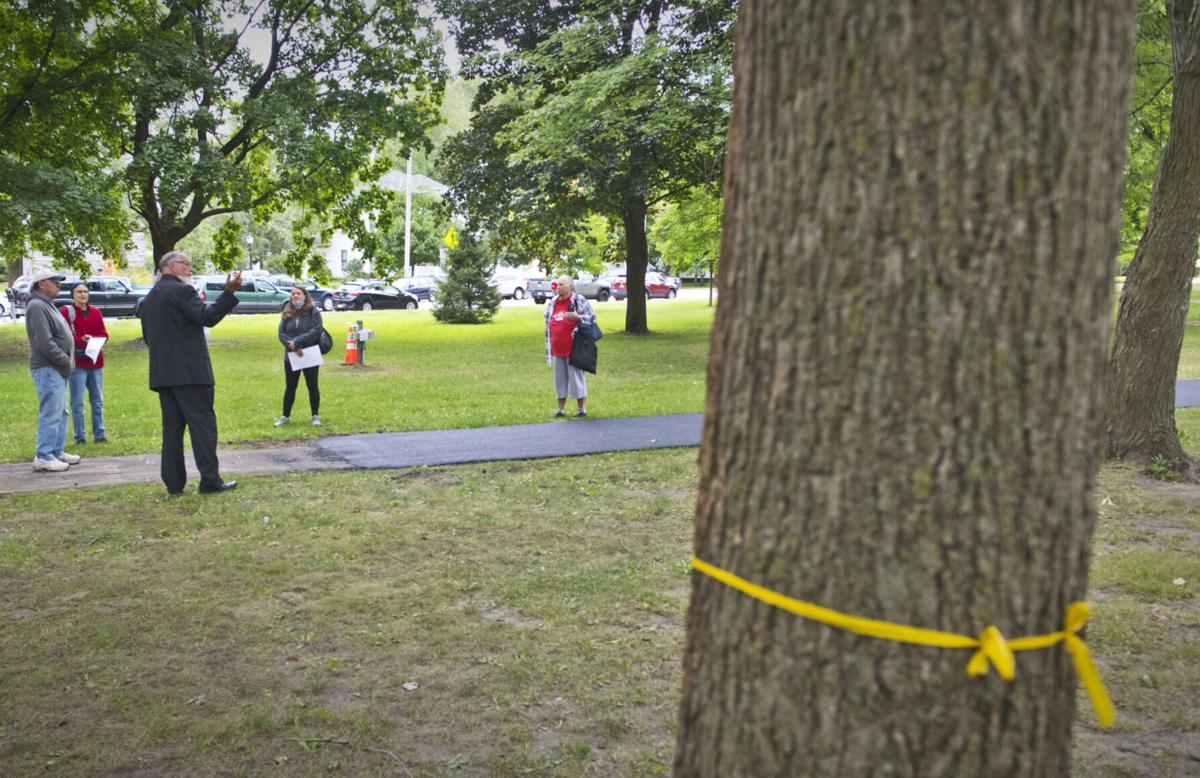 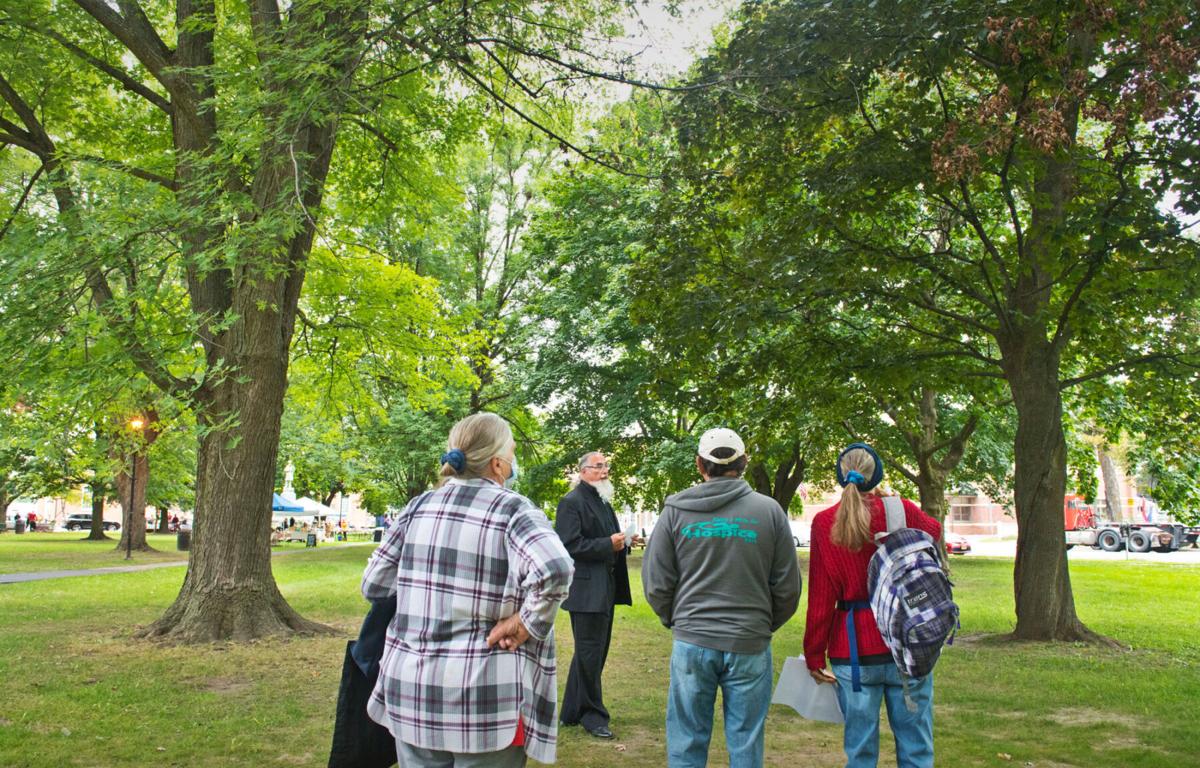 CANTON — Walk across the green at the center of the village and you’ll walk atop an unseen sprawling root system.

The Canton Village Park is an aptly categorized urban forest, to be thinned and bolstered in a $40,000 public-private project starting this fall.

Canton’s First Presbyterian Church, 17 Park St., owns the park, though maintenance is handled by the village Department of Public Works through an agreement dating back to the 1820s.

The park’s silent witnesses over 200 years have been the trees shading the meeting ground, vigil site, festival venue and home of the seasonal farmers’ market. Bounded by Main and Park streets, the park is now shaded by 60 trees, each with underground extremities and leafy crowns. A mix of sugar, red, silver and Norway maple, northern red oak and linden comprise the bulk of the stand.

“Until you start looking at some of the trees, you don’t realize how bad they are,” Canton native Brian D. Gardam said following a Friday morning tour.

The St. Lawrence County Soil and Water Conservation District has been working with the village Tree Committee and First Presbyterian to revitalize the treescape using DEC funds awarded earlier this year. With recommendations from county forester Aaron Barrigar, grinding will level two stumps, and 12 dead or dying trees will be removed. A variety of seven maple species, three ash, one American elm and one Norway spruce are marked to be removed due to frost cracks, dieback and mower damage.

Work on the remaining 48 healthy trees will involve pruning, cleaning of crowns, soil aeration and mulching. The removed trees will be replaced by 24 new plantings.

“If they don’t do it now, they’ll no doubt have to do it in a few years,” Mr. Gardam said. “I’m happy to see the village is being proactive.”

In December, the DEC announced $1.4 million in UCF funding for publicly maintained trees. Over the last decade, the state has issued more than $12.6 million through the program. In last year’s 15th round, the north country region was awarded grants for the city of Watertown and the villages of Malone, Saranac Lake and Canton.

Canton’s $14,000 portion is supporting the development of a Community Forest Management Plan outlining annual tree maintenance practices, long-term protections and a response to potential emerald ash borer infestations. All of the park’s three ash trees are among those marked for removal.

The village Board of Trustees approved a bid this summer for the management plan contract with LBS Ecological, a landscaping and ecological planning firm based in the Finger Lakes. The bid was unanimously recommended to the board by the village Tree Committee.

On Arbor Day this spring, the state announced a second sum of UCF funding added to the 15th round. Another $1.18 million brought the round’s total to roughly $2.6 million for urban forests across the state.

Canton was the only north country municipality to be awarded additional funds. The village is receiving $32,000 for the park’s tree work, with a local match of $8,000 covered by the town. Town Council approved the supplemental funding in June.

The second-phase funding project to remove, service and replant is anticipated to start this fall. Economic Development Director Leigh Rodriguez said the bid deadline for the removal and maintenance work is next week. The Soil and Water Conservation District will be handling the replanting of native species, based on species’ height and hardiness and the park’s soil.