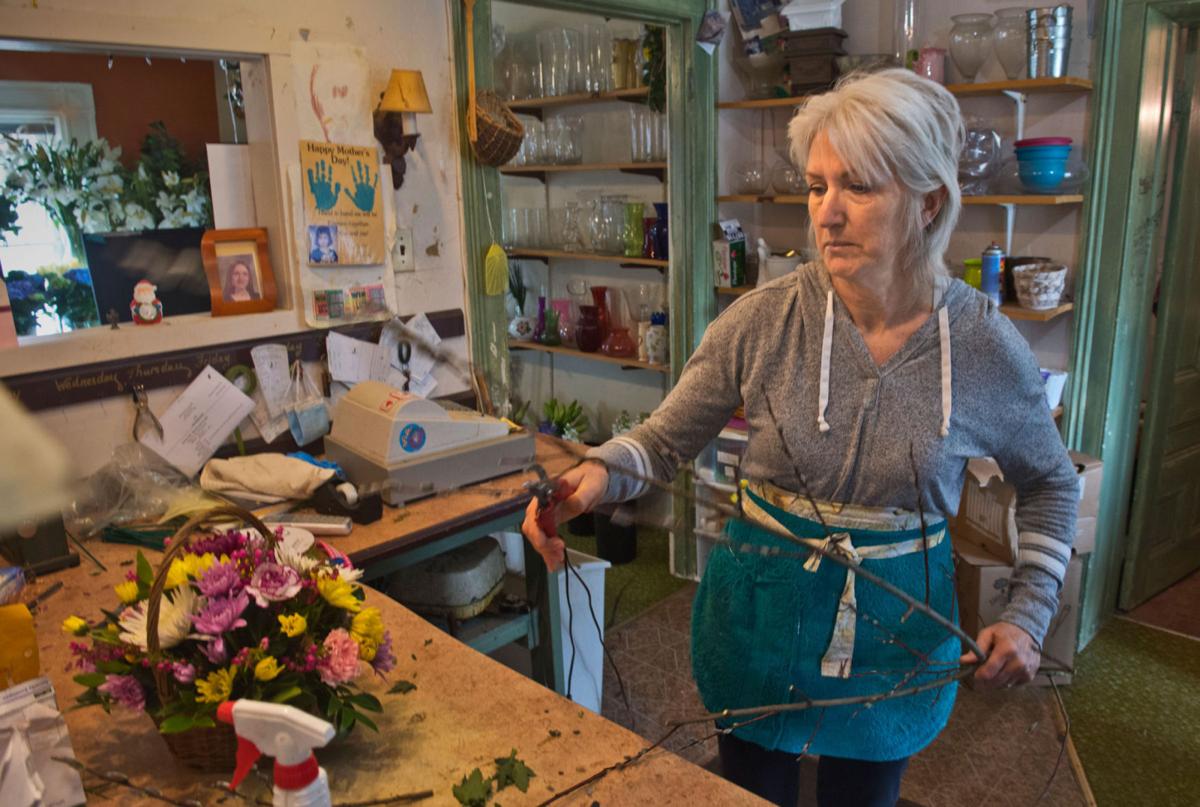 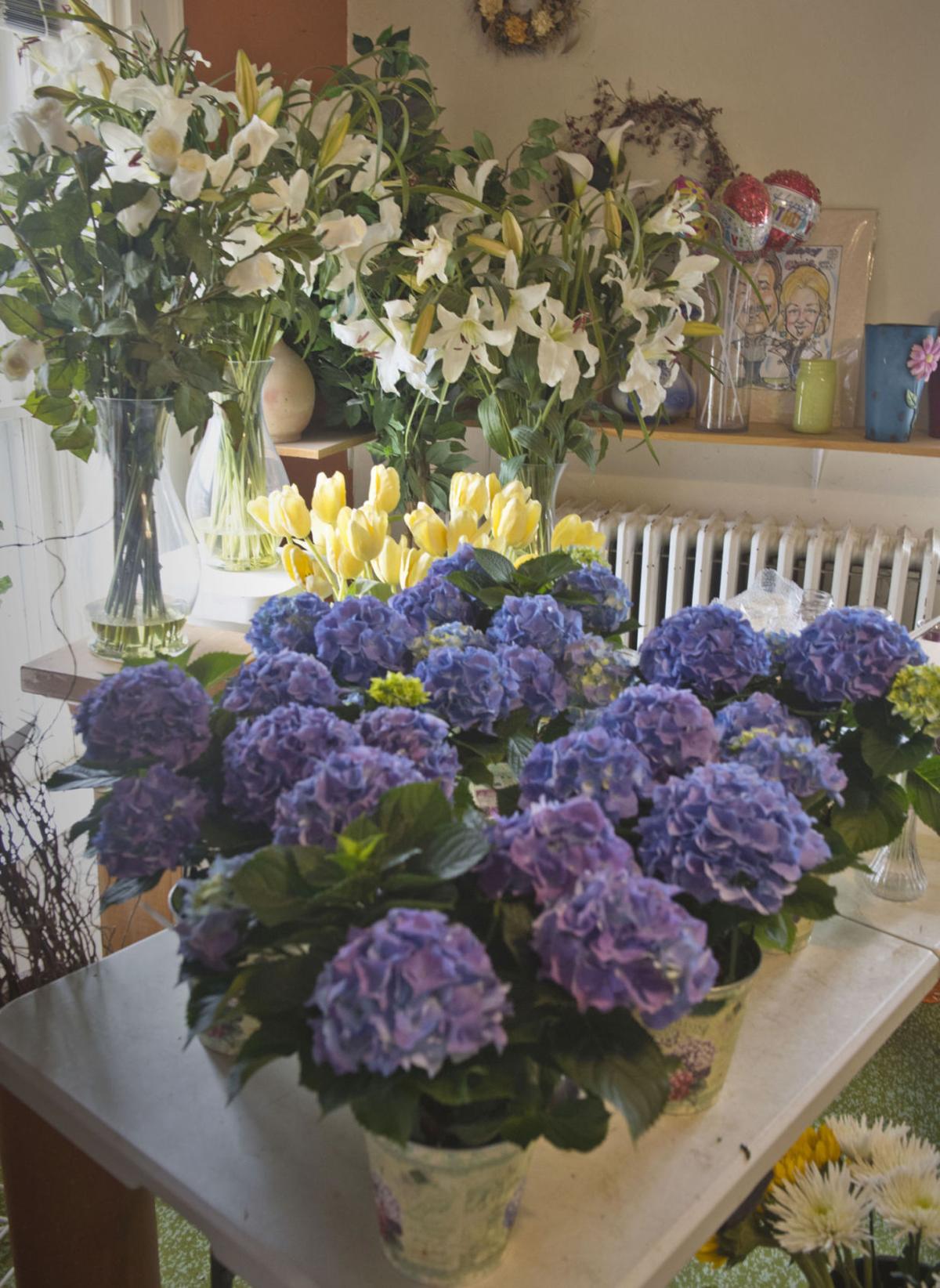 Flowers to be delivered for altar decorations for churches streaming Easter Sunday services are lined up Friday at the Domena home in Waddington. Christopher Lenney/Watertown Daily Times 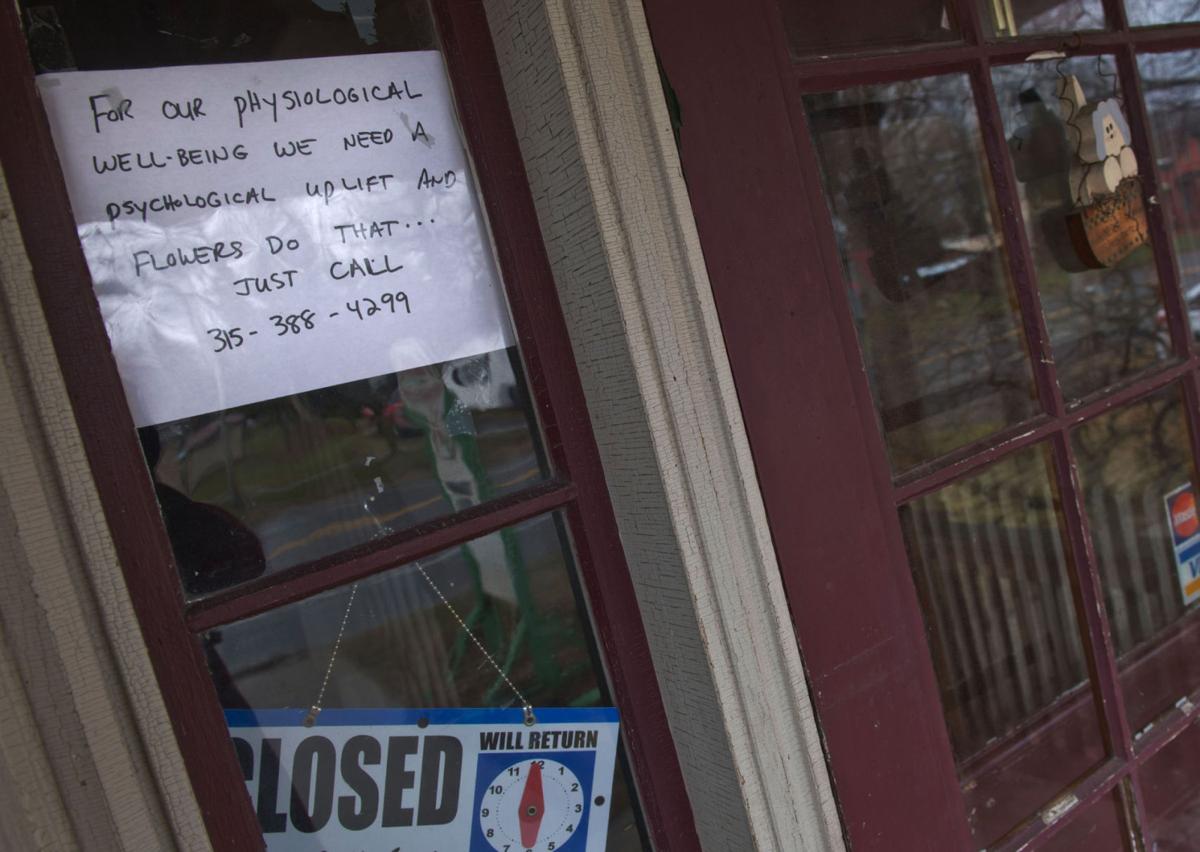 A hand-printed sign proclaiming the power of flowers hangs on the front door of the Domena home in Waddington. Christopher Lenney/Watertown Daily Times

Flowers to be delivered for altar decorations for churches streaming Easter Sunday services are lined up Friday at the Domena home in Waddington. Christopher Lenney/Watertown Daily Times

A hand-printed sign proclaiming the power of flowers hangs on the front door of the Domena home in Waddington. Christopher Lenney/Watertown Daily Times

WADDINGTON — When Madrid-Waddington and Lisbon Central School Districts canceled their spring musicals last month as part of widespread efforts to prevent the spread of COVID-19, buckets of carnations sat inside the Domena residence.

They wouldn’t be sent backstage and gifted to local teens acting their hearts out. But they certainly wouldn’t wilt without first making someone’s day, either.

“You have to be pretty resourceful in these times,” Christine Domena said this week.

Mrs. Domena and her husband Bobby have managed Waddington Blooms out of their Lincoln Avenue residence for nearly two decades, and Mrs. Domena has more than 35 years of experience in the flower business.

After the Domenas received news of the musical cancellations, they offered a carnation special: $10 for a dozen.

Though the front door of Waddington Blooms is closed to in-person visitors, the Domena phone line is open, and Christine and Bobby continue to deliver, leaving flowers on doorsteps and asking customers to pay by card or work out another no-contact payment arrangement.

The couple also has decided to waive delivery fees within a 20-mile radius of Waddington Blooms during the pandemic.

Order volume has decreased over the last month, the Domenas said, but business has been steady, particularly during Easter week.

And when a Waddington family placed a flower order for Claxton-Hepburn Medical Center staff, the Domenas refused to let the family pay full price.

“Waddington is a really nurturing community as far as businesses,” Mrs. Domena said. “We take care of each other.”

After attending SUNY Potsdam as an art student in the 1980s, Mrs. Domena took jobs that took her across the state. She worked at her sister’s flower shop in Canton and eventually started her own shop in Waddington. And she’s always brought an artistry, a creativity, a vibrancy to her florist work, Mr. Domena said.

“I couldn’t imagine not doing it,” Mrs. Domena said. “There’s nothing better when you knock on someone’s door with a bouquet of flowers.”

Even with community support, Waddington Blooms, like small businesses around the country, has been challenged by the social and economic standstills incited by the novel coronavirus.

The Domenas have found it difficult to keep flowers stocked, but have arranged to buy cuts directly from area producers. And while the shop is closed to customers, they’ve developed a “porch exchange” protocol to maintain social distances.

But setbacks and operation adjustments have only made Waddington Blooms’ mission more essential, Mr. Domena said, as he read the sign that hangs on the shop’s door.

“For our physiological well-being, we need a psychological uplift,” he said. “Flowers do that.”