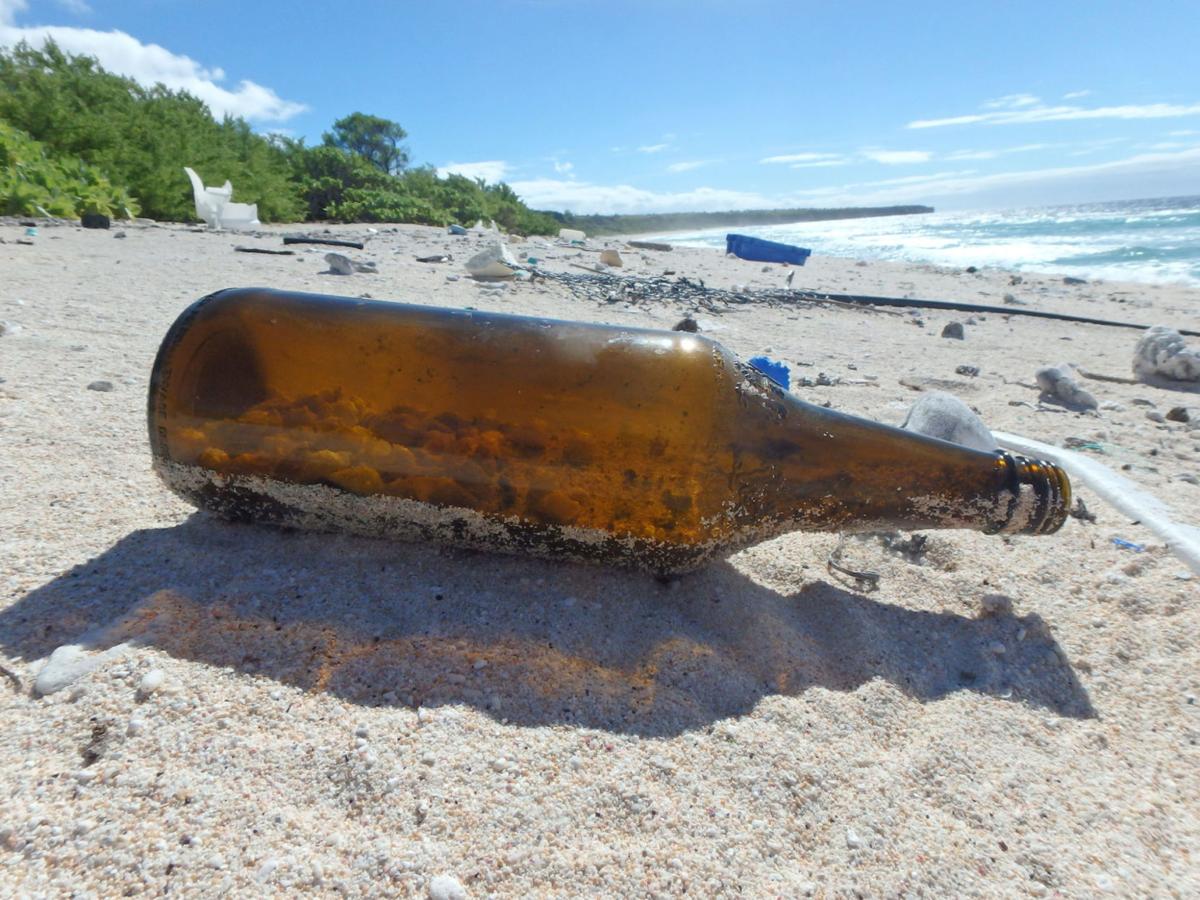 Hermit crabs are trapped inside a glass bottle. When a hermit crab dies, it emits a chemical signal to let others know that a potential shell has become available, attracting others — in this case, to their death. Trustees of the Natural History Museum 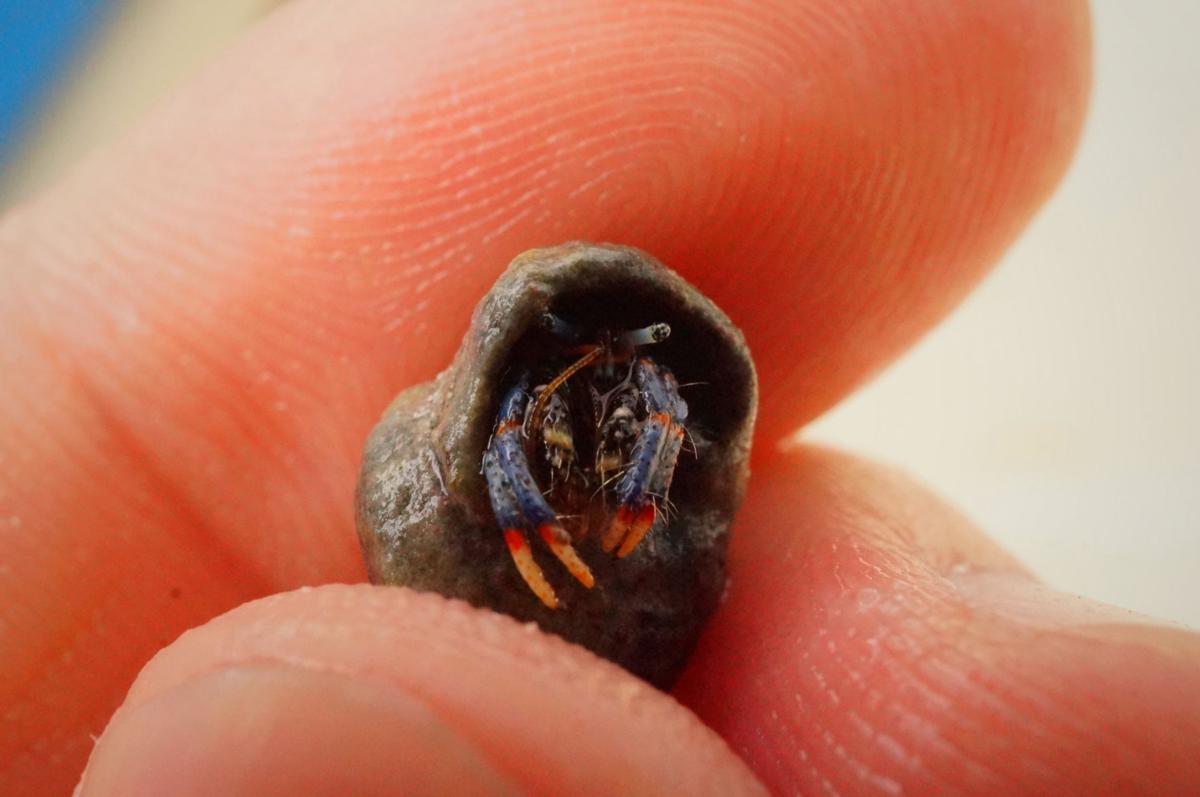 Hermit crabs are not born with a shell and spend much of their lives seeking one that needs to be replaced as they grow. Pexels

Hermit crabs are trapped inside a glass bottle. When a hermit crab dies, it emits a chemical signal to let others know that a potential shell has become available, attracting others — in this case, to their death. Trustees of the Natural History Museum

Hermit crabs are not born with a shell and spend much of their lives seeking one that needs to be replaced as they grow. Pexels

A study that called attention to a remote cluster of islands off Australia’s coast was met with international concern when it published in May. In a harrowing account of their trip to the Cocos (Keeling) Islands two years prior, researchers recalled seeing beaches that were “literally drowning in plastic.”

An estimated 414 million pieces of it.

But Jennifer Lavers and her research team now say they made another startling observation while digging through copious amounts of litter on that 2017 trip: Many of the bottles, cans and containers were not empty. Scores of hermit crabs, mostly dead, were trapped inside.

The scientists say plastic debris has caused the deaths of more than half a million hermit crabs on the Cocos Islands and the similarly remote Henderson Island in the South Pacific. Their findings illustrate yet another consequence of man-made waste that enters the world’s oceans and pollutes its beaches — defiling nature in ways that foster unsettling imagery. Turtles with straws in their nostrils. Sperm whales with pounds of garbage in their stomachs.

And now, hermit crabs — lured into slippery plastic bottles they cannot climb out of.

“The question was, is Cocos unique, or is this a more widespread problem that could be happening anywhere?” Lavers, a researcher with the University of Tasmania’s Institute for Marine and Antarctic Studies, said.

“That’s what these two islands suggest: A lot of places where you have crabs and debris, this is probably happening.”

The staggering amount of plastic waste on the beaches of Henderson and Cocos Islands is well-documented, but Lavers says their research focused on its effect on hermit crabs is the first of its kind. They estimate 570,000 of the crabs have been killed on Cocos, which is composed of 27 islands, and that 61,000 more have died in a similar fashion on Henderson Island, located more than 8,000 miles away.

Hermit crabs are not born with a shell and spend much of their lives seeking one that needs to be replaced as they grow, said Alex Bond, a curator of London’s Natural History Museum, which assisted in the study.

When a hermit crab dies, it emits a chemical signal to let others know that a potential shell has become available, Bond explained. Thus, a crab that dies after trying to make a home out of plastic sets off an insidious chain reaction: The smell attracts another who dies, and so on, generating an ultra-strong signal that leads even more of the crabs to an almost-certain demise.

“It’s not quite a domino effect. It’s almost like an avalanche,” Bond said. “Hermit after hermit going into these bottles thinking they’ll get their next home, when in reality, it’s their last home.”

It’s unclear how this loss has affected the overall hermit crab population, Lavers said, because the team doesn’t know how many crabs live on the islands. The next step for her team is to determine whether the mortality rate they’ve observed has fueled population shrinkage.

Previous reports suggest the hermit crab population on the Cocos Islands is declining, Lavers said — potentially compromising a marine ecosystem that relies on the crabs to fertilize soil, disperse seeds and eat detritus.

Up until now, there was no clear indication why.

“This starts to point us into a direction we can investigate further,” she added. “In the meantime, the numbers are significant.”

Thankfully, Lavers and Bond say, the problem can be remedied.

“This is a perfect opportunity for those who were thinking about getting involved” in beach cleanups, she said. “It’s not just removing plastic from the beach because it’s unsightly, but it’s potentially doing a lot for hermit crab populations.”