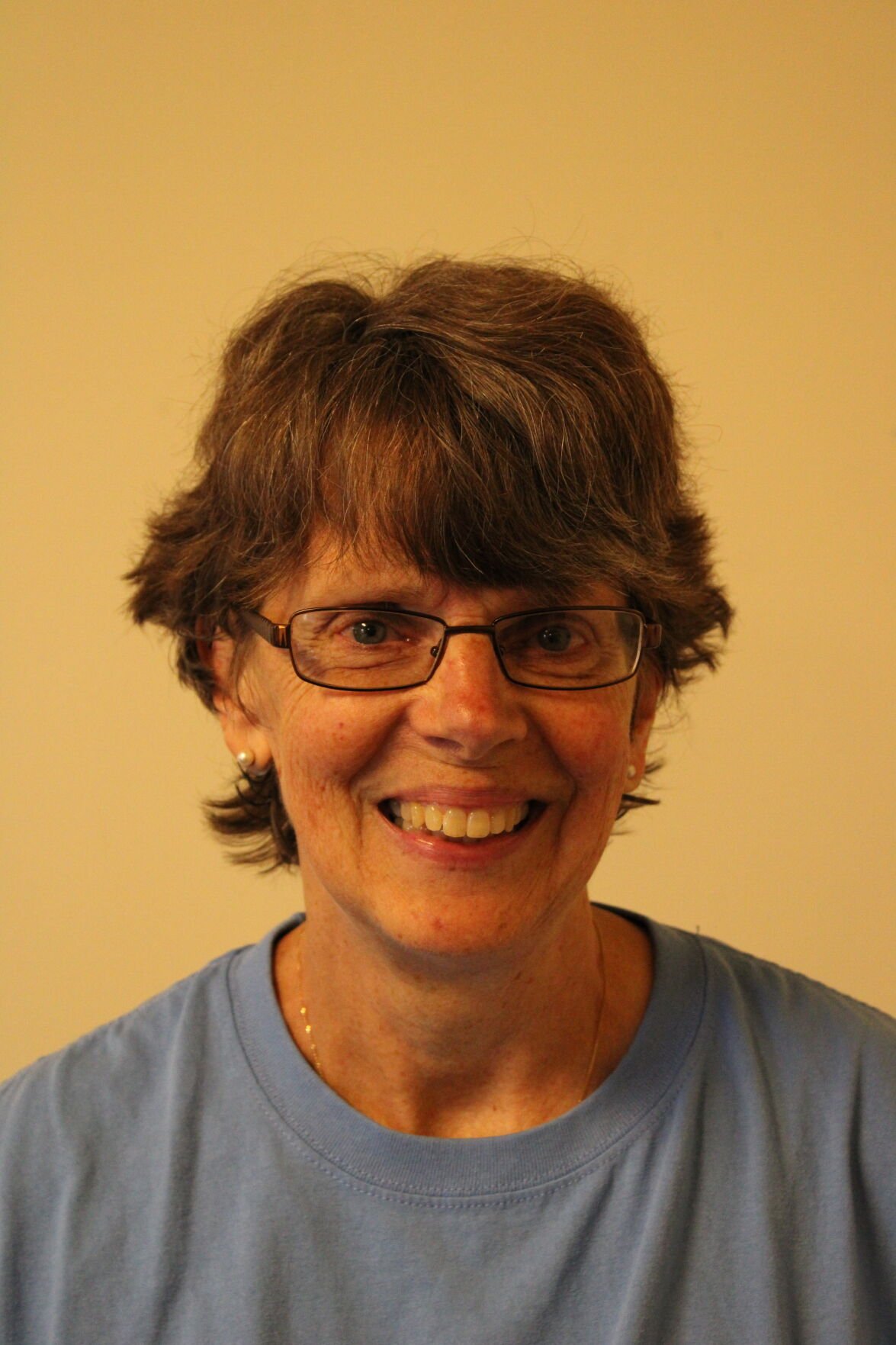 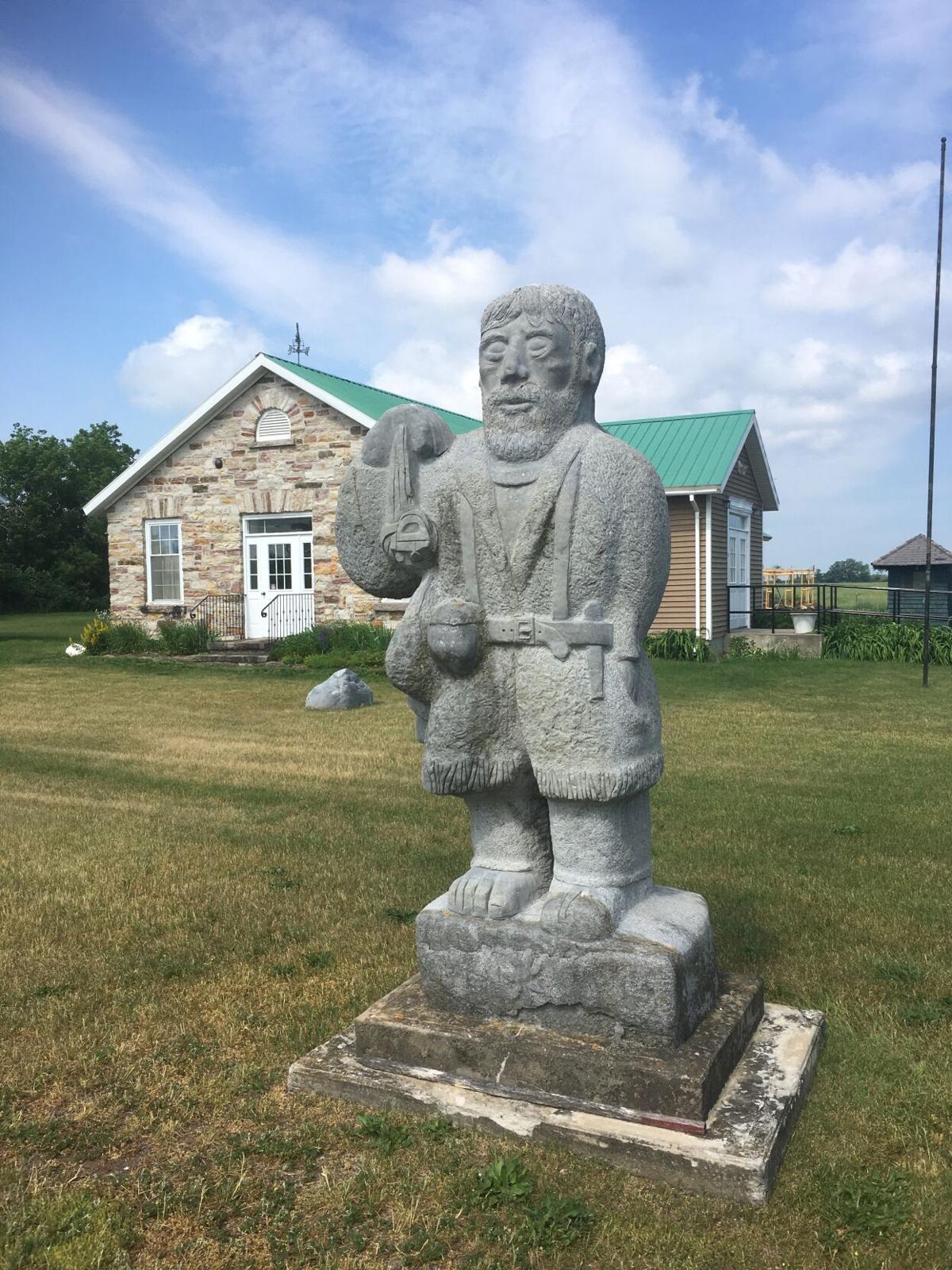 The stone statue, carved by the late artist, Carmen D’Avino, is the rendition of what he thought the first settler, William McNeil, was like. It is located out front of the Hammond Historical Museum. Donna Demick photo

The stone statue, carved by the late artist, Carmen D’Avino, is the rendition of what he thought the first settler, William McNeil, was like. It is located out front of the Hammond Historical Museum. Donna Demick photo

Mohawk natives were the first to lay claim to the Hammond area, but in 1795 they gave it up to the United States as part of a treaty plan. Purchasers of the land were Alexander Macomb, then David Ogden, followed by his brother-in-law, Abijah Hammond, a New York City merchant and speculator, who had never even seen this area. In 1814, David Parish bought nearly 29,000 acres from Mr. Hammond.

The first known settler was William McNeil, who came from Vermont sometime before 1812. He lived as a hermit in a niche in the rocks of Chippewa Bay. William Wiley, also from Vermont, came in 1812 and cleared land to farm in what is now part of the village of Hammond.

Scottish immigrants began coming in 1818, clearing land and setting up farms along Chippewa Bay Road. They started out with log shanties and later many built charming sandstone houses. By the late 1850s, there were 40 stone houses. South Hammond was first settled by Samuel Webster and William Taplin in 1819. That same year, George Elliot was the first to settle in the hamlet of Oak Point.

Hammond was part of Morristown and Rossie until it was officially established in 1827. The first town supervisor, Sylvester Butrick, became a New York State assemblyman just a few years later. In St. Lawrence County, Hammond ranked 20th in population, it was the 21st town and it was 22nd in actual size with 160 islands. The population in 1830, was 767 and it peaked at 1,968 in 1860. More statistics for the 1860s was in reference to the Civil War where 162 Hammond men fought and 32 were killed or died of disease.

The early settlers were able to make money with black salts. potash, timber, glass making, and wheat. The 1844 state census listed three asheries put out $3,300 of pot and pearl ashes, three tanneries did $5,300 worth of leather, six sawmills took in $2,775, and a glass factory brought in $1,000. The railroad came to Hammond in 1875 with a depot in the village and later one was added in South Hammond to accommodate many carloads of sandstone from the quarries which went to big cities for paving blocks.

In the 1870-90’s, Hammond was thriving with businesses within the village, as well as South Hammond, Chippewa Bay, Oak Point and North Hammond. A weekly newspaper, Hammond Advertiser, was first published in 1886 by David Moyer. As it was with many north country towns, farming continued as a substantial way of living. Much of the milk went to one of ten cheese factories, two of which made Limburger cheese.

Thirteen one-room schoolhouses provided solid education for the children and Hammond became the first town in the county to have a graded school in 1882. There were three churches: Presbyterian, Methodist and Universalist. The town hall, built in 1889, not only served as the place for town business, but it was also an opera house where wonderful shows entertained the residents.

In the 1800s, the St. Lawrence River served as a source to ship goods as well as passengers. Crossover Island Lighthouse was built near Oak Point In 1847 and the light helped in guiding the ships. Joseph Denner was a well-known boat builder in the 1870s. Residents and non-residents started buying islands or lots along the river and built cozy or huge summer cottages. Tourists could rent a cabin on the river at Schermerhorn’s Landing or Blind Bay or they could stay at the lovely Willows, later known as Oak Point Inn or Cedar Island Hotel.

This article only skimmed the surface of 1800’s history in Hammond. A future article may contain highlights of the town’s history from 1900 to present.