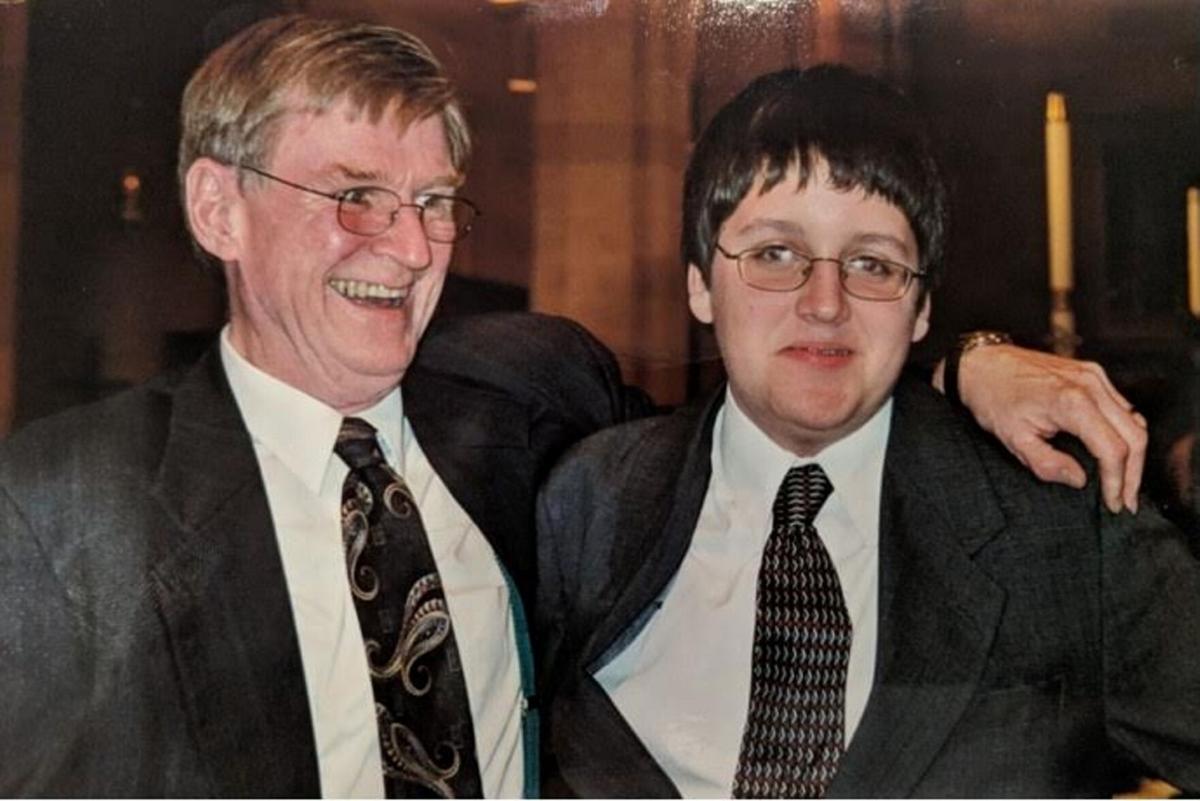 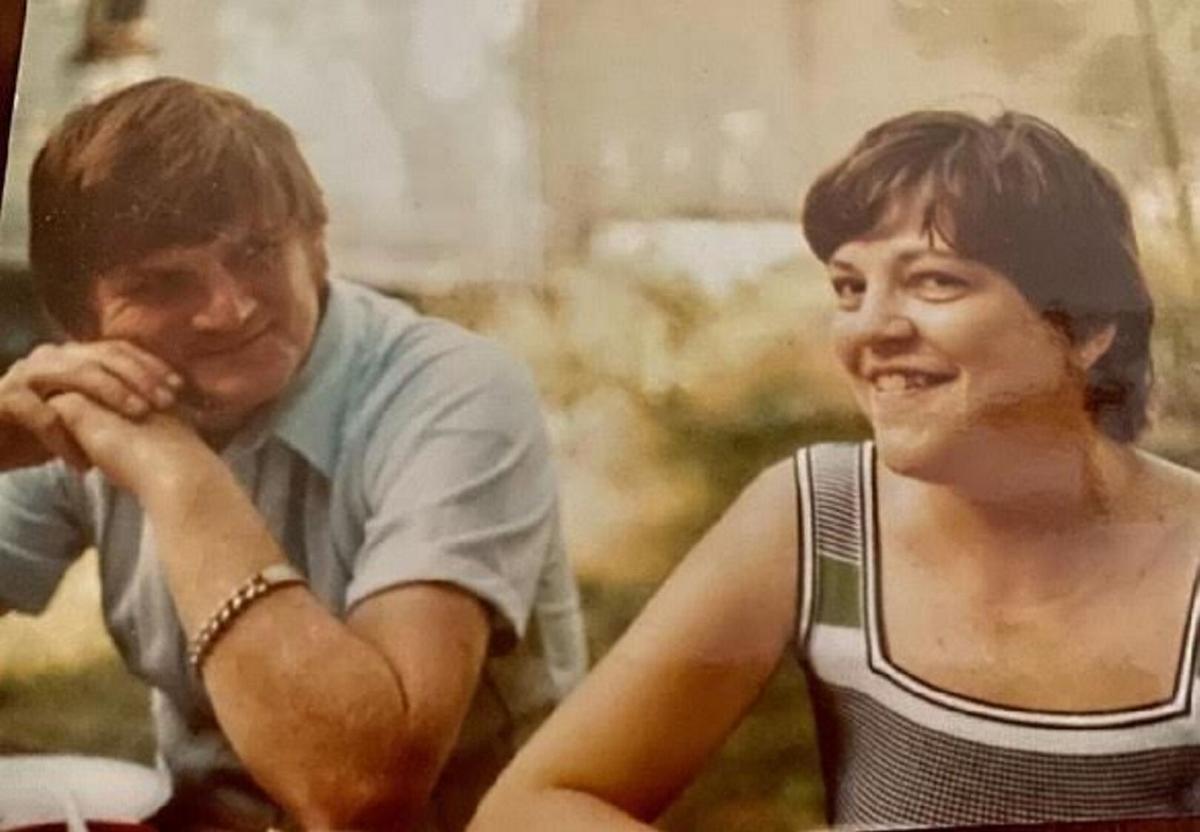 John and Ann Byrne were a devoted couple with a great love for the St. Lawrence River. Provided photo 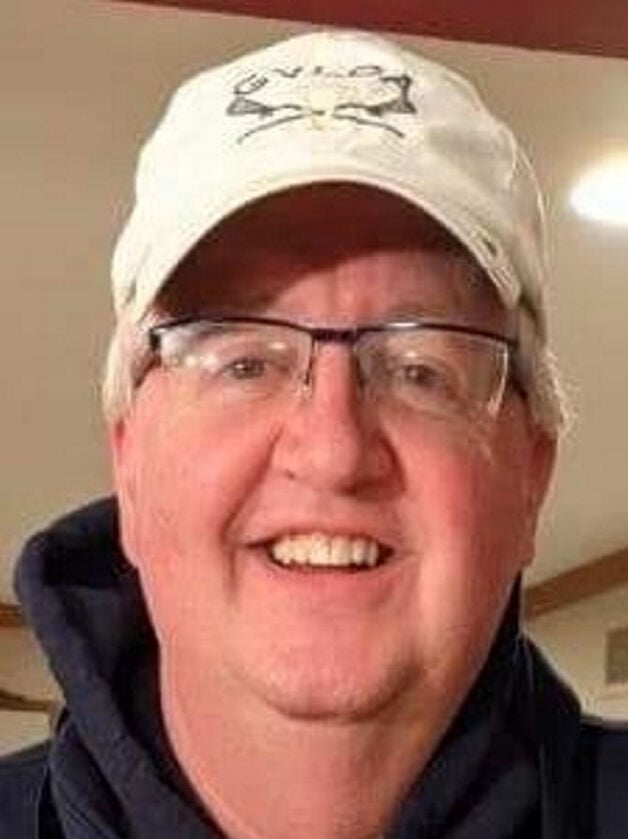 John and Ann Byrne were a devoted couple with a great love for the St. Lawrence River. Provided photo

One of the funniest guys I ever met spent about three summers in the 1990s in the North Country. John Byrne and his wife, Ann, got their first taste of the North Country while visiting my mother’s home in Morristown with its spectacular view of the St. Lawrence River. They were hooked immediately.

They consulted a realtor and bought a simple cottage on land leased in Blind Bay from Dave Marsaw of Hammond and became devoted River Rats.

Before working from home was commonly accepted, John figured out how to cram his sales calls and paperwork into four days, and then he seemingly made the trek on the Thruway from Rochester to Syracuse, headed up I-81, then wheeled up Route 12 into Blind Bay every week during the summer.

He and Ann loved their setting. Their cabin was perched on a ridge about 30 feet above the entrance to the bay. In the evenings, he could look through the pines and watch the sun’s light show in the western sky. When the clouds were right, they could see the golden trail the sun’s rays made as they skipped off the river’s expanse. They loved to go on walks or listen to their scanner as ships broadcast their details as they passed Crossover Island.

As Ann’s health declined, they had to give up their cabin. But they never lost their fondness for the river.

I first met John through friends at Church of the Blessed Sacrament on Rochester’s southeast side. He was average size, but he stood out for his ruddy cheeks, red hair and infectious laugh. He always seemed to be in a hurry, hustling from one enterprise to another, fulfilling a busy schedule or taking care of his wife. That is probably why his friends called him Johnny Byrne – the quicker cadence to his name matched this man in motion.

John was a natural salesman who could successfully show his line of janitorial supplies, or the knick-knacks in his curio shop, or a Christmas tree at the church holiday sale. I saw him in action at the holiday tree sale when he would find the type of tree you wanted, drop a positive comment or two about how it wouldn’t lose its needles or that it fit well within a small apartment, then he would stop talking. He knew enough to hit the brakes on his sales pitch and give clients time to imagine how the tree would look. Within a few moments, he usually made the sale.

By the end of the evening, John would lead his sales force up to a local watering hole, where he was careful to keep the sizable Christmas tree proceeds separated from the meager Byrne family bankroll. It was easy to tell when he reached into the wrong pocket. “Geez, I look like a pimp pulling this money out,” he said. “But if I were a pimp, I doubt I could earn much from your faces.”

Perhaps his greatest sin was that he was a serial talker during Mass. Our priest, Fr. Bruce Ammering, often hadn’t given the final blessing after Communion when John would turn around from the pew in front of us and start discussing parish business or how we should plan a dinner together.

He did his best work during Mass. He recruited my wife Mary and I, then childless, to work the overnight shift at the homeless shelter in the church basement. We were easy pickings. I worked till 1 a.m. on the sports copy desk, arrived at 2 a.m. with Mary for the overnight shift, put water to the boil at 6, and ushered everyone out the door by 7. Then it was our turn to sleep. It was like agreeing to jet lag.

Sometimes, I think we agreed easily with John just to cease the sales pitch during the Offertory. He talked us into running the 40/20 Club to “meet people in the parish.” John made it seem simple. You recruit parishioners to give $40, conduct a drawing for 20 consecutive weeks, then organize a restaurant dinner for the donors. “It practically runs itself,” John assured us.

We had already said yes before we figured out John was dumping it off his plate. We never imagined the phone calls, the details, tracking the money, and the sexist guy who would disregard anything Mary said because “I need to hear this from your husband.”

One day during the Offertory, John turned to me and asked about our daughter with Down syndrome. “Is Katie a Mongoloid?” he said innocently. “I think that’s what my brother has.”

John’s older brother, Billy, had been placed on a farm in neighboring Wayne County on the advice of a doctor. This common practice of the 1940s was as misguided as use of the term Mongoloid. John meant no ill will; he was just sorting out a confusing aspect of his own childhood. We weren’t offended.

John knew how to tease you and never offend you. It was in church the first time when Mary balked at one of his schemes and he turned me to said, “She’s such a bitch.” You could never get mad at John.

When Mary and I directed a segment of Pre-Cana instruction on Couple Communication, we always held up John and Ann as the selfless couple that would give you the shirts off their backs if they felt you needed one. Ann had endured diabetes since childhood. It was so severe that she required a kidney transplant from her brother Ed and endured heart problems. John remained unfazed. He was her greatest protector and advocate. They were a living definition of “in sickness and in health.”

When Ann lost her foot to poor circulation, a result of her diabetes, John fielded an unfortunate phone call a couple of days later. The church office inquired if Ann wanted to participate in the Washing of the Feet on Holy Thursday. “Well,” said John. “If we can get the foot back, we will send it in for a washing and a shine.”

The unwitting caller felt terrible for asking. John simply laughed at the coincidence.

One of my favorite Johnny Byrne stories occurred long before he met Ann. It was the December he came home from Vietnam and his mother sent him out around noontime on Christmas Eve to buy a tree. John called his buddy Barry and they turned it into an excursion. After settling all the issues of the world over several hours and several drinks, they noticed outside the darkness was gathering. They needed to get a tree but their money was all spent.

Under cover of dim light, they wheeled their car into a new subdivision in Chili and picked out a perfect tree. They sawed it off and left a 4-foot high stump on the lawn of a newly built home. It’s a miracle they didn’t get arrested. Not for cutting the tree, but for driving home drunk in a snowstorm in a convertible with the top down and a Christmas tree in the back seat. Subtle!

John never lost his sense of humor, even to the end of his life. He had contracted throat cancer for the second time and required oxygen. So his friends and family took turns sleeping on the living room couch, forming an overnight fire watch in case he had any needs.

On one overnight, I got hungry late at night and raided his icebox for a Dove bar. The next morning, I was ready to make him some eggs when John offered, “You know, this will sound crazy, but I really want ice cream for breakfast.” When I opened the freezer door, I was relieved to find one remaining Dove bar. I couldn’t imagine the weight of my guilt if I had eaten a dying man’s last Dove bar. I made sure to hit the grocery store that day.

About three days before he passed, I was back on overnight duty. But this time I came prepared. I brought a bag of microwave popcorn to fend off the munchies. John had gone to bed around 8 p.m. and I decided to pop my corn about 15 minutes before the 11 o’clock news. The smell of the popcorn permeated the small house. If that didn’t wake up John, I surely did. A kernel irritated my windpipe and I started to cough. The cough resembled choking, and it persisted for about 10 minutes. Then a weakened, sarcastic voice rang out from the bedroom, “You’re not gonna die on me, are you?”

I didn’t. But that Sunday, on St. Patrick’s Day 2013, Johnny sampled some corned beef from his family’s tavern, Carroll’s Restaurant, then passed the next day. He made me laugh to the end.