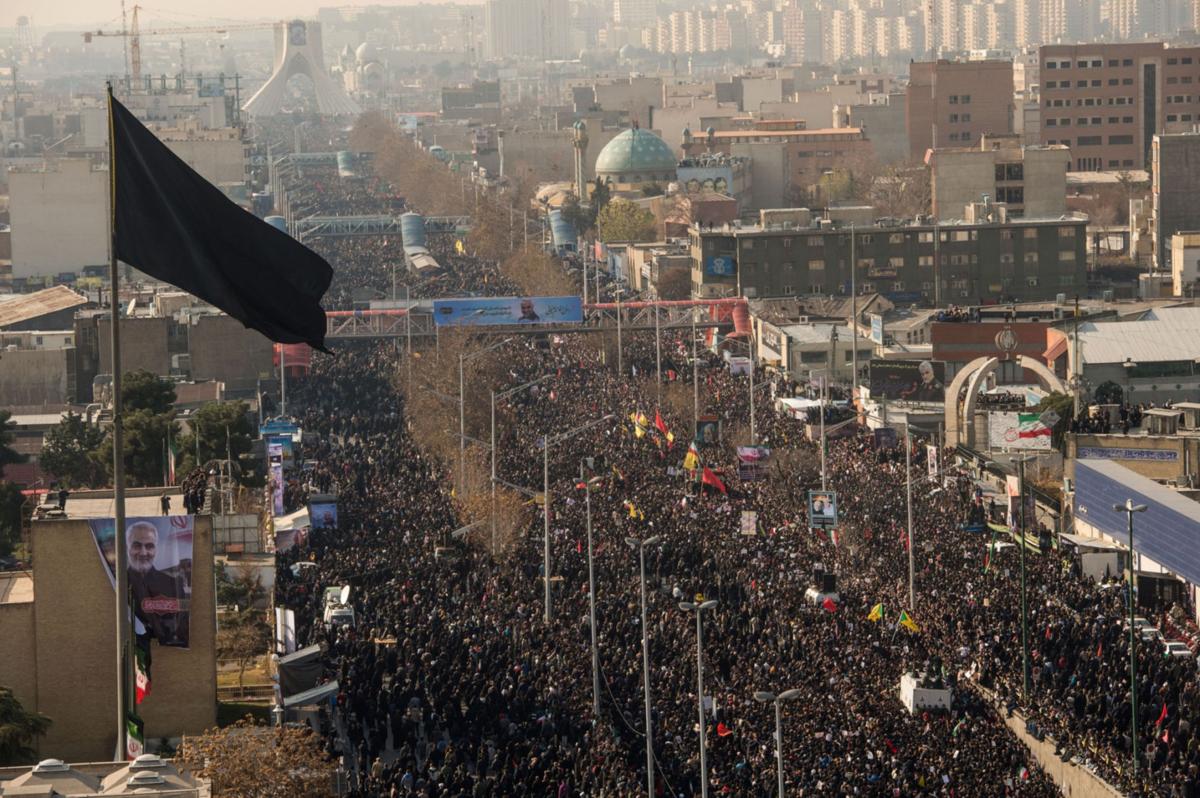 Crowds gather for the funeral procession of Major Gen. Qasem Soleimaniand others killed in a U.S. drone strike at Baghdad airport in Tehran, Iran. Ali Mohammadi/Bloomberg 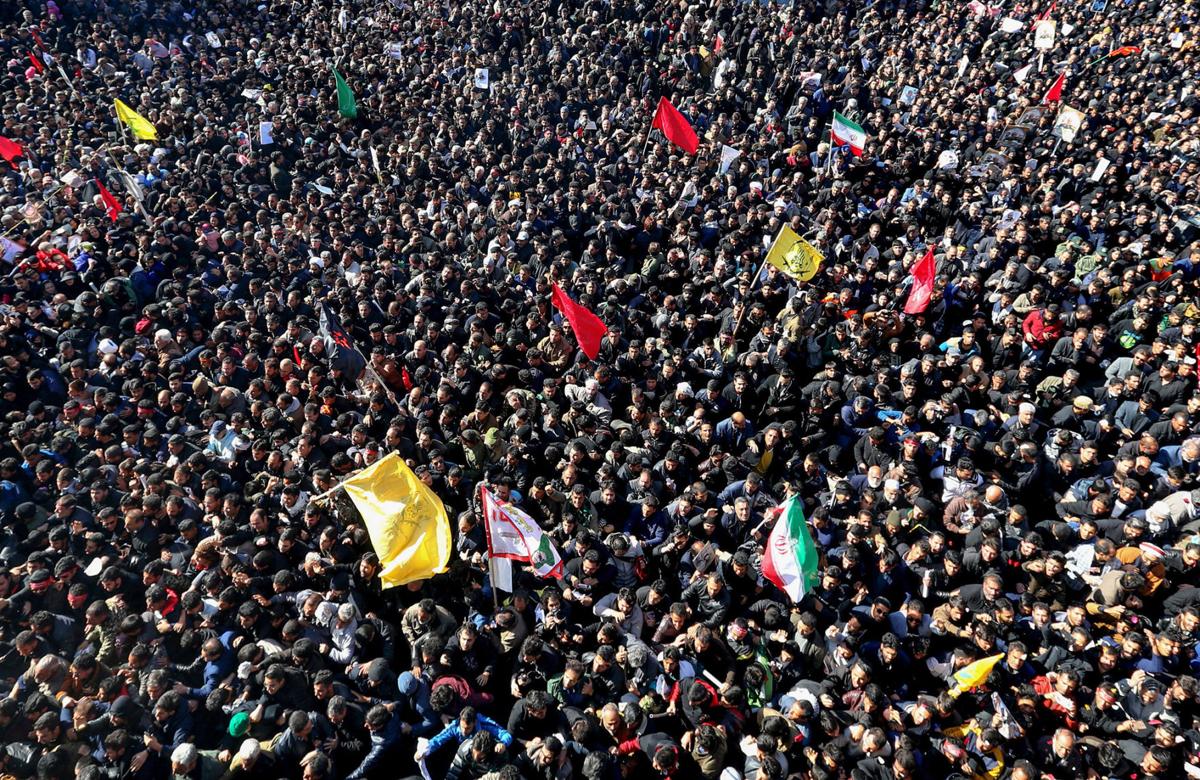 Crowds gather for the funeral procession of Major Gen. Qasem Soleimaniand others killed in a U.S. drone strike at Baghdad airport in Tehran, Iran. Ali Mohammadi/Bloomberg

“We took a bad guy off the battlefield. We made the right decision.” That is the sophomoric justification that Secretary of State Mike Pompeo provided for President Donald Trump’s risky gambit of killing Maj. Gen. Qassem Soleimani, the head of Iran’s Quds Force.

If we have learned anything from the past 17 years, it is that killing a bad guy doesn’t necessarily make the situation any better. Saddam Hussein was as bad as a guy can get, but his ouster and execution only unleashed chaos. That’s why I regret my support for the Iraq War; Pompeo clearly does not. He and Trump (who supported the Iraq invasion before he opposed it) seem to have learned nothing from that fiasco. They are sucking the United States into another Middle East conflict with a surfeit of arrogance and a deficit of strategy.

It’s still possible that Soleimani’s demise in a U.S. drone strike will deter Iran from greater villainy, but so far, the fallout has been entirely negative. Iraqis and Iranians who just a few weeks ago were protesting the Iranian regime are now protesting the United States. The Iraqi parliament just voted to expel U.S. troops. So much for Pompeo’s vapid boast that Iraqis were “dancing in the street” because Soleimani is “no more.”

The Iraqi vote is nonbinding, but it makes it more likely that Soleimani might achieve in death what he could not achieve in life — a pullout of U.S. forces that would leave Iraq entirely at Iran’s mercy. Also since the strike, U.S. forces in Iraq have suspended their operations against the Islamic State to brace for Iranian retaliation. There is no point in deploying troops if their only mission is to protect themselves.

Actually, it does work that way, because Iran is a rogue regime and the United States is a rule-of-law country. Or at least we were. It’s laughable to hear Pompeo say that “We have developed a strategy to attempt to convince the Iranian regime to behave like a normal nation.” Normal nations don’t threaten to blackmail other countries or destroy their cultural sites.

This whole crisis started in 2018 when Trump pulled out of the nuclear deal despite Iran’s compliance. One of his chief complaints was that the agreement’s expiration date was too short. Thanks to Trump’s rash act, the sunset period has gone from 15 years to zero: On Sunday, Iran announced that it would no longer comply with any of the limits in the agreement.

All of these consequences, which have occurred even before Iranian military retaliation, were entirely predictable. It is for such reasons that previous administrations refused to kill Soleimani. Did Trump realize what would happen? Did he hear from opponents of the decision and carefully weigh all of the ramifications? The questions are rhetorical; we all know the disturbing answers.

Naysayers such as former defense secretary Jim Mattis are long gone from Trump’s inner circle; if Mattis were still around, he probably would have blocked the strike on Soleimani. So Trump made what is perhaps the most important life-or-death decision of his presidency with his usual flippancy, in between golfing and campaign bull sessions. Normal people devote greater care and attention to buying a sofa, as David Brooks suggested in 2016, than Trump does to acts of war.

Pompeo, who is a primary advocate for a get-tough-on Iran strategy, then claimed that Trump had to act to stop an “imminent attack.” But the administration refuses to provide any public evidence, and members of Congress and Defense Department officials who have seen the intelligence are skeptical. Indeed, it’s hard to see how killing Soleimani would stop an attack that was already in motion. It is impossible to take on faith anything we are told by the most dishonest administration in U.S. history, and Pompeo’s smugness and truculence do not help its cause.

The administration has made no real effort to convince either domestic or international critics of the rightness of its cause. Trump didn’t bother to notify congressional leaders before acting, and now he pretends that he’s keeping Congress informed by tweeting blood-curdling threats. Trump continues to sabotage any attempts to gain bipartisan support by conflating his political opponents with the United States’ enemies, while Pompeo continues to wrongly blame the Obama administration for a crisis of Trump’s own making.

“Jesus, do we have to explain why we do these things?” an imperious State Department official demanded during an administration press briefing. Yes, you do, and you’re doing a terrible job so far.

Sophomoric justifications? Granted, Trump didn't overthink this one. But the intel on the bad guy tells a horrific story. Most of the terror attacks are scripted, literally, by this bad guy. Iran's tentacles can be traced to terror organizations that have killed numerous Americans, Isralis and a half dozen other countries uninvolved citizens. Compounding the matter is his terror plots have been against his own countrymen, with thousands picked up and tortured many killed. A recent defector tells the tragic story of a female Canadian held in an infamous prison, tortured , raped then eventually murdered. No person in his right mind, in a position of authority, and with the ability, would forgo the opportunity to kill that man. The Iranian response indicates their understanding of the situation, and the fear more reprisals may come. .

"No person in his right mind, in a position of authority, and with the ability, would forgo the opportunity to kill that man."

no. both bush and obama decided the risk in taking him out was not worth it.

What I see is 176 innocent civilians killed for no reason...entire families wiped out.. and leaders will always claim it's the other person's fault.. History tells us every time there's a conflict, civilians, who have no dog in the fight, always pay the highest price.. the US did the same thing in 1988 shooting down an Iranian passenger plane, killing another 290 civilians.. there's got to be another answer ..

There is another answer... Iran should join the world community, reform their government and free their people from brutal repression.

can you explain how us reneging on the nuclear deal and killing soleimani is going to encourage iran to rejoin the "world community"?

I love it! Boot says this crisis started when Trump pulled out of the nuclear deal. Yes, Iran was such a peace-loving country before that. Iranian citizens were allowed to protest against their gov't without fear of being shot in the back and had all of the same freedoms we have here in the West. I must have missed something.

What do you think of the article?

We are going to kill American soldiers to help Trump get re-elected. Anybody who believes otherwise is probably a timeshare condo owner.

After you, my dear Alphonse.

We need to go to war with them then? Republicans tried to pass laws allowing protesters to be hit by cars when they were crying about "antifa". Republican Bills were introduced in five GOP-controlled legislatures that called for some degree of exemption from civil liability for drivers who hit protesters in a roadway

WRONG KB....Those are fake claims ....ergo fake news and you took the bait... "Republican lawmakers in a handful of states — and with the help of Democratic legislators in one case — did introduce bills that would have afforded some protections to drivers who injure demonstrators blocking traffic. But those measures would have applied to drivers exercising “reasonable care” or “unintentionally” injuring someone who was obstructing traffic, and some were specific to civil charges. All but one that we found were proposed prior to the Charlottesville attack — not after it — and none were ultimately enacted." Do some research..

Which is exactly why a better deal is necessary and one which the other parties to the nuclear deal are now pushing for.

as a result of trump pulling out of the nuclear deal (even though iran was complying), iran has restarted its nuclear program. the goal of the original deal was never to solve all of the iran-related problems in the world and imo it is foolish to think we're ever going to get a "better" deal.